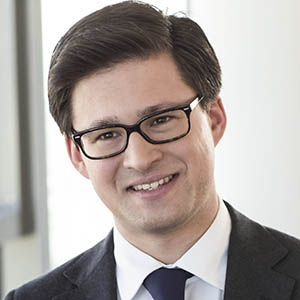 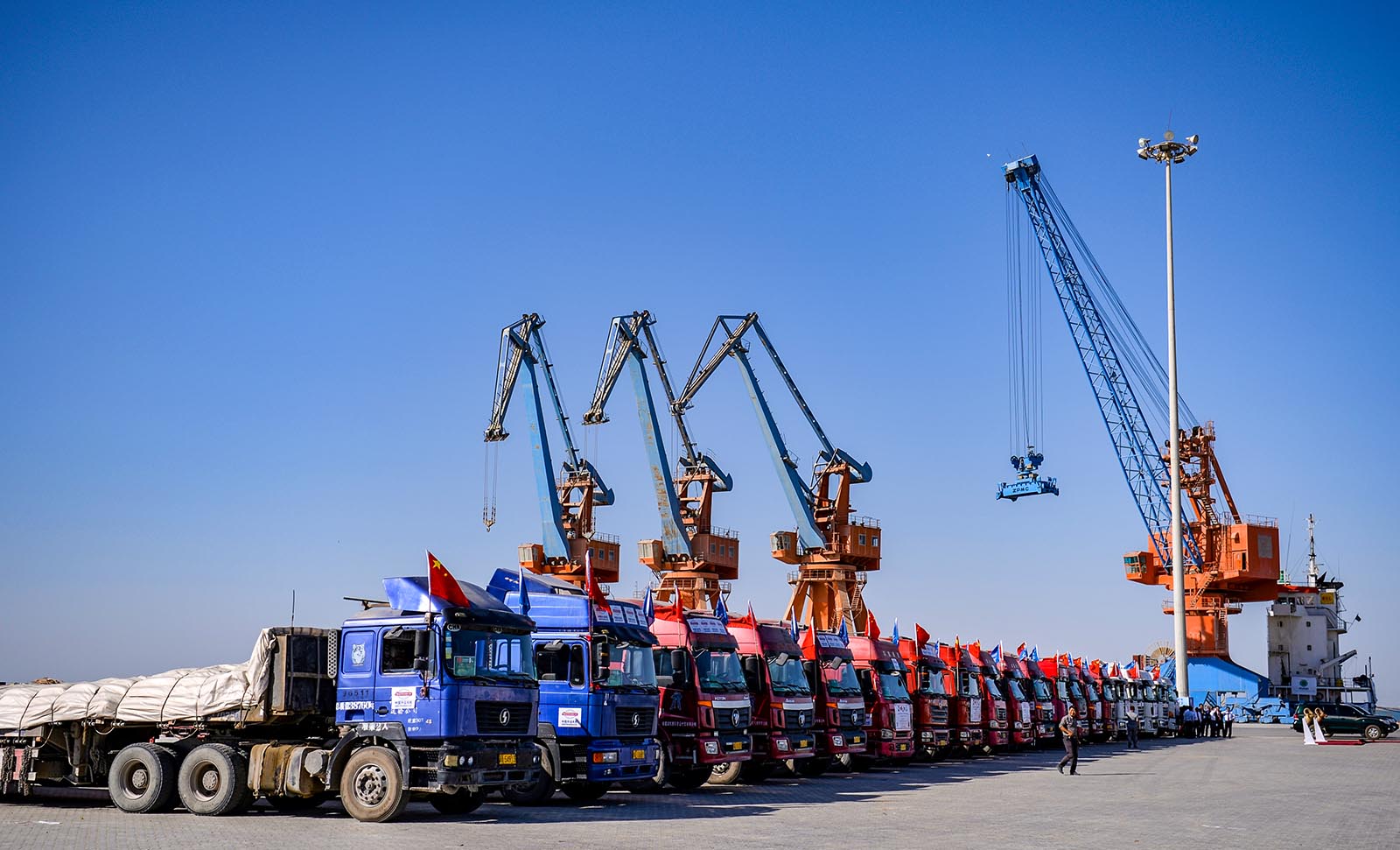 Trucks stand on a pontoon during the opening of a trade project in Gwadar port, in Pakistan. China is helping build a trade route linking Gwadar to the Chinese city of Kashgar as part of a multi-billion-dollar project to jump-start economic growth across Asia.

This is the fourth story in a weeklong series on topics related to China. The previous installments can be read here, here, and here.

Pakistan’s economy faces some short-term challenges—chief of which is its fiscal strength. It seems that the December 2017 5 percent depreciation of the national currency, the rupee, was not enough to curtail the high current account deficit—which jumped to 4 percent of GDP at the end of 2017, up from 0.9 percent the year before. The International Monetary Fund (IMF) has warned that the fiscal deficit could widen to 5.5 percent of GDP this year. It has even cited “increased risks” to the country’s ability to repay a three-year, $6.6 billion loan facility, originally arranged with the IMF in 2013.

Another concern is the State Bank of Pakistan’s (SBP) depleting foreign exchange reserves. These have fallen from $18.84 billion at the end of 2017 to $11.4 billion in April 2018, due to a surge in imports.

Meanwhile, the country faces a pending gray-listing by the Financial Action Task Force, the global money-laundering watchdog, which will commence in June 2018. Such a downgrade may lead to greater scrutiny from regulators, thereby increasing barriers to trade.

However, these drawbacks are nothing new: Pakistan has previously surmounted such challenges and may do so again.

Take a broader view, and things begin to look more positive. Consider Pakistan’s economic growth during the post-financial crisis era. Since 2009, GDP has seen uninterrupted expansion, at ever-faster rates. Today, real annual GDP growth stands at 5.6 percent, according to the IMF—comfortably surpassing the average for emerging markets of 4.9 percent. It is not stopping there: It is targeting 6 percent by 2020.

A Corridor to Growth?

Pakistan could also be looking forward to a new beginning in the form of the China-Pakistan Economic Corridor (CPEC). Representing just one component of China’s $900 billion Belt and Road Initiative, CPEC is an opportunity for Pakistan to modernize its infrastructure with China’s help.

Through the program, China hopes to improve connectivity across Asia and, in turn, develop the economy of its northwestern regions by investing $60 billion—via loans and grants—in Pakistan’s road, railway and port infrastructure projects.

Momentum is building. Among the projects involved is the regeneration of Gwadar, a major deep-water port to Karachi’s west. Connectivity to Gwadar will also be improved by revamping Pakistan’s highway system. Other major roads, including the route between Lahore and Karachi and redevelopment of the Karakoram highway, linking China’s Xinjiang province and northern Pakistan, will soon be developed, too.

Further investment will come from China’s energy companies as they shore up Pakistan’s power network. In total, there are 21 energy projects (comprising gas, coal and solar) under development, which will eventually provide a cumulative output of up to 17,000 megawatts. Such development is badly needed in Pakistan, where poor energy infrastructure is expected to cost the economy at least 2 percent of GDP each year.

Helped by both infrastructure investment and the opportunity to deepen trade links across the globe, Pakistan appears on the growth path.

CPEC will also ensure improvements to critical railway routes. The Karachi-Peshawar Line, which currently runs south-north across the length of Pakistan, will not only be upgraded, but also extended to join China’s domestic lines.

Trade Poised To Benefit Across Asia

CPEC clearly spells good news for Pakistan’s trade—with China, the rest of Asia, and beyond.

China is already Pakistan’s largest trading partner, but by enhancing connectivity between the two neighboring countries, CPEC will doubtless increase the countries’ bilateral trading volumes. For instance, development of Gwadar looks set to ease the flow of imports and exports. And by increasing access to trade routes in the Indian Ocean, the Persian Gulf and East Africa, CPEC will dramatically reduce shipping times, as goods will no longer need to spend days traversing the South China Sea.

Of course, as with other emerging markets in the region, such as Nepal and Bangladesh, the Pakistani market remains relatively new territory for Asian banks. A case in point is the commodity trade between Pakistan and Singapore—an area where banks in the region tend to struggle. With approximately 20 local Pakistani banks relying on Commerzbank for trading links to Hong Kong, Beijing, Shanghai and Singapore, we are keen to find out how Pakistan’s Asian trade will evolve in a post-CPEC environment.

In particular, infrastructure development under CPEC will likely spur new demand for imports of capital goods. Commerzbank has already seen this process first hand—having supported a Scandinavian company export to a Pakistani industrial plant just last year, for example. Such imports used to be financed 100 percent in rupees. But as a result of the country’s dwindling foreign exchange reserves, the SBP has recently decreed that they must now be financed by a 50/50 mix of local and foreign currencies. This, in turn, will ramp up demand for longer financing tenors and export credit agency-covered finance.

Without a doubt, maintaining such progress will hinge on rising prosperity. But expectations are positive: As cooperation with China generates a flurry of economic activity, CPEC projects are estimated to boost GDP by an annual 2 percent. New jobs created by the program, meanwhile, could reach the two million mark.

Encouragingly, financial institutions are keen to support this new activity. According to the SBP, credit extended by local banks to domestic companies is expanding, especially for pharmaceuticals, chemicals and building materials businesses. Indeed, we have seen banks in Pakistan returning stable profits over 2017. Despite the low-interest rates environment, they are in a promising position for 2018.

So what’s next for Pakistan? The immediate future will bring the next general election in July, which is significant in its own right. This will mark only the second consecutive time that a democratically elected Pakistani government has completed its full term—a sure sign of the country’s growing stability. With this in mind, CPEC’s lofty ambitions stand a chance. Helped by both infrastructure investment and the opportunity to deepen trade links across the globe, Pakistan appears on the growth path. While challenges remain, the glass seems half-full.