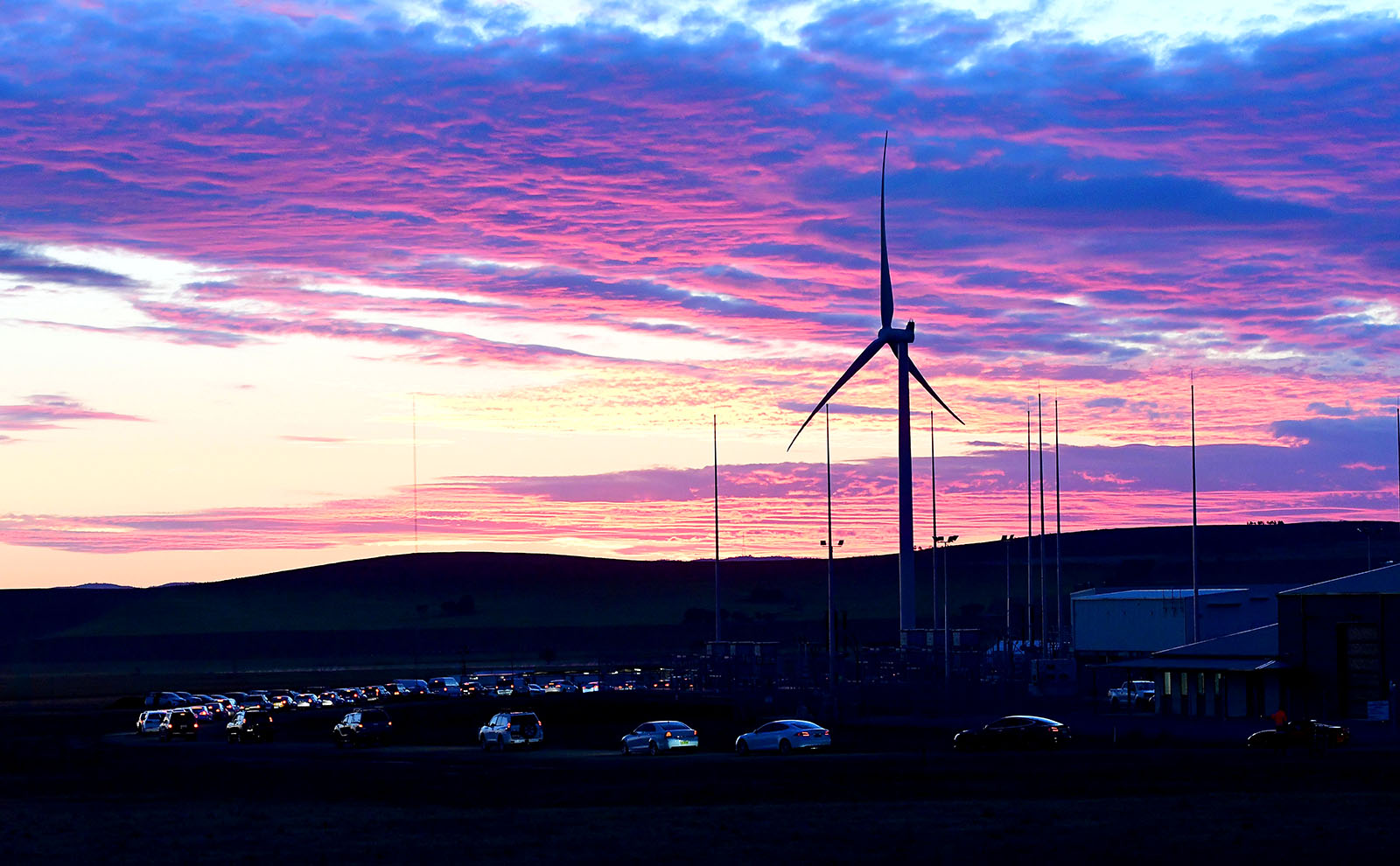 Tesla's new Hornsdale Wind Farm in Adelaide, Australia. The project will be capable of an output of 100 MW of power.

2018 has already been unofficially declared as the year of the electric car. The next 12 months are likely to bring us closer to the dawn of a new era of renewable energy, when electric batteries will power many of the world’s cars, homes, and indeed entire communities.

So how will this year play out for renewables?

We will likely see the levelized cost of building and operating solar or wind power become cheaper than the operating costs of coal-fired power generation. We can also expect more and more lithium-ion batteries in homes (both on- and off-grid) and in the power grid itself.

I predict that more coal power plant projects will be abandoned, as the underlying economics of renewable energy makes it a more attractive option. Investing in clean technology is set to take off amid new benchmark and price records in solar power, batteries, electric vehicles, and energy efficiency.

About a year ago, I wrote a blog about my top 5 predictions for clean energy in 2017. I was wrong on some points, as I did not anticipate that over the past year even the biggest skeptics of solar power and electric vehicles would finally give up and throw their weight behind them.

2017 ended with the unveiling of Tesla’s new battery in South Australia. It was built in 96 days with a storage capacity of 129 megawatt hours and discharge capacity of 100 megawatts of electricity. On December 20, when the Loy Yang power plant in Victoria suddenly went offline, the battery came online within 140 milliseconds (any other generator would have taken at least 10 to 15 minutes). Hopes are high on the performance of the battery as backup power in a region where a 2016 power outage led more than 1.7 million residents to lose power.

Over the past year even the biggest skeptics of solar power and electric vehicles have finally given up and thrown their weight behind them.

Around the world, news of coal plants shutting down and the rise of electric vehicles dominated the media in 2017. Like the shining sun, solar was king, and it moved from rooftops to roads and to water.

The 150 MW floating solar power plant project in Anhui, in China, and the Jinan City Expressway, with its 2 km of roads with transparent concrete over a layer of solar panels, were both big developments in 2017.

Though my 2017 forecasts were aggressive, it turned out that they were well below actual outcomes. Let’s review how I stacked up with my peers.

My first prediction was that we would see solar energy prices plummet further and become competitive with those of fossil fuels. I said that the average cost of coal generation would increase from $60 per MWh to $100 per MWh due to stricter environmental regulations and higher investment risk.

In 2017, renewable energy made negative prices increasingly common, for example, on October 29, a combination of strong wind power and low demand pushed Germany’s daily average electricity price to minus 52 euros ($64.7) per MWh—power companies were paying consumers to buy electricity. This has caused many old coal plants to shut down, reflecting their changing role as base-load providers, with daytime electricity demand met by solar and backed up by large batteries.

The price of coal also dropped, but not by as much as solar and battery prices, and in some cases, the cost of solar has already become lower than the operating costs of fossil fuel plants.

I thought that the price of solar in some auctions would drop below $25 per MWh. In fact, it went as low as $17.80 in a 300 MW auction in Saudi Arabia, 30 percent less than my estimate, followed by a similarly low figure in Mexico.

In 2018, solar prices may fall further. But the point is that the solar industry itself will finally be able to compete head-to-head with all energy technologies. I expect to see more coal plant cancellations as our fundamental assumptions about the energy industry change. In January 2017, the Chinese government cancelled 104 coal-fired projects in 13 provinces amounting to 120,000 MW of energy.

My second prediction was about the price of batteries. I said it would fall to $75 per kWh by 2020, beyond the Bloomberg New Energy Finance (BNEF) forecast of $200 and the U.S. Department of Energy’s price target of $125.

But now many reports, including BNEF, affirm that the $200 average price has already been reached, so I am confident we will reach $75 or even lower long before 2020. All we need to do is commercialize one of the many technological breakthroughs in battery technology.

As for electric vehicles, in 2017 I hoped global sales would top 1.5 million. Again I was wrong. The figure was over 2 million when the International Energy Agency published its mid-year annual report and is now probably around 3 million.

Countries in developing Asia such as China and India—as well as global car manufacturers such as Volvo—have committed to producing 100 percent electric vehicles by 2030.

China alone has had about 490,000 plug-in electric passenger cars registered in 2017. But we are still far behind the 20 million electric vehicles we need to meet the Paris Agreement on climate change and limit temperature rise to 2 degrees Celsius over the next 24 months.

My fourth prediction was that solar would become the pre-eminent form of renewable energy, as it will become cheaper than wind in most cases. I expect investments in renewable energy to be greater in solar than for any other energy technology in most parts of the world and without subsidies.

The solar battery market to watch then, and still now, is Australia. In 2017, Australia added more than 1000 kW of rooftop solar and about 17,000 home batteries. Earlier this month, the South Australian government built the largest lithium-ion battery in the world for electricity network security services.

The Tesla battery at the Hornsdale Power Reserve absorbed between 15-26 MW for 194 minutes, whereas the wholesale electricity market had negative prices. In other words, the battery power station was paid about $795 per MWh to take electricity, which they could sell back to the grid at a higher price. This is the future.

A year ago I argued that with such low battery prices, those who still believe solar energy and storage would never wipe out investments in fossil fuels are living in denial. This still holds true, and the trend will escalate in 2018.

2018 will be more exciting, and my slogan for this year is: The battle for solar and electric vehicles is over—either you are in or you are out. Make sure you are in, or you will in fact be left out!

Sohail Hasnie is a firm believer that the solution to climate change lies in new technology, and has applied new technology to many ADB projects as an energy specialist since 2001 in Afghanistan, Cambodia, China, India, Indonesia, Malaysia and Mongolia, among other Asian countries. With an academic background in engineering, business and entrepreneurship, before joining ADB Mr. Hasnie worked on wholesale electricity market design, pricing regulation, energy efficiency and demand management for the state power utility and independent regulator in Melbourne, Australia.

Mark Campanale Founder and Executive Chair of The Carbon Tracker Initiative
URL: https://www.brinknews.com/clean-energy-predictions-for-2018-and-what-i-got-wrong-about-2017/
Get ahead in a rapidly changing world. Sign up for our daily newsletter. Subscribe
​​