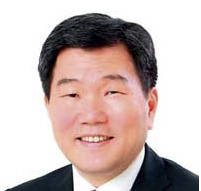 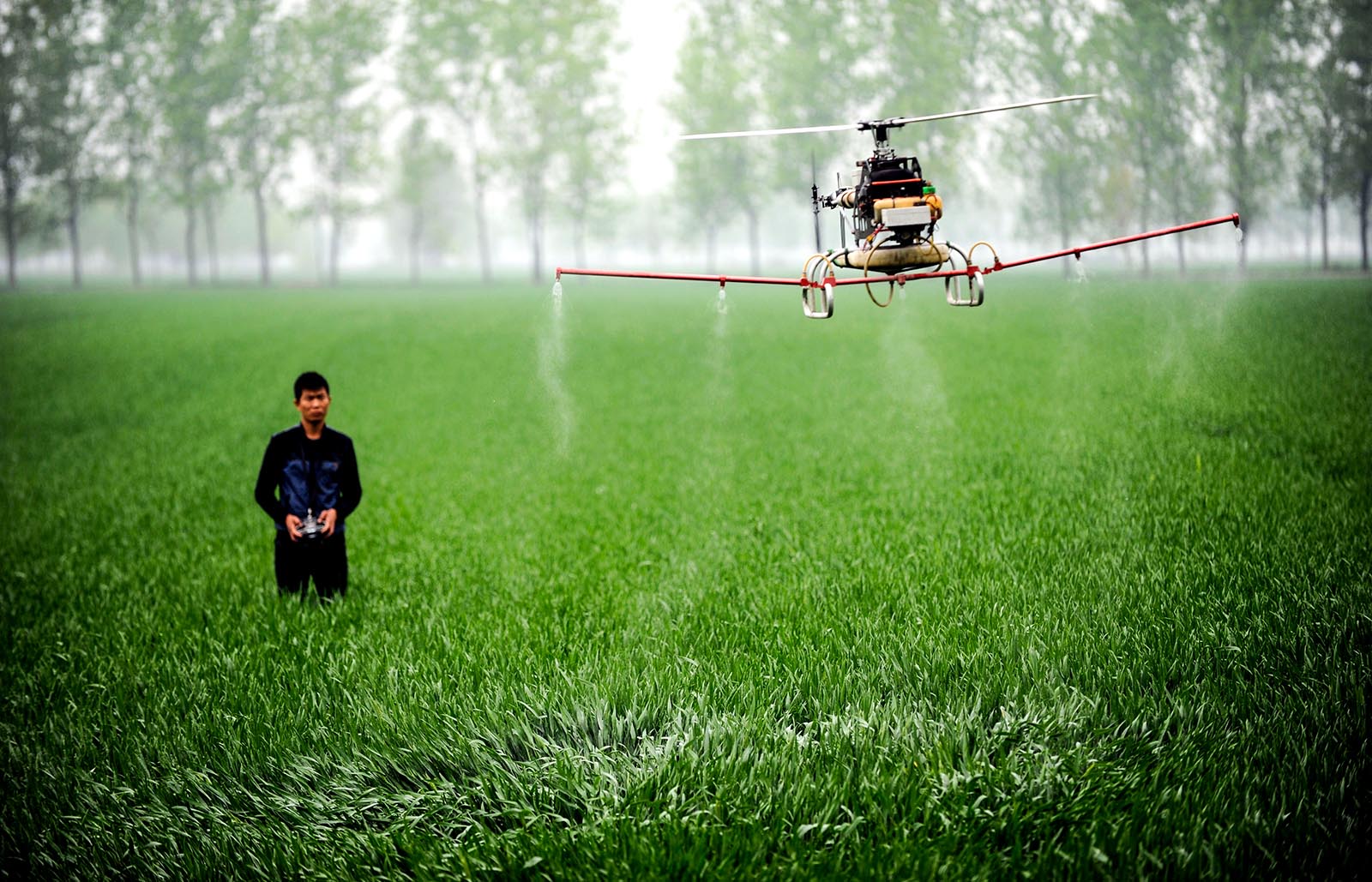 A man controls a drone to spray pesticides on a farm in Bozhou, central China's Anhui province.

Think of a modern farm. You might imagine neat rows of crops, shiny new tractors, perhaps mechanized irrigation systems. But you’d be only partly right.

For truly modern agriculture, we need to look to the skies, where drone technology will work its magic.

Drones will have a particularly powerful effect on the developing world, where mostly smallholder farmers face enormous challenges producing quality food and selling it for a decent price. Combining their technological efficiency and accuracy with the emerging gig economy will help these farmers step into the future.

The green shoots of this transformation are already sprouting in China, where farmers are using drones for crop-dusting. Affordable, locally manufactured drones can spray pesticides across huge areas, helping cut labor and equipment maintenance costs. They also get the job done fast—more than 500 acres per day.

Developing countries in Asia should try to anticipate the future uses of drone technology. Drones make precision farming a reality. They can carry out surveys like infrared mapping to gather crucial information like crop condition, costing farmers as little as $5 per acre. With the survey data in hand, the farmer might be able to boost crop yields by 20 percent. The time spent doing the surveys are reduced from a couple of days to a couple of hours. In these countries, agriculture doesn’t contribute as much as it should to gross domestic product because it’s typically not competitive. Most farms are small and unproductive. Young people are leaving in search of city jobs that provide higher salaries. Farms are being abandoned or left to the elderly who toil alone in the fields.

Drones could make farming easier and more profitable for those who still work the land, and even attract youth back from the city. They can also be part of the solution to possible food shortages as more nimble, profitable smallholder farms produce more affordable food. In Asia, a booming population will account for much of the global rise in beef, poultry and fish consumption over the next decade or so.

By 2030, more than 60 percent of the developing world’s cereal demand will come from South and East Asia. To meet demand, food production will have to increase by 60 to 70 percent compared to a decade ago.

Drones and other high-tech kit might sound too expensive for poor farmers. But in fact such technology is getting cheaper. A drone from a mainstream manufacturer now costs as little as $400, and a complete system for a small farm about $5,000.

After purchasing the hardware, drones will be almost free to operate once they run on renewable energy. An octacopter drone only needs $1.20 worth of electricity from the grid to carry a 10 kilogram payload for 30 kilometers.

Furthermore, once drones can work autonomously, farmers will be able to operate them using a smartphone app, pick the survey type and area and get the results via email. It will be a cheap, high-quality service with no ownership or maintenance fees, and include performance benchmarks based on crop type, topography, geography or climate conditions.

Dozens of tech startups are introducing drone technology in agriculture throughout developing Asia. They are targeting a demographic of largely young people who understand technology and how it can apply to farming. Some of these young people have been trained in cities but are not finding decent jobs there. The prospect of better incomes will entice them back to farming.

These young people will increasingly see themselves not as farmers, but as agricultural entrepreneurs. Environmentally and socially conscious young people will make good money while reducing their carbon footprint and creating jobs for the poor.

These tech-savvy “agro-preneurs” can provide breakthrough services such as on-demand farming, leveraging the Uber business model to deliver fresh food direct to the customer. This would cut out middlemen who often take a big slice of farmer incomes in fees.

Vertical farming and modern hydroponics are changing how we grow food to match evolving consumer preferences for sustainably sourced, locally grown fresh produce. Small farmers can grow it, but they barely make a profit in costly traditional supply chains.

A new product delivery system that overcomes substandard roads, inclement weather and traffic will be a game changer. Drones are ideal for places where distances between producer and consumer are short but infrastructure is precarious, as in many parts of the developing world.

Drone power combined with Big Data will also lend smallholders better knowledge of what and when to produce, and whom to deliver to. They can then market their produce to consumers with greater confidence, and consumers will know well ahead of time where the food is from and how it has been grown.

Just like crop surveys by drone, a “boutique” food delivery system could work via an app that delivers customer orders to farmers and tracks the drone delivery from the farm to the customer’s location. It would be the Amazon Prime of vegetables.

Farmers would make even more money if they organized themselves as cooperatives. This would give them scale, pooling investments in drones and managing logistics for their members. This approach already works well with tractors and combine harvesters.

Adding drones to the cooperative model, perhaps by including drones and other technological innovations into cooperatives policy, would take it to the next level.

Farmers could pool their funds to buy a drone and share it. Or an agro-preneur can purchase a unit to serve multiple villages for a fixed membership or per-use fee. In any case, a communal approach is crucial for smallholders to get more bang for their buck.This is already happening in China, where the startup Nongtian Guanjia is connecting farmers with drone operators to determine the most efficient ways to spread fertilizer and pesticide on crops.

It’s only a matter of time before the gig economy changes farming forever. What Uber has done for urban transport, drones can do for farms—and the billions of people who depend on them.

A version of this piece first appeared in the World Economic Forum Agenda.

Sohail Hasnie is a firm believer that the solution to climate change lies in new technology, and has applied new technology to many ADB projects as an energy specialist since 2001 in Afghanistan, Cambodia, China, India, Indonesia, Malaysia and Mongolia, among other Asian countries. With an academic background in engineering, business and entrepreneurship, before joining ADB Mr. Hasnie worked on wholesale electricity market design, pricing regulation, energy efficiency and demand management for the state power utility and independent regulator in Melbourne, Australia.

Sungsup Ra is chair of the Education Sector Group and director, Human and Social Development Division, South Asia Regional Department at the Asian Development Bank. Since joining ADB in 2001, he worked as director, Pacific Strategy and Special Operations, Pacific Department, senior advisor to the Managing Director General, and deputy country director for Bangladesh and Nepal Country Offices. Prior to ADB, he has a broad range of experience working with public and private entities such as Samsung and Korean National Pension.