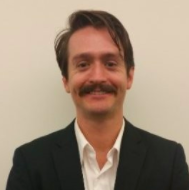 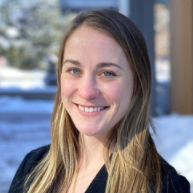 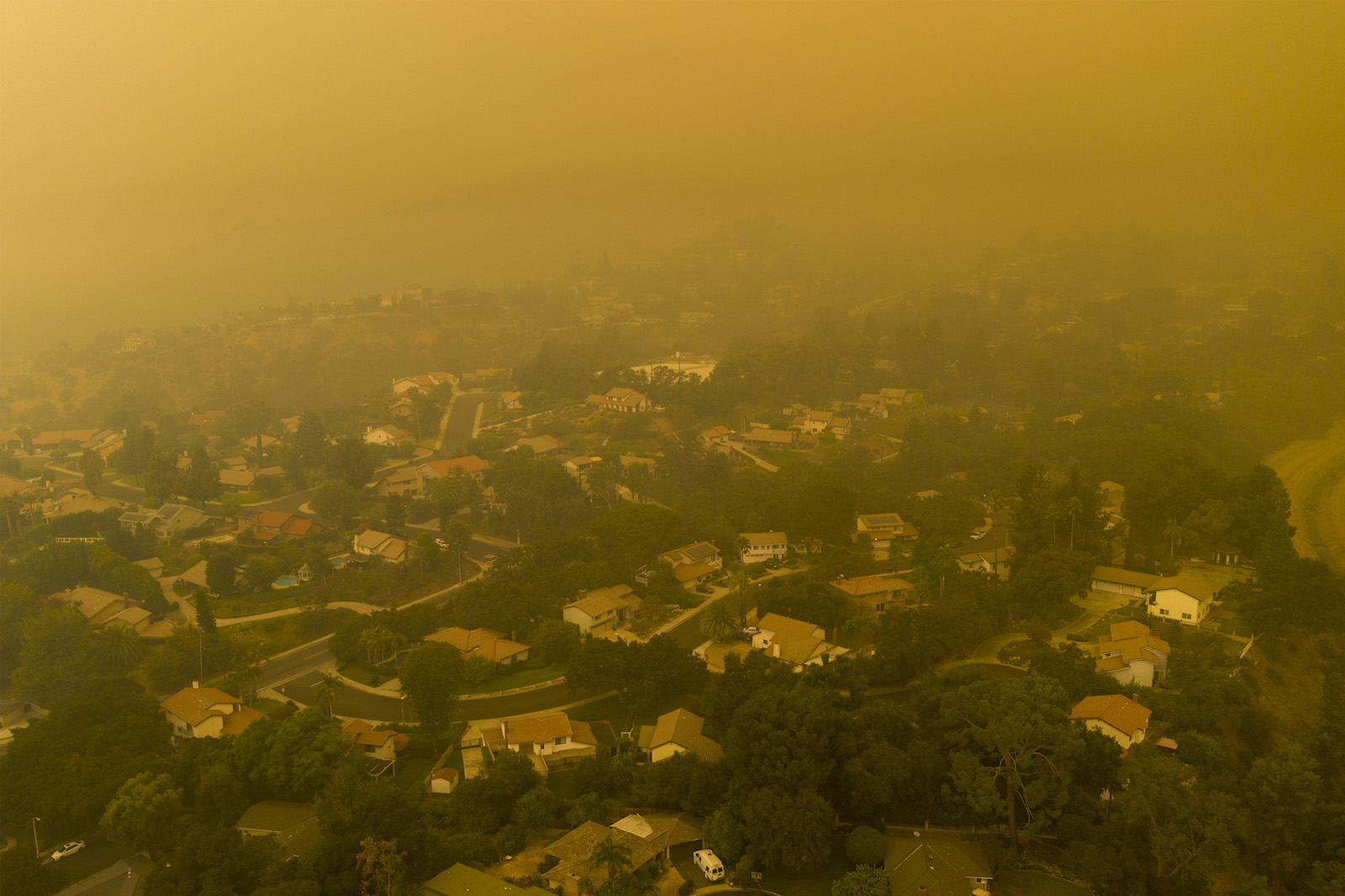 Neighborhoods are enshrouded in smoke as the Bobcat Fire advances toward foothill cities on September 13, 2020, in Monrovia, California. California wildfires have already incinerated a record 2.3 million acres this year.

COVID-19 isn’t the only crisis taking a toll on California this summer. Record-breaking heat has helped fuel the largest wildfire season on record, with more than two million acres already burned. Smoke from the fires has blanketed much of the state, causing some of the worst air quality in the world.

It’s clear that the climate crisis is here and that we need to act fast to slash emissions across every sector of the economy. California has already made progress toward this goal with an executive order mandating that the state achieve carbon neutrality no later than 2045. But determining how exactly the state will eliminate carbon emissions in that timeframe is still an open-ended question, particularly in stubborn sectors like buildings.

Researchers at Energy and Environment Economics (E3) mapped out several paths for the California Air Resources Board in their recent report Achieving Carbon Neutrality in California. In this report, E3 evaluates three different scenarios to achieve carbon neutrality by 2045: “Zero Carbon Energy,” “Balanced,” and “High Carbon Dioxide Removal.” Each varied in how much it relies on directly cutting fossil fuel emissions, such as electrifying buildings, versus relying upon carbon dioxide removal strategies, such as direct air capture and land-based carbon sinks.

This report adds to a growing body of work that makes clear that aggressive building electrification is required to truly tackle climate change.

The Imperative to Electrify

One of the key takeaways from the E3 report is that aggressive building electrification is considered a “least-regret” strategy to get to carbon neutrality by 2045, meaning it’s required for the state to reach its carbon goals in a cost-effective manner. In all three paths to carbon neutrality that E3 evaluated, the retail natural gas distribution system will need to undergo “a significant reduction in use,” and one of the scenarios recommends the complete decommissioning of the system by 2045.

Regardless of the precise approach taken, California will require substantial fuel switching of its gas appliance stock to reach carbon neutrality. Even in the least aggressive electrification scenario, gas water heaters are reduced from 95% of the residential housing stock today to 23% by 2045. Space heaters also see a similar reduction, from 82% to 27%. Reductions of this magnitude will require a massive market shift in the annual sales of space and water heating appliances.

Given there were roughly 114,000 new residential units built in 2018, one strategy to reach this market growth would be for the California Energy Commission to require all new construction to be all-electric in the 2022 code cycle. All-electric new construction has the benefit of lower upfront costs compared with mixed-fueled buildings, while also eliminating the danger of expanding the gas system that will inevitably become a stranded asset.

Though the E3 study does not perform a detailed air quality analysis, it uses statewide fuel combustion as a proxy for potential air quality and health impacts. Combustion in our homes contributes to harmful levels of toxic pollutants that cause respiratory illnesses, including asthma.

The scenario that assumes high levels of carbon capture relies most heavily on fuel combustion, resulting in higher levels of pollution and negative health impacts. In contrast, the aggressive electrification scenario avoids or mitigates the most fossil fuel emissions and creates the greatest opportunity for co-benefits, such as improved health and air quality.

UCLA researchers found that replacing all of California’s gas appliances with electric appliances would prevent 900 cases of respiratory illnesses, lower health care costs by $3.5 billion and save 350 lives every year. These co-benefits make building electrification a highly compelling strategy for emissions reductions, especially compared with alternatives that rely on higher levels of combustion.

We Need Low-Carbon Fuels, but Not in Buildings

Alternative fuels, such as biofuels, hydrogen and synthetic gas, still have a role to play in a low-carbon future. However, that role is not in the buildings sector. All three of E3’s carbon reduction scenarios assume California will use the state’s full population-weighted share of U.S. waste biomass, plus 5% hydrogen blend in our pipelines. Two scenarios assume additional low-carbon fuel use on top of that. These alternative fuels are largely used in industry applications and heavy-duty trucks.

In fact, the scenario with the most aggressive building electrification also assumes the highest demand for low-carbon fuel by 2045. In other words, building electrification does not equal the end of gas altogether. It’s time gas utilities understand this fact. Rather than continuing to push for alternative fuel use in buildings, they ought to find a proactive set of climate-aligned business solutions, such as transforming the gas utility business model to provide heat as a service and supporting the transition to heat pumps.

National and international studies reach the same conclusions: We need aggressive building electrification to meet climate change goals, and alternative fuels will play a role in other sectors. The reality is that alternative fuels are expensive and supply constrained. Their limited supply should be used in hard-to-electrify sectors, not the building sector where affordable, efficient and clean electric technologies exist on the market today.

Among E3’s pathways to carbon neutrality, the aggressive electrification scenario presents the lowest risk for inadvertently exceeding carbon reduction goals and for causing harmful health impacts associated with fuel combustion. The greatest risk for the aggressive electrification scenario is that consumers may not adopt electric technologies as quickly as needed to meet climate goals. Policymakers should take this to heart by understanding that to minimize statewide health and climate change impacts, they must accelerate adoption of clean electric technologies, especially in buildings.

As climate change-fueled disasters worsen, California cannot afford to wait. Slow action may be as detrimental as inaction when human lives are on the line.

Jonny Kocher is an associate in the Building Electrification Program of the Rocky Mountain Institute.

Leah supports city and state efforts to eliminate fossil fuel use in buildings. Her primary work is in the western U.S., but she also provides regulatory and policy support for building electrification across the country.

Mark Campanale Founder and Executive Chair of The Carbon Tracker Initiative
URL: https://www.brinknews.com/climate-change-is-ravaging-california-its-time-to-electrify/
Get ahead in a rapidly changing world. Sign up for our daily newsletter. Subscribe
​​