Companies Eager to Invest in Cuba—But Should Weigh The Risks 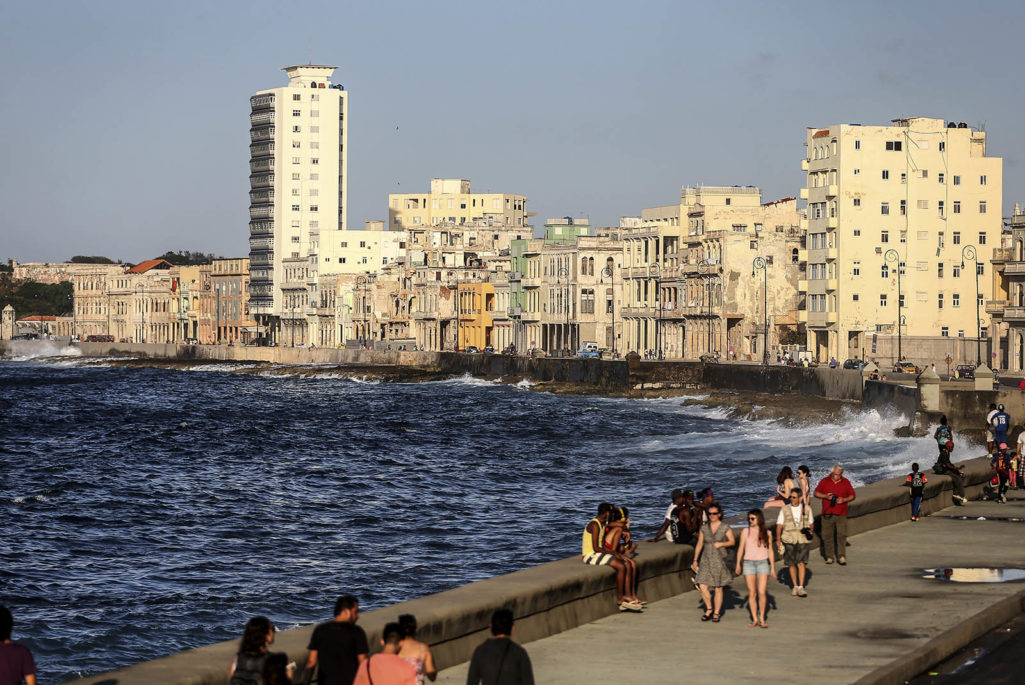 People walk along the Malecon a day after the second round of diplomatic talks between the United States and Cuban officials took place in Washington, DC on February 28, 2015 in Havana, Cuba. The dialogue led to efforts to restore full diplomatic relations and move toward opening trade.

In the months since President Obama initiated a thaw in U.S.-Cuba relations, foreign and American firms in particular have begun to demonstrate a great deal of interest in Cuba as a profitable market for investment.

And while the two formerly hostile nations are taking rapid steps to restore full diplomatic relations—the U.S. officially removed Cuba from the state-sponsored terrorism list at the end of May—companies looking to successfully invest should temper their expectations.

“At this point, you are really at a preliminary stage of commercial potential,” said Carl Meacham, Director of the Americas Program at the Center for Strategic and International Studies. “But ultimately the big question is: What is the willingness of the Cubans to make the necessary changes to become attractive for investment?”

Without full partnership from the Cuban government, says Meacham, investors will have to account for a number of significant risks, including unstable financial systems and chronic corruption on the island, in the formula for potential financial success.

“The Cuban government wants the changes that will occur to occur at a pace that suits them,” Meacham said, referring to the financial and legal regulations that still need to be developed to ensure companies could invest with confidence.

For one, Cuba has been cornered off from the capitalist economy for so long, that it does not yet have a stable financial infrastructure to facilitate healthy investment. And because the private sector has traditionally had an uneasy relationship with Cuba’s economy, foreign investors may be perceived as a threat to its government.

“On the one hand, [investors] could attract more capital,” said Meacham. “On the other hand, with more private sector folks circulating in and out, it also represents letting go of some of the controls [Cuba] has had on the island.”

It will take years for the Cuban economy to mature before investment can be regulated and done with moderate risk.

But Cuba has already taken steps to bolster its international financial standing, looking to restructure its debt. The head of the Paris Club met with Cuban finance officials in March for talks on the island’s debt.

“We have moved very quickly. There is plenty of will on the Cuban side and the side of the creditors to begin this work,” Paris Club President Bezard told a news conference in Havana. “We are going to close the reconciliation within a few weeks, and then a few weeks or months later we will have a negotiation.”

It will take a number of years for the Cuban economy to mature to the point where investment can be regulated and done with only moderate risk, but in the meantime, a number of global companies are seizing the opportunity to make an early mark in the frontier of an open Cuban economy.

Airbnb, the San Francisco-based online rental giant, has already begun operations in Cuba and has claimed the island as its fastest-growing tourism market to date—despite the fact that Americans are not yet allowed to freely travel to the island.

“Forty days ago we launched in Cuba, we launched with 1,000 homes in Cuba — today we now have 2,000 homes,” Airbnb CEO Brian Chesky told Bloomberg. “I don’t think we’ve ever had a market grow as fast as Cuba.”

In the UK, where there is no trade embargo with Cuba, companies have seized the opportunity to invest with even greater zeal. Thirty-two British corporations will invest about $400 million in Cuba as part of the UK’s Cuba Initiative Project. The companies will focus in growth areas including tourism, agriculture, and energy, according to The Telegraph, and will even build a new golf course in the promising vacation town of Varadero.

Tourism, agriculture, energy, and communications “are all areas in which I think you are going to see folks going down to assess the terrain and figure out if it’s a worthy risk,” Meacham said of foreign investors in Cuba. But even though Cuba has been removed from the list of state sponsors of terrorism, experts believe that businesses will continue to encounter significant risks until the island develops transparent and reliable financial infrastructure and the decades long trade embargo is lifted.

“The overall risk with Cuba will remain as long as the embargo is in place,” Andy Fernandez, leader of Holland & Knight’s Cuba Action Team told the Miami Herald last month. But he recognized that significant roadblocks have already been removed due to successful diplomatic engagements with U.S. and Cuban officials.

But the more things change, the more they remain the same. Cuban infrastructure is woefully inadequate, hiring processes are tedious, and supply chains cumbersome without the ability to take advantage of U.S. suppliers. Building personal relationships and fostering back-channel lines of communication are vital for those currently doing business in Cuba.

And although Cuba has put in place a sweeping plan for attracting foreign investment, in its Portfolio of Opportunities for Foreign Investment, it’s not the first time Cuban authorities have produced a such as wish-list, according to Richard Feinberg, a senior fellow at the Brookings Institution. “This edition is much more ambitious and reveals dramatic progress—and tensions—in officials’ thinking about their nation’s economic future,” Feinberg said.

The impact of U.S.-Cuban diplomatic thaw is a matter of perspective. “I think the shift is huge but it’s not like the Berlin Wall’s falling,” said an executive with long-time business interests in Cuba.

“There are certain bureaucracies that people are still going to have to deal with and navigate to do business there,” the executive said. “Just because the Americans have dropped the embargo doesn’t mean the Cubans are going to drop their codes and policies on how to do business.”

Ultimately, the ability of U.S. and foreign businesses to realize the true potential of the Cuban market will depend on diplomatic easing between the two nations continuing to accelerate, as well as eagerness on the part of the Cuban government to develop the necessary regulatory frameworks to promote a healthy and robust business culture.

“Their capacity to do things is a big question mark, and the pace at which they will make necessary reforms to make themselves attractive to investors is too,” Meacham said.