Concerns About Yuan Devaluation are Overblown 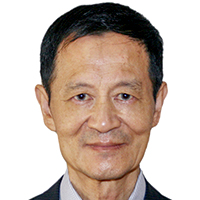 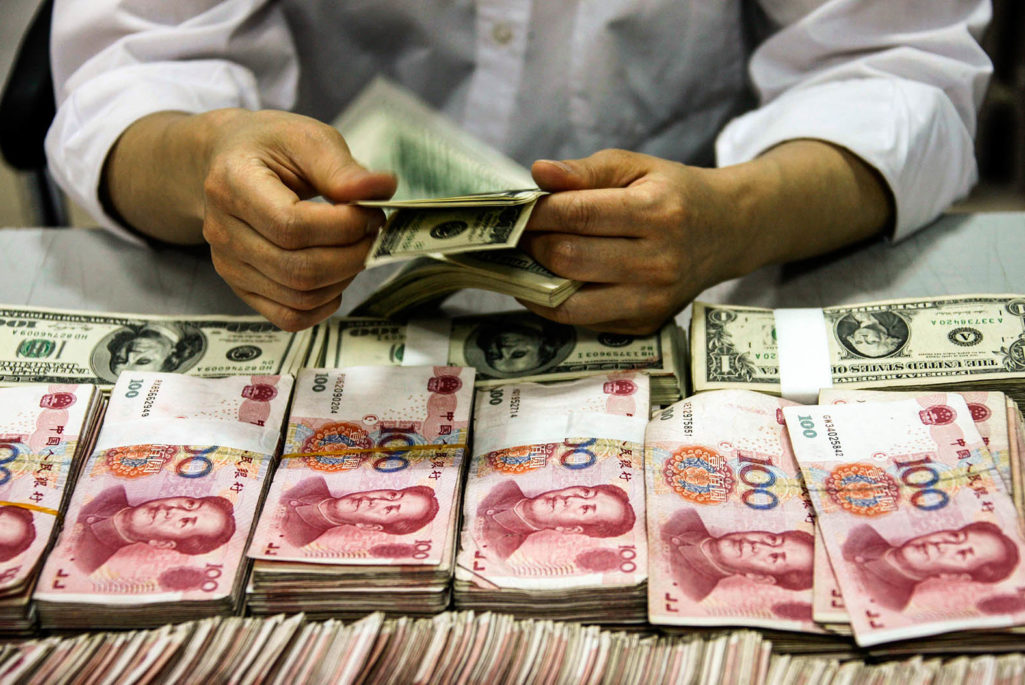 This picture taken on September 24, 2013 shows U.S. dollar notes being counted next to stacks of Chinese 100 yuan bank notes at a bank in Huaibei, in eastern China's Anhui province. At the time, with deals from London to Singapore, China was seeking to have the yuan used more widely around the world.

The depreciation of yuan to the dollar over the past year has captured many headlines and spurred no small measure of worry. Is China’s economy collapsing? Are China’s leaders using currency as a trade weapon? Will the devaluation spark massive capital flight from China?

A closer examination reveals that these fears are overblown. The devaluation and its effects are not particularly dramatic, and it appears that the currency is likely to stay stable over the mid-term.

The yuan fell 4.2 percent to the dollar in 2015 and another 1.1 percent in early 2016 before rebounding close to where it had ended the year. The moves roiled world currency and stock markets. But the currency’s aggregate 5.3 percent fall from January 2015 to February 2016 was one of the smallest falls among both world-leading and new emerging currencies. The euro, yen, real, rupee, ringgit and rand all fell by larger amounts, relative to the dollar, during the same period.

The dollar’s nominal index to major currencies rose 9.7 percent over that period. It appears that the prime reason for the yuan’s fall to the dollar was the dollar’s sharp appreciation. In turn, the prime reason behind dollar strength was the U.S. economic strength and U.S. Federal Reserve’s interest rate hike. Over the last two months, the dollar has lost momentum, partly due to the Fed’s delay in further rate hikes and partly due to its economic weakness. As a result, there has been a general rise in most other currencies.

Using the dollar as the primary measure of the Yuan’s valuation can be misleading. Instead, let’s look at the Real Effective Exchange Rate, or REER, as determined by the Bank for International Settlements. By measuring the yuan against a basket of other currencies, BIS shows that the yuan’s REER actually rose during its fall to the dollar last year and, ironically, fell during its rebound to the dollar this year. Another measure of the yuan’s value to a basket of currencies is published by the China Foreign Exchange Trade System, or CFETS, an arm of China’s central bank. CFETS shows the yuan changed by less than 1 percent in 2015.

Last August, China launched a fresh reform in the yuan exchange rate formation mechanism, fixing the parity rate of yuan on the basis of the previous day’s actual market rate. Prior to that move, the parity rate had been well above the actual trading exchange rate on the offshore market. Within 10 days of the change, the yuan fell 4.5 percent to the dollar, reaching more or less the yuan market level.

But we did not see a yuan free-fall in the subsequent months, apparently due to the intervention of the People’s Bank of China (PBOC). Did this intervention violate the market-based mechanism? The answer is no. The exchange rate is decided by market forces. Those market forces reflect both currency deals made in the real economy and speculation. The latter accounts for a much larger proportion of actual market trading volume, has nothing to do with economic fundamentals and can significantly distort exchange rates. It’s reasonable, necessary and common for central banks to intervene to reduce this distortion; the U.S. Department of Treasury and Federal Reserve have been very effective at this.

A key factor when evaluating yuan exchange rate moves is the tone of the Chinese leaders and PBOC’s governor. When they assert that yuan has no base for a continuous fall, as they have repeatedly, one can infer the economic fundamentals behind the statement. If a situation of instability looms, the PBOC will certainly move in to support the yuan, leaving little room for short selling.

Even if yuan depreciation could help Chinese exports in theory, it is unlikely to occur in practice.

No Link to Trade

Some commentators fear that China is seeking to weaken the yuan to support its weakening exports, but the growth curve of China’s exports has shown little direct linkage to the yuan’s value in recent years.

For example, in 2015, the yuan fell by 5.3 percent to the dollar and rose by 0.94 percent to a basket of currencies. Normally, any effects on trade would develop about six months later. But in the first quarter of 2016, Chinese exports to the U.S. fell 8.8 percent compared to the previous year, while exports to the rest of the world fell 9.6 percent. Nor did the expected linkage appear in the import sector: Imports from the U.S. were off 14.1 percent, while imports from the rest of the world were down 13.5 percent.

Looking farther back, no strong linkage has appeared between China-U.S. currency exchange rates and bilateral trade performance over the past eight years. In fact, the relation between currency valuation and trade flows has often been in reverse of the expected pattern.

Another concern about yuan depreciation was that it would stimulate massive capital flight and diminishing official reserves. In fact, this has not occurred. Data from China’s State Administration of Foreign Exchange shows that China’s official reserve decreased by $512.7 billion in 2015 to $3.33 trillion. Out of the total, approximately $170 billion was the result of changes in asset value and exchange rates; roughly $340 billion was caused by deals.

During the same period, Chinese overseas asset values increased by $388.6 billion in the form of outward direct investment, equity and savings. The first quarter of 2016 saw the central bank net selling of $124.8 billion and an increase of $33.9 billion of foreign currencies savings in the country, which means part of the reserves went to corporate and individual holdings still in China.

Based on our analysis, the yuan is likely to stay fairly stable in the mid-term.

If the Fed decides on a second rate hike in June or later and the U.S. economy strengthens, the dollar will rise again across the board. As a result, the yuan will fall again relative to the dollar. It is, however, unlikely to fall to below 6.70 or even 6.60 because the dollar seems to be losing momentum. Most likely it will move between 6.40 and 6.60, but if the dollar continues its current weakness, it could rise into 6.30s.

By the CFETS measure, the yuan is likely to continue its slight fall. On April 15, it stood at 97.38, down 3.5 percent from the start of the year. If the euro and yen strengthen further in the coming months, the CFETS might fall to 95-96. Below 95, the PBOC is likely to intervene.

All of the world’s leading reserve currencies—including the dollar—have fluctuated over time, but the median rate over time tends to be stable. Likewise, the yuan will fluctuate, but in the near future, it seems likely to stay basically stable.

He Weiwen is a senior fellow at the Chongyang Institute for Financial Studies at Renmin University in China and at the Center for China and Globalization. He also serves as co-director of the China-U.S./EU Study Center at the China Association of International Trade. Previously, he served as the former economic and commercial counselor of Chinese Consulates General in San Francisco and New York. 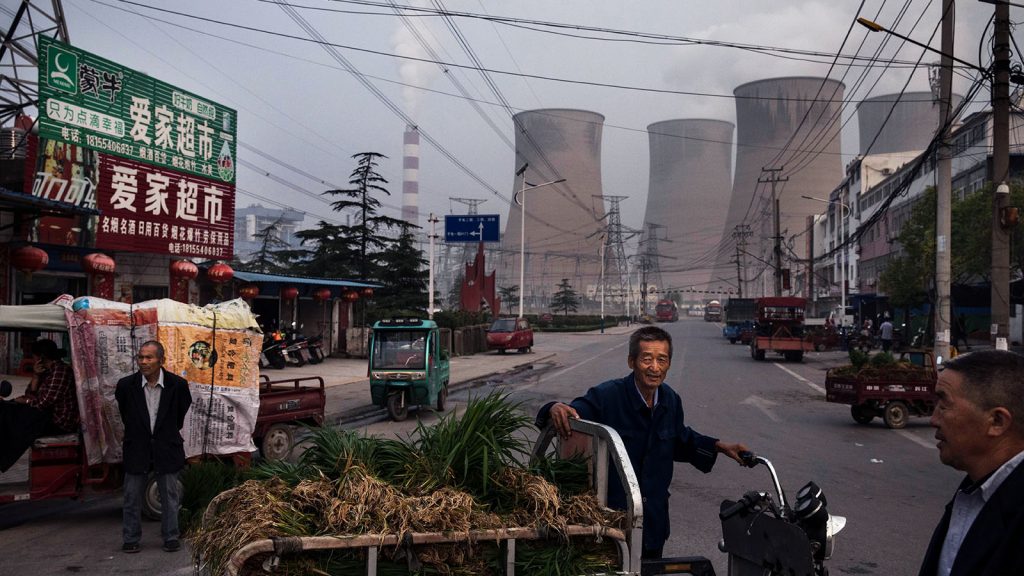