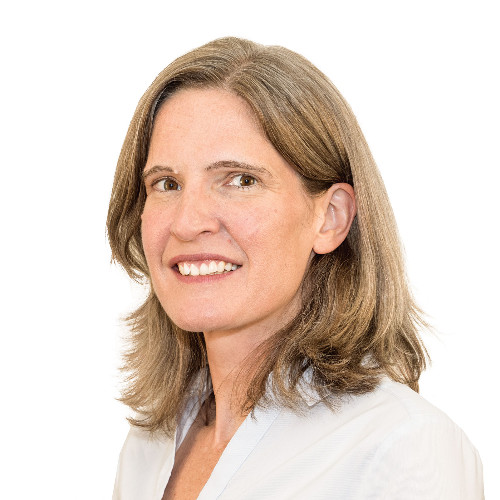 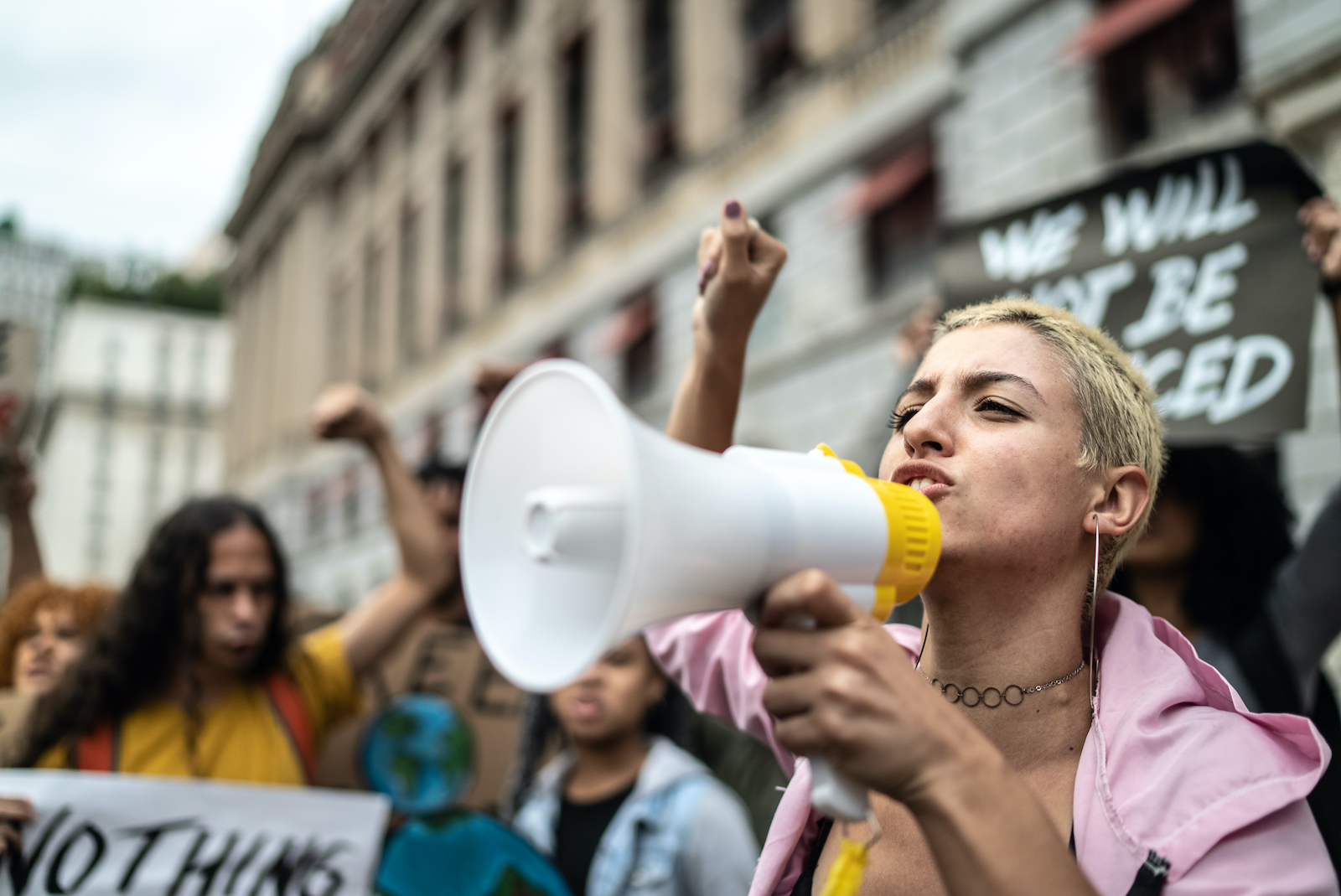 From being hired to getting a promotion, new research shows you may be penalized for disagreeing politically with the boss.

In today’s polarized world, it can seem increasingly difficult to keep our political views private. This is particularly the case at work, where we spend so much of our day. And anyway, your boss may already know your party preference. Did you include your volunteer work for a candidate on your resume? If you attended a protest march on the weekend, did you mention it at work on Monday?

Perhaps you worry that talking about your views too often, or too fervently, can cause strife with coworkers and employers. Still, if you are respectful of your colleagues, you probably assume that any differences in political leanings will not cause problems for your career.

And that’s what economists assumed as well. “In the private sector, the common-sense consensus is politics doesn’t really matter in the workplace,” says Edoardo Teso, an assistant professor of managerial economics and decision sciences at the Kellogg School.

But it turns out, your political views may be a major factor in whether you are hired for a particular job in the first place, according to new research by Teso and coauthors Emanuele Colonnelli of the University of Chicago and Valdemar Pinho Neto of the Getulio Vargas Foundation.

“We have these increasing trends in political polarization that we know modify typical social decisions, like where to live and who to be friends with,” Teso says. “We wanted to know if we see politics play a role in matching employees with companies and if it plays a role in what takes place within the company.”

Their investigation shows owners of small- and medium-sized businesses are significantly more likely to hire job candidates who are members of the same political party. What’s more, when workers are hired who do not share a political affiliation with the boss, they receive lower pay, get fewer promotions, and have a shorter tenure at the firm on average. That means personal political differences really can leave a mark on your career.

In fact, the researchers found that it is a bigger factor than other preferences that can affect hiring.

“We found that the hiring preference and the political wage premium for workers who are of the same party as owners is larger than that for shared gender and race — which we know from previous research also are very important.”

When You Apply for a Job, Politics Plays a Role

The researchers analyzed data from a government registry on the political affiliations of 12 million private-company employers and employees in Brazil from 2002–2019. They combined that information with two additional large government information sources to obtain complete data on demographics, location, industry and occupation for each individual. The sample represented 11.4% of owners in the private sector and 7.8% of workers.

Brazil, like the U.S., is a country with high, and increasing, political polarization, Teso says. It is illegal to discriminate in hiring on the basis of political party there. But paradoxically, until last year, Brazil made information about individual political-party affiliation public and very easy to access.

The availability of such rich data “was an important part of why we chose Brazil and the reason we were able to write this paper,” Teso says. Furthermore, “Brazil is an interesting case study, even beyond the data.”

For one thing, compared with the U.S., which has two major parties, Brazil’s political landscape is very fragmented. Brazil had 35 parties during the study period, with the top seven parties accounting for 70% of all party members. And in the local labor markets, where most hiring for small and medium businesses occurs, there is a high likelihood that business owners already know the potential job candidates as well as their political affiliations through personal or business networks.

What they found in their analysis was striking. On average, workers and employers were 50% more likely to belong to the same party compared with that likelihood if they were randomly matched. Co-partisan workers were both more likely to be hired and less likely to leave the firm after being hired than other workers.

In addition, the data show politically aligned employees are more likely to be promoted at all levels and earn as much as 3.8% more compared with nonaligned coworkers at the same level.

“I was expecting to see an effect, especially in small companies where we know employers and workers interact on a daily basis. What is striking is the magnitude of the relationship.” Teso says.

So Teso and his coauthors spent nearly two years exploring the many nonpolitical factors linked to both political affiliation and hiring, such as race, gender, geography, education level, and industry. For example, a female business owner with a graduate degree living in an urban location who hires another woman with a graduate degree living in the same urban area may have incidentally hired someone who also belongs to the same political party.

And while there was statistical evidence that nonpolitical factors, particularly race and gender, contribute to the correlation, Teso and colleagues found that political preference played a much larger role.

Asking Employers If They Discriminate

Teso and colleagues next performed an experiment to see how these political preferences played out in real-life scenarios and allow them to get a clearer sense of whether the preference for same-party affiliation came from the employers as opposed to the employees.

A subset of business owners from the same research dataset used above were invited to rate the resumes of made-up job seekers with realistic qualifications. The researchers found the owners rated resumes significantly higher when they contained clues (such as volunteer experience) that the job seeker was of the same party as compared with those of opposing parties.

Then the team selected 891 owners and 1,003 workers from the data set to complete a survey asking them to evaluate potential reasons behind the findings in a “recent study” — that study being the one you are reading about now.

And surprisingly, 29% of surveyed business owners outright admitted they do take into account the political views of potential workers when making hiring decisions.

Political Discrimination May Be Costly

A job seeker’s goal is to find the best position that matches their qualifications. And ideally, a business owner should seek out the most qualified candidate without bias.

“The big open question our paper leaves is ‘Is political discrimination good or bad for company growth?’” Teso says. “If there is pure discrimination driven by a dislike of the other party, we would expect it is detrimental to performance,” he suggests. On the other hand, if a business owner is merely trying to create team cohesion and avoid conflict, “It may be optimal to have similar political views.”

In the paper, Teso presents observational data suggesting political bias has similar growth-limiting power to racial and gender bias. He found firms with a higher share of same-party workers grew their workforce at a significantly slower rate compared with firms with more politically diverse hiring. The topic deserves much closer study, he says. “What we see in Brazil could be happening in the U.S. as well. And policymakers might be wondering, what is the implication for productivity and for the best allocation of human resources across the economy?”

And what is the takeaway for employees and job seekers? It depends, Teso says.

“One implication of our research is if you don’t want to be discriminated against, keep politics out of your resume as much as possible. But if you know the party affiliation of the employer matches yours, especially at a smaller firm, you can find a way to send that signal.”

A version of this piece originally appeared on KelloggInsight.

Based on the research of Emanuele Colonnelli, Valdemar Pinho Neto, and Edoardo Teso.

Melody Bomgardner is a freelance writer in Bend, Oregon.