Debunking the Myth of the Asian Middle Class 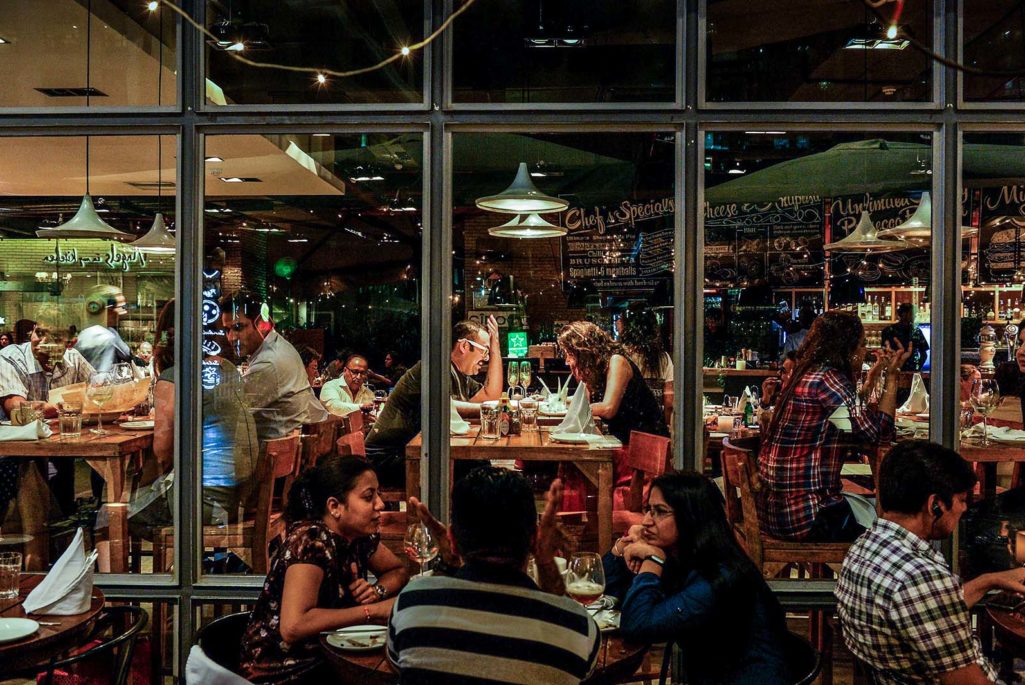 People eat food inside a restaurant in DLF Cyber City area of Gurgaon. The satellite town of Gurgaon, near the Indian capital, is home to scores of top multinational companies. The influx of foreign capital has brought with it gleaming shopping malls enjoyed by India's rising middle class seeking an outlet for their disposable income.

It is true that Asian lives have improved enormously in the past few decades. Yet, despite the enthusiasm surrounding Asia’s emerging middle class, the region’s human and social development remains stunted; today, middle class Asia is still a myth.

With the current stagnation of the world economy, the prospect of continued rapid improvement in Asian lives is fading, a fateful underscoring of the middle class myth.

There is no universal agreement on a definition of “middle class.” Many economists think in terms of how much someone consumes or earns in income. Sociologists tend to reason in terms of education, occupation in a white-collar job or another status.

The middle class is a fuzzy concept. In 2008 the Asian Development Bank once defined the Asian middle class as those living on  $2 to $20 a day. The report concluded that the majority of Asia’s middle class lived on $2-$4 a day, and were part of the lower middle class. Many Chinese find this comical because no one could live on $2 or even $4 a day in a Chinese city today. Shanghai and Beijing are among the world’s most expensive cities.

The $10 a day threshold is now increasingly accepted as the beginning of the middle class in emerging economies. At the same time, income or consumption of $10 a day would not be considered middle class in any advanced Western country.

Using the $10 a day benchmark, some 650 million Asians could be considered middle class. This sounds like a big number by any score; and it certainly sounds like a good market for businesses. But this represents, at best, 15 percent of Asia’s population.

The reality of Asian life is that most Asians who have escaped poverty are now caught between poverty and middle class.

China, the country most talked about for its emerging middle class, only has 20 percent of its population living on more than $10 a day. While emerging Asian countries are struggling to produce middle class societies, advanced Asian countries, like Japan and South Korea, are seeing the middle class recede as they are stalked by the problems that come with wealth, namely, a widening gap between the rich and the poor.

Asia has only made limited progress in producing a middle class society, but it is certainly true that strong economic growth has enabled millions of Asians to rise above extreme poverty. Based on the World Bank poverty line ($3.10 per day of income), 36 percent of people from emerging Asia would now be living in poverty, a dramatic improvement on the 1981 figure of 90 percent.

But the reality of Asian life is that most Asians who have escaped poverty are now caught between poverty and middle class. Half of all Asians are still living in a vulnerable, economic limbo that fluctuates between earning $3.10 and $10 a day. At such low levels of income, people are at a high risk of falling back into poverty in the event of a natural disaster, a sudden hike in food prices, or a personal/family problem such as unemployment or illness.

Lack of money isn’t the only factor keeping more Asians from joining the middle class.

About two-thirds are vulnerable because they work in the “informal sector,” without contracts or rights, for enterprises that are neither registered nor regulated. Minimum wage laws, collective bargaining, and health and safety standards are almost unheard of in the informal economy.

It is not only Asia’s poorer countries that are afflicted with vulnerability and low-quality jobs. In Japan, the share of non-regular workers—part-time, temporary and dispatched workers—in the economy has more than doubled from 16 percent to 40 percent since 1990 when Japan’s bubble economy collapsed.

Furthermore, many Asians who earn incomes of between $3.10 and $10 a day may also suffer from other deprivations such as a lack of access to clean drinking water, education for their children, infant and maternal mortality, basic healthcare facilities, or personal security.

Perhaps one of the most egregious deprivations many Asians suffer is the lack of improved sanitation: access to clean, safe and hygienic toilets, which 1.7 billion or 42 percent of the region’s population still lacks. Close to half of Asia’s “toilet-poor” population lives in India today; more Indians have access to a cell phone than a toilet!

Compounding troubles in Asia is the damage brought by natural disasters such as floods, droughts, typhoons or earthquakes. Taking account of natural disasters would add about 400 million or more people to Asia’s poverty ranks.

Separately, access to the Internet is a mark of middle class status and is increasingly seen as a human right. Despite the image of a tech-savvy Asia, less than half of all Asians now use the Internet. Some 65 percent of Indians, 48 percent of Chinese, and 80 percent of Indonesians are not online.

The arrival of a middle class society would be a great achievement in terms of realizing an “Asian Century” and bringing social and political stability to the region. It could also provide new business opportunities, as many Asian economies are switching from export to domestic demand-driven growth. But there is so much that Asian governments need to do, not only in terms of economic reform, but also for social and political modernization. At best, it will take several decades to move the myth of the middle class into reality.