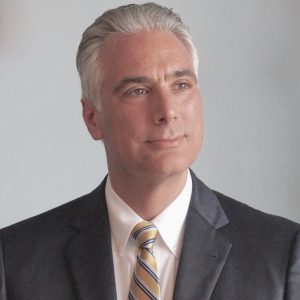 Kevin Werbach
Chair of the Department of Legal Studies and Business Ethics at The Wharton Business School, University of Pennsylvania 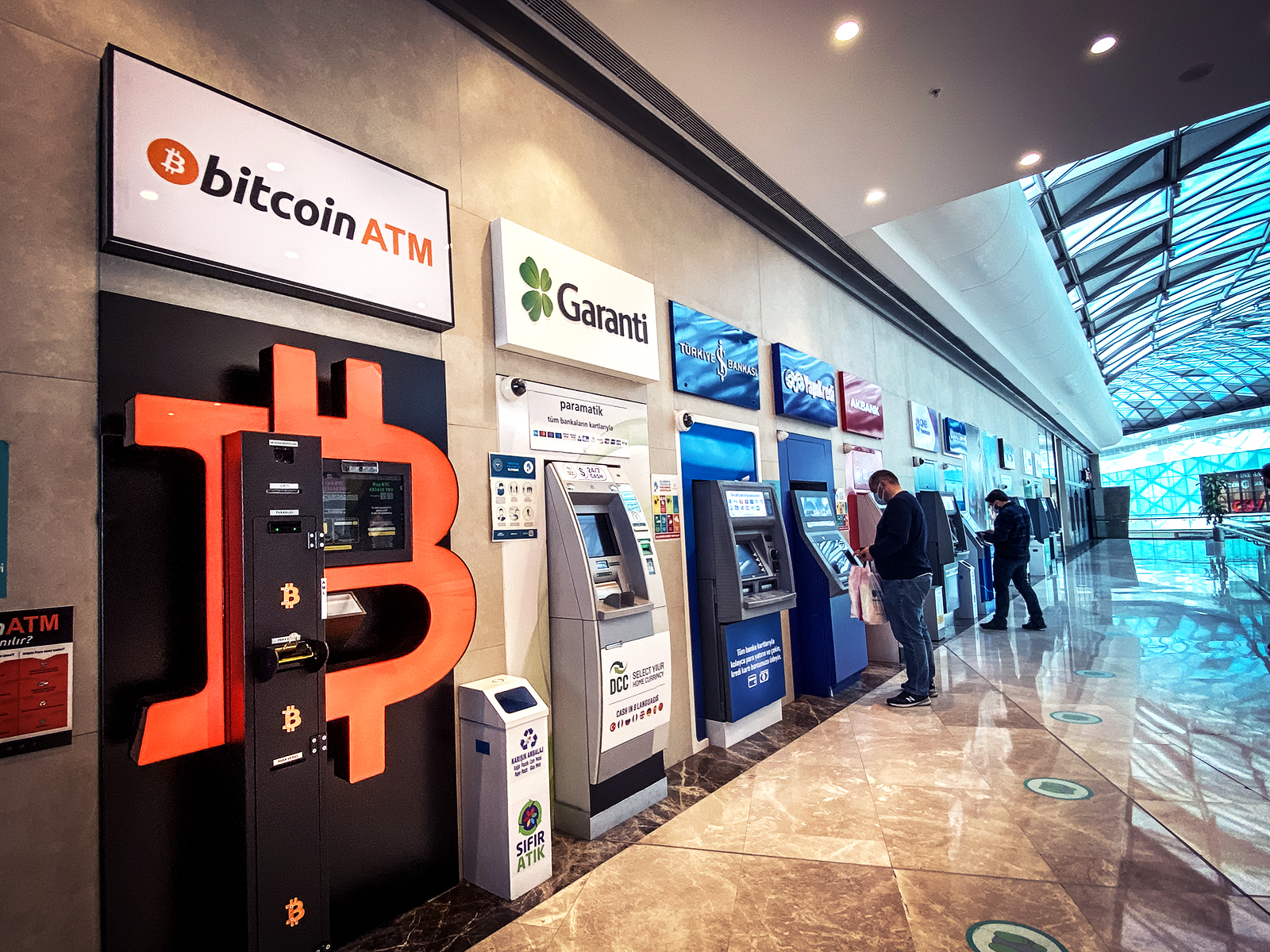 People use bank ATMs next to a Bitcoin ATM at a shopping mall in Istanbul, Turkey on April 16, 2021. There are now more crossovers where decentralized finance architectures are being built within the traditional financial services world.

Decentralized finance, or DeFi, is a fast-growing segment of the financial markets. Based on a blockchain platform, DeFi provides software services that can cut out intermediaries in financial transactions, thereby allowing for financial services, such as mortgages and investment, to be delivered at lower costs. The question is: Will it take off, or will the financial sector push back?

Kevin Werbach is the chair of the Department of Legal Studies and Business Ethics at the Wharton Business School, University of Pennsylvania.

WERBACH: At a broad level, DeFi is about reconstructing the entire financial system on decentralized blockchain-based foundations.

At the moment, we have a significant and growing market around cryptocurrency trading, as well as payments in things like Bitcoin. However, most of that activity still goes through centralized actors. If you buy Bitcoin on an exchange like Coinbase, for example, Coinbase is taking custody of your assets, and it’s providing a similar kind of intermediation function to a traditional financial services provider.

No One Takes Custody of Your Assets

DeFi is about taking the actual financial service provision and transforming it into software that is operating as what are called “smart contracts” on a blockchain.

Most of this kind of activity today is on the Ethereum blockchain, but there’s a number of other blockchains that are growing in their level of DeFi activity.

There are three key attributes of DeFi.

The first is that settlement is done on a trust-minimized blockchain platform. The base layer is that these are digital assets — cryptocurrencies where the ultimate ledger of transactions is a blockchain — as opposed to some centralized database in a financial entity.

The second piece is that the services are non-custodial — no one takes ownership or full control custody over investors’ assets. The investor still has control of their assets — even though they are transacted — whether it’s a trade or a lending relationship through the financial services platform.

The third piece of DeFi is that services are open, programmable and composable. What that means is that all of these are just software components that are running on a blockchain network. So it’s easy to add in additional functionality or to combine functions from different services because everything is running on a standardized software environment.

Which of the Intermediaries Will Be Most Threatened?

BRINK: Which intermediaries are likely to be most disrupted by this?

It probably will be some of all three, but the growing success of DeFi does not necessarily require undermining traditional financial institutions. The question that DeFi poses to traditional finance is whether intermediation is valuable.

If the things that a bank or an asset manager does turn out to be things that can be provided more cheaply and efficiently in an automated way through software, then that will ultimately lead to capital flowing away from those traditional intermediaries.

In terms of the infrastructure, staffing, processes and relationships that are wrapped around that basic intermediation function in traditional finance, what will happen to all of those if we move to a world where at the core is software and decentralized blockchains as opposed to existing finance structures?

BRINK: Can you describe any new services or new areas of financial activity that might open up as a result of this innovation?

WERBACH: Right now, there is a tremendous amount of experimentation in DeFi because these base functions in finance can be combined in different ways. So one area of experimentation we see are aggregators — where if, for example, you have multiple opportunities to earn yields for providing capital as liquidity, then that can be automated and optimized in very efficient ways.

So there’s a new layer of DeFi providers that have already sprung up on top of the first level of DeFi applications to do that automated management. We have things somewhat like that in traditional finance, but generally speaking, they’re only accessible to the largest investors, the hedge funds and the very sophisticated players. They also have a lot of manual activity and costs associated with them. So that’s one area of experimentation.

There are a host of technical risks and concerns about attacks and hacks that have been very significant in DeFi that costed hundreds of millions of dollars because these systems are not sufficiently mature, robust and resilient.

Getting Your Mortgage via DeFi

Another area of experimentation is potentially opening up financial products that have not been accessible to retail level investors, or to the billion or so people in the world who don’t have bank accounts and access to the traditional financial system.

Now that has to be said with some caution because there’s risk involved, and DeFi today is very immature. Making complex financial services accessible to someone who doesn’t have the background or the knowledge or the legal protections that traditional banking customers enjoy is not a desirable outcome.

Right now with DeFi, we’re seeing people trying all sorts of creative things because they can — but that doesn’t necessarily mean that all those things are going to succeed or that they should.

BRINK: For example, one could potentially see mortgage services provided this way?

WERBACH: Sure, any kind of lending relationship can be done in DeFi. The idea is that the collateral pool can be drawn from multiple holders of these digital assets in very flexible ways. Lending can be done in an automated way that is fully-collateralized or even over-collateralized. This addresses some of the risk concerns with these assets.

That being said, markets, like mortgage markets, are extremely large, sophisticated and regulated based on experience of where things can go wrong. I think we will see DeFi integrating in and providing alternatives to some of those markets. But again, there’s a long way to go to the point where people would feel comfortable doing that at scale.

BRINK: What are the major risks that regulators should have an early lead on?

WERBACH: First of all, there are a host of technical risks and concerns about attacks and hacks that have been very significant in DeFi. There have been hundreds of millions of dollars lost because these systems are not sufficiently mature, robust and resilient.

Now there’s a lot of sophisticated technical work going on to harden these systems, but we still have a long way to go.

All of these applications are based on smart contracts, and they generally have fail-safes involved and mechanisms to address significant price volatility. But as we’ve seen time and time again in finance writ large, it’s impossible to fully predict how systems will respond to every possible scenario. We don’t entirely know what will happen if there are rapid price swings in these assets.

There are legal risks as well, where regulators appropriately have concerns about things like money laundering and fraud that are going on in the larger blockchain and cryptocurrency world and as well as in DeFi specifically.

The value of these DeFi services is that they are decentralized, so there’s not one actor that is responsible for all of the transactional activity. However, that can’t simply open the door to eliminating any protections against various kinds of financial crime and fraud. That’s certainly an area that the regulators are looking at because there have been plenty of examples in the cryptocurrency world where this has happened.

BRINK: Ten years out, what percentage of the financial landscape do you think will be running through DeFi systems?

WERBACH: It’s a hard question to answer: probably still a relatively small amount because finance is so gargantuan around the world and is tied into so many different kinds of systems. The value of transactional volumes in trade finance, for example, is astronomical.

Finance is a Software Application

I think the basic concept that finance is increasingly becoming a software application is unstoppable, and that’s happening independently of DeFi. FinTech broadly is moving in this direction as well.

I think we will see more and more crossovers where DeFi-type architectures are being built within the traditional financial services world once we can get greater confidence about addressing risks and the regulatory questions.

And there’ll be more and more gateways where the activity may not flow predominantly through these new DeFi providers, but the line between DeFi and traditional finances is going to blur. So 10 years out, I think, some version of what we’re now calling DeFi is going to be fairly well-established as an element of the financial landscape.

Chair of the Department of Legal Studies and Business Ethics at The Wharton Business School, University of Pennsylvania @kwerb

Kevin Werbach is the chair of the Department of Legal Studies and Business Ethics at the Wharton School, University of Pennsylvania. He examines business and policy implications of emerging technologies, such as artificial intelligence, next-generation wireless, gamification and blockchain. His books include For the Win: How Game Thinking Can Revolutionize Your Business and The Blockchain and the New Architecture of Trust.

How We Digitize Finance Will Reveal Society’s Values 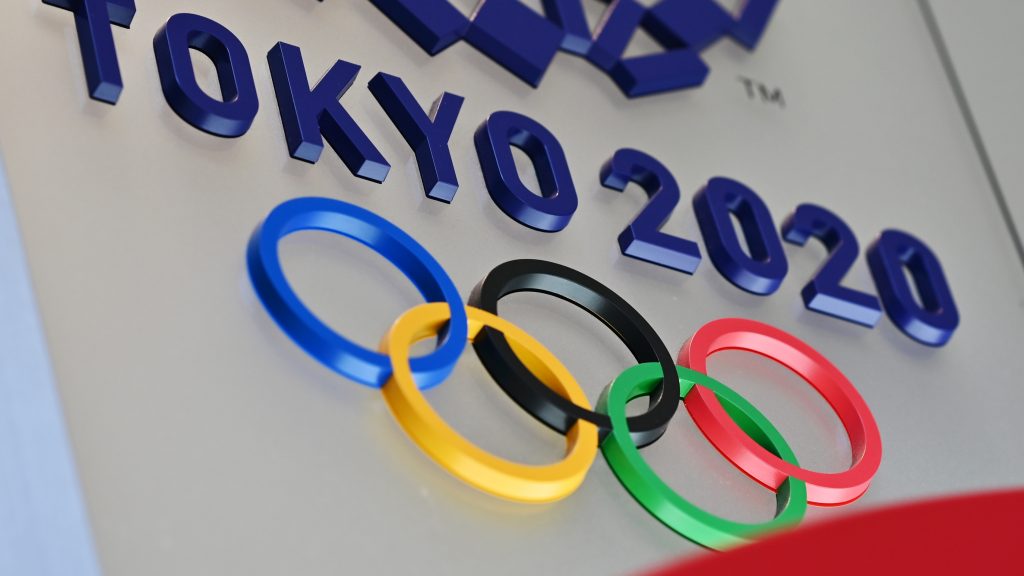 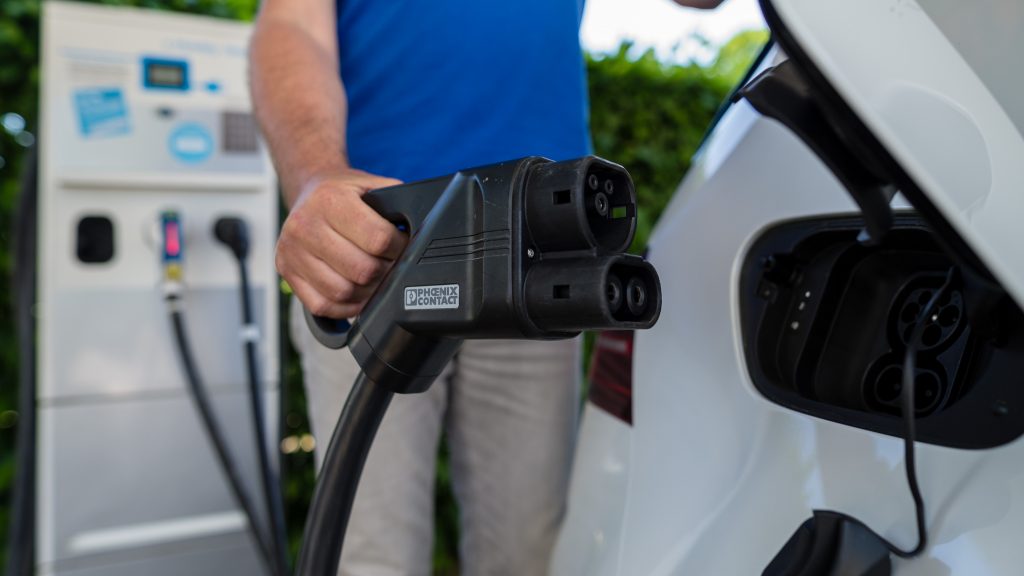