Does National Debt No Longer Matter? How Economists’ Views of Debt Have Changed 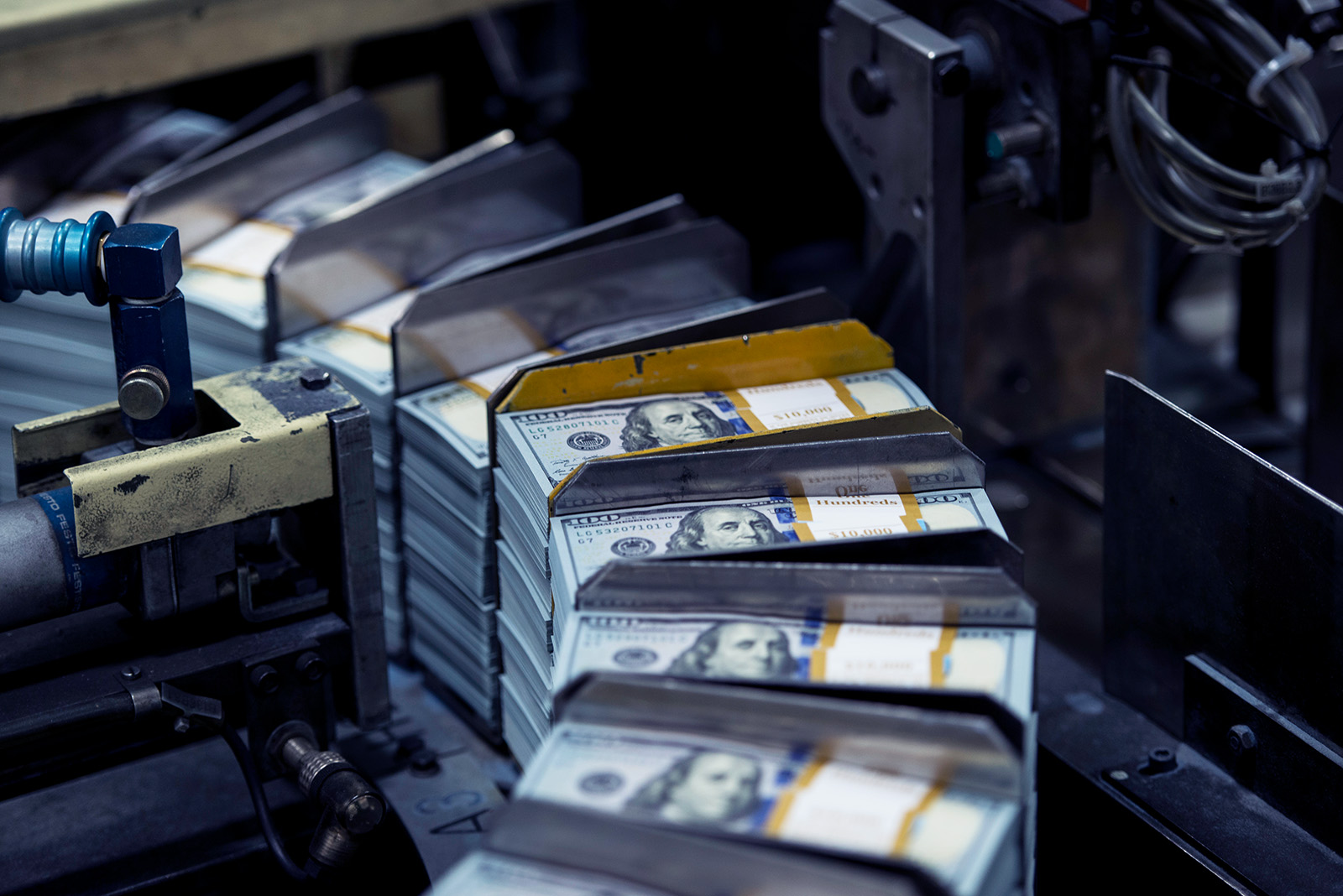 Newly printed money moving through a machine in Fort Worth, Texas. The shock to the global economy from the 2008 financial crisis was more severe than was understood at the time.

Last month, the IMF warned that global public debt will exceed 100% of global GDP. Yet it also urged some governments to spend more — increasing their debt levels even further — to stimulate growth.

Caroline Atkinson is a former director at the IMF and was President Barack Obama’s deputy national security adviser for international economics. BRINK began by asking Atkinson whether the IMF’s views on the dangers of excessive government debt has changed?

ATKINSON: There has been a turnabout in the IMF’s thinking about government debt over the last half-dozen years. They’ve shifted from the traditional position that debts and deficits have big costs, to support fiscal stimulus in many — but not in all — cases.

It depends on other economic conditions, but their broad advice to Europe, in particular, for some while has been that some European countries, notably Germany, have room to spend more (and tax less), which would boost demand and economic activity in the whole EU area.

The Danger of Too Much Austerity

BRINK: So, has something changed in the makeup of the global economy that now makes the IMF think that government debt is less important? Or has the IMF’s thinking just evolved?

ATKINSON: That’s a great question. I would say there are two things. Obviously, right now there are massive changes going on. But even before COVID-19, the shock to the global economy from the financial crisis was more severe than was understood for some years. When many countries, including the U.S., began to rein in their deficits quite soon after the crisis, this led to slower growth and recovery — and another recession in Europe.

That began to change economists’ thinking because the faster an economy grows, the easier it is to support a given level of debt. The measure that we look at is debt in relation to GDP — so if you have more GDP, you can manage more debt. When the economy is crimped instead by austerity policies, deficits and debt loom larger.

ATKINSON: The second important change in the global economy, which is more fundamental, is that we have moved into a world with lower inflation and lower interest rates — perhaps that’s because of globalization, perhaps because of demography; there are different theories. Ben Bernanke was one of the first who talked about an imbalance between savings and investment, and a savings glut that was tending to push down interest rates without stimulating economies to full employment.

Larry Summers, the former treasury secretary, has also pointed to the dangers of secular stagnation, where the private sector simply doesn’t invest and spend enough to provide sufficient growth and jobs. So governments need to fill the gap, and because they will find plenty of savers who want to invest in their debt, government borrowing doesn’t push up interest rates.

There is a need for more tax revenue in the U.S. to support spending on social programs, education, etc. to address the enormous inequities and systemic racism that more and more Americans are aware of.

This is a very different global economy from the one in the 1970s or 1980s, or even the 1990s, when central banks in particular were concerned that governments would borrow too much and spend too much, leading to inflation and higher interest rates, which would crowd out private sector investment. So, yes, the IMF has changed its thinking, but so have many others. With interest rates staying down, inflation staying down and having more and more clarity about the fact that this is a long-term phenomenon, many economists have started to think, “well, actually, debt is not so bad.”

Debt Is a Different Issue in the Developing World

BRINK: Isn’t there a distinction to be made between the impact of government debt in a developed economy and its impact in a developing world economy?

ATKINSON: Yes, that’s correct. If you’re the United States, it’s actually pretty easy to borrow, and you’re going to be taxing and spending in the same currency. If you’re a developing country, it’s usually much more difficult to borrow in your own currency. If capital stops flowing in, your exchange rate is likely to go down and that will make repaying your debt — that is now more expensive in local currency terms — much more difficult.

The history of sovereign debt crisis from Latin America in the 70s, 80s, to Asia in the 90s and Russia and Eastern European countries after that, was because of that dependence on foreign currency borrowing, what has been called the original sin of countries borrowing in a currency other than their own.

Now, in the last decade or so, many emerging market countries at a government level have started to be able to borrow in their own currencies and have deliberately done that. However, their corporations and their banks have borrowed overseas themselves, and when there’s a crisis, that’s another vulnerability.

Last year, ahead of the COVID crisis, the average debt of the 70 or so lowest-income countries was a little over 40% of their GDP. Whereas in the United States, it was approaching 100% of GDP. And in Japan, it was well over 200% of GDP. So that gives you a sense that it is much easier to support a lot of debt if you’re an advanced economy, because your economy is more flexible and you can typically borrow in your own currency.

The Value of Automatic Stabilizers

BRINK: One use of debt has been to provide emergency relief and unemployment extensions in this crisis. Given this more benign view of debt, do you think that these programs might become permanent support programs, like universal basic income in some form, which would presumably result in debt levels being permanently higher?

ATKINSON: I’m not sure that the temporary increase in unemployment insurance will be extended in the U.S., and obviously a lot depends on what happens in the U.S. elections in November, but I certainly think it’s a good idea to have more of what are called automatic stabilizers in the economic system.

In Europe, when there’s a recession, governments’ deficits automatically go up because the governments are automatically spending more to take care of people through what’s called social insurance schemes. That happens a little bit in the U.S., but not much. It would be much better, in fact, if there were more automatic stabilizers like this built into the budget.

I am not a fan of universal basic income. It would cost too much and not everyone needs it, so much of the spending would be unnecessary or wasteful. I would focus instead on providing generous income support for those who need it. But as an economist, I would prefer to have a simple system of income support than a complicated array of different programs — whether on food, on rent or on higher education — but that’s not so politically attractive.

Looking long term, you also need to have more tax revenue in the U.S. to support spending that we urgently need on social programs, education and so on to help to address the enormous inequities and systemic racism that more and more Americans are aware of. The U.S. raises 10 percentage points of GDP less than the average in the OECD. That means the U.S. has to curb its spending more than other advanced economies in order to hold its deficit at the same level.

John DeCicco Research Professor Emeritus at University of Michigan
URL: https://www.brinknews.com/does-national-debt-no-longer-matter-how-economists-views-of-debt-have-changed/
Get ahead in a rapidly changing world. Sign up for our daily newsletter. Subscribe
​​