Emerging Heavyweights: The Surge of the E20 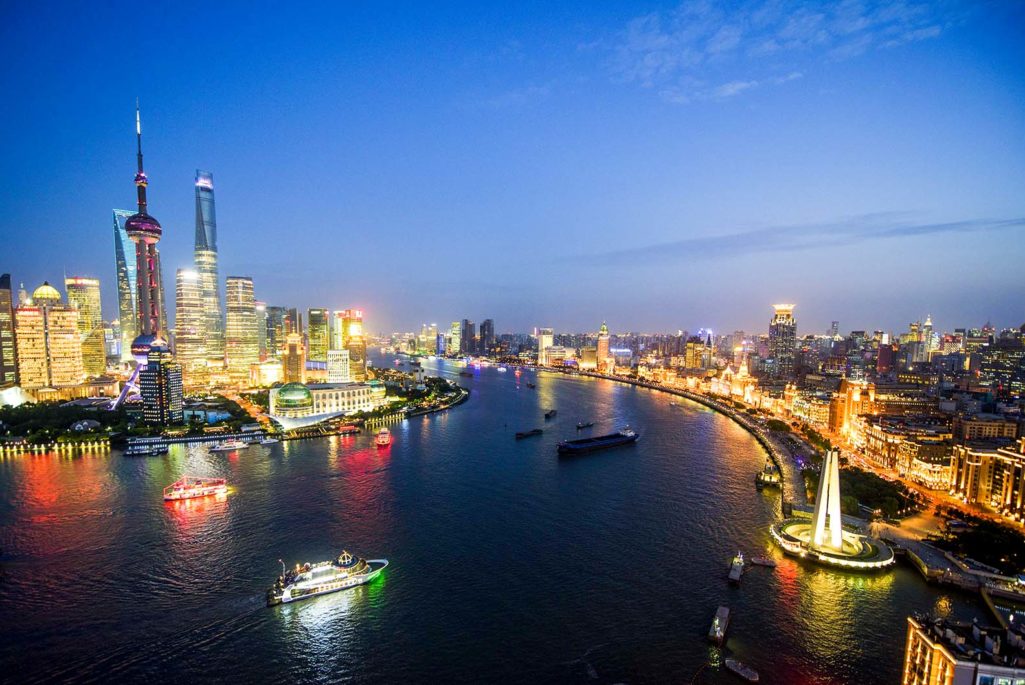 Ships pass by the skyline of the Lujiazui Financial District in Pudong in Shanghai. Seven of the E20 economies are in Asia representing 70 percent of the E20 GDP. China alone makes up half the total.

Seven of the world’s top 20 emerging markets are located in Asia and together they make up 70 percent of these markets’ combined GDP, according to new data from Cornell University.

At Cornell’s Emerging Markets Institute, we identified 20 emerging markets (E20) that we consider the new heavyweights of the world’s economy. These emerging markets are ranked according to factors such as GDP, economic integration, and rate of development, and their influence is expected to grow. Asia’s substantial representation in the E20 is due in large part to demographics, with its young population acting as a source of untapped wealth. The large percentage of working-age people, which continues to grow among the E20 more broadly, can have a positive impact on growth and generate opportunity among new heavyweight markets. We also looked at a country’s economic performance in ranking it among the E20. The E20’s GDP in purchasing power parity grew annually by 7.4 percent between 1995 and 2015, but that of the G7 only grew by 3.6 percent during that same period. Since 2000, the E20s’ share in global GDP (in purchasing power parity terms) has increased by 15 percent, while that of the G20 has fallen 13 percent.

But there are also challenges ahead for the E20 as its population continues to age rapidly. In China, for example, 25 percent of the population will be older than 60 by 2030. Today that number is only 15 percent. The aging population generates pressure on governments to increase social expenditures, which can pose challenges to a growing economy.

Separately, some aspects of emerging markets have remained the same over the past two decades, especially their response to external shocks and currency volatility. The financial crises in Mexico in 1994 and in Asia in 1997 and multiple crises in Russia, Argentina and Brazil since 2000 have contributed to these markets’ instability.

Optimism about the growth rates in these economies should not be unchallenged. In China, for instance, growth is highly dependent on a significant increase in domestic debt, which can lead to longer-term economic problems.

Countries in the E20 are also big drivers of technology and innovation. Seven E20 countries are ranked in the top half of the Global Innovation Index 2016, which evaluates the innovation performance of 128 economies.

The E20 countries are an important source of innovation because they have a particular set of needs to satisfy. Mobile banking, for example, emerged in response to low levels of financial inclusion in E20 countries, particularly in rural areas. Other examples of IT-based innovation are seen in agriculture or fishery. M-Farm, for example, is a virtual cooperative where farmers share knowledge in Kenya. And Fisher Friends in India is a platform where fishers exchange useful information. Both examples show how innovative solutions developed in E20 countries help improve quality of life around the world.

Backing up the R&D expenditure is a focus on education policies, something many E20 economies are working on to improve. The emerging economies with the biggest education expenses over GDP are South Africa (6 percent), Malaysia (5.9 percent), Brazil (5.6 percent), and Argentina and Mexico (both 5.1 percent). Surprisingly, these ratios are similar to those found in the G7.

The focus on R&D and education is already yielding results. For example, the G7 filed 61 percent of the world’s patents in 1994, while emerging economies filed only 15 percent that year. By 2014, however, the E20 was responsible for 37 percent of patent filings, while the G7 claimed half. China and Korea were the main drivers for this exceptional growth, accounting for 20 percent and 11 percent, respectively, of patents granted globally that year.

While Internet penetration is generally uneven across E20 countries, mobile phone use has been a major driver of development. Broadband penetration among E20 economies is now higher than the world average but lower than developed economies.

E20 countries are also becoming politically attractive through new global governance and international cooperation mechanisms. Some examples can be found in the creation of the G20, the BRICs summits, and the new developmental institutions—the Bank of the South (2009), the New Development Bank (2014) and the Asian Infrastructure Investment Bank (2015).

China, India and Russia, for example, are the biggest contributors to the Asian Infrastructure Investment Bank, which has 57 members, including four G7 countries. Besides helping emerging markets make their own economic decisions, these new institutions and initiatives are likely to bring other benefits as well, such as elevating the Chinese currency—renminbi—in global markets. Moreover, after the renminbi was given Special Drawing status by the International Monetary Fund, its potential to become a significant international reserve currency has increased.

Emerging countries are arguably ready and willing to play a bigger role in world affairs. Although they remain very diverse and their economies volatile, they have redefined the balance of power in the world. And no matter how much volatility the E20 may experience, the influence these countries wield will continue to increase. They have enjoyed strong and steady growth in the past 20 years, and the new scenario resulting from that growth is one of a new balance of power, opening up new opportunities, and also a step into unchartered territory.