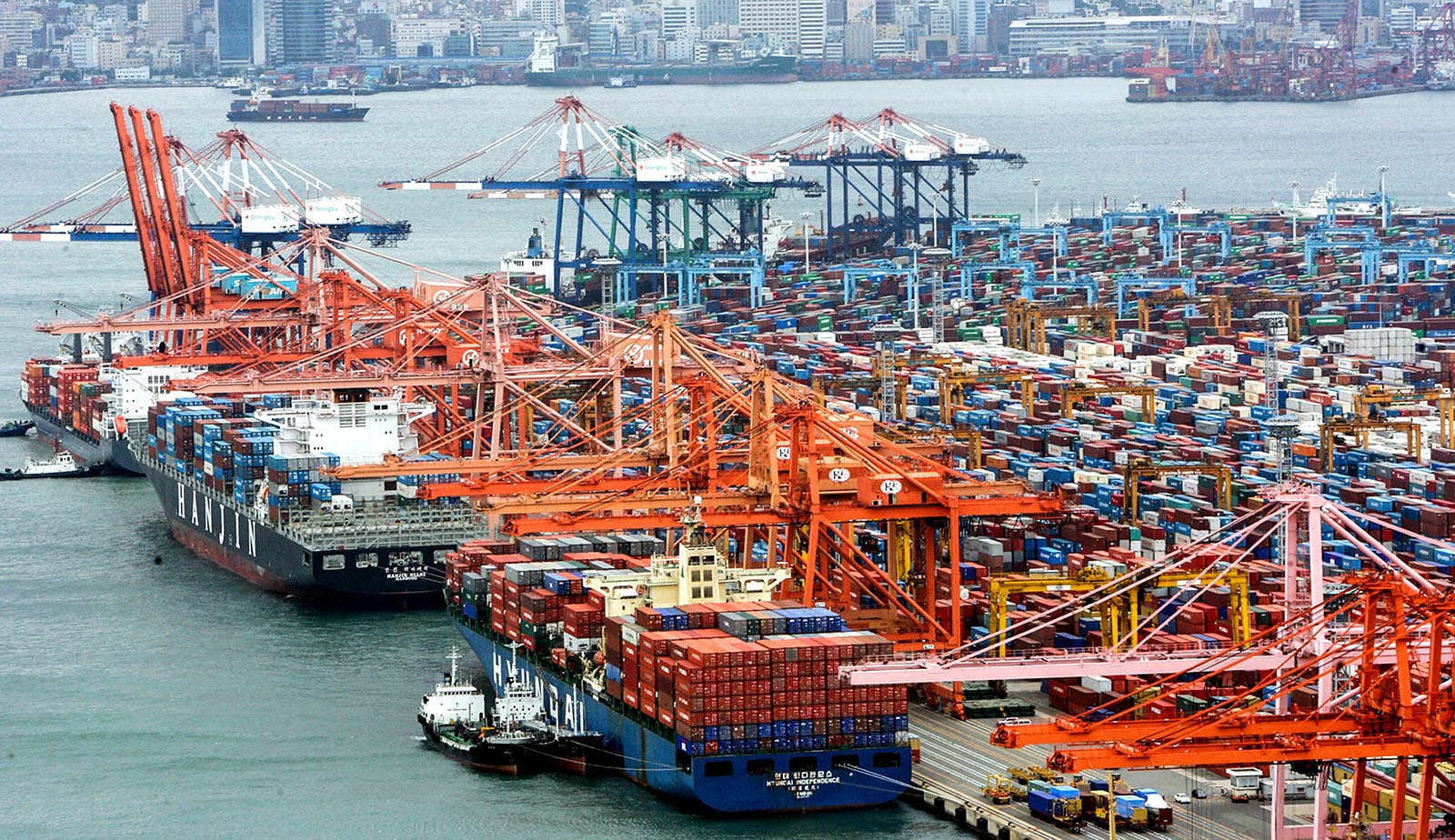 The southern port of Busan, 450 kilometers southeast of Seoul. In 2017, nearly a third of the Fortune Global 500 companies were from emerging market economies.

In 2017, nearly a third of the Fortune Global 500 companies were from E20* countries—the 20 largest emerging market economies. The rise of emerging market multinational corporations (eMNC) is reminiscent of the emergence of U.S. companies after World War II.

Their rise has been meteoric, as reflected in their participation in the Fortune Global 500, which has tripled in eight years—a remarkable feat considering that most Chinese companies were founded post-1950. There is no doubt that the rise of eMNCs overall is capable of upending the hitherto dominant position enjoyed by the G-7 multinationals.

Great Progress but a Long Way To Go

eMNCs have made their presence felt in more than just numbers. This year’s analysis confirms eMNC leadership in a number of the sectors observed in last year’s report. E20 firms now account for more than half of the top five firms across major industries such as banking, automobiles, crude oil production, engineering and construction, logistics, metals, mining, petroleum refining and telecom. This is a significant achievement given the recent emergence of these companies.

And yet, more remains before the achievements of eMNCs match those of their G-7 counterparts. As illustrated by the difference between the E20 and G-7 firms’ performance, eMNCs’ profit margins are still lower than those of their developed market counterparts in the G-7, even if, in a few specific industries such as banking, eMNCs’ results are superior or similar. The average eMNC return on assets is closer to that of their G-7 counterparts, though there are still relatively significant differences between industries and countries, for example, Chinese and U.S. firms.

One could argue that eMNCs operate differently than Western multinationals, whose priority has been optimization of profits and value for shareholders. For eMNCs, easier access to key resources, such as cheap labor, counterbalances their need to maximize profits—or productivity—per employee as U.S. or European companies do. State-owned enterprises are still prevalent in EMs, albeit decreasingly, for which profits are not necessarily as important as they are for private and public companies.

All in all, eMNCs are on track to “catch up.” In addition to investing beyond their natural markets, including in advanced economies, and expanding strategically into service-based, consumer-related or other “new” industries, such as renewable energies, they are becoming the largest companies in the world.

Their increased involvement in global M&As is one illustration of their rise in power, along with their emergence among leading global brands.

Low Prices Are the Priority

eMNCs have traditionally been considered low-cost competitors relative to their G-7 counterparts. They have focused on efficiency and productivity. Over the years, multiple factors have driven the continued cost leadership of eMNCs.

First, they usually have lower production costs compared to their counterparts in advanced economies, in many cases due to lower labor costs or the availability of natural resources. This may not entirely be true today for some emerging economies, such as China, where the cheap labor advantage—long considered the bedrock of manufacturing success—is slowly eroding.

Second, eMNCs follow a strategy in which they maximize revenues but achieve growth at the expense of gross margins.

And third, a majority of customers in emerging economies still have low purchasing power, and hence eMNCs tend to design products/services in the most cost-effective way. eMNCs’ focus on cost and price has proven fatal to many industry leaders who fail to resist the price competition. This is vividly illustrated in the case of textile and shoe manufacturing, among others, which have virtually disappeared in the U.S. and Europe.

Today, however, there are some signs of change. A price comparison of several goods and services provided by advanced economy firms show that the price differential is shrinking. In some cases, for instance, cell phones, computers, or air conditioners, price ranges are similar.

Likewise, eMNC brands are also shifting their focus to branding.

These companies are progressively entering the world of global brands, as illustrated by Lenovo in laptops, Samsung and Huawei in smartphones, the Brazilian Havaianas/Alpargatas in flip-flops, to name a few. While in 2009, emerging market brands accounted for only 12 percent of the firms in the top 500 ranking of global brands by Brandirectory, this ratio rose to 19 percent in 2017.

In tandem with these changes, eMNCs have developed increased innovation capabilities, which have surpassed the imitation phase in a number of industries, such as air transport, telecommunications and information technology-related services, to name a few. Together, these shifts point to significant changes on the horizon, with eMNCs on their way to becoming serious contenders in global business.

Whether internationalization has a positive impact on the performance of eMNCs depends on how they conduct their internationalization process, including how they choose their target locations abroad. Emerging multinationals learned to compete with Western multinationals in their home markets. As they are becoming global, they are competing and learning globally. We will know in the near future who will win.