Energy for Education Is Vital for Developing Economies 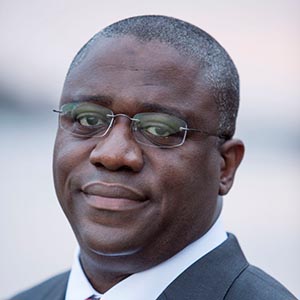 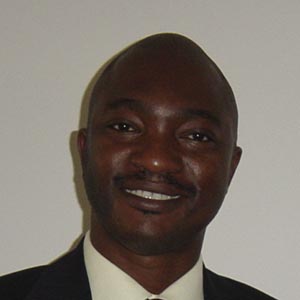 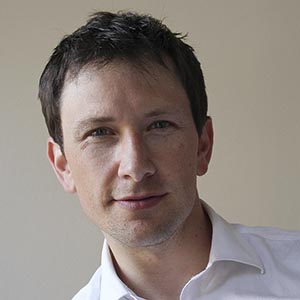 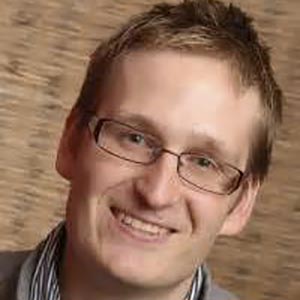 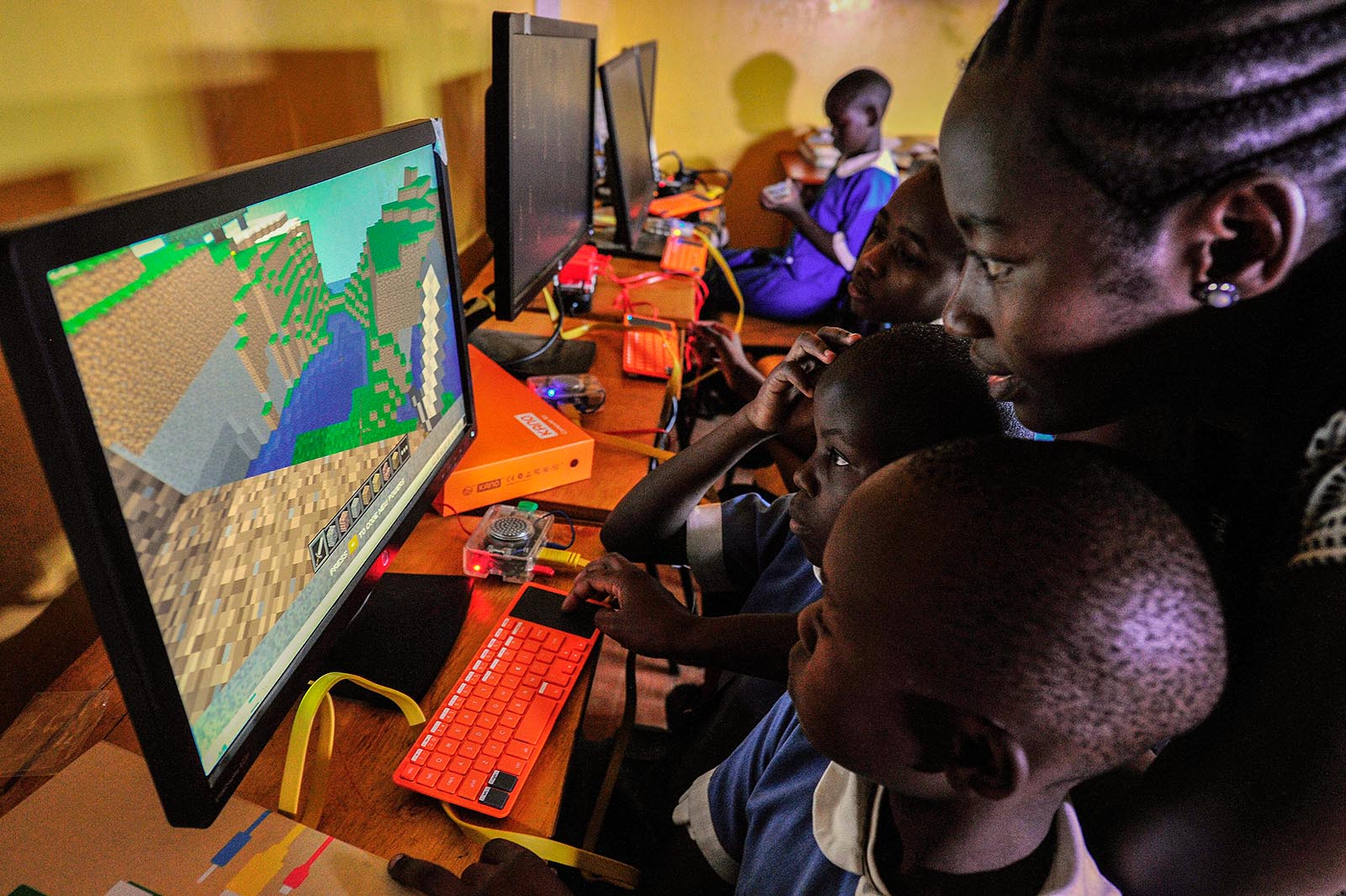 A teacher shows pupils of the Kibera School for Girls how to use computers in Nairobi.

At the Clayton Campus of Monash University in Australia, a major teaching and research organization with about 75,000 students, energy consumption is calculated to be 500 kilowatt-hours (kWh) per student, per year. In sharp contrast is the reality that 90 percent of children in sub-Saharan Africa attend primary schools with no access to electricity. Similarly, half of schools in Peru and 27 percent of village classrooms in India have no power. Collectively, an estimated 188 million children—equal to one in three globally—attend schools that have no lights, no running water, no refrigerators, no fans and no computers or printers.

In many of these countries, young populations are growing rapidly, and economic opportunities are emerging through the expansion of energy services, the development of new sectors, and the deployment of new technologies. As potential for economic growth improves, an overarching question is whether the workforce available will be properly equipped in terms of literacy and skills to fulfill the job opportunities.

A recent China-Africa initiative highlights the disconnect. Recognizing that sub-Saharan Africa has 40 percent to 60 percent of the world’s unfarmed arable lands, China has been keen to help modernize the agricultural sector by investing in infrastructure for energy, water and roads. Following a successful model in China, the initiative saw the establishment of “agricultural technology demonstration centers” to train farmers in the use of more effective practices in irrigation, fertilization, mechanization and cultivation of improved crops.

Since 2006, such centers have been set up in about 25 African countries. When many of the centers opened, however, it was quickly found that many local farmers lacked basic education and technical skills. This made it difficult to transfer a “technocratic rationality” developed in different cultural and historical circumstances. In short, the Chinese technology centers would have to be “Africanized.” This gap highlights a missed economic opportunity: With proper education, the transfer of agricultural technology could create jobs for Africa’s large number of unemployed youth and reduce food import costs.

The links between education, energy and economic development are well-documented. Less clear is whether enough is being done to strengthen the first two links in support of the end goal. While some might argue that it is up to governments to invest in education and electrification of education, research shows that the private sector has much to gain and should be an active partner. In fact, the private returns on investment in primary education appear to be particularly high in less developed countries: Where per-capita income is below $755, returns can be as high as 25.8 percent. Such attractive returns may explain the huge expansion of private schools (at primary, secondary, and tertiary levels) in Africa: Investors recognize the value of education to society as a whole and its connection to increasing employment, economic growth and social equity.

Why Literacy Matters, What Illiteracy Costs

Literacy is recognized as playing a major role in developing a nation; the literacy rate is a key economic indicator, as increased literacy enhances a country’s human capital. Global education goals often emphasize primary education, reflecting its long-lasting impact on literacy and social inclusion. People with literacy skills have better employment opportunities and can learn new skills to advance in the workplace and thus enjoy a higher standard of living.

At a societal level, increased literacy typically leads to lower population growth, allowing a country’s resources to be better shared among fewer people. High literacy rates are also linked to a country’s ability to attract investments and develop entrepreneurs; the inflow of money associated with these actions can greatly impact the nation’s economy.

Perhaps more relevant to the current situation in developing countries is the high cost of continued illiteracy—currently estimated at $1.2 trillion globally. The overall costs arise from factors such as lost personal income, low productivity in business, missed opportunity for wealth creation, and insufficient technology skills capacity for future development.

The extent to which lack of energy and lack of education currently stifles economic development in parts of Africa, Asia and Latin America warrants aggressive, collective action by multiple stakeholders.

Around the world, the impact of illiteracy on personal income varies widely, but on average illiterate people are estimated to earn 30 percent to 42 percent less than their literate counterparts. Lacking the skills to pursue further vocational education or training, their income remains constant throughout their working life while those with literacy and numeracy skills can expect incomes to increase at least two to three times. Young people who do not complete primary schooling are less likely to obtain jobs that are good enough to avoid lifelong poverty.

In business, illiteracy and poor numeracy skills undermine productivity and profitability through higher costs associated with fixing errors or losing customers due to poor communication. Businesses must be willing to spend more money to find adequately skilled staff. When forced to employ people with low literacy and numeracy skills, business owners and entrepreneurs have a harder time getting these employees to understand and apply business finance concepts such as management and allocation of capital to increase shareholder value. Often, this difference is what separates big business from small.

Electricity in classrooms typically boosts performance on key educational indicators and provides other benefits to students. In Kenya, electricity improved access to water, which led to better sanitation practices; in turn, absenteeism of both pupils and teachers due to water-borne diseases (e.g., skin infections, typhoid and cholera) declined dramatically. School electrification in Nepal prompted more villagers to keep children at home rather than sending them to urban schools.

When electricity is sufficient to go beyond lighting and power modern media and information tools (including the Internet), student and teacher attendance, retention and achievement improve while schools benefit from increased efficiencies and lower costs. Access to media allows students to conduct science experiments, exposes them to current events beyond their communities and provides a means to interact with other people. These experiences enhance their ability to learn and promote a mindset of lifelong learning.

Mobile technologies can also accelerate learning of basic and advanced skills. For a population of 1.2 billion people, Africa has 1 billion mobile phones. Coupled with easy access to free online tools, using mobile phones could supplement teacher-led instruction in classrooms and dramatically boost the number of students educated. The possibility to develop learning apps could greatly enhance learning at the primary and secondary levels, particularly if coded in vernacular languages so that students can grasp fundamental concepts of math and sciences separately from the challenge of learning English or French.

While it is difficult to separate specific costs for electrifying education in developing countries, the International Energy Agency estimates that achieving universal access to energy requires investment of about $1 trillion between 2010 and 2030, an average of $50 billion per year.

On a positive note, the cost of electrification, particularly for off-grid energy technologies is declining, and the energy demand of classroom technologies is dropping substantially. Recent tablet readers, for example, use only 10W; if used for 10 hours per day for 200 days over the year, annual electricity demand per student would be about 20 kWh—25 times smaller than for students at Monash University.

With more technical solutions becoming available and more affordable, focusing on other barriers to school electrification is taking precedence, including economic, political, and social challenges (Table 1). Effective policy can set the stage for public-private partnerships for financing electrification of schools and villages, while public awareness campaigns can reduce the impacts of biases toward urban schools, as well as social class and gender biases that favor certain segments of the student population.

The extent to which lack of energy and lack of education currently stifles economic development in parts of Africa, Asia, and Latin America warrants aggressive, collective action by multiple stakeholders. On top of the need to educate tens of millions of young children and youth, efforts should be made to boost the skills of millions of adults with low literacy. Given the inherent challenges and opportunities, policymakers in these regions would do well to focus on creating environments that attract investments for electrifying education and to foster innovation in the education sector more broadly.

Yet the changing nature of the investment challenge must not be overlooked. A donor weariness has set in when it comes to Africa. In many cases, governments must now mobilize domestic resources, which means also accepting that the private sector and civil society will share responsibility for development of areas once considered the preserve of government (e.g., provision of infrastructure and utilities). It is sometimes said that Africa needs “patient capital” as the returns may not come quickly. For investors willing to stay in for the long haul, the potential is tremendous in terms of the impact on economy and society, which can be personally and nationally gratifying.

The overall opportunity to stimulate economies by enhancing energy for education is huge and underscores why entrepreneurs and investors should pay close attention to this space.

BRINK, in collaboration with The Energy Action Project and Edison Electric Institute, produced this article as part of a series to investigate why energy access matters to the business community. Energy and research agencies estimate that between $768 billion and $1.2 trillion is needed to achieve universal access to energy by 2030. The series explores opportunities for return on investments and the risks society faces if we don’t address energy poverty. Other articles in this series include:

Dr. Lawrence E. Jones has served in numerous high-level positions in the utilities sector, often assisting utilities worldwide in formulating strategies to deploy new technology solutions. He is a member of numerous U.S. and international industry advisory committees. He serves as co-chair of the 21st Century Power Partnership Leadership Forum, and previously served as a member on the U.S. Department of Commerce’s Renewable Energy and Energy Efficiency Advisory Committee, and as a member of the U.S. National Institute of Standards and Technology’s Smart Grid Advisory Committee.

Professor Emmanuel K. Akyeampong is the Ellen Gurney professor of History and of African and African American Studies and serves as the Oppenheimer Faculty Director for the Harvard University Center for African Studies. He is a fellow of the Ghana Academy of Arts and Sciences, and a Corresponding Fellow of the Royal Historical Society (UK). He serves as the president of the African Public Broadcasting Foundation (US), a partnership of academic researchers, African broadcasters and African producers dedicated to the production of development-oriented programs for broadcast on television, radio and the Internet. He is a co-founder and director of the International Institute for the Advanced Study of Cultures, Institutions and Economic Enterprise based in Accra, Ghana.

Fellow at the Oxford Martin School, University of Oxford

Dr. Chris Kutarna is co-author of the best-selling Age of Discovery: Navigating the Storms of Our Second Renaissance. A fellow of the Oxford Martin School, Chris researches political and social adaptation to technological, economic and demographic change. His weekly letters, posted at www.kutarna.net, are read by some of the world’s most distinguished change-makers.

Dr. Jacek Jaroslaw Jasieniak is interested in developing nanoscale materials and applying these to energy generation and storage technologies that can be commercialized to solve real-world problems. He is currently director of the Monash Energy Materials and Systems Institute (MEMSI)—the overarching energy-related front for Monash University to industry, government and the public.

Mark Campanale Founder and Executive Chair of The Carbon Tracker Initiative
URL: https://www.brinknews.com/energy-for-education-is-vital-for-developing-economies/
Get ahead in a rapidly changing world. Sign up for our daily newsletter. Subscribe
​​