Factories of the Past are the Data Centers of the Future 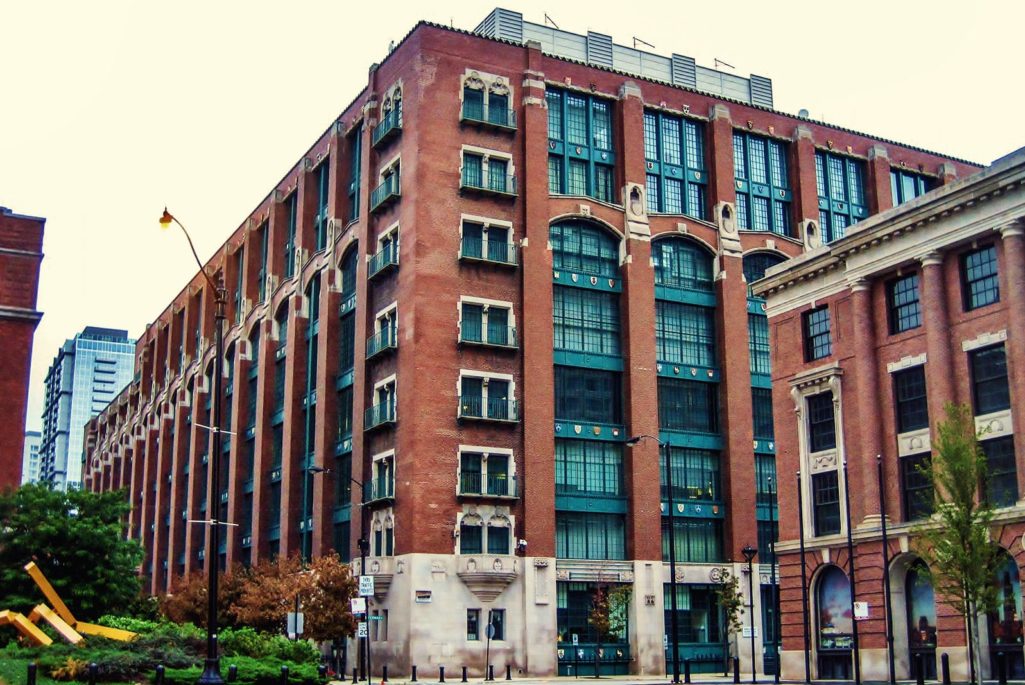 The Calumet plant, R.R. Donnelly & Sons Company in Chicago. At one time, Bibles and Sears catalogs were printed here. Now this building is known as the Lakeside Technology Center, one of the largest data centers in the world.

We live in a data-driven world. From social media to smart cities to the Internet of Things, we now generate huge volumes of information about nearly every detail of life. This has revolutionized everything from business to government to the pursuit of romance.

We tend to focus our attention on what is new about the era of big data. But our digital present is in fact deeply connected to our industrial past.

In Chicago, where I teach and do research, I’ve been looking at the transformation of the city’s industrial building stock to serve the needs of the data industry. Buildings where workers once processed checks, baked bread and printed Sears catalogs now stream Netflix and host servers engaged in financial trading.

The buildings themselves are a kind of witness to how the U.S. economy has changed. By observing these changes in the landscape, we get a better sense of how data exist in the physical realm. We are also struck with new questions about what the rise of an information-based economy means for the physical, social and economic development of cities. The decline of industry can actually create conditions ripe for growth—but the benefits of that growth may not reach everyone in the city.

Factories of the 21st Century

Data centers have been described as the factories of the 21st century. These facilities contain servers that store and process digital information. When we hear about data being stored “in the cloud,” those data are really being stored in a data center.

But contrary to the ephemeral-sounding term “cloud,” data centers are actually incredibly energy- and capital-intensive infrastructure. Servers use tremendous amounts of electricity and generate large amounts of heat, which in turn requires extensive investments in cooling systems to keep servers operating. These facilities also need to be connected to fiber-optic cables, which deliver information via beams of light. In most places, these cables—the “highway” part of the “information superhighway”—are buried along the rights of way provided by existing road and railroad networks. In other words, the pathways of the internet are shaped by previous rounds of development.

An economy based on information, just like one based on manufacturing, still requires a human-made environment. For the data industry, taking advantage of the places that have the power capacity, the building stock, the fiber optic connectivity and the proximity to both customers and other data centers is often central to their real estate strategy.

From Analog to Digital

As this real estate strategy plays out, what is particularly fascinating is the way in which infrastructure constructed to meet the needs of a different era is now being repurposed for the data sector.

In Chicago’s South Loop sits the former R.R. Donnelley & Sons printing factory. At one time, it was one of the largest printers in the U.S., producing everything from Bibles to Sears catalogs. Now, it is the Lakeside Technology Center, one of the largest data centers in the world, and the second-largest consumer of electricity in the state of Illinois.

The eight-story Gothic-style building is well-suited to the needs of a massive data center. Its vertical shafts, formerly used to haul heavy stacks of printed material between floors, are now used to run fiber-optic cabling through the building. (Those cables come in from the railroad spur outside.) Heavy floors built to withstand the weight of printing presses are now used to support rack upon rack of server equipment. What was once the pinnacle of the analog world is now a central node in global financial networks.

Data is crucial to innovation, but also enables the displacement of workers through offshoring and automation.

Just a few miles south of Lakeside Technology Center is the former home of Schulze Baking Company in the South Side neighborhood of Washington Park. Once famous for its butternut bread, the five-story terra-cotta bakery is currently being renovated into the Midway Technology Centre, a data center. Like the South Loop printing factory, the Schulze bakery contains features useful to the data industry. The building also has heavy-load bearing floors as well as louvered windows designed to dissipate the heat from bread ovens—or, in this case, servers.

It isn’t just the building itself that makes Schulze desirable, but the neighborhood as a whole. A developer working on the Schulze redevelopment project told me that, because the surrounding area had been deindustrialized, and because a large public housing project had closed down in recent decades, the nearby power substations actually had plenty of idle capacity to meet the data center’s needs.

Examples of this “adaptive reuse” of industrial building stock abound. The former Chicago Sun-Times printing facility became a 320,000-square-foot data center in early 2016. A Motorola office building and former television factory in the suburbs has been bought by one of the large data center companies. Even the once mighty retailer Sears, which has one of the largest real estate portfolios in the country, has created a real estate division tasked with spinning off some of its stores into data center properties. Beyond Chicago, Amazon is in the process of turning an old biscuit factory in Ireland into a data center, and in New York, some of the world’s most significant data center properties are housed in the former homes of Western Union and the Port Authority, two giants of 20th-century modernity.

What we see here in these stories is the seesaw of urban development. As certain industries and regions decline, some of the infrastructure retains its value. That provides an opportunity for future savvy investors to seize upon.

What broader lessons can be drawn from the way our data-rich lives are transforming our physical and social landscape?

First, there is the issue of labor and employment. Data centers generate tax revenues but don’t employ many people, so their relocation to places like Washington Park is unlikely to change the economic fortunes of local residents. If the data center is the “factory of the 21st century,” what will that mean for the working class?

Data centers are crucial to innovations such as machine learning, which threatens to automate many routine tasks in both high- and low-skilled jobs. By one measure, as much as 47 percent of U.S. employment is at risk of being automated. Both low- and high-skilled jobs that are non-routine—in other words, difficult to automate—are growing in the U.S. Some of these jobs will be supported by data centers, freeing up workers from repetitive tasks so that they can focus on other skills.

On the flip side, employment in the manufacturing sector—which has provided so many people with a ladder into the middle class—is in decline in terms of employment. The data center embodies that economic shift, as data management enables the displacement of workers through offshoring and automation.

So buried within the question of what these facilities will mean for working people is the larger issue of the relationship between automation and the polarization of incomes. To paraphrase Joseph Schumpeter, data centers seem likely to both create and destroy.

Second, data centers present a public policy dilemma for local and state governments. Public officials around the world are eager to grease the skids of data center development.

In many locations, generous tax incentives are often used to entice new data centers. As the Associated Press reported last year, state governments across the U.S. extended nearly $1.5 billion in tax incentives to hundreds of data center projects nationwide during the past decade. For example, an Oregon law targeting data centers provides property tax relief on facilities, equipment, and employment for up to five years in exchange for creating one job. The costs and benefits of these kinds of subsidies have not been systematically studied.

More philosophically, as a geographer, I’ve been influenced by people like David Harvey and Neil Smith, who have theorized capitalist development as inherently uneven across time and space. Boom and bust, growth and decline: They are two sides of the same coin.

The implication is that the landscapes we construct to serve the needs of today are always temporary. The smells of butternut bread defined part of everyday life in Washington Park for nearly a century. Today, data is in the ascendancy, constructing landscapes suitable to its needs. But those landscapes will also be impermanent, and predicting what comes next is difficult. Whatever the future holds for cities, we can be sure that what comes next will be a reflection of what came before it. 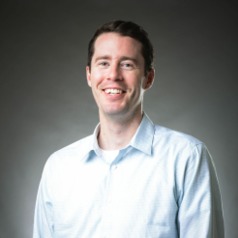 Graham Pickren is an assistant professor of sustainability studies at Roosevelt University. His areas of expertise revolve around an urban political ecology approach to the study of digital technologies and the infrastructure of the internet; an interest in green political economy and debates about sustainability; and a constructive engagement with environmental governance and policy, specifically around the role of markets in driving socio-environmental change

COVID-19 Is Disrupting the Lives of Migrant Workers

How Is Working From Home Working Out?