Financial Exclusion in the UK 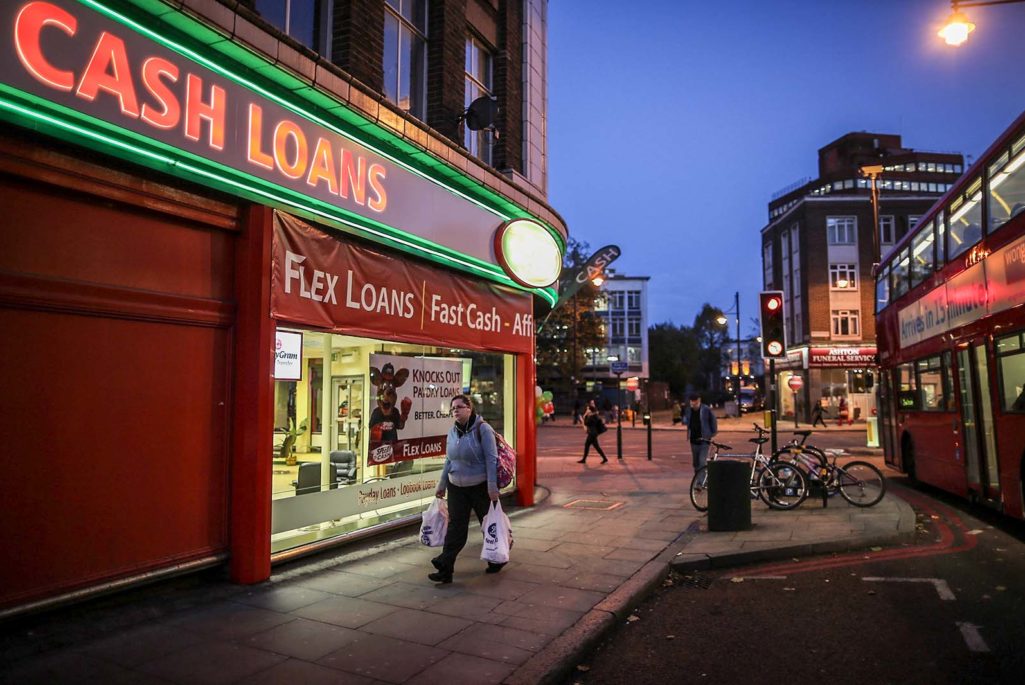 The ‘unbanked’ in the UK often have to resort to ‘pay day’ loan shops, such as the one pictured, because they have a limited range of financial services available to them.

The United Kingdom has built a financial industry that is one of the world’s most advanced and sophisticated. However, there is a shockingly large number of people who are excluded from the industry and its products and services. This population is often vulnerable, living at the lower end of the economic scale, and unable to access fairly priced financial services.

“Financial exclusion” is the term coined for those lacking access to financial services and products; it’s a persistent challenge. According to the UK’s Financial Inclusion Commission, more than one million people are “unbanked,” more than eight million have debt problems and nine million have no access to mainstream credit. To put this into perspective, at the beginning of 2017, a total of 1.52 trillion pounds ($1.98 trillion) was owed; outstanding consumer credit lending stood at 194 billion pounds or the equivalent of 2,470 pounds per household, which would take more than 25 years to repay if only the minimum payment was met each month.

Other reported estimates suggest that more than 500,000 are financially excluded and 51 percent of 18-24 year olds regularly worry about their finances.

Paying the Price for Being Poor

For those affected by financial exclusion, there is a “poverty premium” to be paid, owing to the limited choices they have when it comes to available forms of affordable credit. It has been estimated that in 2012, two million people were forced to take out high-cost loans because of their lack of other options. They are also faced with increased costs from other sources, such as utility bills, that often offer discounts when purchased online, or paid monthly via direct debit. Typically, they also face increased borrowing costs, making milestones such as buying a home much harder. As financial difficulties often lead to stress, it comes as no surprise that health and well-being are affected, too.

Earlier this year, the House of Lords Financial Exclusion Committee called on the UK government to make financial exclusion a greater priority. In the report, titled Tackling financial exclusion: A country that works for everyone?, the Lords request an end to the “scandal of the poorest being excluded from even basic financial services and forced to rely on expensive and substandard products.”

Baroness Tyler of Enfield, who is the chair of the committee, said “The UK financial services sector is a world leader which makes it doubly unacceptable that it is failing those who need it most.” She also told the BBC that “Action must be taken to ensure the financial system in this country works for all.”

It appears that the uncertainty following the Brexit decision in June 2016 could lead to the situation deteriorating even further. Demos, a UK-based think tank, issued their Banking For All report after the Brexit vote that says the political uncertainty coupled with low interest rates and changes to the UK’s benefits system “are creating a time bomb that could see even more Britons become financially vulnerable.

For those affected by financial exclusion, there is a ‘poverty premium’ to be paid.

Since early 2016, UK banks have been obliged to provide basic accounts to any customer, following an agreement between the banking sector and the UK Treasury. These accounts allow users to deposit and withdraw funds, as well as set up direct debits and automatic payments free of charge. In addition to this, these basic accounts do not offer overdraft facilities, preventing charges from being placed onto the accounts; previously overdraft costs had generated fees of over 1 billion pounds. The lack of an overdraft facility means that those opening an account aren’t required to have a good credit history, removing one barrier.

While previously, short-term loan companies were subjected to criticism due to the high interest rates associated with their products, the major high street banks charged even higher fees for overdraft charges.

However, an obstacle that remains is proof of identity and address. Standard forms of identity such as a passport or driver’s license are often out of reach for those who are on a low income.

So how do we see the issue being fixed? The House of Lords has urged the government to show its commitment to the issue though widening the responsibility of the Financial Conduct Authority (FCA) so that a priority is given to tackling the exclusion. It has also said that the government should work closely with FCA to create legislation that requires banks to provide a duty of care for their customers. The idea behind this is that customers would be protected from unfair banking practices. The committee has also stressed the need for a Minister for Financial Inclusion within the government.

Long term, the issue of financial literacy must also be addressed. In 2016, the Organisation for Economic Co-operation and Development (OECD) found that 38 percent of people in the UK didn’t understand inflation and 69 percent didn’t carefully consider purchases. The study found that the UK is below average when it comes to teaching financial literacy; it ranked 15 out of 29 countries.

Further research by Future Finance has suggested that there is a distinct gap in the financial knowledge of young adults and their lack of understanding when it comes to what they view as “debt.” For example, 24 percent of students do not to consider payday loans and credit cards to be a form of debt, and while 63 percent of students reported that they have a good understanding of personal finance, although 40 percent admitted to not knowing what the acronym “APR” stood for.

Financial exclusion needs both a top and bottom approach. While measures need to be put in place now to remove the barriers faced by the vulnerable, a long-term solution needs to be implemented by including these key life issues in school curriculum and calling on parents for their support.

Andrew Wayland is the marketing director for Everyday Loans. He is a financial marketing expert and helped start Everyday Loans back in 2006. Previously worked as the head of Commercial Development for a tech start up and ran a PR agency for around 5 years.

Rupert Watson Head of Asset Allocation, International Ex-Pacific at Mercer Rachel Volynsky Chief Investment Officer at Mercer
URL: https://www.brinknews.com/financial-exclusion-in-the-uk/
Get ahead in a rapidly changing world. Sign up for our daily newsletter. Subscribe
​​