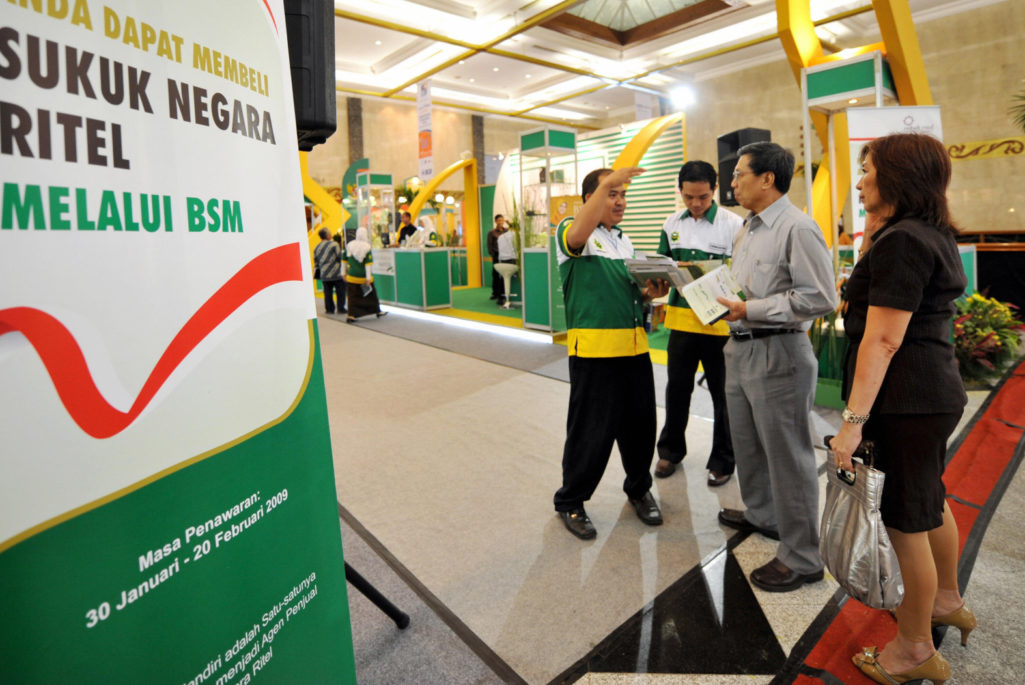 An Indonesian bank employee helps visitors searching information about sukuk during an exhibition in Jakarta.

According to this report from the World Economic Forum, encouraging more robust local capital markets—where emerging market corporations can more easily issue local currency debt to local investors—is critical to providing companies with an alternative to bank financing and freeing up bank capital for lending to SMEs. Greater access to capital will spur private-sector growth and, with the private sector providing some 90 percent of jobs in the developed world, will in turn boost economic growth.

Local corporate bond markets, however, do not develop by themselves. Government actions to foster increased issuer participation, improve investor value proposition, and enhance market efficiency and transparency are necessary. Take the Malaysian and Singaporean governments, whose visions for market development ultimately shaped the unique characteristics of their markets today.

Malaysia is acknowledged as a global expert in Islamic financing—and understandably so, as its sukuk market is the largest in the world. This is no accident: Since Malaysia’s passage of the Islamic Banking Act in 1983, the country has prioritized developing its Islamic finance industry with dedicated advisory councils and thorough regulatory frameworks. In 2000, it launched a comprehensive 10-year master plan for growing its financial market, including the Islamic finance sector. These efforts have helped the corporate sukuk market grow at an over 21 percent compounded annual growth rate since 2000. Today, Malaysia’s sukuk market provides approximately $82 billion for companies across 32 different industries.

In comparison, Singapore is widely recognized as an international financial hub with foreign issuer- and investor-friendly policies. Following the 1997-1998 Asian financial crisis, Singapore recognized the need to develop corporate bond markets to complement the dominant banking sector and existing equity market. It specifically aimed to create a local bond market that welcomes both domestic and foreign issuers. Starting in 1998, foreign institutions were allowed to issue SGD-denominated bonds. Regulations were fine-tuned in 2009 to qualify high-grade securities issued by foreign entities as regulatory liquid assets. Singapore imposes no capital controls, investment or hedging restrictions, or withholding taxes on interest income for qualifying debt securities. As a result, foreign entities now account for over a quarter of domestic bond market issuances.

What is impressive about Singapore and Malaysia is not the absolute scale they have achieved in their corporate bond markets ($224 billion and $229 billion in market value, respectively—tiny as compared to the $2.8 trillion Chinese corporate bond market). Understanding countries’ market development visions and their subsequent impact is ultimately more important than absolute scale. In Malaysia’s case, the Islamic financing market may be smaller than the traditional debt market, but its establishment helped unlock previously untapped sources of capital.

Drexler is the head of investors industries at the World Economic Forum, USA and holds a doctorate in mathematics from the University of Oxford.

Bruno is the head of financial services industry at the World Economic Forum, USA. He has advanced degrees from Tufts and Harvard universities.

Mark Campanale Founder and Executive Chair of The Carbon Tracker Initiative
URL: https://www.brinknews.com/for-emerging-markets-local-capital-is-key/
Get ahead in a rapidly changing world. Sign up for our daily newsletter. Subscribe
​​