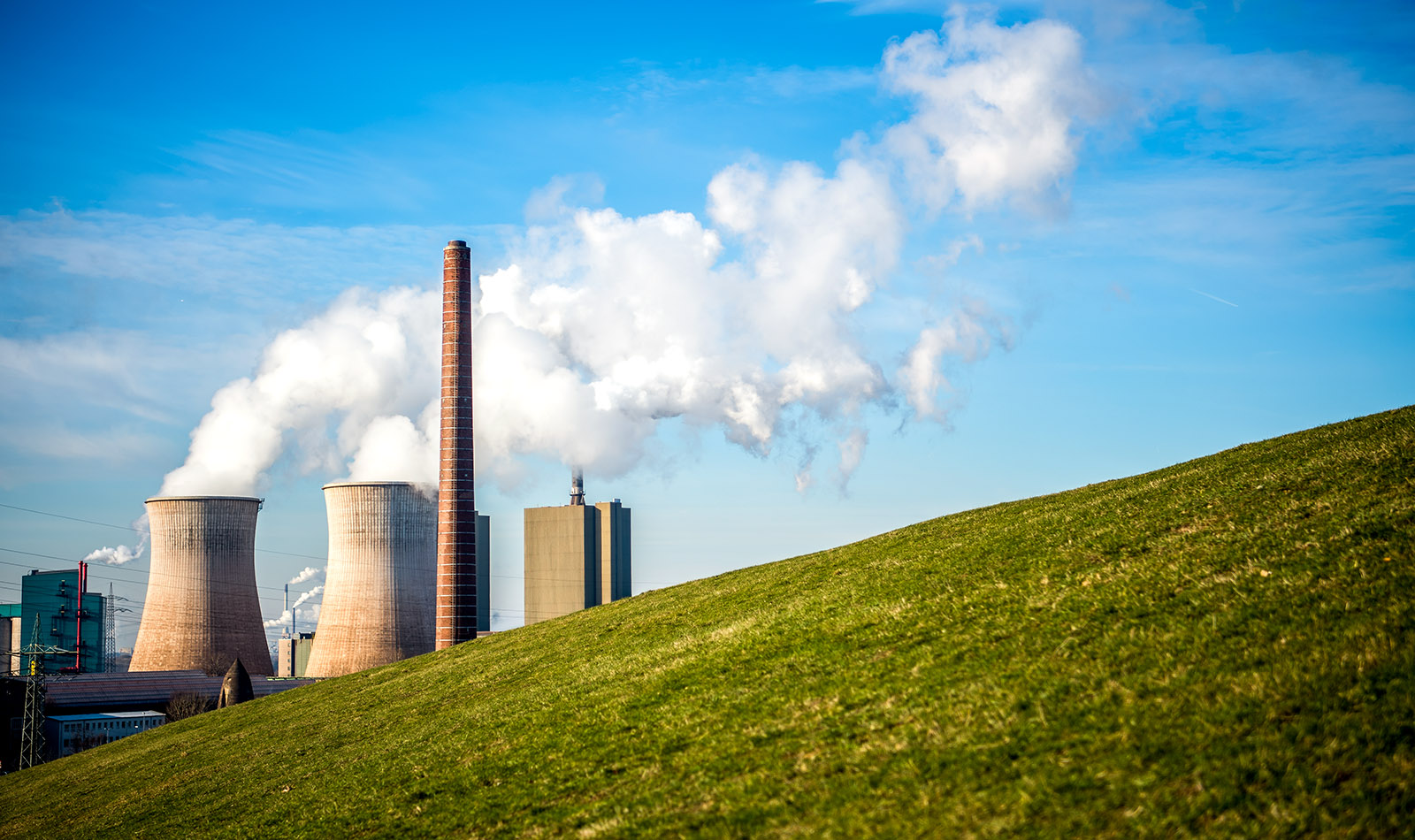 Steam and exhaust rise from a steel power station in Duisburg, Germany. Climate change is threatening financial stability, and regulators have been slow to mobilize, but that appears to be changing.

As I write this, many of the world’s leading banks and insurers are busy finalizing their response plans to the Bank of England’s innocuous-sounding supervisory statement number SS3/19. It sets out the regulator’s expectations for how banks and insurers should manage the financial risks of climate change, including modification of governance and risk management frameworks, development of scenario analyses and stress testing, and disclosure of climate-related risks.

Because London is the world’s foremost financial center and a key market for leading international banks and insurers, the Bank of England’s initiative has implications that reach far beyond the U.K.

A growing number of regulators around the world are examining similar measures. The Network for Greening the Financial System — a club of central banks and supervisors focused on integrating climate change into regulatory frameworks — currently has 42 members from five continents. A similar club of insurance regulators, the Sustainable Insurance Forum, has 24 members. A third initiative focused on countries with growing social and economic statuses — the Sustainable Banking Network — has 27 banking regulators among its members.

Regulators’ logic for incorporating climate risks into their supervisory frameworks is sound. The impacts of climate change may threaten the solvency of financial institutions exposed to high-risk sectors or climate-vulnerable markets and, ultimately, the stability of financial sectors. For example, the 2018 wildfires in California, widely considered to have been exacerbated by climate change, resulted in record-breaking insured losses of more than $15 billion and the failure of a local insurer. When California’s largest electrical utility entered into Chapter 11 bankruptcy protection following potential liabilities of $30 billion in connection with the fires, investors and creditors found themselves facing billions of dollars of write downs.

Globally, climate-related disasters are on the rise, and recent years have seen significant losses, prompting one major financial institution to blame climate change when announcing its recent decision to quit reinsurance. And as climate-related losses accumulate — becoming larger and occurring more widely and frequently — bad years will affect more and more financial institutions, with the result that impacts become increasingly systemic.

The response of governments to cut greenhouse gas emissions with more stringent and further-reaching policies also creates financial risk. Though necessary, these efforts may threaten the viability of carbon-intensive companies unable to adapt their business models fast enough to tightening policy and the march of new low-carbon technologies. Recent years have seen a flurry of bankruptcies and restructuring among coal companies, for example.

In sum, because climate change may increase the risks of insolvency among individual banks and insurers and contribute to wider systemic instability, it falls squarely within the purview of prudential regulation. It also makes sense as an agenda item for securities regulators: To the extent that climate change may increasingly pose material risks for corporations and their shareholders, these should be fully disclosed.

Finance is by no means the only critical sector threatened by climate change; consider energy or medicine. The examples go on.

Financial regulators’ scrutiny of climate risks is taking place against a backdrop of broader action from investors, NGOs and legislators. Central to this is the emergence of new norms for the disclosure of climate risks, driven by the work of the Task Force on Climate-Related Financial Disclosures (TCFD), established in 2015 under the auspices of the G-20. The TCFD has published a set of guidelines for how financial institutions and corporations should assess and disclose climate risks. Other climate reporting frameworks, such as those of the Climate Disclosure Standards Board and CDP, have aligned with the TCFD, and signatories to the UN Principles for Responsible Investment, which number almost 2,500 asset owners and investment managers, will comply with the recommendations by 2020.

Some governments are also legislating to enhance disclosure. In France, Article 173 of the Energy Transition Law mandates disclosure of climate risks for listed companies and introduced carbon reporting for institutional investors. The European Commission has published new guidelines for reporting climate-related information, and the U.K.’s green strategy proposes mandatory compliance with TCFD by 2022.

The alignment of action among regulators, legislators, investors and NGOs creates a mutually reinforcing dynamic that should steadily accelerate the adoption of consistent climate risk disclosures.

Regulation in Other Sectors

Finance is by no means the only critical sector threatened by climate change. Regulated sectors such as energy, food, water, medicines and transport are all vulnerable to disruption from climate impacts.

Consider energy. Increasingly extreme weather threatens generation assets and grid infrastructure as various events around the world have shown. In California, the scale of potential liabilities that utilities could face in a future of greater wildfire risk now threatens investment into the electricity sector. For energy regulators tasked with ensuring access to affordable and reliable energy, understanding the climate risks that energy companies face and how they are managing them will become increasingly important.

Or consider medicines. Pharmaceutical supply chains, many of which depend on critical offshore manufacturing hubs for taxation purposes, may become increasingly vulnerable to disruption as climate change gathers pace. In 2017, when Hurricane Maria devastated Puerto Rico, which manufactured 8% of all medicines consumed in the U.S., the Food and Drug Administration was left monitoring potential shortages of 30 drugs, 14 of which had no substitute. For regulators charged with maintaining secure supplies of critical medicines, climate change is a new risk that needs to be monitored and understood.

These sectors are all critical to national security. Regulatory scrutiny of climate risks has only just begun.

Til Schuermann Partner and Co-Head of Oliver Wyman’s Risk & Public Policy Practice
URL: https://www.brinknews.com/global-climate-regulation-looms-on-the-horizon-are-banks-and-insurers-ready/
Get ahead in a rapidly changing world. Sign up for our daily newsletter. Subscribe
​​