Here Are 5 Predictions for the Future of Our Cities 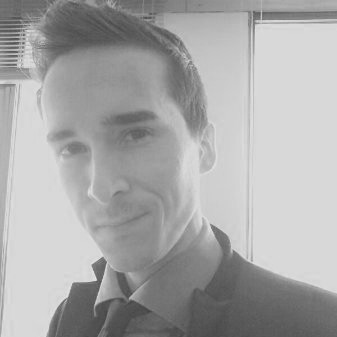 Teemu Alexander Puutio
PhD Researcher at the University of Turku 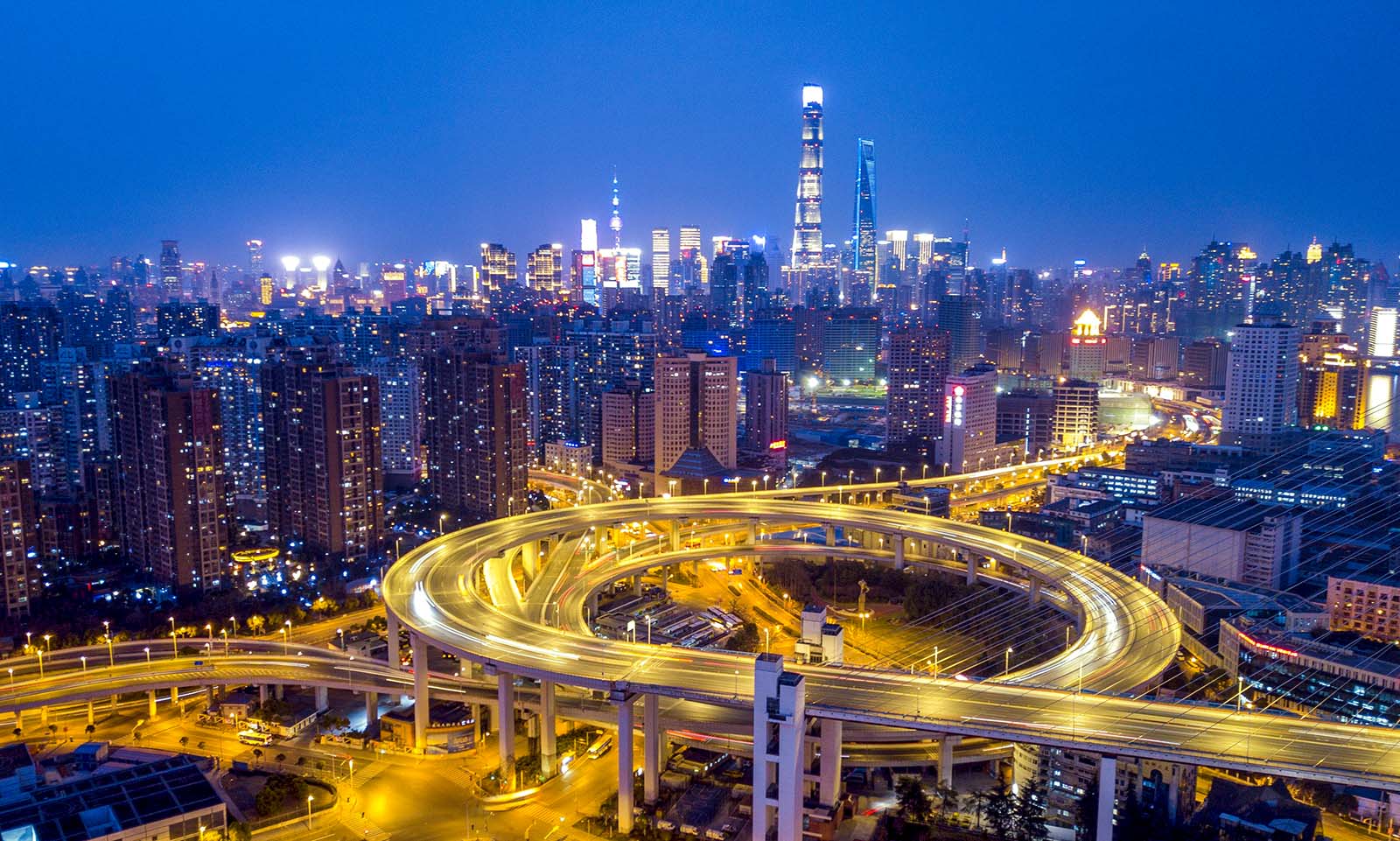 Traffic moves along the Nanpu Bridge in front of the skyline of Shanghai. Cities account for 80 percent of global GDP, but that success comes at the cost of unsustainable consumption, environmental degradation, and persistent inequity.

This is the first piece in a weeklong BRINK series on the Future of Cities.

In 2018, it is all but impossible to know whether you are reading this on a computer screen, mobile phone, or a tablet. However, chances are you are doing so in one of the 150 metropolitan areas that are home to every seventh person alive today.

More than half of us have chosen to live in cities, a figure that is expected to rise to 70 percent by 2050. In economic terms, the results of urbanization have been nothing but impressive. Cities are accountable for 80 percent of global GDP. For instance, the Boston-NYC-Washington corridor together with the L.A. region generates more than 30 percent of the United States’ annual output.

Success always comes at a cost, and the success of cities is no exception. Unsustainable consumption patterns, environmental degradation, and persistent inequity are only a few of the issues that afflict modern cities. For some, this assortment of horrors combined with the unprecedented mobility of labor in the digital era heralds the end of urbanization.

However, given what we know of cities and digitization today, the opposite conclusion seems more warranted. Instead of de-urbanization, the next decades will see cities forging powerful international partnerships and taking the lead in solving global problems.

The Secret Is in the Scale

Anyone who has ever visited Shanghai, New York, or any other modern megacity lined with gravity-defying skyscrapers can attest to their unique capacity for scale. However, something much more astonishing is happening behind the scenes. According to recent research, spearheaded by Geoffrey West and Luis Bettencourt, cities take human and physical capital and scale them superlinearly. In apparent defiance of traditional arithmetic, cities produce more units of output for each unit of input they use when it comes to game-changing statistics such as GDP, wages, patents, and R&D expenditures.

Even better, cities waste fewer resources per capita on infrastructure and services. This makes them ideally suited for providing realistic answers to the biggest global challenges. It also makes cities the only realistic solution for housing a population that is expected to expand to 9.7 billion by 2050. With digitization, these problem-solving capabilities are likely to grow.

Reinventing How and Where We Work

In 2020, we will witness the coming of age of the first cohorts of the “Generation C” (C for connected) that have lived their entire lives surrounded by the digital world. By then, the four horsemen of the Fourth Industrial Revolution—automation, augmented reality, cloud computing, and ambient intelligence—will have ushered in Industry 4.0 in all its digital splendor. Together with the steady retreat of the baby boomers, the advent of the digital age will be reason enough for Generation C and the millennials to reinvent both how and where they work.

While the former will occupy even the most imaginative futurists for some time, the answer to the latter is already obvious. With each incremental improvement in connectivity brought by digitization, the labor force—just like work itself—will become increasingly mobile. Digitization will also ensure that the very meaning of mobility will change. Indeed, Generation C will be the first cohort of workers to be mobile on their own terms, moving freely, where others before them relocated out of necessity.

Cities excel in fostering community, which is found in open spaces ripe with social offerings, accessible educational systems, and opportunities for civic involvement.

At the same time, digitization will continue reshaping the contours of productivity at large. Most importantly, it will continue increasing the benefits of clustering in major sectors, such as manufacturing, financial services, and hospitality. Key among the entrepreneurs, who will inhabit and prosper in these clusters, will be “micro-multinationals” using digital platforms such as eBay, Alibaba, and Amazon to leap across geographical divides.

As a result, the gravitational pull of cities will only grow stronger.

In all likelihood, most of us will enjoy being pulled in. Recent studies have shown that cities excel in fostering community attachment, which is found in open spaces ripe with social offerings, accessible educational systems, and opportunities for civic involvement. Luckily for us city dwellers, community attachment itself is a positive feedback mechanism that is correlated with overall happiness, GDP growth, and many other desired features of modern life.

The capacity of cities to create unprecedented levels of economic activity and innovation will all but ensure that they will take the lead in the century ahead. In fact, today there are already more functional cities than nation-states. However, even with all their economic prowess and penchant for openness, cities still lack the final ingredients for sustainable dominance: political clout and sovereignty. This need not be the case for much longer.

What You Are to Where You Are

From the United States’ National League of Cities to the international Global Parliament of Mayors, cities across the world are forging partnerships that derive their power from shared interests rather than geographical proximity or political collegiality. At the same time, provincial leaders ranging from Bavaria to Punjab are busily setting up independent trade and investment promotion offices in a competitive bid for financial flows and tourism.

The national context isn’t necessarily the most relevant one for modern cities. For example, while there are few meaningful parallels between the United Kingdom and Turkey, the “remain” votes of London, Liverpool, and Manchester in the Brexit referendum were driven by similar forces as the “against” votes of Istanbul, Ankara and Izmir in the constitutional referendum in Turkey.

Even the politically self-sufficient United States is awakening to a new world of global urbanites. New York and San Francisco have committed to the Paris Agreement, alongside more than 380 other cities, even though the country itself has rejected it. And while we may not see “Ithaca Hours” challenging the greenback any time soon, it is already obvious that cities do not need anyone’s permission to make the best of their urban sovereignty.

What’s more, digitization promises to make the best even better. In smart cities such as Tallinn, citizens engage with their urban government effortlessly via digital platforms that enable them to sign contracts, file their taxes, and vote in the Estonian national elections. Similar programs in Singapore, Amsterdam and beyond are on their way to make “Government 4.0” a reality that matches our newfound economic capabilities.

Perhaps the most underappreciated promise of digitization is localized e-governance. Digital platforms will enable unforeseen levels of accountability, access, and openness, forever changing how local governments interact with the people they govern. Indeed, the time when governments see us as customers rather than citizens may be closer than we imagine. And when it comes, we can be sure to thank digitization.

PhD Researcher at the University of Turku

Teemu Alexander Puutio is a PhD researcher at the University of Turku.

Tracy Hadden Loh Fellow at Brookings Institution
URL: https://www.brinknews.com/here-are-5-predictions-for-the-future-of-our-cities/
Get ahead in a rapidly changing world. Sign up for our daily newsletter. Subscribe
​​