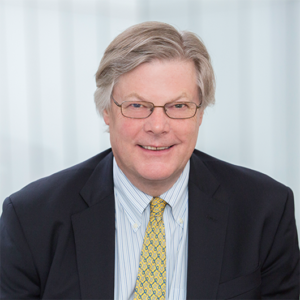 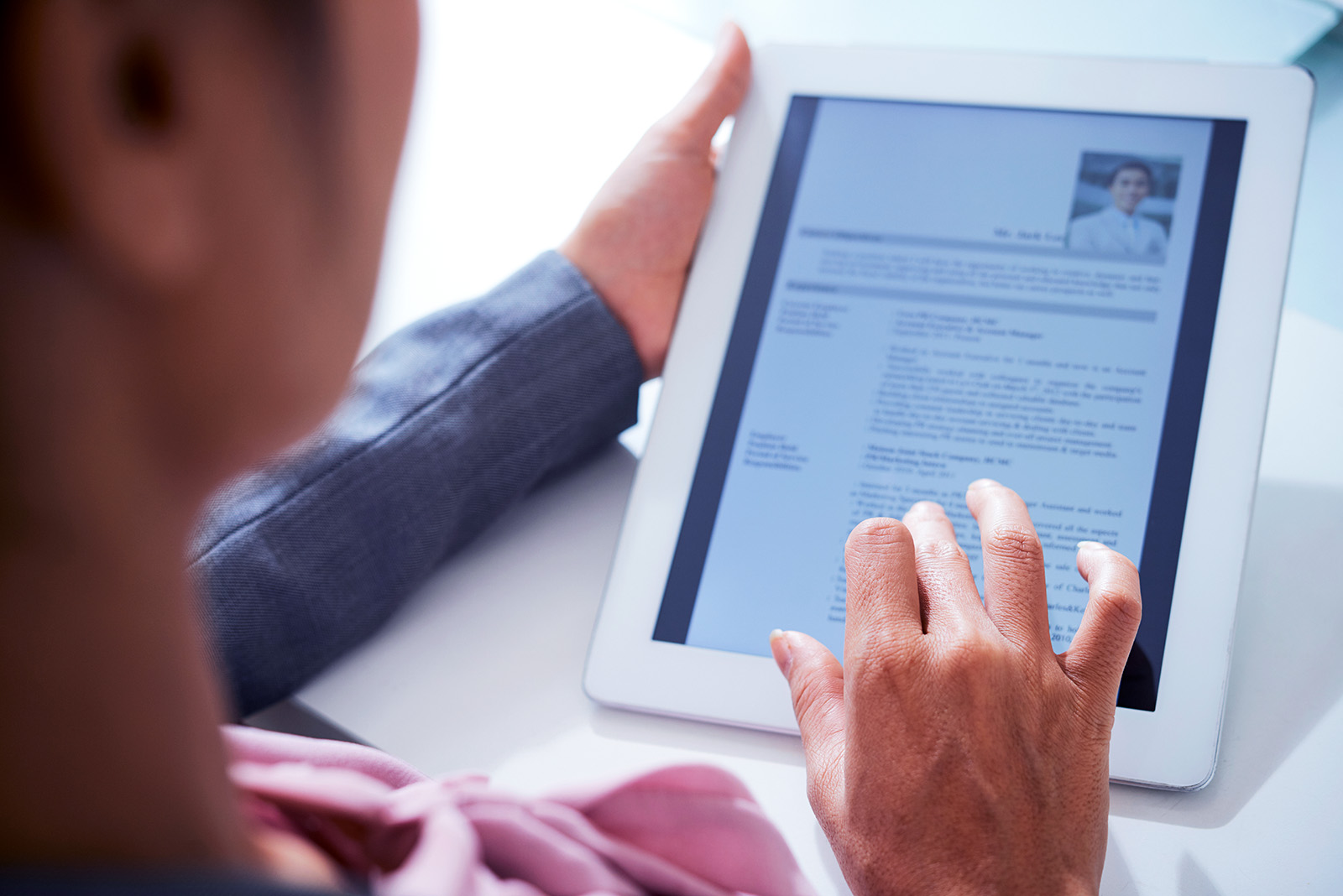 Today’s machine learning and predictive analytics technologies are about to bring revolutionary changes to the executive search industry.

From the 1950s to the mid-1990s, executive recruiters sourced candidates by leveraging their Rolodexes; they made a lot of phone calls, starting with people they knew and requesting possible candidates and referrals. Their success as recruiters was largely governed by their personal network.

For the first time, information about the workforce became freely available to diligent researchers. LinkedIn, for example, with its hundreds of millions of active profiles, allows recruiters to consider sources and candidates outside their phone networks. But combing through LinkedIn is an eye-wateringly laborious process; for every person of interest there are tens of thousands who sound similar but are not, and the information is not always accurate or up to date.

This is one of the reasons why recruiters are generally supported by large research teams and why the average search still takes three to five months from inception to completion.

Today’s machine learning and predictive analytics technologies, however, with their ability to sift through huge volumes of data with previously unimaginable speed and precision, are about to bring revolutionary changes to the search world.

On the Cusp of a Revolution

For the executive search industry, AI’s most imminent and revolutionary application will be its ability to compile large, constantly evolving data sets and draw inferential deductions from that data.

Though it would have seemed impossible just a few years ago, AI algorithms can now aggregate personal and organizational profiles from billions of social, public and enterprise sources and use them to build a continuously updated portrait of the labor market.

This data portrait, valuable in its own right, is then subjected to a highly nuanced machine learning engine, which can contextualize company and candidate profiles across a wide variety of key metrics.

Whereas a keyword-matching system measures a candidate against a few pre-programmed words deemed necessary for a role, proper machine learning tools can understand candidates and companies in the context of their ecosystem and make inferential deductions about their qualities, relationships and likely behavior.

In practice, this means two things.

Second: They have on-demand access to nuanced and customizable evaluations of those profiles and the relationships between them.

AI algorithms are capable of completing millions of pattern-matching comparisons per second and in some cases have “seen” and “compared” as many as two billion career progressions. They make complex and qualitative inferences about individual and corporate profiles and can do so on an incredible scale.

What this means, in practice, is that AI can evaluate candidates and companies with incredible precision.

Rather than simply filtering candidates by static traditional metrics — job experience, education, diversity — and leaving humans to make qualitative inferences, AI can identify candidates who’ve demonstrated patterns of excellence over the course of their careers.

It can sort relevant candidates by their likelihood to be interested in a new position.

And it can provide a quantitative and contextually comprehensive understanding of the moves of successful candidates going from one company to another over the last fifteen years, for example.

Less Time Spent Having to Search

AI will be for executive search firms what the first tractors were to farmers: It won’t change the substance of what search firms do, but it will allow them to do a better job faster.

Rather than spending weeks building a comprehensive, three-dimensional, long list of candidates, today’s AI-enabled recruiters can compile nuanced long lists of candidates simply by feeding AI with a “perfect profile” and having it sweep through the database, identifying profiles that have similar skills, career trajectories and job titles.

This added efficiency will noticeably shorten the time and resources firms put into the front end of each search, freeing recruiters to focus on value-adding aspects of the job like candidate development, contract negotiation and onboarding.

Reducing Searches From Months to Weeks

In the long term, as AI becomes more ubiquitous, these efficiencies may shift industry expectations about search durations, decreasing the average project length from months to weeks.

Artificial Intelligence has the ability to hugely reduce human bias in all levels of the talent acquisition landscape.

These efficiency gains have structural implications for the recruiting landscape, particularly at the middle and lower ends of the hiring pyramid where commonalities across searches lend themselves to comprehensive automation.

Because machine learning algorithms learn from the tasks they accomplish, by the time an algorithm has finished 100 comptroller searches for 100 industrial companies, it will be pretty good at distinguishing between long-list and finalist-quality candidates.

At the executive level, however, each search is unique and even the minor differences between finalist candidates will have major implications for a client’s future. AI will play a major role in the early phase of these searches, but its influence will fade in later stages.

AI has the ability to hugely reduce human bias in all levels of the talent acquisition landscape.

A search firm can now, for example, conduct the whole research phase of a project without knowing the candidates’ names, ethnicities, genders, sexual orientations, or places of origin. Candidate masking of this sort helps to reduce unconscious human biases and makes it far easier to embed diversity into the search process, allowing for real and numbers-based accountability in diversity efforts.

AI’s far-reaching intelligence and numerical rationality can also help to combat other human biases, like those that favor some collegiate institutions over others.

An AI algorithm can be taught to draw its own conclusions about performance and quality; it makes judgments without relying on limited polls, human opinions or historic reputations. It can, for example, weigh an Ivy League university against a small, little-known college on an unbiased scale.

Because AI is working with real data, however, and because that data is generated by and reflective of a society in which bias has played a structurally organizing role, AI can accidentally perpetuate, rather than surpass, human prejudice.

To circumvent this and ensure that AI is not perpetuating the prejudices implicit in human society, AI algorithms can be trained to develop strategies to identify, quantify and work around the biases it finds.

Rather than simply evaluate individual performance in a diversity-blind way, for example, AI can measure the overall historic relationship between employees of diverse backgrounds and the companies they’ve worked for, analyzing (a) how bias interacts with their career progressions, and (b) how each candidate ranks relative to each other in that same context.

In other words, it can look at whether a company seems to exhibit bias against certain employees, then judge those employees in ways that take these biases against them into account. This gives promising candidates of diverse backgrounds a way of being found by the algorithm, even when systemic bias would otherwise negatively impact their visibility.

The fact that these algorithms can be used to produce shortlists, pipelines and talent market maps of distinct subsets of the labor market is revolutionary.

For example, it will soon be feasible to identify roughly how many Native Americans have worked in New York’s investment banks over the last decade — what roles they’ve had, how they performed and who the top performers were. That is valuable data. And as search firms get better at building and maintaining their AI databases, they will begin selling market insights like this as a commodity.

Though AI will streamline the search business — and though it may eventually be technically capable of removing humans from the equation — it is unlikely to fully obviate the need for human interaction.

To the candidate, a recruiter serves as a coach, career adviser and advocate; to the client, they are a market expert, deal negotiator and strategy consultant. Most importantly, executive search professionals are good at finding the best candidate for the client, then persuading this candidate that the role is important, that they are uniquely able to fill it and that this is an opportunity that they should consider — and they do this by contextualizing data with narrative.

AI does not compare to humans in this sphere; it cannot take information about a candidate, a client or a strategy and turn it into the kind of compelling, fact-supported story with which humans make important decisions. But this is exactly what executive search consultants have done for clients and candidates since the industry’s inception: They tell stories.

What AI can do is enrich the details in the storytelling.

Steve Potter is CEO of the U.S. business of Odgers Berndtson. He is based in New York and sits on the Global Board. Odgers Berndtson is the 6th largest Executive Search firm in the world with 56 offices globally and 14 in the US. Steve is a graduate of Yale university, with 30 years’ experience in executive search.

Tom Friedman Author, Reporter and Columnist for The New York Times
URL: https://www.brinknews.com/how-artificial-intelligence-is-poised-to-shake-up-the-executive-search-world-jobs-recruitment/
Get ahead in a rapidly changing world. Sign up for our daily newsletter. Subscribe
​​