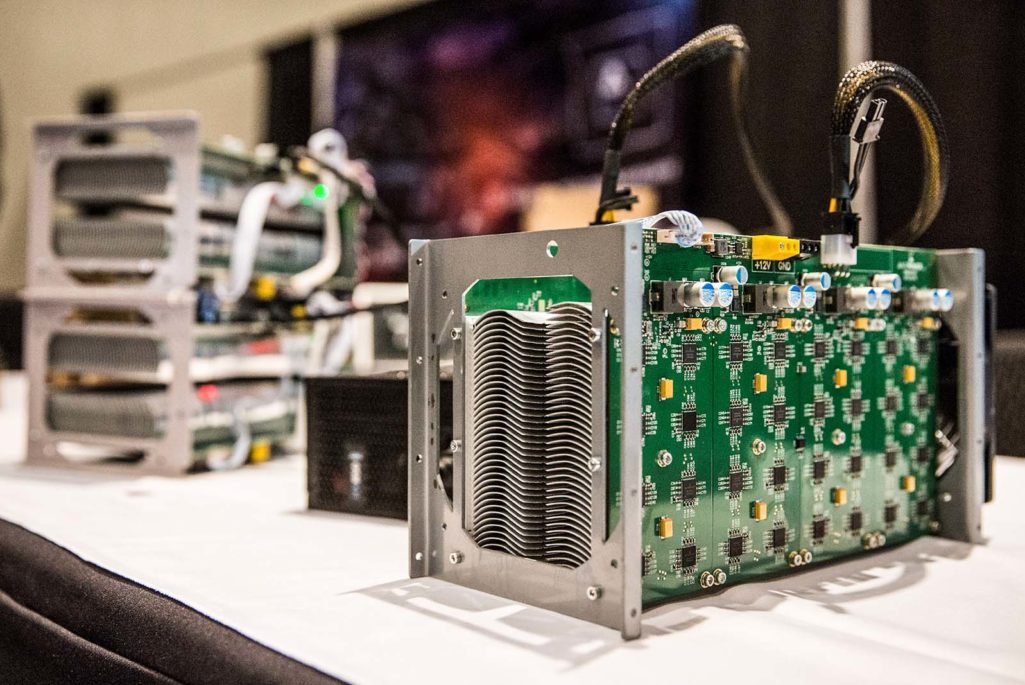 Bitcoin mining hardware is displayed at a conference. Emerging digital technology promises to expand financial inclusion to some of the remotest corners of the planet.

If you have not yet heard of blockchain, you will soon. Blockchain is expected to further speed the pace of change in a financial sector already probing new frontiers. This emerging digital technology promises to also further expand financial inclusion to some of the remotest corners of the planet.

Whether it is revolutionizing remittances in the Philippines, empowering smallholder farmers in Myanmar, or providing food safety to chicken farmers in China, blockchain’s dizzying array of possibilities reflects the transformational nature of the change it promises.

So, what is blockchain? Most simply, the technology is essentially an incorruptible digital ledger of transactions—not just financial transactions, but any transaction of value in a system.

Once a transaction is verified, it becomes part of a permanent record that can be shared and updated in near real-time across a group of participants. Each transaction is grouped with other transactions to create a block of information for the ledger. Each block is added sequentially with a time stamp and a link to a previous block, thus creating the chain.

It is a distributed database, meaning that the storage devices for the database are not all connected to a common or centralized processor. As such it is unlikely to be controlled by any single entity or to have a single point of failure. Blockchain is effectively an immutable historical record of all transactions that ever occurred.

Imagine it as a way to cut out the middleman in financial transactions. In other words, to reintroduce peer-to-peer transactions at scale.

By now, most of us are used to sharing information through a decentralized online platform: the Internet. Yet, when it comes to transferring value—money—we are accustomed to old-fashioned financial establishments such as banks.

Even online payment methods, such as PayPal, generally require integration with a bank account or credit card.

Blockchain potentially changes all of that. It does so by removing the problem of “double-spending” inherent to modern transactions, which require the continued inclusion of a middleman—a bank or insurance company—to ensure their integrity.

It is creating new ways for people to make transactions. It is being used to record transactions, verify identity and establish contracts.

In the Philippines, blockchain remittance services, such as Coins and Rebit, allow workers to send money home more affordably. In Georgia, blockchain is being used to register land titles in a transparent, nonfraudulent way.

In Papua New Guinea, the central bank is exploring blockchain and cryptocurrencies to leapfrog previously insurmountable technological hurdles to widen and deepen the financial services available to its people. Such dramatic advances are not hard to envision—after all, most people are well aware of similar leaps forward that were made possible after cell phones emerged.

For example, one hindrance to banks’ broader extension of loans to small businesses, particularly in developing countries, is onerous KYC costs that easily outstrip the modest revenues that such a small enterprise might bring.

This is where blockchain’s incorruptible digital ledger comes into play. Essentially, it promises to reduce the costs to banks of KYC procedures for smaller businesses that in the past would have exceeded promised revenues and constrained lending.

While the focus needs to be on establishing a dynamic and enabling market, regulators must nonetheless strive to strike the right balance between regulatory oversight and innovation, as well as ensure consumer protection.

It is crucial that regulators build and retain trust in the system. They can do this by applying test-and-learn regulatory sandbox approaches, which have proven useful for the fintech industry in various jurisdictions.

This sandbox allows a regulator to “endorse” a promising entity so it can test—on a limited scale—a new but perhaps uncertain or unclassified product and then assess the benefits and risks. A wave of central banks across the region has already or will soon launch regulatory sandboxes.

Clearly, blockchain and digital ledger technologies have wide-reaching implications across sectors and industries and around the world. Yet, its promise is perhaps biggest in less-developed regions.

As Vitalik Buterin, inventor of Ethereum, has said: “Blockchain solves the problem of manipulation. People in the West say they trust Google, Facebook, and their banks. But people in many other countries do not trust organizations and corporations that much. Blockchain’s opportunities can help overcome that obstacle.”

Finance sector development differs across developing countries in Asia and the Pacific. This requires calibrated and proportionate approaches that consider country context.

Nonetheless, interest is high and innovation is ripe for tailoring digital financial services to expand financial access to more of the one billion unbanked people in the region. 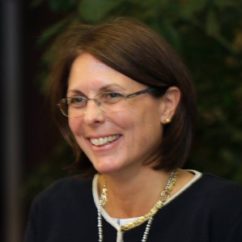 Lotte Schou-Zibell provides technical leadership on financial sector issues, including developing and maintaining sector policies, strategies, operational plans and directional papers. She previously worked as director for International Economic Policy at the Swedish Ministry of Finance, as financial supervision and regulation expert at the Swedish Financial Supervisory Authority and the Swedish Central Bank, and as a consultant to the International Monetary Fund.