How Can Asian Governments Combat Pollution? 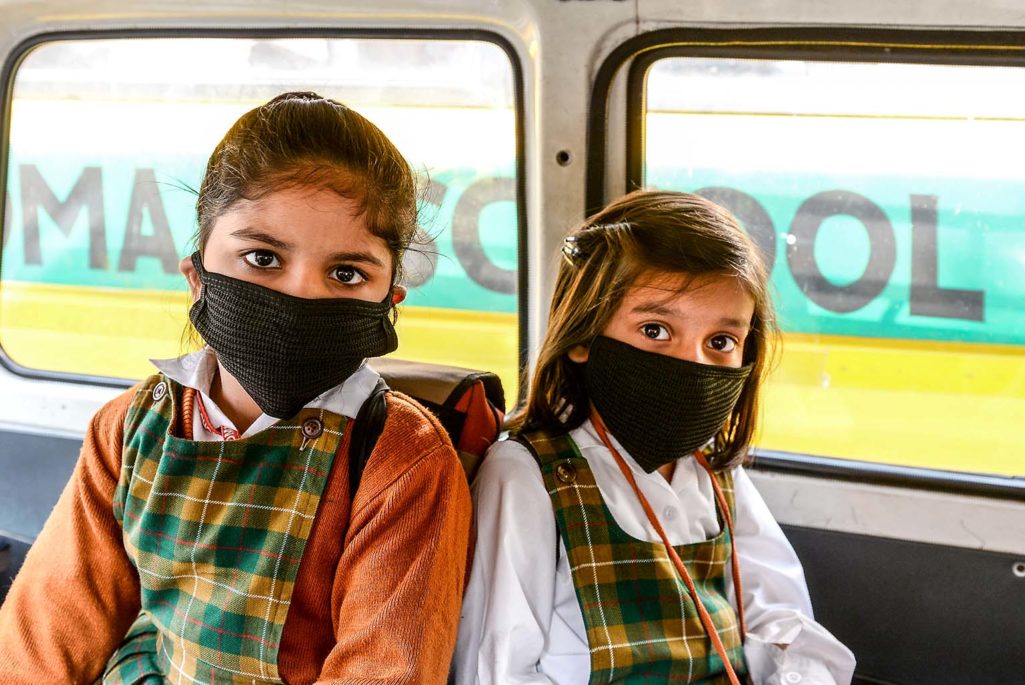 Indian school children wear masks as they sit inside a school cab as schools re-open after three days of closure due to smog, in New Delhi on November 10, 2016.

The most common causes of child deaths in low- and middle-income countries used to be diarrhea, pneumonia, and malaria. But these health hazards are being quickly replaced by a far worse, less manageable threat—air pollution.

Today, up to 300 million children live in areas—mostly urban centers—with extremely toxic levels of air pollution, and approximately 2 billion children reside in areas where pollution levels exceed the minimum air quality standards set by the World Health Organization, stated in UNICEF’s latest report on the issue. These are global figures, but it’s reasonable to assume that two-thirds of the children exposed to bad air quality live in Asia, where the world’s most polluted mega cities are located.

It is wrong to assume, however, that air pollution causes only respiratory diseases in children, and that children are safe as long as they don’t develop these illnesses. Pollution is a silent killer that can lead to cancer, many other chronic diseases, and even impact infant brain development.

PM 2.5, the most dangerous particle in air pollution, can cross the lung-blood and blood-brain barrier and damage children’s cells. Harm starts even before birth, since PM 2.5 particles can penetrate the placental barrier and target the growing fetus when the mother is exposed to toxic air.

When I see the long queues of people waiting for transport along Manila’s roads in the morning, including many pregnant women, I worry about their unborn babies’ health, especially in a country where health care facilities for pre-term born babies are completely insufficient.

Unfortunately, it seems that the situation needs to reach alarming levels before decision-makers initiate policies to address the problem. Right now, some Asian cities already experience the worst kind of air pollution. In the last few weeks, the population of Delhi had to breathe air so bad that schools closed, and doctors advised parents to leave the city with their children. More residents than usual decided to wear face masks to deal with the smog, formed as a result of crop-burning smoke, the Diwali festival fireworks, dust and vehicle emissions, and insufficient action from the city authorities.

Does air pollution have to reach alarming levels before decision-makers initiate policies to address the problem?

Given these facts, the urgency of the problem of air pollution, its long-term impact on our children’s health and their development potential, which will ultimately impact the economy, what can Asian governments do to tackle the issue?

Increase investments in evidence generation. We must generate better data on air quality and on populations’ health status in cities. Both need to be correlated in urban data dashboards, presented to decision makers and shared with civil society. This would also require developing and building consensus on children’s environmental health indicators, with a focus on urban environmental health. Data would also need to be improved from the health service side, including low-cost tools for disease diagnostics (pollution-related respiratory diseases, and for brain development issues), and for real-time data sharing of diseases. Based on this improved data availability, local governments should actively disseminate health warnings so that people can better protect themselves, and their children, from air pollution.

Introduce policies on clean air that require cities to comply with national air quality standards, with tough sanctions for urban centers that don’t comply. A good example is the U.S. Clean Air Act, which mandates national ambient air quality standards and regulates toxic emissions, with stiff penalties for violators. Likewise, governments should allocate financing for healthy urban planning, demanding that cities invest in mass transport systems, green public spaces and industrial zoning. Singapore is of course the best case study, but Jakarta has started to invest in urban greening and in mass public transportation to reduce pollution from car emissions.

Awareness raising programs to inform the population about the harmful effects of pollution. By educating the public, these programs strengthen the popular demand for positive change. Cheap, portable CO2 measuring devices linked to smartphones share real-time pollution data through social media. This can leverage new forms of information sharing to increase awareness.

It’s also time for Asian governments to do much more to improve overall urban health. Many children don’t have access to good health services in cities, and are thus more vulnerable to pollution-linked diseases. Primary health centers need to be able to offer treatment for chronic respiratory diseases, which include providing oxygen treatment and recognizing that certain diseases are clearly associated with pollution. Infant health, growth, and development depend on both controlling the root environmental causes of poor health and clinical responses.

Finally, start with yourself—be conscious about your own air pollution footprint.