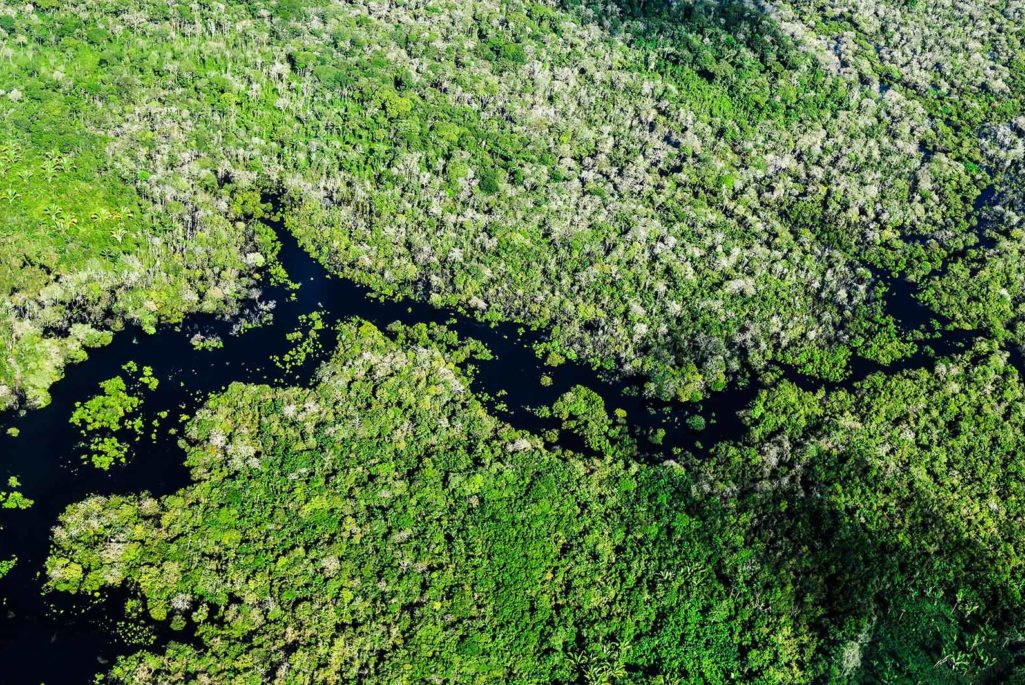 Aerial view of the Amazon Rainforest, near Manaus, the capital of the Brazilian state of Amazonas.

Andrew Steer, President and CEO of the World Resources Institute, says better data can change the world by helping companies, countries and individuals to be more accountable for the impact they have on the environment. In this video for the World Economic Forum, Steer says big data from remote sensors and satellites now gives us the right indicators to be able to measure things like deforestation, water risks and greenhouse gases, and will lead to better decision making.

On data and decision making: “The World Resources Institute seeks to intermediate between this amazing data and the decision maker. In the old days, people had a hard time knowing what was going on. You could get data on deforestation, but it was mainly four years out of date and came in a big fat book. As a result of that, every single minute of every single day, we’ve been losing 50 soccer fields. We’ve lost an area that is three times the size of Germany, and that’s in large part because we didn’t know. And so recently, we’ve put together a partnership with 60 institutions led by the World Resources Institute, but drawing on private sector expertise from all around the world.”

“We use advances in satellite technology, incredible advances in cloud computing and amazing advances in digitization and communication, so that everyone on the planet can now know what is happening down to the 100—200 meter level. It’s not only satellites that give us data, it’s citizens around the world where anybody with a GPS linked smartphone could take a picture, write a story and it gets uploaded. So it’s a top down, bottom up, transformative database.”

On tracking deforestation: “Consider for example palm oil. It’s by far the biggest cause of deforestation in Southeast Asia. Now we can narrow down, and can actually see that deforestation is happening outside where it’s allowed, in illegal areas. And then we can look in great detail at this areas, and we have the data about which companies have which concessions.”

“So what do you do with that information? Well what Unilever is doing, is saying we’re committed to deforestation free purchasing of palm oil, so any company that’s misbehaving is built into the software that we use to purchase oil palm. We live in a transformative time. The good news is it’s not only deforestation that we can measure. We’re starting to get the ability to measure reforestation.”

“Measuring reforestation is harder to do, but we can now ask: why do we allow two billion hectares of the world which we’ve mapped—twice the size of China—why do we allow that wonderful natural capital to go to waste? Wouldn’t it be smart to invest in that, restore it to good agriculture, restore it to forests? So we’ve had this wonderful commitment, made at the UN’s Secretary-General’s Summit in September 2014, for 350 million hectares of forest be restored by 2030. Countries and private investors are coming forward and saying ‘Now we get it!'”

On water shortages: “We use modeling techniques and remote sensing to show where the risk is greatest. We have 12 different indicators, both quantity and quality of water. It’s called Aqueduct, and because private companies now recognize that water is a very big commercial risk, as shown by the risk assessment that the Forum does every year.”

“A couple of months ago, the Bloomberg Terminal said we’re getting such a lot of interest from our clients on water risk, we want to actually put this data on the terminals. It’s not because we’re environmentalists, it’s about good business decisions. So all of a sudden 300,000 investors are getting access to water risk data. This data helps countries and companies think through irrigation strategy, food and energy security to empower decisions and create a better future.”

Margaret Kuhlow Finance Practice Lead at World Wildlife Fund
URL: https://www.brinknews.com/how-can-big-data-help-make-better-decisions/
Get ahead in a rapidly changing world. Sign up for our daily newsletter. Subscribe
​​