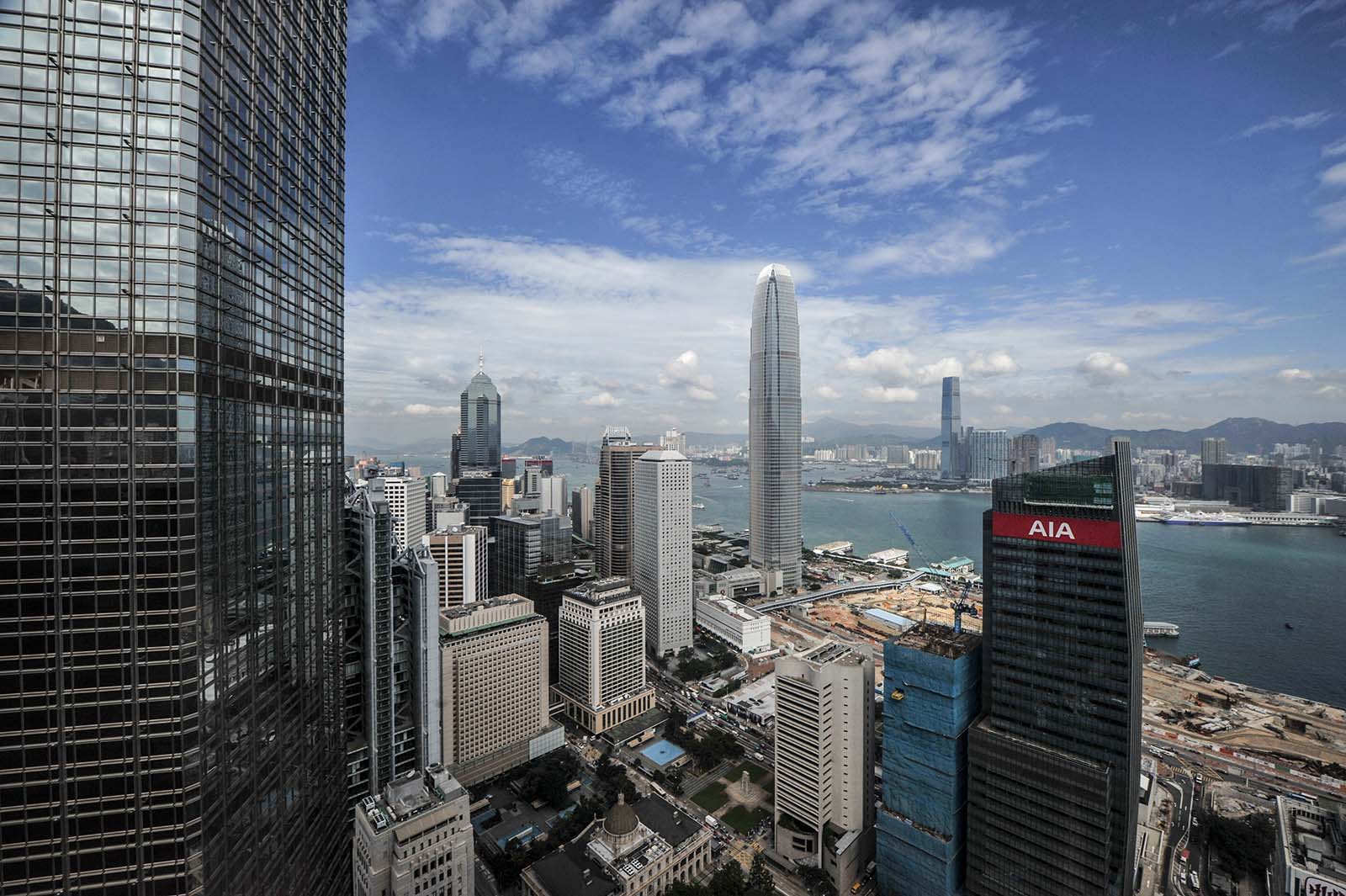 Office blocks including the International Finance Center (C) are seen in Hong Kong. The private equity industry in Asia has seen huge expansion in recent years.

The private equity industry in Asia has seen huge expansion in recent years—assets under management in the region grew more than sixfold between 2006 and 2016, increasing from $70 billion to $484 billion. This has resulted in increased interest from investors and fund managers around the world, increasing competition for capital and deals in Asia.

Preqin interviewed 34 Asia-based private equity investors and 28 Asia-based fund managers in June 2017, gauging how they are adapting to the rising prominence of the region. The results show that both groups are facing fierce competition in the year ahead: Fund managers have more competitors than ever when vying for investor capital, and institutions such as pension funds and insurance companies are finding it more challenging to effectively fulfill their private equity allocations.

Seventy-three percent of private equity fund managers believed there was more competition in June 2017 compared to 12 months ago, while just 4 percent reported that competition had decreased. There are two potential factors to this: First, the number of funds seeking capital from investors has grown to a record 451 vehicles targeting $307 billion in October. This has put pressure on fund managers to differentiate themselves and made it harder for firms without long track records to attract interest.

Second, fund managers are competing to make deals not just with the growing number of other fund managers, but also with strategic and corporate investors. Increasingly, corporations such as SoftBank, Tencent or Alibaba are acquiring companies directly and are frequently targeting the same deal opportunities as private equity funds, driving asset valuations upward.

In the same way, 40 percent of institutional investors reported that they are finding it harder to discover attractive opportunities, while none thought it was easier. With so many funds now vying for investors’ attention, it is becoming more challenging for them to find vehicles that suit their needs. This is not confined to Asia alone. This was true on a global basis as well, where 57 percent of private equity managers had difficulty finding attractive investments. However, Asia’s recent rapid expansion means that a greater proportion of funds coming to market is being raised by fund managers with a limited track record and less brand recognition. As such, evaluating fund opportunities is even more daunting.

Most noticeably, the unspent capital available to fund managers in the region is climbing rapidly, even as annual fundraising has decreased. The capital raised by private equity funds in Asia peaked at $89 billion in 2014. Since then, it has declined to $66 billion in 2016 and just $39 billion in the first eight months of 2017. So-called dry powder waiting to be deployed, though, has risen from $110 billion in December 2014 to $176 billion in March 2017. As competition in the deal-making market has pushed up pricing and made it harder to find attractive opportunities, fund managers have found it more difficult to deploy capital, and more money is going unspent for longer periods of time.

This may have an effect on performance and returns in the region. 2016 marked the first year in which Asia-focused private equity funds returned more capital to investors than they called up: Called-up capital reached $44 billion, while distributions totaled $66 billion. However, as more capital goes unused for longer, and deal pricing rises higher, the margin for fund managers to make profitable exits from companies becomes slimmer. This may impact the net flow of capital to investors, as well as overall returns.

Furthermore, while fund managers seek to provide value to their investors within a fixed horizon of around 10 years, many of the strategic investors they are competing with may have multi-decade horizons. If they seek to build ecosystems of complimentary add-on companies, they may be prepared to pay more for the same assets.

This pressure is felt differently by fund managers and investors, and that may explain why the two groups’ concerns and intentions for the next 12 months diverge. Fund managers are most concerned with asset pricing; 68 percent cited it as a key issue facing the industry over the next 12 months. Among investors, however, that rate was just 31 percent. In the same way, while 40 percent of fund managers see deal flow as a key concern, just 23 percent of investors feel the same way, suggesting that they do not share fund managers’ sentiment about the deals market. By contrast, the most cited concern among investors was the exit environment, with 46 percent mentioning it as a key issue. This compared to 36 percent of fund managers who said the same, making it the third-most-cited factor for fund managers.

Recent exit activity in Asia has not kept pace with the booming rate of deal making, leading to concerns over how fund managers will exit the assets they have acquired. However, given the high levels of capital distributed by private equity in Asia in 2016, the industry does appear to be successfully making exits and returning capital to investors. This may mean that because of impending factors, both groups are “keeping their powder dry,” rather than reacting to a sense that exit activity is already falling below expectations.

Plans for the Future

Sixty-five percent of fund managers expect to spend more capital in the coming year than they had in the previous 12 months. This is not surprising, given rises in asset pricing and increases in dry powder.

Investors, however, are looking to back away from private equity in the next year, with 57 percent saying they will look to commit less than in the past 12 months and only 29 percent saying they will increase their commitments. This runs at odds with other regions: Although investors in North America and Europe have similar concerns to those in Asia, they are more likely to be maintaining or increasing their allocations. Globally, just 19 percent of investors will look to reduce their commitments in the next 12 months, while 35 percent are planning to increase them. This suggests that the drawback from private equity is primarily seen among Asia-based investors. This may be another effect of competition concerns and possibly investors’ desire to wait until the market cools before committing more capital.

This could have long-reaching effects on the industry—if investors retreat from the asset class, managers will find it increasingly difficult to raise money. Institutions from other regions are unlikely to make up any shortfall fully, given that enthusiasm for Asia is not particularly high among North America- or Europe-based investors at present. If they cannot secure funding, many first-time managers will struggle to reach a final close, and ultimately Asia-based firms may see their vehicles surpassed by multi-national firms raising specialist funds in the region—a trend that is already becoming more prevalent.