How Is Canada’s Cannabis Market Faring? We Asked a Cannabis Product Executive. 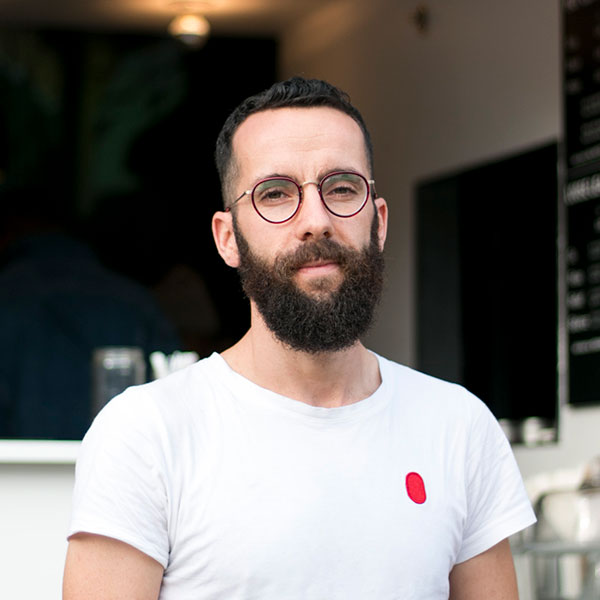 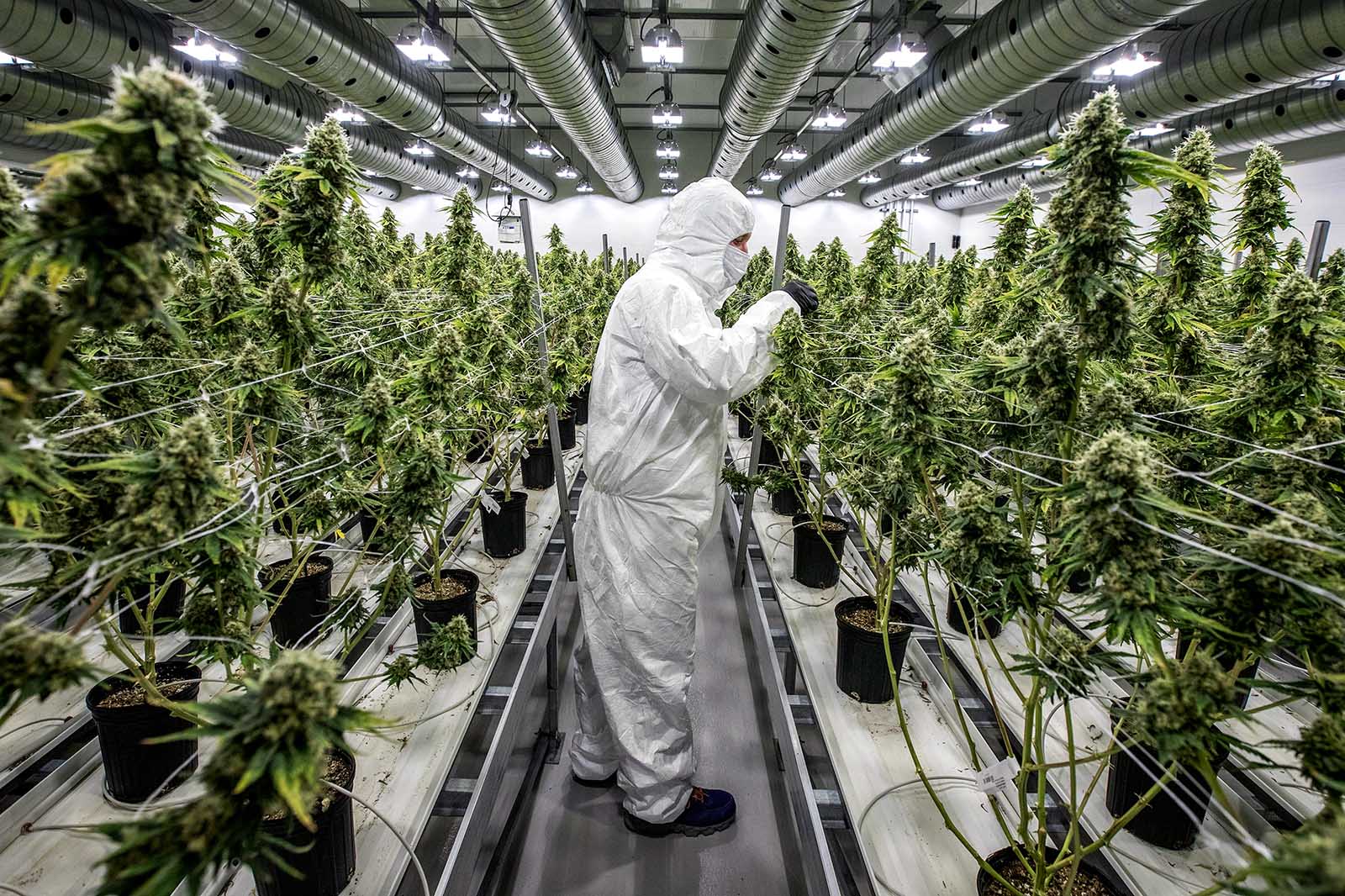 A worker standing among marijuana plants in a flowering room in Smith Falls, Ontario.

In October, Canada became only the second country in the world—and the first in the developed world—to allow a nationwide market in recreational cannabis. BRINK News spoke to Alan Gertner, the CEO of Hiku, one of Canada’s largest cannabis products companies, based in Toronto, and asked him about the state of the market and the regulatory roadblocks cannabis companies face.

BRINK News: What changes have you seen since the legislation legalizing recreational cannabis came into effect?

Alan Gertner: I’m not sure a lot has changed overnight, to be honest. We’re still in the first inning, really, of global legalization. I think maybe you can think about the question the other way, which is what hasn’t changed. And what hasn’t happened is that hell has not frozen over, and our country continues to operate fine every single day. I think that’s an important milestone in and of itself.

Cannabis has an incredible amount of stigma around the world, and for one of the most developed countries in the world to legalize cannabis and have it start off on a good foot, I think, is a good indication for what we’ll see all around the world.

BRINK News: From your point of view as an entrepreneur in this space, which do you think, in the long term, is the bigger cannabis market: recreational or medical? Or neither, or both, or something else?

Mr. Gertner: I tend to think a lot about the recreational market. You know, a stat I often like to reflect on is: In Canada, about 20 percent of people consume cannabis on a semiregular basis, effectively, once a year, whereas, about 85 to 90 percent of Canadians consume alcohol on a regular basis. Or think about coffee: 85 percent consume coffee. So, we have 85 to 90 percent of Canadians who are high all day every day—they get up in the morning and they drink a psychoactive, and at the end of the day, they drink a psychoactive.

There’s an incredibly large market of people who are willing to consume psychoactives to improve their lives, to help their lives. Help them feel better, to be better, or whatever reason they choose, whatever intentional reason they choose. I see the potential for cannabis to be part of the lives of all Canadians, all Canadians who choose to use it. I think the market is just tremendous on the recreational side.

BRINK News: Can you give a sense of some of these other potential uses? What kinds of products will we see coming on to the market over the coming years?

Mr. Gertner: Think about alcohol again for a moment, and someone who drinks a glass of wine at night. Maybe they drink that glass of wine because they think it helps them sleep, although alcohol is not very good at helping you sleep, actually. Not only that, if you drink a beer, it’s high in calories. There are cannabis drinks that provide a similar sensation experience to alcohol, but have no calories and no hangover. So you start to see the potential of cannabis to disrupt the alcohol market.

Think about all the other ways that cannabis can be used and the power of CBD [Cannabidiol], which is an anti-inflammatory product, a natural health product, and not technically a medical product. If you start to think about the power of different cannabinoids to offer different experiences, I mean, the market is endless.

Things take time. The same is true with cannabis legalization. I think we’re seeing the value in legalization, and it’ll continue to demonstrate itself over time.

BRINK News: Recreational marijuana is currently legal in 10 states in the U.S., but still banned at the federal level. Do you think that we’ll see a national cannabis market in the U.S. anytime soon?

Mr. Gertner: I think it’s just a matter of when, not if. I don’t know about anytime soon, but I believe it will happen. Right now it’s federally illegal, as you say. So that limits your ability to cross states or even cross international borders, and it really restricts the scale of the industry. I think federal legalization will allow the U.S. to become a major player in the space.

BRINK News: Some Canadian cannabis companies, as I understand it, are already able to enter the U.S. market, and some are prohibited. Is that correct?

BRINK News: So it depends on where you’re listed.

Mr. Gertner: Ostensibly, yes. But it also depends on your perspective on breaking federal law.

BRINK News: Now, what about the regulatory framework in Canada? Are there still regulatory roadblocks that need to be overcome for the market to realize its full potential?

Mr. Gertner: Definitely. Imagine you send your kid to school for the first time ever, right? Kid goes to grade one. If you pick your kid up at school, and you’re disappointed that your kid doesn’t know trigonometry, that’s probably a bit of a false expectation.

Things take time. And the same is true with cannabis legalization. It’s going to take us a while to figure this out perfectly. So there’s lots of work to be done, for sure. But I think we’re already seeing the value in legalization, and it’ll continue to demonstrate itself over time.

BRINK News: Is there anything in particular that you would like to see changed in the regulatory framework in Canada?

I think part of what’s holding some Canadians back, or some people around the world back, from trying cannabis is the lack of a desire to engage in an activity that involves combustion. You know, combustion, smoking, is bad for you. That includes cannabis. So the ability to have a cannabis drink, or to have an alternative if you just don’t want to smoke, is important. Canada’s already said that it’s coming, but we currently today don’t have legal secondary products.

BRINK News: If you’re looking five years out, where do you think the next big growth is going to come?

Mr. Gertner: That’s a good question. I think the U.S., obviously, is a big deal. But there are incredible things happening in many countries. Take Mexico, which recently made material progress toward legalization. A number of countries in Europe have medical programs that could see adult-use legalization. Australia, I think, could really take off. The emergence of a new legal, global economy, that’s very, very rare. It’s amazing to be part of it and watch it happen.

Alan Gertner is the co-founder and CEO of Hiku Brands, a Canadian recreational and medical cannabis company.

Kate Higham Coordinator for the Climate Change Laws of the World Project at The London School of Economics
URL: https://www.brinknews.com/how-is-canadas-cannabis-market-faring-we-asked-a-cannabis-product-executive/
Get ahead in a rapidly changing world. Sign up for our daily newsletter. Subscribe
​​