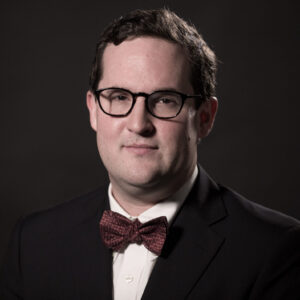 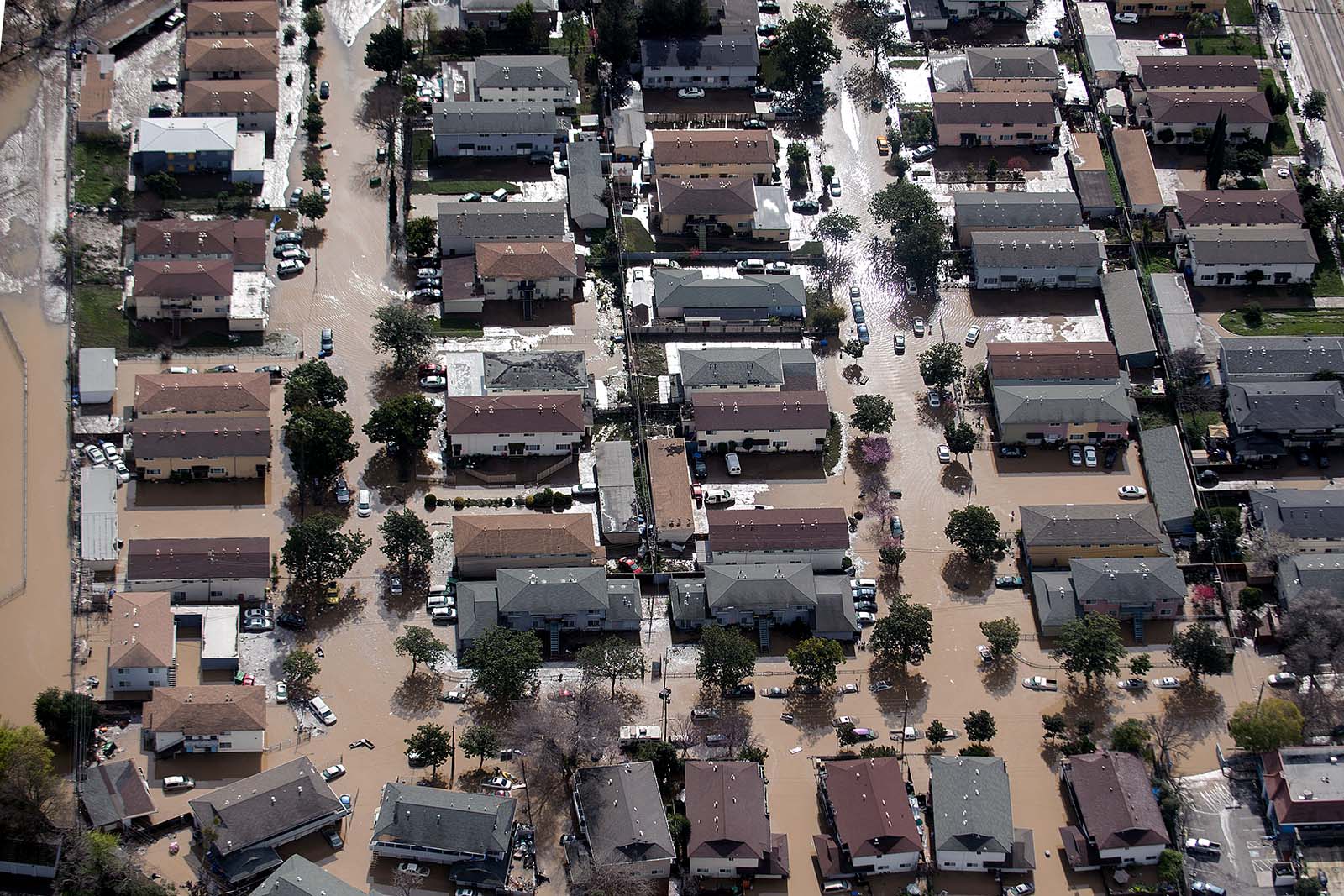 Floodwaters surround homes and cars on February 22, 2017, in San Jose, California. Five years from now, assuming a relatively constant rate of climate change, we will continue to see greater assignment of risk premiums.

A major report recently released by United States federal regulators is warning that climate change is starting to have a disruptive effect on U.S. financial markets, as the costs of wildfires, floods and droughts penetrate insurance and mortgage markets.

The report by the bipartisan Commodity Future Trading Commission (CFTC) lays out how escalating risks for insurance, mortgage and bond markets could lead to market turbulence for real estate and housing markets. In the second of two pieces about the CFTC report, Professor Jesse M. Keenan, an expert in climate adaptation and the built environment at Tulane University and a co-editor of the report, spoke to BRINK about the way in which climate change is starting to impact the U.S. housing markets. (Find the first piece in the series here.)

KEENAN: Most of the evidence so far is centered in two areas: geographies and markets exposed to coastal flooding and wildfires. We are seeing discounting behavior associated with the capitalization of environmental risks, including those attributed to climate change. This means that buyers and sellers are discounting high-risk properties.

There’s two reasons for this. One, people are being directly impacted in terms of increased insurance costs, increased borrowing costs, increased uninsured losses, productivity losses, and the like — the “hassle” of living in a high-risk zone, which now impacts the bottom line.

The other part of it, and the more interesting part in my mind, is the extent to which people are internalizing information about risks, such as sea level rise zones, and factoring it into forward-looking assessments of the value of an asset, such as a house. People are really questioning whether this property will even be here in 20 or 30 years.

Forest fires are a little bit more difficult, because we don’t have the clear adjudication of zones of risk like we do with flooding, and so the forward-looking behavior is not as robust. But, nonetheless, as people experience more forest fires and there are more formal risk zones, we anticipate more forward-looking discounting. We are already seeing emerging evidence of this in California.

The Risk of Stranded Assets

BRINK: Assuming that climate change continues on its current path, do you foresee a wave of defaults within the mortgage market happening, comparable to 2008?

KEENAN: I think what we are setting ourselves up for, particularly in a coastal context, are areas that will essentially be adjudicated by banks and investors to be either too risky or reflect some type of risk premium that is going to manifest in an overall flight of capital. When that happens, it may lead to an accelerated devaluation that leaves us with a whole new class of residential stranded assets, where proximity to devaluation among your neighbors within a block or a neighborhood affects properties that may not even have the same level of risk classification.

We have an extraordinarily large housing market in the United States, and environmental and climatic risks may diffuse in a variety of different contexts.

Greater Specificity in Assignment of Risk

KEENAN: One of the challenges that we have at the moment is that there’s a great deal of coarseness in how we measure and communicate this risk, and these things will take time to balance out. But, in the interim, we run the risk of rapid devaluations that wipe out home ownership equity in some of the most high-risk areas in this country, and because of the coarseness of this data, some properties may be devalued, even though they may represent relatively low risks.

BRINK: If you were to look out five years, do you have any sense of how the U.S. real estate market might look?

KEENAN: I think five years from now, assuming a relatively constant rate of climate change, we will see greater and greater assignment of risk premiums. There will be momentum to have greater consumer disclosure, as we saw for instance in Texas after Hurricane Harvey. We are going to have more explicit cost burdens associated with a variety of mortgage and insurance products, which will either lead to contracting market share or innovation in any given market.

We’ve already seen re-insurance repricing in California that impacts primary markets as far away as Florida. In fact, Florida is a test case for how far you can push a public backstop for accessing insurance. It’s a complex world of interaction, but nonetheless, we are getting greater specificity in the assignment of risk and that is going to accelerate repricing and capital availability.

This Is a Systemic Risk

BRINK: What you seem to be suggesting is a general deadening effect on the housing market and therefore on economic activity at large?

KEENAN: Well, we have an extraordinarily large housing market in the United States, and environmental and climatic risks may diffuse in a variety of different contexts. It is worth recognizing that there are parts of this country that will benefit from climate change to the extent that markets will see an influx of climate migrants. But, certainly, there will be localized markets that could see quite devastating effects in terms of devaluation with capital outflows in insurance, mortgage and public finance markets.

BRINK: Do you think that’s going to remain a localized phenomenon, or become a systemic risk?

KEENAN: Let me be explicit about this: This is already a systemic risk. For instance, lenders with concentrated lending portfolios in high-risk regions represent a systematic risk. Mortgage lenders are transferring physical risk to the capital markets in greater and greater numbers. There are also plenty that are also keeping some measure of risk on their books that may be beyond their capacity to account for and manage.

But also, think about the implication of having to have greater and greater capital reserves to account for this risk, which regulators will eventually demand. That’s going to have some impact on commercial lending for small businesses and other economic activity. So, these concentrations of risk — even though they may be regional — certainly have systemic effects and potential collateral consequences for economic activity. 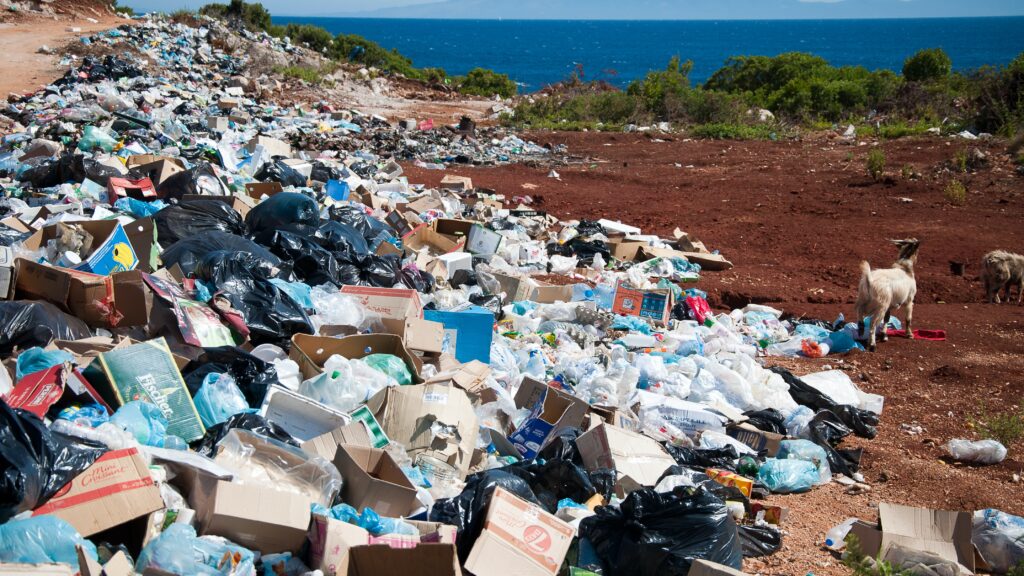 Erin Sikorsky Director of The Center for Climate and Security and the International Military Council on Climate and Security
URL: https://www.brinknews.com/how-is-climate-change-impacting-house-prices/
Get ahead in a rapidly changing world. Sign up for our daily newsletter. Subscribe
​​