How to Feed 9 Billion People? Just Do It 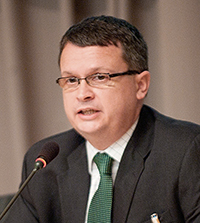 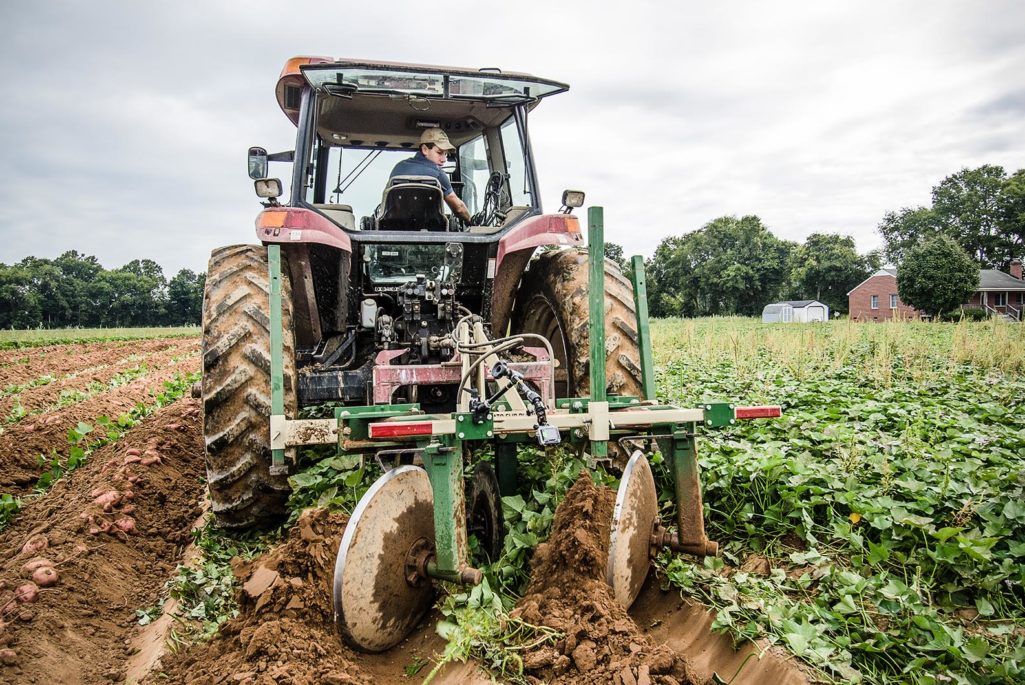 Kevin Kirby uses a tractor to begin the sweet potato harvest process by plowing them up from the field on Kirby Farms in Mechanicsville, VA. Kirby Farms is a third-generation family farm that covers 500 acres, and generates produce and grains on a year-around operation.

A new word has entered the running for buzzword of the moment: “Resilience” seems to appear on every other page and is lauded at events as the focus for all. Indeed, academics, institutions, and organizations seem to be racing to define the term, which will most likely end in confusion and competing definitions.

However, the reality of the concept is extremely straightforward. Resilience equals the ability of people, communities, governments, and systems to withstand the impacts of negative events and to continue to grow despite them. Or maybe that is simply the definition I use.

Whatever the definition, what we can agree on is the need for action. It has always been challenging to convince people to invest in things that are preventative—quite simply, demonstrating impact requires proving a negative most of the time. However, with the apparent increase in frequency and severity of negative events, political and commercial willingness to take prevention, avoidance and risk management seriously is increasing.

This isn’t just about managing climate change; it’s also about managing our increasing vulnerability due to our use of resources in areas where risks are higher and returns lower. To manage urban sprawl we’ve expanded into areas not previously used for housing. To keep pace with the demand for food, we’ve expanded crop production into areas that are more risky and/or less productive. This isn’t just a developing country phenomenon. The growth in corn production in the U.S. has come from the reintroduction of arable land that was previously considered too low in productivity.

Why is building resilience in agriculture so critical for farmers, processors, retailers, and governments? It isn’t just because all of us in the agriculture sector are the most vulnerable to climate change or because we provide the calories that feed the world. It’s also because we are so “close to the edge:” The plants and animals that populate our planet have little or no resistance to even minor changes in growing conditions.

For example, the corn crop failure in the U.S in 2012, which resulted in dramatic increases in the price of corn, wheat, and soybeans, was not caused by the drought that occurred that year. The crop’s yield had already been decimated earlier in the season when, during the pollination period of the plants (“silking”), overnight temperatures failed to drop and so the plants did not produce ears of corn. In Central America in 2013, 30 percent of the coffee trees were killed by the outbreak of a fungus called La Roya. There was no extreme event—it was simply slightly warmer and damper for an extended period. However, there was an extreme impact—thousands of households were driven below the poverty line.

Agriculture resilience is about acting before there is a problem. It’s always cheaper to prevent than to cope.

So what will it take to build the resilience of agriculture systems and the people and companies that work in them? First, it’s about acting before there is a problem. It’s always cheaper to prevent than to cope. Second, it’s about commitment to act—either politically or commercially—which is more sustainable when the actions are based on sound diagnostics and cost-benefit analysis. Third, we need to show farmers how managing risks are good for them and enable them to “make money, save money, or save time.” Fourth, we must mainstream practices and tools to enable operations to deliver action on the ground and stop being fatalistic about events that can be predicted and managed.

The good news is that real progress has been made.

Using a methodology created and tested in the World Bank and financed by the G8 and Swiss and Dutch governments, risk frameworks are being designed in more than ten countries and already being implemented in two: Niger and Honduras. These frameworks identify what critical investments and actions are needed on an ex-ante basis to reduce or minimize the impact of risk—for example irrigation, veterinary services, farmer training or “extension” tools. They also layout the role of different actors (farmers, companies, governments) in managing risk and move action more toward prevention than post-event recovery.

The framework also enables governments to organize the roles of their individual ministries and enables donors to align around an integrated approach to country support. An active community of specialists and stakeholders has been coming together for years (most recently in Johannesburg) to identify synergies and areas for action. Across sectors, integrated approaches to vulnerability are being developed that enable risk to be managed in the short term and resilience to be built in the medium term.

So, definition or no, real work is happening on the ground to help farmers, companies, and countries to manage risk, get ahead of the curve, and break the cycle of “shock-recovery-shock.”

When it comes to feeding nine billion people in 2050 in the face of climate change, there is only one imperative: Action on the ground to deliver results.

This article first appeared in The World Bank’s Voices Perspective on Development Blog.

Marc Sadler is adviser on Risk and Markets of the World Bank’s Agriculture Global Practice. He is an expert on commodity markets, finance, logistics, trading and risk management, and regularly advises governments and supply chain stakeholders on these and related issues.

Mark Campanale Founder and Executive Chair of The Carbon Tracker Initiative
URL: https://www.brinknews.com/how-to-feed-9-billion-people-just-do-it/
Get ahead in a rapidly changing world. Sign up for our daily newsletter. Subscribe
​​