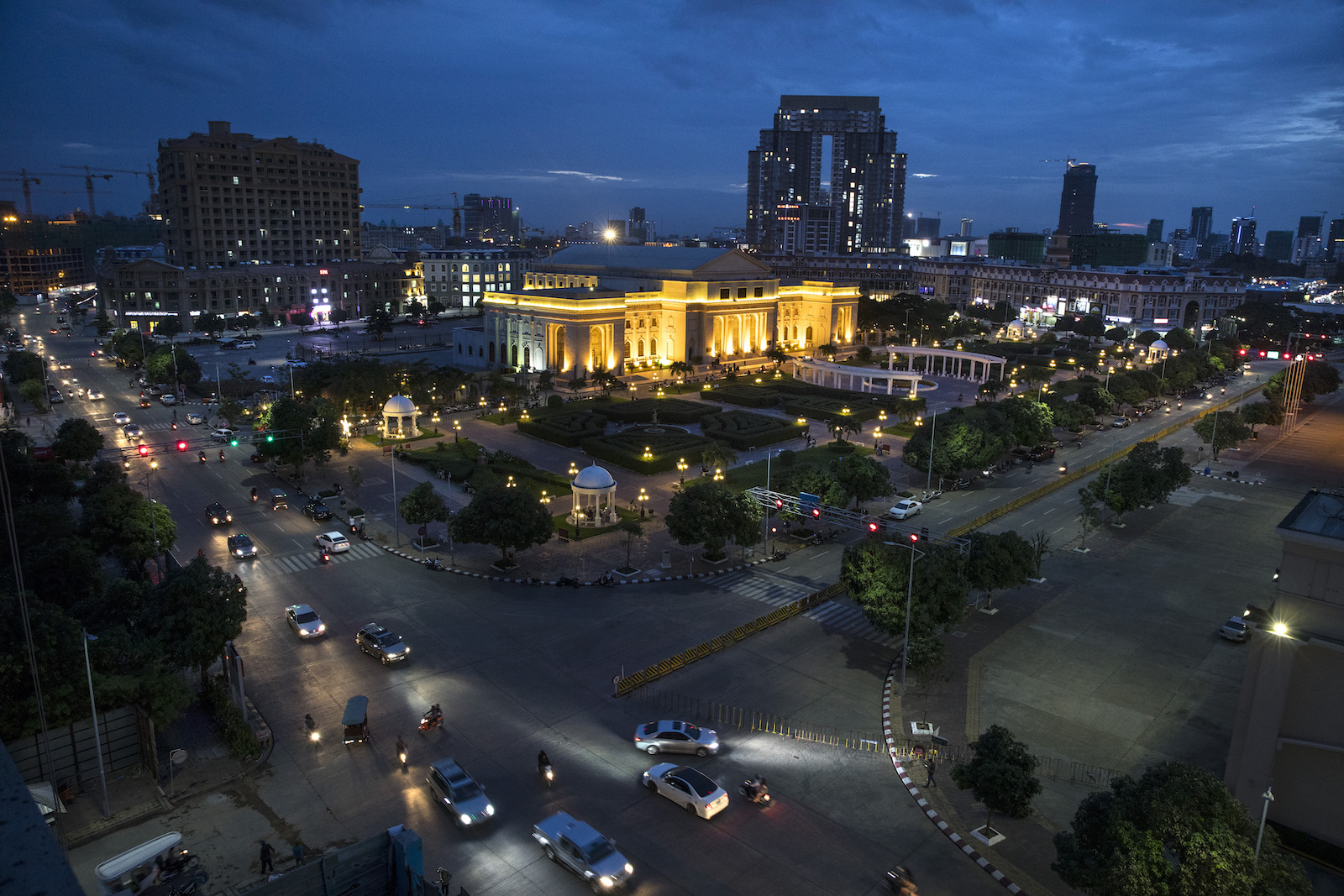 The view of Diamond Island in Phnom Penh, Cambodia, on August 4, 2018. An estimated 45 percent of all private impact investment in the region between 2007 and 2017 was deployed in Cambodia.

Impact investing is an emerging global trend. The Global Impact Investing Network (GIIN) and Intellecap define it as “a growing practice defined by its intent to generate positive social and environmental impact alongside a financial return.” Although such investments are made worldwide, in developing economies, particularly in Southeast Asia, they help enable market-based solutions and investment capital to counter the effects of social and environmental challenges.

“The Asia-Pacific region has been the fastest growing impact investing market worldwide over the past five years. … The countries across the region offer dynamic business environments with increasing entrepreneurial and investment activity focused on ensuring inclusive and sustainable economic development,” according to Abhilash Mudaliar, director of research at the GIIN.

Over the last decade, Southeast Asia’s impact investing ecosystem has evolved tremendously. In fact, since 2007, around $904 million has been invested by PIIs through 225 direct deals. During the same time frame, DFIs have invested around $11.3 billion through 289 direct deals. However, the amount of impact capital invested in each country varies significantly.

Southeast Asia’s economic growth notwithstanding, the regional impact investing market is still largely fragmented. The region’s economies are at varying levels of economic development, and each country’s entrepreneurial ecosystem is unique, posing context-specific challenges for investors. In addition, the political climate differs widely across the region, and therefore, it is important investors plan country-specific strategies when they look to invest in the region.

Cambodia’s economy is relatively open, and the U.S. dollar is widely used for everyday transactions. PIIs have capitalized on this aspect to boost the country’s microfinance sector. An estimated 45 percent of all PII capital between 2007 and 2017 was deployed in Cambodia, with the bulk of it directed toward its microfinance sector. Owing to this, the country has emerged as a recipient of comparable levels of PII capital as Indonesia, the Philippines and Vietnam combined. Indonesia and the Philippines’ share accounted for 30 percent of total PII capital. In comparison, Laos, Myanmar, Thailand and Malaysia have witnessed lower levels of PII activity. Unsurprisingly, the high-income economies of Singapore and Brunei have registered minimal PII activity so far. However, Singapore is the country of choice for establishing headquarters for many regional organizations that have received impact investments.

According to The Landscape for Impact Investing in Southeast Asia, the sectors receiving the most impact investment are financial services, clean energy and ICT. The financial services sector accounted for about 60 percent of all PII capital deployed. Of this, over 80 percent was toward microfinance institutions. The clean energy sector, meanwhile, received 18 percent of PII deployed.

Even though the emerging economies of Southeast Asia offer numerous opportunities to impact investors, several challenges remain. Most investors highlight the lack of an organized investment route, while others maintain that weak standards of corporate governance are a key hurdle in investing capital.

Generally, investors have displayed a preference for large ticket sizes—more than $1 million. This trend can be attributed to the relative costs of screening, due diligence and other pre-investment needs, which are typically very high for smaller investments. Consequently, many recipient countries are witness to significant early-stage funding gaps. In addition, only a few investors have local offices in their countries of operation, making due diligence and other pre-investment checks harder.

Other challenges include a reliance on foreign pools of capital, as impact investing has yet to gather steam among local investors, and the lack of demonstrated success, which deters new investors from taking risks and entering the nascent market.

In addition to these supply-related challenges, there are a few demand-side challenges as well. First, the reliance on grant capital in the region is extremely high, as social entrepreneurship has taken off. As a result, funding is keeping enterprises and institutions from finding ways to achieve independent financial sustainability. Second, although the impact investing industry has grown in the region, many entrepreneurs are unfamiliar with the processes involved or are unaware of impact investors. And third, many investees are at the early stage and are unable to pay for support services such as for incubators or accelerators, which hinders their chances of scaling.

Indonesia boasts the region’s only impact-focused angel network, which has helped in filling the early-stage funding gap in the country. In addition, high-net-worth individuals in Indonesia, the Philippines and Thailand are increasingly in favor of impact investing and want their philanthropic pursuits to be both accounted for and sustainable.

Thailand, Malaysia, Singapore, and the Philippines have all implemented regulations and policies to encourage the growth of social enterprises, including incentives and buy-back arrangements.

Developed economies such as Singapore, Brunei and Malaysia face challenges such as high greenhouse gas emissions, a high reliance on foreign workers and rapidly aging populations. Investments toward countering such challenges offer great potential to create a positive social and environmental impact while generating financial returns.

Since 2007, it is estimated that around 60 different private impact investors have invested in Southeast Asia. In the past five years, there has been a strong upward trend in investment activity with more than 75 percent of deals and 80 percent of capital allocated. This upswing has primarily been due to the economic recovery following the global financial crisis, an increasing local presence of investors in Southeast Asia, and several large investments in microfinance institutions in Cambodia.