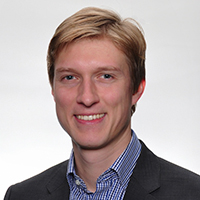 Moritz Pieper
Lecturer in International Relations at the University of Salford 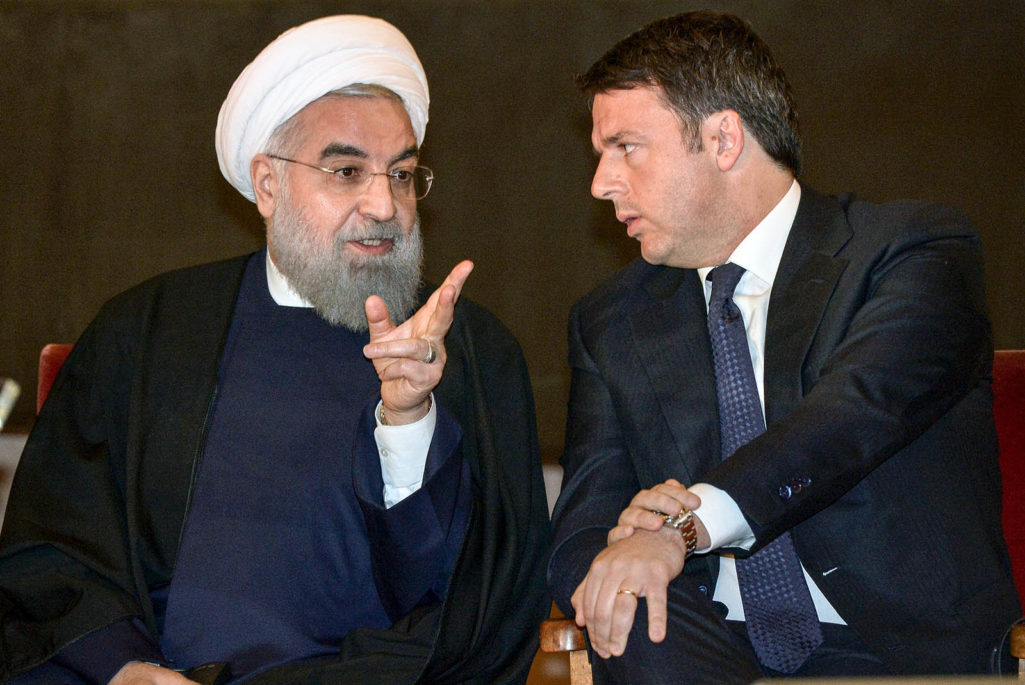 Iranian President Hassan Rouhani (L) speaks with Italian Prime Minister Matteo Renzi at the Capitol Hill in Rome on January 25, 2016. Iran's return to the international fold accelerated as Rouhani sealed multi-billion dollar deals with Italian companies seeking to capitalize on the lifting of sanctions on the Islamic Republic.

The cake is quite big, but everyone wants a slice. Italian prime minister Matteo Renzi visited Iran last month accompanied by business leaders from the energy, transportation and defense sectors. It was a return visit after the Iranian president, Hassan Rouhani, had made Italy his first destination in Europe on a trip intended to drum up European investments in Iran.

Such investments are now possible, thanks to the implementation of the JPCOA nuclear agreement, which lifts all UN-mandated nuclear sanctions as well as EU and U.S. economic, financial and banking sanctions over the Iranian nuclear program. The path is clear for Iran to pursue a new engagement with the world. European businesses are eager to jump in, but it will be no easy trick to challenge the position of Russia and China.

The enthusiasm is obvious. EU high representative Federica Mogherini traveled to Tehran last month accompanied by business representatives and seven EU commissioners—including those for transport, energy and industry—signaling the high-level interest. German industrial giant Siemens, the oil and gas company Shell and French automakers Peugeot and Renault have indicated their interest. Airbus secured a contract with Iran for the delivery of 118 aircraft just two weeks after sanctions were lifted.

Complicating matters for EU companies wanting to deal with Iran: parts of the economy still subject to sanctions.

The Iran rush is tugged back, however, by the persistence of sanctions not related to the nuclear deal, which can very easily apply to European companies. The U.S., in particular, will retain secondary sanctions that target dealings with Iranians on their Specially Designated Nationals List (SDN), a collection of individuals the U.S. deems to be a risk on grounds of terrorism, nuclear proliferation or human rights. According to White House guidance, anyone found to have had dealings with those on the SDN list would “put themselves at risk of being cut off from the U.S. financial system. This includes foreign financial institutions, who would risk losing their correspondent account with U.S. banks.”

European subsidiaries of U.S. companies can get operating licenses for businesses in Iran, but will need to “firewall” their U.S. activities from their foreign operations. This may prove to be a challenging requirement, given the intertwined nature of companies and the banking sector. It remains unclear whether even emails going through U.S. servers could be considered as using the U.S. to facilitate transactions.

Complicating matters still further for European companies is the extent to which parts of the Iranian economy will continue to be controlled by entities still subject to sanctions. For example, there are banks on the U.S.’s SDN list for carrying out terrorism-related transactions; construction, trading and transport companies tied to the Iranian Revolutionary Guards Corps or telecom companies.

Rivals Stand in the Way

These obstacles will leave European firms struggling to catch up with China, which has largely benefited from western embargoes. Russia is also well-placed in Iran’s nuclear energy market. Both China and Russia are simply less likely to be as affected by the “foreign subsidiary” regulation because Chinese or Russian subsidiaries of larger U.S. corporations are far less common.

Chinese companies had been willing to provide goods that Iran could no longer receive from the West. In 2014, the Sino-Iranian trade volume totaled $52 billion (compared to a Russian-Iranian trade volume of only $1.6 billion and $10 billion between Iran and the entire EU-28). During nuclear sanctions, China was Iran’s most significant foreign trade partner, exporting capital goods and engineering services and investing in infrastructure projects. With nuclear sanctions now lifted, China seems to be aware that, whatever the obstacles for European firms, it might face increased competition.

Losing no time Chinese president Xi Jinping paid a visit to Iran in January, signing a Sino-Iranian comprehensive strategic partnership and announcing 17 agreements in the energy, trade and industrial sectors. Iran is important for China’s One Belt, One Road initiative that would join markets from China to Central Asia and the Middle East.

Russian commercial interests in Iran concentrate on the restart of arms sales and the nuclear industry. Russia has made it clear that it was planning to capitalize on the eventual lifting of arms embargoes from Iran. While the UN weapons embargo will only be lifted in five years, states can apply for UN authorization beforehand.

The nuclear industry is more lucrative in the mid-term. Russia’s state-owned nuclear company Rosatom has held a relative monopoly position on the Iranian nuclear energy market—having built Iran’s only nuclear power reactor in Bushehr—and is currently closely involved in the implementation of the JCPOA agreement. It is unlikely Russia will face serious competition in this sector of the Iranian economy.

But it’s not a one-way street: With economic sanctions gone, the prospect of increased Iranian oil supply to Europe could signal tough competition on the European energy market. This comes after the oil price slump, which has strained the Russian state budget. It means that any hindrance to growth in Iran’s oil infrastructure, thanks to continued sanctions, might be met with a sigh of relief in Moscow. This does not mean that Russia is desperate to prevent Iran from emerging as an energy competitor. But it does buy time for Russia, and indeed Europe, to prepare for a shift in global oil supply dynamics.

It’s a tough call for European businesses. They can only challenge China’s position in Iran’s capital goods and construction market in as much as the complex sanctions architecture allows them. Russia also stands in a stronger position as far as its “traditional” sectors of interest are concerned. The truth is that banks and businesses are risk-averse, and the ambiguities in U.S. financial legislation will feed this concern. It ensures that the lifting of sanctions is no “free for all,” but a slow, tentative walk through a legal minefield.

Lecturer in International Relations at the University of Salford

Moritz Pieper is a Lecturer in International Relations at the University of Salford. He was also a visiting fellow at the China Foreign Affairs University in Beijing, at the German Institute for International and Security Affairs in Brussels and at the School of Oriental and African Studies in London.

Tom Friedman Author, Reporter and Columnist for The New York Times
URL: https://www.brinknews.com/iran-europe-eyes-a-new-silk-road/
Get ahead in a rapidly changing world. Sign up for our daily newsletter. Subscribe
​​