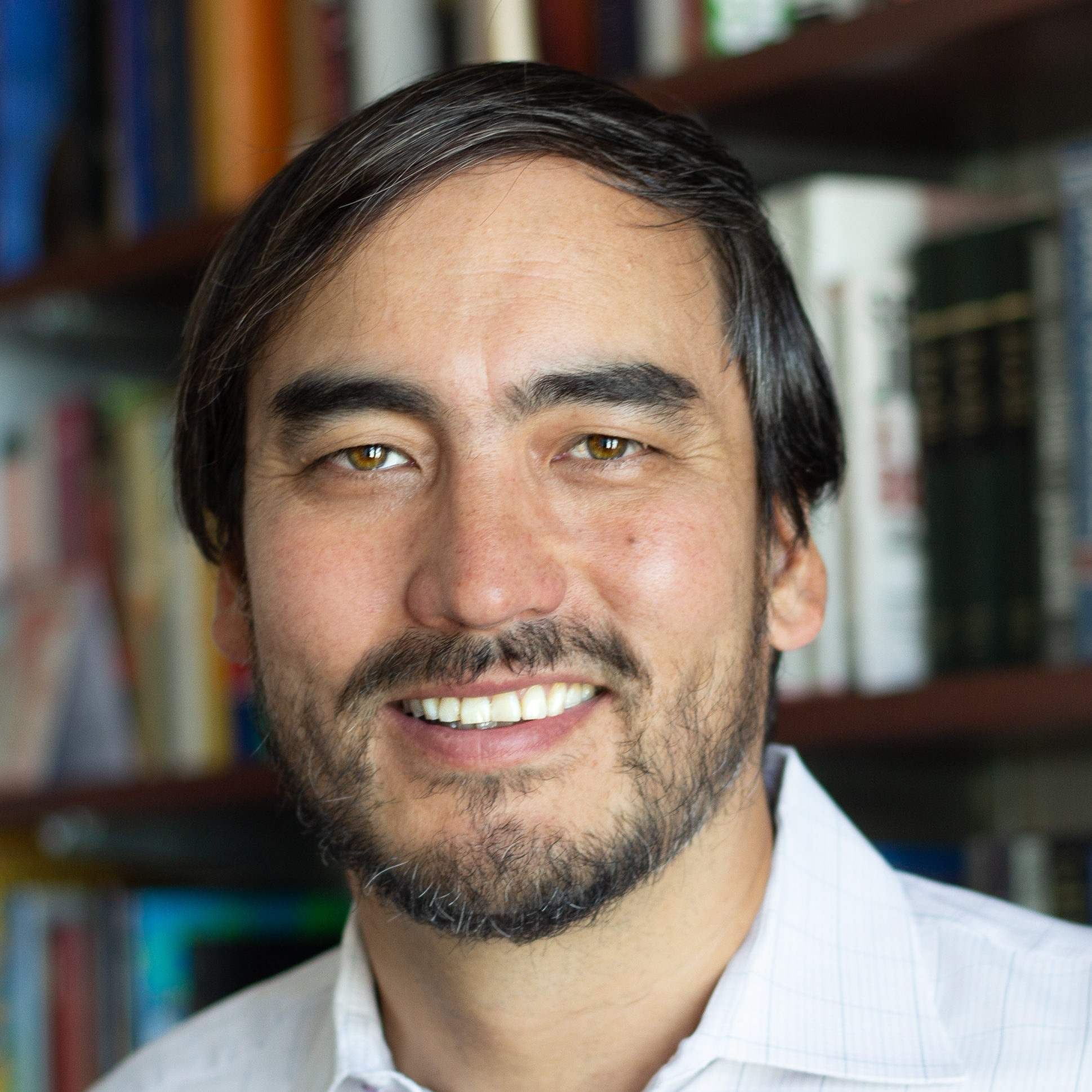 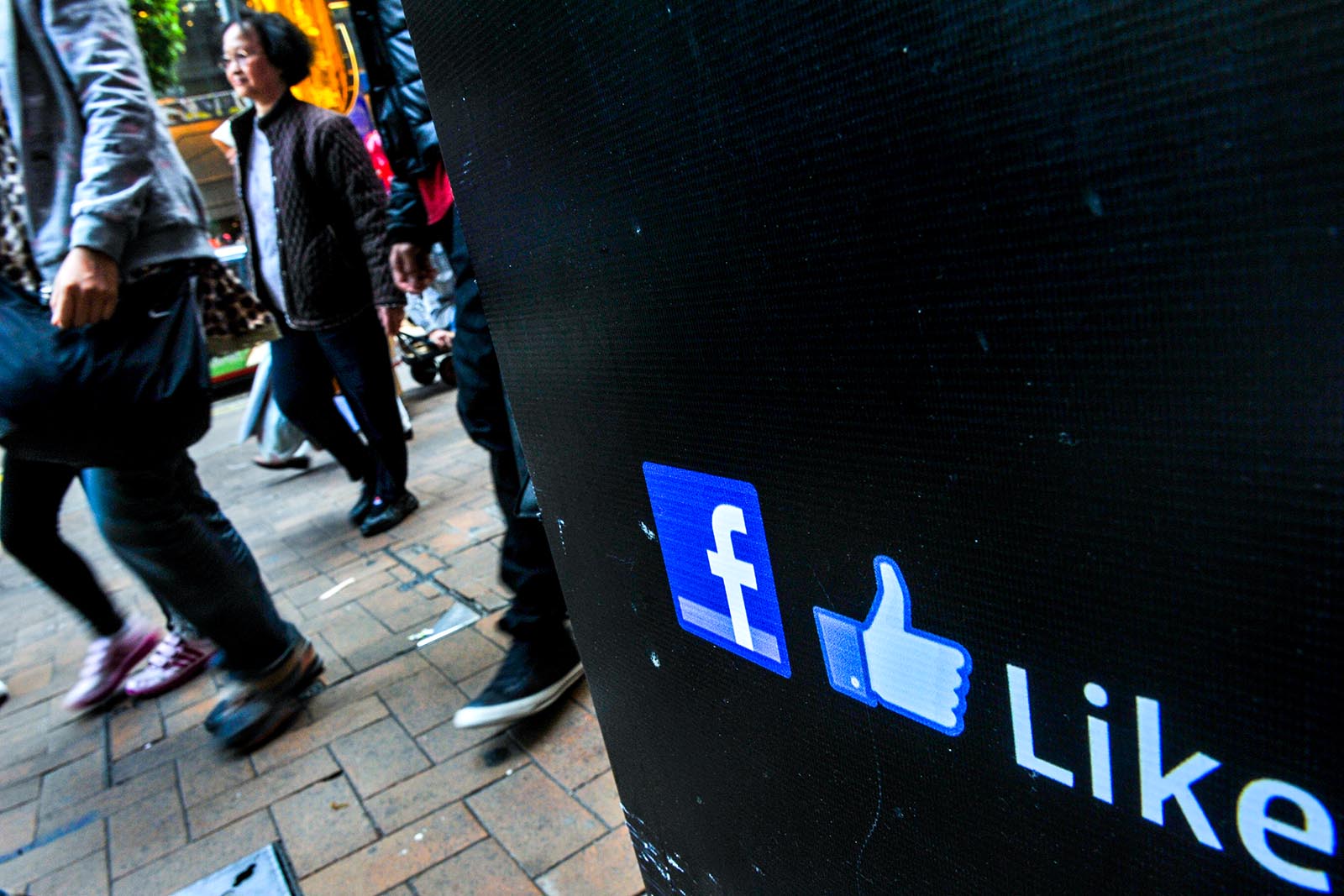 People walk by a Facebook logo in Hong Kong. Tim Wu, a vocal critic of tech monopolies, has made the case that a more robust approach to antitrust enforcement will lead to more domestic competition and innovation.

Big tech couldn’t seem to catch a break this year. Across Europe and the United States, tech’s biggest players have been under increasing scrutiny to reform, occasionally clashing with regulators and policymakers.

In the wake of this year’s many tech scandals, some have proposed breaking up the biggest tech companies. One of the most vocal advocates of this approach is Tim Wu, a lawyer, professor and author known for coining the term net neutrality and for his roles in the Federal Trade Commission and Obama White House. BRINK News spoke to professor Wu about the role antitrust enforcement should play in curbing the excesses of big tech and the dangers posed by the rise of private power in the United States.

BRINK News: How would you make your case—that we need a public check on private power—to risk managers, consultants, and the managerial class?

Tim Wu: There’s a both political case and a strong economic case for antitrust enforcement.

I think first of all, it’s a question for citizens and engages people’s capacity, not necessarily in what position they hold in the economy, but just in general. There are a lot of questions about whether democracy remains representative of what people want and concerns that excessive private influence on government, if not resisted, eventually leads to more extreme politics and the election of ever more extreme people. That’s the political case.

I think the economic case for constraints on private power is also very strong. Economics 101 suggests that too many monopolies are bad for an economy and tend to create long-term stagnation. The United States has had a vibrant economy for most of its history, but occasionally, it has had industries that get locked up by the monopolies or oligopolies. A good example, I think, is the telecom industry, which had fallen into a pretty stagnative state by the ’60s and was benefited greatly by the breakup, even though they didn’t like it at the time.

BRINK News: What do you think are the repercussions of pursuing an antitrust agenda that might hobble domestic companies and embolden foreign competitors?

Professor Wu: I think there is an allure to a policy that says we should be supporting and even subsidizing and protecting our national champions, but I think it goes against what we’ve learned, over the last 50 years or so, about the wisdom of national championship policies. I think the wiser version of American industrial policy has usually suggested that you want as much domestic competition as possible in order to make the companies as strong as possible.

A strong example comes from the last time America and the tech industry faced a foreign challenge, and that is in the ’70s and ’80s when Japan was thought to be challenging the United States for supremacy in tech markets. Following Mark Zuckerberg’s logic, for example, the right thing to do would’ve been to protect and support IBM, AT&T and Xerox, which were the leading American tech firms then.

Instead, the United States federal government sued both IBM and AT&T. They put IBM through 13 years of antitrust scrutiny. They broke AT&T into eight pieces. If you look at the results, the scrutiny of IBM led to, among other things, the personal computer industry and the birth of an independent software industry, both of which became much more important than IBM. And in the case of the breakup of AT&T, you had the birth of an online networking industry, CompuServe AOL, the modem industry, and over the long term, the Internet economy, which is now the mainstream of U.S. tech.

Do you protect today’s champions by giving them a pass on antitrust law? That, I think, has the best chance of making China the tech power of the future. Trying to encourage competitors has proven to be a much better policy.

BRINK News: What do you fear most about the current weakened state of antitrust enforcement?

Professor Wu: I think that my greatest fear of all is that it will take the United States further down the path of greater wealth and income inequality, create greater divides between winners and losers, and make it almost impossible to challenge in many of these industries. That may lead the country into such a fragmented and dangerous state that people become increasingly angry and turn to more extreme solutions. History suggests this has happened in other places.

I think a very risk-averse mindset has settled in in government. In a lot of areas of law enforcement, it just seems that extreme caution has become the watchword.

I think my narrower concern is that you’ll have an economy that produces a lot of profit for shareholders but remains one that does not do a lot for most of the country. You’ll have a decline in growth and entrepreneurship, which have been the backbones of the U.S. economy.

BRINK News: In the past two years, we’ve seen many former Obama administration officials—such as yourself—saying, “I wish we had done this when we were in power.” How can we revive enforcement courage and embolden officials to act when they’re actually in power?

Professor Wu: That’s a very good question because you’re right, you have a lot of people saying, “Why did we let this happen?” or “Why did we do that?” Part of that is because things are sometimes clearer years later.

But also, I think it has a lot to do with a deeper problem about personnel, and why people go to work in government, and their mindset. I think a very risk-averse mindset has settled in in government. This extends beyond antitrust to prosecution. There’s been a lot of documentation of the idea that prosecutors have been too afraid to bring cases and therefore hadn’t, for example, done much after the financial crisis because they were afraid of losing their cases.

So there’s a broader challenge for lawyers to get back their mojo and quit being such scaredy-cats. In a lot of areas of law enforcement, it just seems that extreme caution has become the watchword.

BRINK News: It seems as though Europe is more forward-thinking on regulation and enforcement than the United States. I’m curious what you make of that trajectory.

Professor Wu: I have mixed feelings about Europe. Obviously, they’re much more active. They’re much more concerned about privacy issues raised by companies. They’re much quicker to bring cases. But they have, in my view, approved mergers that even Americans haven’t been willing to approve. I think they’ve gone way overboard in their approval of mergers in the fertilizer and chemical sector.

My view is that they’ve fallen down on the remedy side. They make a strong case for these complex regulatory remedies that don’t seem to be working very well, and it’s given companies the sense that they have a green light as long as they agree to a bunch of complicated conditions. I don’t know what oversight of those conditions looks like. They always seem to end up with these extremely complicated programs.

I think that Europe needs to re-understand the importance of breakups and blocking mergers.

BRINK News: In your book, The Curse of Bigness: Antitrust in the New Gilded Age, you talk about the need to evaluate the economy in a more day-to-day way that resonates with common people. This seems like a perennial issue. Why has there been so little movement on the front?

Professor Wu: I think a lot of this has to do with the failure of communism and Marxism as viable alternatives. There was a huge part of the world which took the position that capitalism wasn’t properly assessing what people needed. But the alternative was such a failure that I think it created something of a reaction. Since then, I think people imagined the march of progress would be toward greater protections for workers and a more humanistic system. But things have drifted in the other direction over the last 20 years. And I guess the backlash is coming again.

This is a perennial issue. I don’t think you solve it. I don’t think there are that many people anymore who think if you just have a dictatorship of the proletariat that that would solve all their problems. But figuring out what continues to generate wealth and a vibrant society without the inherent cruelty of raw capitalism—I think figuring that out will never go away.

Tim Wu is a professor at Columbia Law School, and a contributing opinion writer for the New York Times. He is best known for his work on Net Neutrality theory.

Til Schuermann Partner and Co-Head of Oliver Wyman’s Risk & Public Policy Practice
URL: https://www.brinknews.com/is-antitrust-enforcement-the-wests-best-weapon-against-chinese-tech/
Get ahead in a rapidly changing world. Sign up for our daily newsletter. Subscribe
​​