Iran in Crisis: The Triple Threat of Pandemic, Sanctions and Conflict

April 23, 2020 An Altamar podcast interview with 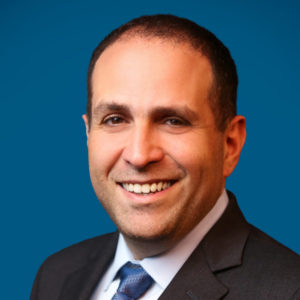 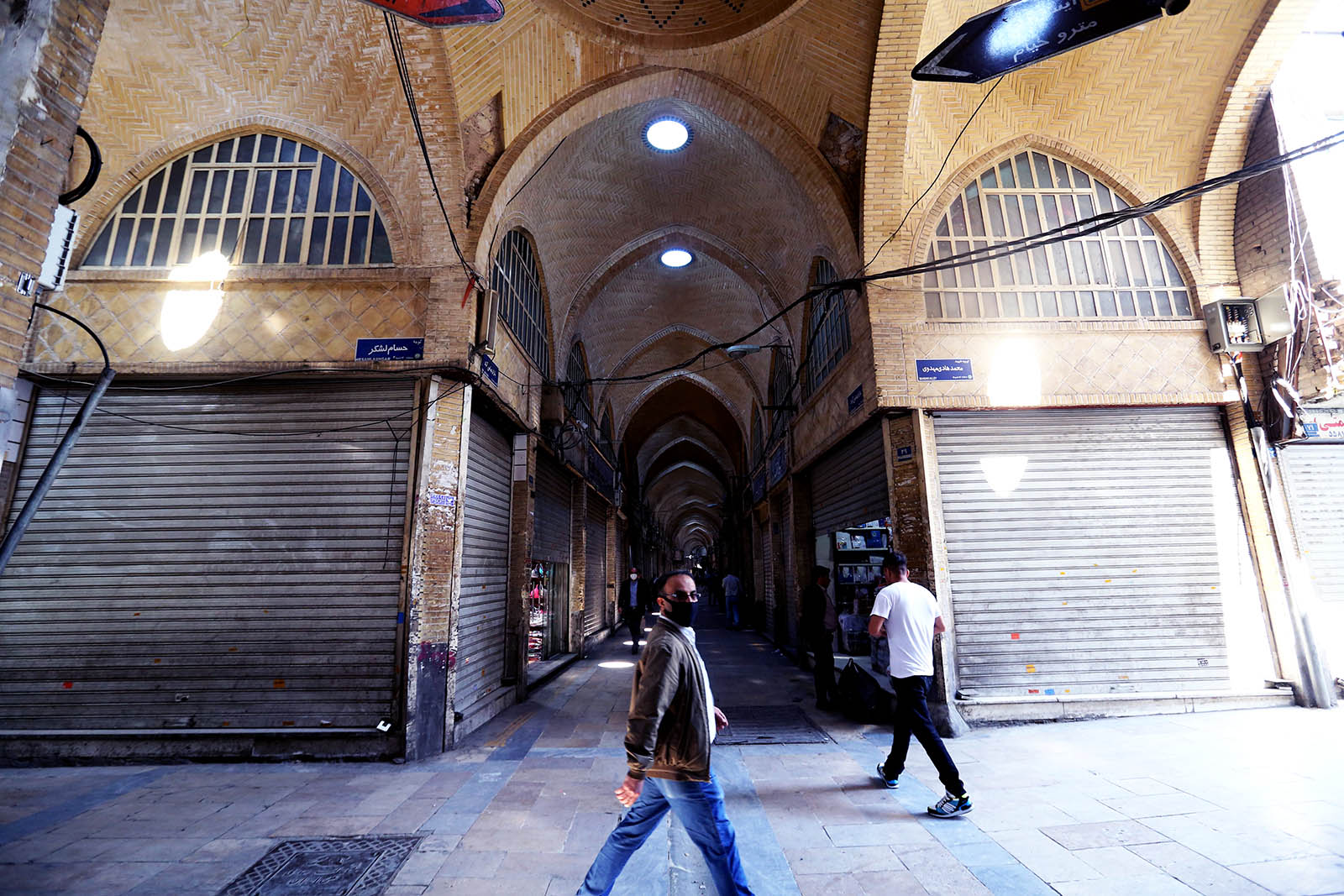 Iranians, some wearing protective masks amid the COVID-19 pandemic walk past closed shops at the Grand Bazaar market in Iran. Under the weight of severe economic sanctions, unemployment is growing, inflation is rising and GDP faces a 6% contraction in Iran.

Iran’s religious regime is facing enormous challenges. The nation has been struck by one of the world’s most severe outbreaks of COVID-19, killing thousands of its citizens — including prominent parliamentarians and government officials. Under the weight of severe economic sanctions, unemployment is growing, inflation is rising and GDP faces a 6% contraction. At the start of this year, a U.S. airstrike killed Iran’s most influential military commander Qasem Soleimani.

Yet, the Iranian regime has proven remarkably durable, continuing to wield regional power and even pursue its nuclear program.

To help understand where Iran is headed, the Altamar podcast team of Peter Schechter and Muni Jensen spoke with Jarrett Blanc, senior fellow in Geoeconomics and Strategy at the Carnegie Endowment for International Peace.

Previously, Blanc was the State Department’s lead for Iran nuclear implementation under President Obama, including the Joint Comprehensive Plan of Action (JCPOA). An expert on conflict termination and political transitions, Blanc has also served as the acting special representative for Afghanistan and Pakistan.

“If you look back over the last 20, 30 years, it’s clear that Iran’s influence has grown,” says Blanc, who points out that the Islamic Republic has had some success as a regional powerbroker. Its proxy, Hezbollah, exerts enormous influence on the Lebanese government, thanks to Iran’s money and tutelage, while Syria’s President Bashar al-Assad is consolidating power in Syria with Iranian and Russian help. Numerous Shia militia groups in Iraq are also under Iran’s control, and Iran is thought to be deeply involved in the ongoing conflict in Yemen.

But Blanc warns against pigeonholing Iranian politics into a Shia-Sunni schism: Iran “has got some partnerships with Sunni actors in Afghanistan. You’ve got Shia actors in Iraq, some of whom are more or less aligned with Iran’s interests. So, I don’t think it’s a totally straightforward Sunni-Shia split.”

Blanc says the Arab states are not interested in ramping up tensions: “The Emiratis and, to a lesser extent, the Saudis, have been looking for ways to backchannel and reach out to Iran. … I don’t think that people in the region are looking for a new Sunni-Shia cold war. Certainly not a hot war.”

Blanc explains how the US government affects regional dynamics in and around Iran.

But Little Legitimacy at Home

However, Iran’s role as a Middle East powerbroker hasn’t translated into public support at home. As Blanc explains, “They’ve played the game pretty well. But in a broader sense, you’re talking about a country that should be rich, happy and globally connected. And it’s none of those things.”

“So, if you see it from a very narrow lens of what does the regime want to achieve in terms of its national security policies, sure, they get a good grade. In terms of what should a government be trying to do for its people — they’re an abject failure.”

Indeed, the Iranian government’s response to the COVID-19 crisis was slow and the subsequent lack of transparency has enraged many of its citizens. Iran has suffered more than 5,000 deaths from the coronavirus, with satellite photos showing Iranian authorities digging mass graves for victims of the pandemic.

An Iranian parliament report released in mid-April revealed that the nation’s death toll from coronavirus was double the figures previously acknowledged, and the country’s infection rate could be eight to 10 times higher than what the government has confirmed.

Blanc explains that Iran narrowly focuses on national security while missing the mark on supporting its people.

Still Have Faith in the JCPOA

In January this year, the death of military commander Qasem Soleimani by a U.S. airstrike saturated media outlets around the world. But as Blanc points out, “Iran is a modern state with a modern military bureaucracy. By all accounts, Soleimani was an effective leader in that bureaucracy, and it’s probably a little bit less effective, a little bit less efficient, without him. But it’s not like this was a cult of personality, where you take out the personality and the structure is gone. The next guy has taken over. And we shouldn’t, I don’t think, expect a massive degradation of effectiveness, a massive change of policy, as a result.”

Moreover, Iran’s nuclear program has continued since the U.S. administration withdrew from the JCPOA in 2018 and resumed economic sanctions. Europe, on the other hand, has extended the deadline for imposing new sanctions after Iran failed to comply with time limits for curbing the nuclear program — essentially siding with Russia and China in looking for ways to revive a nuclear deal.

According to Blanc, “so far, I would say that the Iranians still seem to believe that the best way back to the table somehow goes through the JCPOA.”

National Survival Is On the Line

Iranian pocketbooks are feeling the pain. According to Blanc, “In a very, very tactical sense, the [sanctions] program has achieved its goals. … It has put Iran under tremendous economic pressure — negative 10% economic growth last year, they’ve got high unemployment, inflation has gone back up.” The coronavirus pandemic now threatens to further weaken an already limping economy.

Nevertheless, Blanc argues that U.S. demands “go straight to the core of Iran’s national defense strategy, or its regime survival strategy, and those are not things that Iran or anybody else trades for purely economic benefit.”

Jarrett Blanc is the senior fellow in Geoeconomics and Strategy at the Carnegie Endowment for International Peace. He was previously the deputy lead coordinator and State Department coordinator for Iran nuclear implementation at the U.S. Department of State under President Obama, responsible for the full and effective implementation of the Joint Comprehensive Plan of Action (JCPOA) on Iran’s nuclear program, including Iranian and U.S. commitments on sanctions.

Peter Schechter Host of Altamar Global Issues Podcast and BRINK columnist Juan Cortiñas Founder and Managing Partner at Opportunitas Advisors
URL: https://www.brinknews.com/is-iran-in-crisis-the-triple-threat-of-coronavirus-the-economy-and-geopolitical-instability-sanctions-coronavirus/
Get ahead in a rapidly changing world. Sign up for our daily newsletter. Subscribe
​​