October 14, 2020 An Altamar podcast interview with 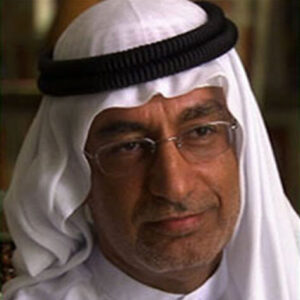 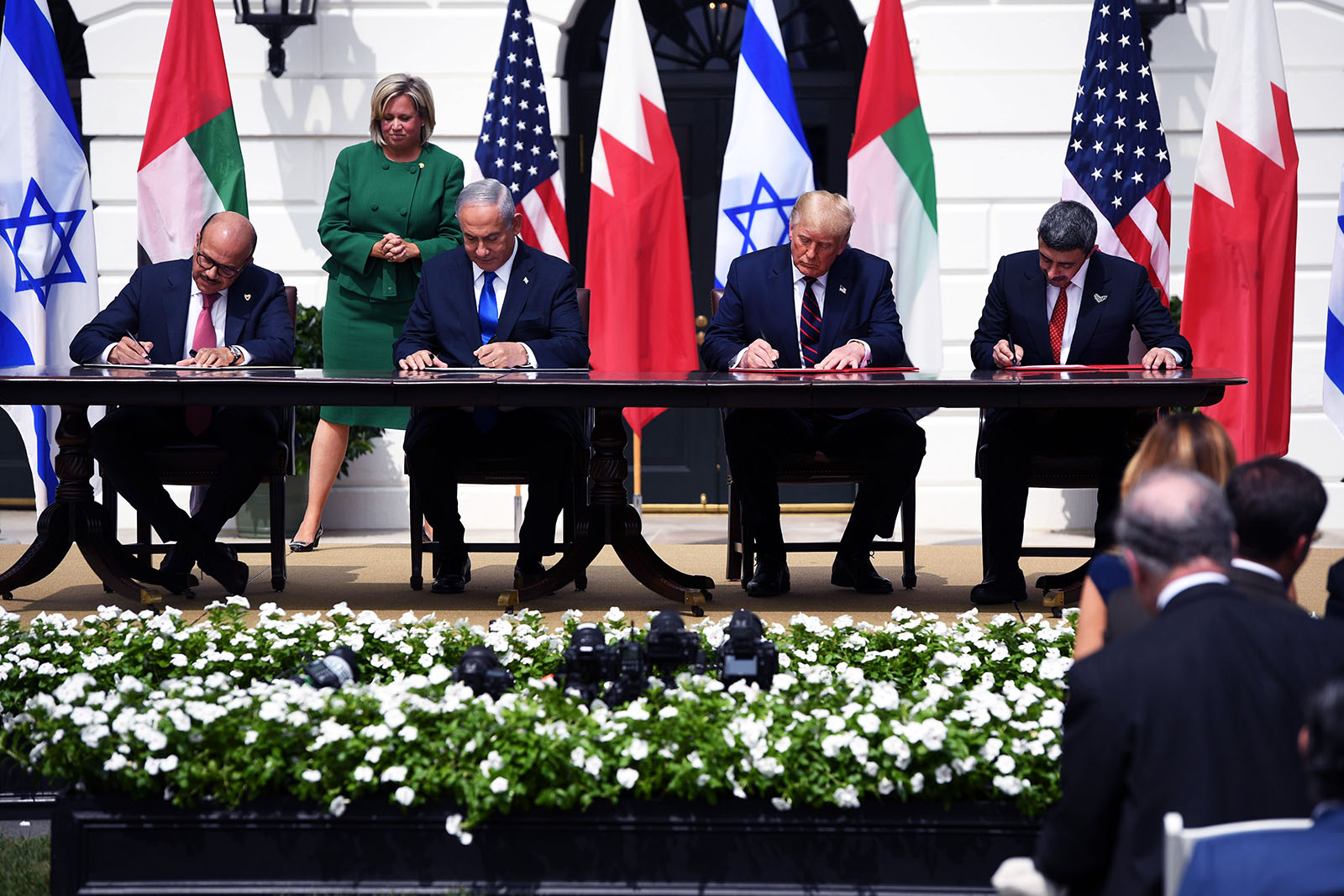 World leaders participate in the signing of the Abraham Accords at the White House in Washington, DC, on September 15, 2020. Abdulkhaleq Abdulla says that all parties involved in the Israel-UAE deal were winners, including the U.S.

For the first time in decades, two Gulf nations (the United Arab Emirates and Bahrain) have formally established relations with Israel — diplomatic, economic, technological and beyond. Additional Arab nations could soon follow suit. The White House-dubbed “Abraham Accords” appear to be a win for most parties at the negotiating table, although Palestine was not a part of the negotiations.

The agreements also point to a potentially major shift in the Middle East: the rise of modern Gulf states as regional leaders and powerbrokers in the Arab world.

To help explain the impact of the Abraham Accords within “the Gulf Moment,” prominent Emirati academic and political commentator Abdulkhaleq Abdulla joined the Altamar Podcast team of Peter Schechter and Muni Jensen. Abdulla is a longtime professor of Political Science at United Arab Emirates University, was a senior fellow at the London School of Economics, and served as chairman of the Arab Council for Social Science. Abdulla was also director of the Gulf Research Unit in Sharjah for 10 years. His research focuses on political changes in the Gulf and the Arab World. Abdulla is the author of several books, and his latest, titled “The Gulf Moment,” focuses on the emergence of the six Arab Gulf states.

The UAE Gained the Most From the Abraham Accords

From his perspective, all parties involved in the Israel-UAE deal were winners, including the United States, says Abdulla: “America is back as a negotiating partner and has restored its credibility as a fair mediator.” Israel, meanwhile, bolstered its economic prospects by opening trade up with the second-biggest economy in the region. But Abdulla maintains that the UAE gained the most: “The UAE has emerged as a leader, as a regional leader, as an influential power, and it is now always welcome in Washington…The UAE is going to benefit in every single way we look at this, strategically, economically, commercially, technologically.”

According to Abdulla, the deal also points out that it’s time to throw old understandings of Middle Eastern politics out the window: “The paradigm that looks at the UAE and the Arab Gulf states as small states is no longer applicable anymore,” says Abdulla. “They are by now an emerging middle power on par with the 30 other middle powers in the world…the six Arab Gulf states today (Saudi Arabia, Kuwait, Bahrain, Qatar, Oman and the United Arab Emirates) have more influence over 16 Arab states, small and big, than the 16 Arab states on the six Gulf states.”

The Net Loser is Iran?

Every political development has losers — and the Abraham Accords are no exception. “The net loser is Iran. Iran has always been viewed here and by almost every other country as a destabilizing factor. I think this accord looks like a nightmare to Tehran, and the guys in Tehran who have come out with the strongest condemnation between all the states that have reacted to the accords,” says Abdulla.

Palestinians feel abandoned by their regional allies, even if Israel has pushed the pause button on annexation of territory in the West Bank. Abdulla explains that “the accord is not going to solve the Arab-Israeli conflict in any way or the Palestinian issue…This accord is not the solution to seventy-years-old regional conflict,” arguing that “the current, right-wing Israelian government is not interested in peace.”

Where Does it Leave the Palestinians?

Nevertheless, he also says that “signing this accord does not mean that the UAE or for that matter any of the Gulf states or Arab states are turning their back on the Palestinian issue…I don’t believe in this notion that normalizing relations with Israel means that we are turning down Palestinian issues and pushing them aside. I think the two need to be delinked.” Moreover, “This is an opening, opportunity, an open window, and maybe somebody in Israel will feel it that way and maybe they will come back as a true partner for peace.”

It’s difficult to guess which countries might be next to follow in the UAE and Bahrain’s footsteps. Abdulla says there are a few likely candidates: “Sudan, Oman, Saudi Arabia…even Lebanon announced that they are engaging Israel to finalize border issues. That, I think, is the first step to normalization.”

And there could be even more down the line: “I think normalization with Israel is now becoming inevitable. I think everyone is recognizing the fact that you cannot defeat Israel militarily, that this boycott of Israel that has lasted 70 years didn’t make Israel any weaker and, if anything, it’s made it even stronger. So, let’s start a different strategy, let’s start a different approach.”

Looking forward, Abdulla predicts we’ll see different regional powers defining the Middle East: “The Gulf States are today the ones that are in the driver’s seat…They are stable, they are prosperous, they are modern, they are open.” With traditional regional powerhouses grappling with internal crises — from Egypt, to Syria, to Iraq — he says that Gulf states are “here to stay, not for the next five years, but for the first part of the 21st century.”

Author of The Gulf Moment @abdulkhaleq_uae

Abdulkhaleq Abdulla is a retired professor of Political Science, was a senior fellow at LSE and served as chairman of the Arab Council for Social Science. He was the director of Gulf Research Unit, Sharjah for 10 years. His research interests include issues of political changes in the Gulf and the Arab World. He is the author of several books, including The Gulf Moment.

Hamza Mudassir Lecturer in Strategy at University of Cambridge
URL: https://www.brinknews.com/is-the-arab-world-realigning/
Get ahead in a rapidly changing world. Sign up for our daily newsletter. Subscribe
​​