Is This a Transformational Moment for the Sustainable Development Goals?

September 9, 2020 A BRINK interview with 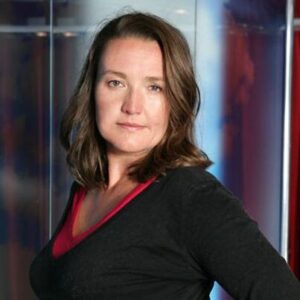 Gail Gallie
Co-Founder of Project Everyone 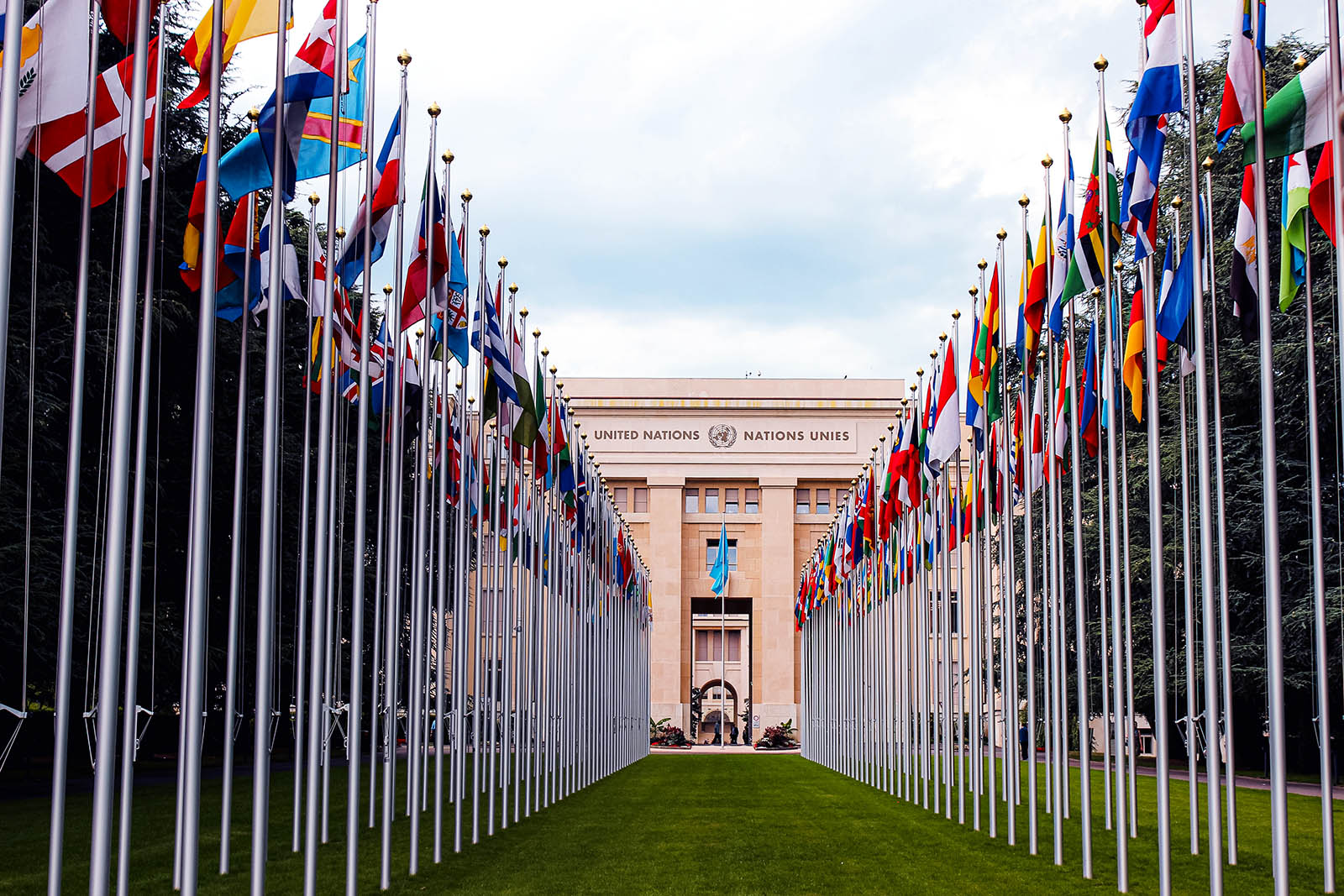 The United Nations Office at Geneva, Switzerland. Businesses need to realize that a shift is underway — away from shareholder primacy and toward a stakeholder outlook.

This month marks the five-year point for the UN’s Sustainable Development Goals (SDGs). The UN’s latest report warns of the regressive impact that the coronavirus pandemic could have on progress.

However, some see the pandemic and the ensuing economic turmoil as a historic opportunity to accelerate the pace of change toward the SDGs’ goal of building more equitable, peaceful, resilient and prosperous societies by 2030. Gail Gallie leads the Business Avengers initiative, a coalition of 17 major multinationals that have committed to implementing the SDGs in their organizations.

BRINK began by asking whether the SDGs were on track to deliver by 2030 before the pandemic hit.

Gail Gallie: No. I would say the overall consensus was no. Before COVID hit, we were setting up this year to be the start of a decade of delivery for the SDGs, and the going-in point was very much that not enough progress was being made.

There were some spots of pleasing progress. The hunger goal was looking better. Moves toward progress in the ocean goal were underway; good protocols were being agreed to, good dialogues being had, and partnerships being formed.

But one of the very difficult things about reporting progress against the SDGs in any time, pandemic or not, is the quality of the data that’s available. Generally, pre-pandemic, it felt like the goals had begun to do their job, but not fast enough. And then, the pandemic hit and put certain things under enormous strain.

The World Is One System

BRINK: Has COVID made people rethink the types of SDGs that are needed and whether this is the best kind of vehicle?

GALLIE: Yes, definitely. One thing we’ve picked up from all of our partners, whether they be government or business, activists, or citizens, is the sense that, more than ever, the world needs a holistic plan. You cannot just stare in one direction and try to fix that, even if that is what you’re super passionate about, or even if that is what you’re up against in this immediate moment, because the world is one system.

The pandemic has really taught people that we are interconnected on every level in ways that we never really thought about. We’re interconnected geographically. We’re interconnected as a species to all of the species. And what we do in one goal, as it were, say, the biodiversity goal, can cause problems in another goal, the health goal. And there are many, many cross-references in between.

So, there’s been a recognition that a system that takes everything into account and tries to move forward holistically is what we need to get us out of here.

We Are All in This Together

The second positive thing to come out of this is the thought that “it turns out we can …” People may have been daunted by these objectives in the past and may have been quietly or publicly thinking, “Oh, that’s never going to happen.” But when you see the incredible fast and deep interventions that have taken place during the pandemic, it turns out we can do incredibly ambitious things.

For example, if you think about the things they are calling for in the climate movement — the wholesale shift out of fossil, the radical reimagination of the food system, and the way we travel around the world — these things seemed enormous. But it turns out that we can ground air travel almost overnight. I’m not saying we should, but it turns out we can.

Suddenly, we’ve realized that we are all in this together. Nothing is going to get you out of this pandemic, unless we’re all working together on it.

The pandemic is presenting opportunities for positive change: Things that might have been seen as optional before are now seen as necessities.

So, if you put those two things together — realization of one system and the dramatic realization of ambition and what’s possible — it could really drive the next decade to put us in a better position than we were in before.

Creating a Space for Bolder Solutions

BRINK: The counter to that is that this economic collapse has constrained the hand of governments, fiscally, because they’re now facing huge debts and the need to rebuild the economies and so forth. How does that fit in?

GALLIE: Governments have realized that some things that were put on the back burner or seen as longer-term possibilities could actually solve the urgent problems they have now.

For example, financing the SDGs: We could improve matters by tightening up on tax evasion. And while governments have let that slide in many parts of the world, including ours, they now need all the money they can get. And so there may be reform coming that had not necessarily been a priority before.

The pandemic is presenting opportunities, I think, for positive change. Things that might have been seen as optional before are now seen as necessities.

BRINK: And what about the corporate space? Many of them are facing huge economic challenges, but on the other hand, maybe they see it as an opportunity to reinvent and renew and do it in a better way.

GALLIE: I’ve been really heartened by the corporate response in general. We have our own set of corporations, the Business Avengers, which are 17 companies all leading in their fields from across the spectrum of industries and geographies and who believe in the Sustainable Development Goals as a route for progress.

I think they’re feeling what everyone else is feeling, which is: Thank goodness we actually have a plan! We’ve also had a lot more time to reflect, because we haven’t been traveling. It has left people in a pretty reflective space and open to collaboration.

I’ve been amazed by this unprecedented wave of sharing, collaborating, co-creation of solutions much more than before. Because we’re all talking through virtual screens, something about the physical barriers to collaboration have also melted away. So, that’s given me heart.

BRINK: What do you think needs to be done from a corporate point of view? It’s obviously not business as usual.

GALLIE: Whether you’re framing it in the SDGs or not, the need for businesses to realize that a shift is underway — away from shareholder primacy and toward a stakeholder outlook — is critical. What is your business doing to carry out business? How damaging is it to the environment? What is your supply chain really like? I would urge all businesses to think about that and to be “planet-positive” in the absolutely broadest sense.

Businesses, beyond doing their own business, can always be useful — whether that’s on the ground, where their factories are, or through products or philanthropy. However they can work that extra mile — everybody who can give an extra mile at the moment needs to give it. Every business can be useful to its community, and every business can make sure that it is doing more good on the planet than harm.

What has come into relief now is what a fragile position we’re all in on this Earth, on this little spaceship. And so, whatever you’re doing on it, just make sure you’re leaving it better than you found it.

Co-Founder of Project Everyone @gailgallie

Gail Gallie was a marketing director at the BBC for 10 years, and spent 4 years as the CEO of London advertising agency Fallon. In 2015 she joined Richard Curtis to found Project Everyone, the campaign unit that launched the Global Goals on behalf of the United Nations. In 2019, Gail launched Project 17, a new venture focused on the investment sector.

Til Schuermann Partner and Co-Head of Oliver Wyman’s Risk & Public Policy Practice
URL: https://www.brinknews.com/is-this-a-transformational-moment-for-the-sustainable-development-goals/
Get ahead in a rapidly changing world. Sign up for our daily newsletter. Subscribe
​​