Is UK Fresh Food Rationing the Tip of the ‘Iceberg’? 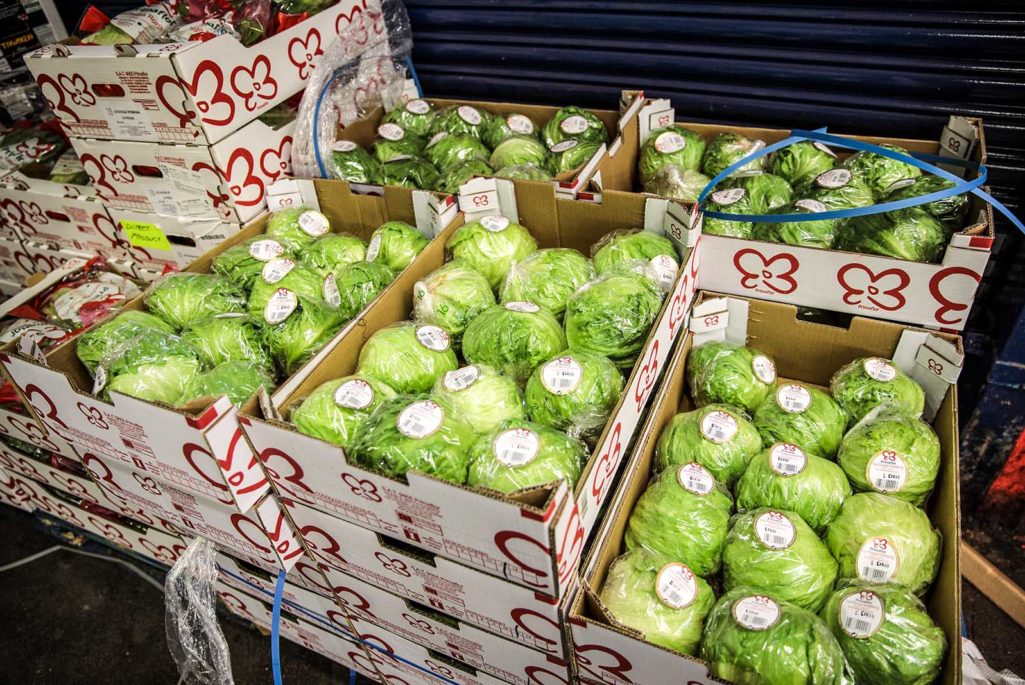 Boxes of Iceberg lettuce are packaged for sale at the New Covent Garden fruit and vegetable wholesale market, Nine Elms in London, England. Poor weather conditions in Europe have led some supermarkets in the UK to start rationing the amount iceberg lettuce and other fresh vegetables customers can buy.

It hit the news late last week: major supermarkets in the UK have introduced rationing on certain fresh vegetables. The BBC reports that Tesco is limiting shoppers to three iceberg lettuces, Morrisons supermarket to two, and in January, the Guardian newspaper reported a fall in the number of courgettes (zucchini) making it to the UK.

The shortages come from snowy conditions in Spain, Italy, and Greece affecting the growth and availability of outdoor, leafy produce and their fruits.

So Brits on low-carb diets have limited options to spiralize. Is that anything to be worried about? In itself, absolutely not, but it should focus attentions on mitigating against the risks to our food supply.

The World Economic Forum recently published their annual Global Risk Report for 2017. The top-ranking item on their list of the ten most likely risks is extreme weather, which is elegantly connected to food crises in their map of interconnected global risks: The report highlights how the adaptation of agriculture is critical to reduce the risk that climate change poses to food systems, for example, breeding hardier crops, and also states that policymakers have the power to implement price stabilization to help address volatility in the system.

But there could also be a role for supermarkets to play. They can help consumers normalize other varieties of foodstuffs and incentivize suppliers to plant them to fill the growing demand.

A decade or more ago, kale (curly or otherwise) was an unpopular and underused vegetable, mostly used for animal fodder. But for years now it has now been a staple in juice diets, quiche recipes and is regularly praised by celebrities.

This reinvention of kale should be a template for supermarkets to drive the transformation for other historically unpopular but locally-grown, hardy vegetables with long growing seasons that can help give Brits a more reliable fresh vegetable food supply.

Of course, reducing the transportation distances in our food supply will also help reduce emissions, which could help in achieving climate change goals, and help reduce the severity and likelihood of extreme weather events.

Where growing locally is less feasible, Brexit may enable supermarkets to source food products from non-EU countries without the current high tariffs that make them unappetizing. This will diversify the supply chain by providing access to more countries, reducing the risks inherent to sourcing from a relatively small area as is done at present.

The need for intervention to protect food supplies goes beyond the UK and its leafy crisis. No one in the UK will suffer because their bacon, lettuce and tomato sandwich lacked a certain crispy bite. But elsewhere, the consequences have proven to be much more dire.

In 2011 a drought in East Africa created a food crisis affecting more than 13 million people. In war-torn Somalia, famine is estimated to have killed 260,000.

It is to protect these most vulnerable populations that the WEF calls for big data to be used to improve climate-risk information services; the development of innovative insurance products to reduce economic exposure to crop failure; and a shift in financial systems to incentivize climate-resilient, low-carbon investments.

In the UK, the so-called crisis should be used to shine a spotlight on issues affecting food supply, relate them to the bigger, more severe food risk picture and encourage consumers and businesses to take action.

Til Schuermann Partner and Co-Head of Oliver Wyman’s Risk & Public Policy Practice
URL: https://www.brinknews.com/is-uk-fresh-food-rationing-the-tip-of-the-iceberg/
Get ahead in a rapidly changing world. Sign up for our daily newsletter. Subscribe
​​