Is Your Business Tagging Water as a Strategic and Operational Issue? 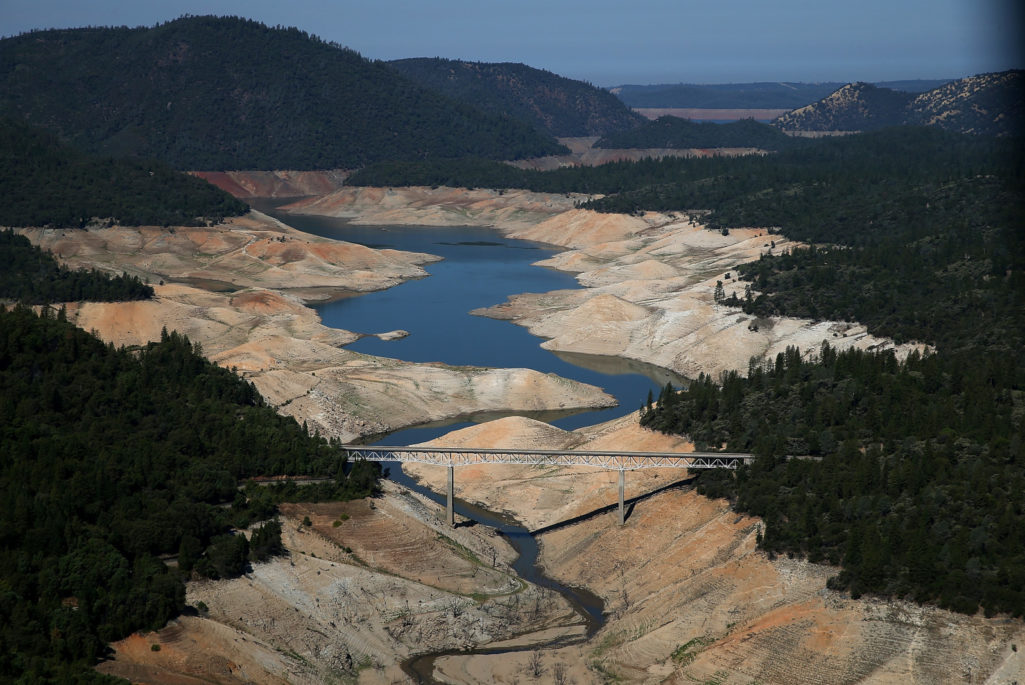 A section of Lake Oroville is seen nearly dry on August 19, 2014 in Oroville, California.

(This piece first appeared in Views and Insights on GreenBiz.)

Few companies tag water as a core issue — with strategic, operational and supply chain implications. Even fewer have water as a budget earmark with staff allocations.

This omission is significant because corporate “tagging” of an issue is key for driving action. Senior management offers support, funding flows and people engage. Without a specific “tag” on an issue, it is as if it does not exist.

At present, water is commonly perceived as a commodity and easy-to-acquire input. Water issues are often perceived of as “exceptional” (particularly if there are challenges) and “outside of the business.”

This assessment could not be further from what we see around us in the world. Consider the droughts in California and South Africa, as well as the long list of countries facing drought-related disasters. Take a look at World Resources Institute’s Aqueduct tool, which maps water risk around the world. And read through Columbia University’s research on water risk in the U.S., which named some of the biggest cities and business centers — as summarized here.

For perhaps the most jaw-dropping example, consider the current drought of Sao Paulo, which could result in only two days per week of water flowing through the city’s pipes. The causes are many, as laid out by a WRI article: Poor infrastructure; waste and inefficient water use; lack of interest in investing in infrastructure that has multi-year payback periods; pollution; deforestation, which affects rainfall patterns; climate change.

In a world increasingly marked by more water disruptions, companies need to assess where and how they depend on water.

In short, Sao Paulo faces water systems issues that have turned into systemic urban problems. At first blush, some of these systems-related dynamics behind Sao Paulo’s drought sound as business-relevant as a science fiction novel. Specifically, the “flying rivers” above the Amazon — a term coined by Intergovernmental Panel on Climate Change (IPCC) scientist Jose Marengo — are essential for how Brazilian urban areas get water. Large expanses of forests play a role in keeping moisture in the air, which is then circulated and falls as rain elsewhere. According to WRI, deforestation of the Amazon can interfere with this water dynamic. In 2014, the “flying rivers” did not flow south.

While a “flying rivers” project has been established by the Rios Voadores, as has an Alliance for Water to address drivers of the water issues in Sao Paulo, the issue of lack of urban water is immediate for many in the region.

For businesses, “flying rivers” and deforestation of lands many kilometers away certainly seems far (perhaps laughably) outside of the scope of concern. And yet, when pipes no longer convey water, the boundaries of what issues are business-relevant suddenly shift.

Unfortunately, drought is only one manifestation of water crisis, as described by the CEO Water Mandate. Water issues come in many flavors, with myriad dimensions — related to quantity (too much, or flooding, as well as too little, or drought) and also quality (related to pollution and other dynamics). These issues clearly are broken down within the growing body of corporate water risk tools, such as WRI’s Aqueduct Water Risk Atlas, the WWF-DEG Water Risk Filter and others as laid out as options for assessing water risk by the CDP’s water work as well as in business-friendly summary articles.

Despite the growing number of business relevant water tools, there is relative inaction — particularly when viewed from a corporate budgeting and headcount stance. How many companies have a line item, and designated staff, for work on assessing corporate water risk and opportunity?

Noting the slumbering giants when it comes to water issues, (IPCC) Chair Rajendra Pachauri recently asserted: “Unfortunately, the world has not really woken up to the reality of what we are going to face in terms of the crises as far as water is concerned.”

For companies, the question now is: How many exceptional circumstances are needed before naming the issue, giving senior management support and earmarking funds and staff for internal corporate water risk and opportunity assessment?

It is clear that in places such as Sao Paulo, water contingency plans are needed. Water efficiency, investments in water infrastructure and innovation are all needed. These and other business actions are well laid out by the CEO Water Mandate.

But action is unlikely in the private sector unless senior business decision-makers name water as a business critical issue — worthy of budget and time.

Some companies and industries are aware and acting on the issue. Not surprisingly, the beverage industry has named water as a core concern. The Beverage Industry Environmental Roundtable has crafted a corporate water strategy paper. Coca-Cola, ABInBev, and other brands explicitly name water issues and invest in systemic ways related to water. The CDP notes that other companies and industries are also taking water efficiency up as an issue.

Yet, decreasing one’s own water use, while total water use rises and (in many cases) total water availability becomes less predictable or even falls (in light of droughts), is simply an inadequate strategy. This approach is akin to hoping that water always will flow from taps — which is no more of a business strategy than hoping that customers will buy your products.

In a world increasingly marked by more water disruptions (either too much or too little), companies need to assess where and how they depend on water, as well as how much may be available to everyone in a region. In addition, corporate decision-makers need to consider the overall context in terms of total water demand and supply in key areas in which they operate, and how to contribute to addressing “choke-points” or problematic dynamics (such as ensuring that the “flying rivers” continue to flow). Corporate definitions of “inside” and “outside” the fenceline, and core business issues will have to shift in response to water issues.

Cross-sector collaboration around water issues will become a new enduring discussion in the coming years. But the first step is naming water as a business issue — and adding “corporate water strategy development” to corporate budgets, along with allocating personnel to step in and set to work on the issue.

Sissel Waage is Director of Biodiversity and Ecosystem Services for BSR. She has more than 20 years of experience working on sustainability issues in North America, Europe and Africa.

Mark Campanale Founder and Executive Chair of The Carbon Tracker Initiative
URL: https://www.brinknews.com/is-your-business-tagging-water-as-a-strategic-and-operational-issue/
Get ahead in a rapidly changing world. Sign up for our daily newsletter. Subscribe
​​