It’s Not Easy Being Green: Marketing in a Time of Greenwashing and Brand Risk 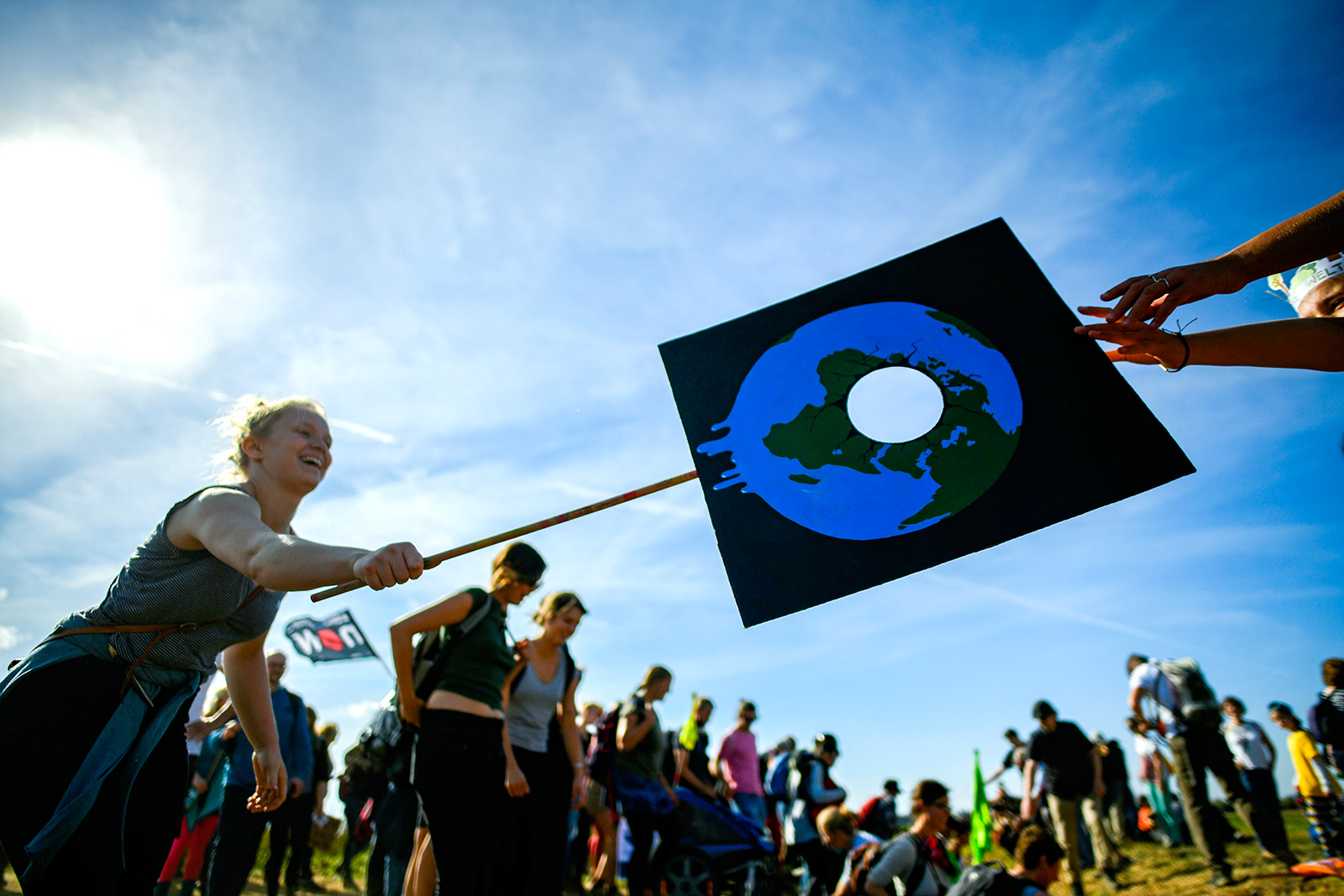 Demonstrators pass on a demonstration poster in western Germany during an environmental protest. Today, determining what is safe and what is green is a far greater challenge than at the dawn of Earth Day.

One of the first environmental disasters I remember was the 1973 polybrominated biphenyl (or PBB) disaster in Michigan, when a toxic flame-retardant chemical was accidentally shipped to a livestock feed plant. In the year it took to realize the mistake, millions of Michiganders were exposed to contaminated beef, pork, milk and eggs.

The PBB disaster became ground zero for what was safe. How many parts-per-million (or -billion) of a chemical is safe to consume? As a young political organizer and graduate student, I had the opportunity to work on the political side of the remediation to ensure that it never happened again. For me, it was early and important work in America’s nascent environmental movement. But since then, the question of safety has only become more difficult to navigate. Today, determining what is safe and what is green is a far greater challenge than at the dawn of Earth Day.

The rewards for and pressure on companies to market green are increasing. Each year, consumers demand more “responsible” brands — from non-GMO to local to sustainable to mission-driven — even if consumers themselves know little about what being a responsible corporate actor entails.

How do companies that want to be green avoid the pitfalls of consumers who don’t trust them, a social media environment that pounces, regulators who don’t define terms (an admittedly daunting job), short sellers who see the chaos as an opportunity and a plaintiffs’ bar that sees it all as a pretext for full employment?

It is not exactly revelatory to warn companies about the perils of marketing themselves as pro-green or eco-friendly unless they’ve got a verifiably clean story to tell. The landscape is littered with corporations that have been accused of greenwashing: aligning themselves with pro-environment symbols and causes in television advertising while violating — sometimes accidentally, sometimes technically, sometimes brazenly — clean air, clean water and other environmental standards.

Two years ago, a greenwashing claim in California resulted in a million-dollar settlement. The state forbids the sale of plastics labeled as “biodegradable” or “compostable”; its environmental officials have ruled that such claims are disingenuous without an explanation as to how long it takes for the product to biodegrade.

Company Transparency Can Add to Credibility

In addition to trying to do the right thing for the environment, companies need to be forthright about the “brown” in their environmental footprints.

Rather than trumpeting vague messaging about being eco-friendly, consider adopting a mission-driven approach.

Longtime food industry counselor Sean McBride, the founder and principal of DSM Strategic Communications, maintains that, “Companies need a long-term plan for converting to a values-based operation. They need to do it right, track it and report progress. But it is critical that they do not over promise or spin failures as successes along the way. That’s a quick way to destroy consumer trust.”

In an age of mercantile activism, brands can be defined by far more than the products they sell. Brands can showcase their environmental footprints, advertising choices, sustainability legacies and fair labor practices, among a myriad of other issues.

The outdoor clothing and lifestyle company Patagonia appears to be taking Mr. McBride’s admonition to heart; it is providing something of a template in how to handle green positioning. Patagonia doesn’t pretend that all the ingredients that go into its product-making are environmentally innocuous. On its website, it lists the chemicals it uses and tries to pinpoint their environmental impact. Patagonia freely admits that it’s in an ongoing “struggle to become a responsible company.”

Mr. McBride also points out that, from his perspective, “Consumers are willing to pay premium prices for premium goods that are made responsibly. Done properly, values-based production that spotlights issues such as sustainability and child labor can be effective.”

Less Risk in a Mission-Driven Approach

Meanwhile, what should smart companies be doing to position themselves on green issues without greenwashing themselves?

First and foremost, rather than trumpeting vague messaging about being sustainable or eco-friendly, consider adopting a mission-driven approach. Companies that embrace specific philanthropic or community missions appear to be gaining traction in the marketplace. Some problems are intractable and some supply chains so convoluted that companies cannot be 100% certain of purity. A mission-driven approach doesn’t suffer the same complications.

What many executives miss about the information revolution is they think it is driven by technology — how people receive information — in other words, which hardware and which platform. It is not about how they receive information, but rather that they can share it. This means citizen-led campaigns can generate from the ground-up quickly and powerfully. Getting caught being inauthentic is no longer about a slap on the wrist from a regulator or some pesky class-action suit; instead, it is a mass movement comprised of short sellers, plaintiffs’ lawyers, NGOs, online activists, regulators and more, all working in concert. Why take the risk when authenticity buys you consumer trust and marketplace faith?

If pro-environment language doesn’t come naturally to your CEO, or if eco-friendly symbols seem like a stretch for your brand, don’t put the company in an awkward spot. Better to embrace your products and their environmental footprint in their entirety, warts and all.

One hopes that companies aren’t ham-handed enough these days to make extravagant claims about environmental purity. Better to forego misleading product labels and hyperbole. Instead, concentrate on modest goals and positioning that could help your company win over skeptical consumers and opinion leaders.