Many Countries Have Unsustainable Pension Systems. These Reforms Can Help. 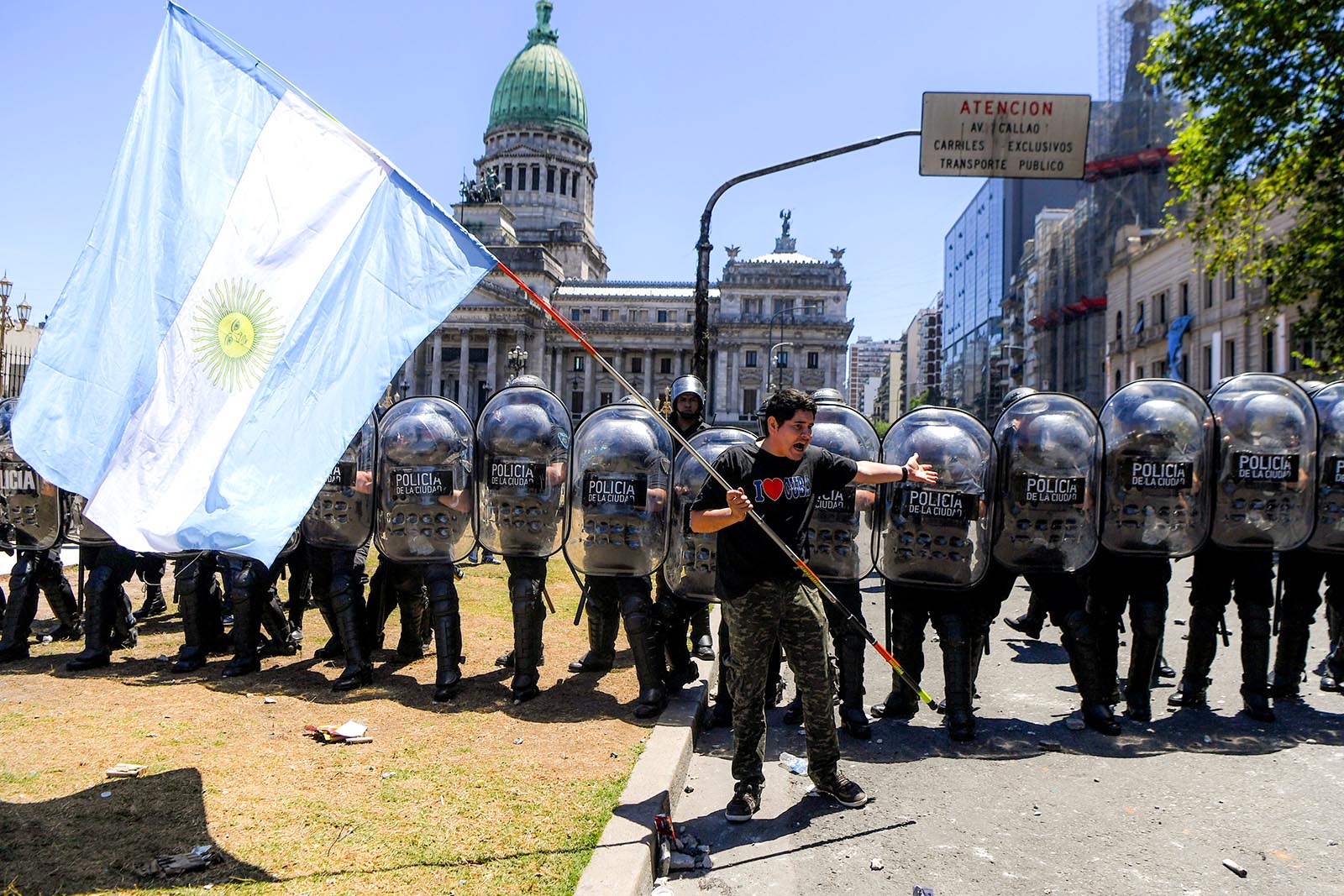 Police officers in riot gear line up behind a demonstrator during a protest against proposed pension reforms outside the congress in Buenos Aires. Argentina's pension system ranked bottom out of 34 countries in a new ranking.

Addressing this complexity has been at the heart of the Melbourne Mercer Global Pension Index (MMGPI), now in its 10th edition. As significant pension reform is either considered or being implemented in many countries, it is important to learn what best practices may look like, both now and in the future. Co-sponsored by Mercer and the Victorian government, the MMGPI compares 34 retirement-income systems, encompassing a diversity of pension policies and practices.

The primary objective of the research is to benchmark each retirement-income system using more than 40 indicators measuring three subindices: adequacy, sustainability and integrity. An important secondary purpose is to highlight some shortcomings in each system and to suggest possible areas of reform that would provide more adequate retirement benefits, increased sustainability over the longer term and/or a greater trust in the private-pension system.

Significant aging of the population is not the only pressure point on our pension systems. The low-growth/low-interest economic environment reduces the long-term benefit of compound interest, particularly affecting defined-contribution arrangements. The increasing prevalence of defined-contribution schemes, increased responsibility on individuals to understand the new arrangements, and the lack of easy access to pension plans, whether due to informal labor markets or the growth of “gig employment,” also make saving for retirement more challenging.

In some countries, government debt affects the ability to pay benefits in pay-as-you-go systems, while high household debt in other countries will affect the long-term adequacy of the benefits provided. There is also the need to develop sustainable and robust income products as retirees seek more control and flexibility over their financial affairs. In the latest rankings, the Netherlands took the top spot with a score of 80.3, edging out last year’s leader, Denmark, at 80.2. At the other end, Argentina’s pension system ranked bottom out of 34 countries, with a score of 39.2.

Since last year’s index, the average score for all the measured systems edged up to 60.5 from 59.9, but no one should be lulled into a false sense of security. The tension between what countries’ retirement systems offer and how long they can continue to offer it is growing as more baby boomers enter retirement.

For example, Italy, Austria and Spain have relatively high adequacy scores of 67 or 68—but sustainability rates of between 20 and 28. The sustainability index measures various indicators—such as total assets, government debt and economic growth—which will influence the likelihood that the current system will be able to continue to provide these benefits into the future.

The different systems in Europe also highlight the tension between pay-as-you-go and funded-pension arrangements. While there is no single answer to cover all circumstances, it is important to recognize that with aging populations, the assets of pension funds represent a key contribution toward sustainable retirement incomes in the future.

Although each system reflects a unique history, there are some common themes for improvement, as many countries face similar problems in the decades ahead. As the OECD notes: “OECD countries should not wait until the next crisis to implement the needed reforms to deal with increasing longevity, increasing risk of old-age inequality and changing work patterns.”

There continues to be a range of reforms that can be implemented to improve the long-term outcomes from retirement-income systems. These include:

Last year’s World Economic Forum highlighted three key areas that would have the biggest impact on the overall level of financial security in retirement: a “safety net” pension for all; improved ease of access to well-managed cost-effective retirement plans; and support for initiatives to increase contribution rates.

Healthy pension systems contribute positively toward a stable and prosperous economy in every nation. The challenge is to implement the best practices in securing the future for a world population that is living longer.

Olivier Meier Principal in Mercer's Mobility Practice
URL: https://www.brinknews.com/many-countries-have-unsustainable-pension-systems-these-reforms-can-help/
Get ahead in a rapidly changing world. Sign up for our daily newsletter. Subscribe
​​