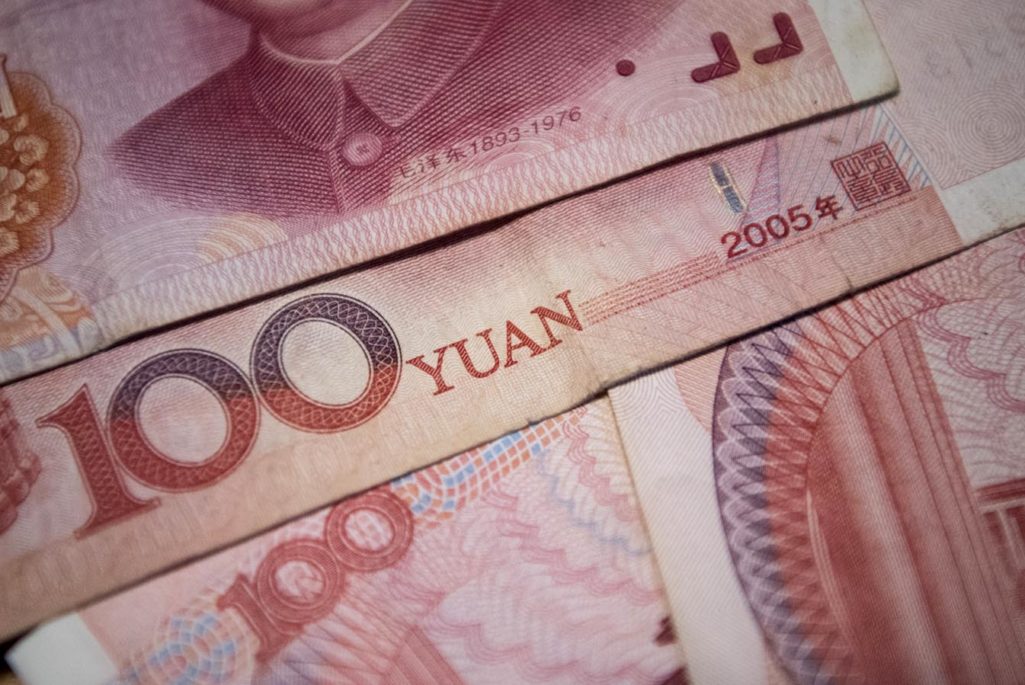 This photo illustration shows Chinese 100 yuan notes in Beijing. Asia-focused growth funds have seen a proliferation of mega-funds raising and closing on more than $4.5 billion.

Asia-focused private equity has experienced a decrease in the number of funds closed in recent years, as well as a decrease in aggregate capital raised, but larger funds have started entering the market, presenting a mixed picture about the current status of the industry.

Although private equity fundraising as a whole has declined, Asia-focused growth capital funds—funds that acquire minority stakes in profitable companies through private transactions—have experienced increased fundraising success. While the market for Asia-focused growth funds has become more concentrated, it has also seen a proliferation of mega-funds raising and closing on more than $4.5 billion. This suggests that, in fact, appetite for these funds is perceived to be high among fund managers, despite the general decreases.

From 2011 to 2016, Asia-focused growth capital funds have seen overall fundraising decline, as both the number of funds closed as well as the aggregate capital raised by them decreased. The number of funds closed annually dropped from 128 in 2011 to just 53 in 2016. Similarly, Asia-focused growth funds raised $26.8 billion in capital in 2011, but secured just $8.1 billion in funding in 2016, the lowest annual fundraising total seen since 2009.

This low is possibly due to increased interest in venture capital funds targeting the region, which have raised a total of $162 billion in the period 2012-16.

That notwithstanding, the market for Asia-focused growth funds does not seem to be stagnating. While fewer fund managers are choosing to launch Asia-focused growth funds, those that do so are able to raise funds more quickly and with a higher rate of success than in previous years. It appears to be a case of brand recognition, with limited partners (investors) flocking to fund managers with more established businesses and track records. This is also a reflection of the maturity of the industry in Asia, which has now seen a few investment cycles, allowing for track records to be assessed more easily. The fact that fund managers are being able to raise funds more quickly also illustrates that the declining number of managers isn’t a reflection of a lack of interest in the asset class. Rather, it is more likely a case of investors being more selective.

Currently, there are 104 Asia-focused growth funds in market (that is, funds raising capital). Given the pace of fund closures in recent years, this equates to two years’ supply of funds, which proportionally falls in line with the private equity industry as a whole. Funds that have closed recently are spending less time in market on average and are achieving a greater average percentage of their target size at final close. This trend has been developing since 2013: In that year, funds took an average of 23 months to reach final close, while funds closed in 2017 so far have taken an average of just 13 months. Similarly, in 2013, funds achieved an average of 77.5 percent of their original target size at final close; this has risen significantly to 112.8 percent in 2017 year-to-date (YTD).

At the same time, funds currently in market are targeting $75 billion from investors, a substantial increase compared to previous years. If they manage to achieve their fundraising targets, these funds could drive fundraising to record highs: 2011 marked the current annual fundraising record of $27 billion, but this was achieved by 128 funds, significantly more than the current level of vehicles seeking capital.

Fewer fund managers are choosing to launch Asia-focused growth funds, but those that do raise funds quickly.

Similarly, there has been a spike in amounts of dry powder in 2017 YTD, following a general trend of decline since 2013. Dry powder refers to the capital raised that has not been invested yet—a fall in the amount of dry powder, particularly as fundraising is improving, reflects strong investment activity. In fact, it seems that 2017 is on track to mark a record high in dry powder for Asia-focused growth funds after three years of decline: As of August 2017, the sector holds $51.1 billion in capital available to fund managers, just short of the record $51.2 billion in dry powder seen in 2013.

The largest three Asia-focused growth funds ever launched, ranked according to their target size, are all currently in market. The State-owned Enterprise National Innovation Fund, China Internet Investment Fund, and Sino-Singapore (Chongqing) Connectivity Private Equity Fund are collectively targeting $51.6 billion, making up over two-thirds of the aggregate capital targets of all 104 funds in market. Also, while the average size of the Asia-focused growth fund in market is currently $721 million, the average size of these funds is almost 24 times this.

Discounting these three funds, however, is the current fundraising landscape, which looks a lot less extreme. The average size of the remaining funds in market is around $230 million—a slight decrease from 2016, when funds closed on an average of $245 million. Without these three outsized vehicles, fundraising, dry powder and funds in market would seem to be continuing in the same vein as seen in previous years.

However, the simple existence of such large funds is indicative of the overall health of the growth capital fund segment in Asia. Fund managers judge that there is sufficient investor appetite for the sector to bring mega vehicles to market, and this confidence seems to be well-judged, given that two of the three aforementioned funds have already raised substantial sums of capital.

Even accounting for the fact that two of the vehicles are government-linked funds looking to focus on economic development in China, there seemingly remains a great deal of both supply as well as demand in the Asian growth market.

Recent focus in Asia has tended toward venture capital over growth funds. While the number of Asia-focused growth funds closed each year has been shrinking, the venture capital market has become larger, especially in the case of those focused on late-stage investments. In part, this is because of the perceived flexibility of venture capital funds, which are able to invest in companies at widely different levels of scale and maturity. It is also symptomatic of the wider economies of Asia, with rapid expansion in China and India providing many more opportunities of the type traditionally sought by venture capital vehicles.

Looking ahead, it is reasonable to expect the massive-growth capital funds currently raising capital to compete with some of the equally large late-stage venture capital funds, which are currently fundraising for deal opportunities. Both vehicle types will be seeking to deploy extremely large amounts of capital and will likely pursue relatively immature companies that are looking to quickly scale and capture market share. Ultimately, we may see the continued and increased conflation of the late-stage venture capital and growth sectors in Asia—and indeed globally.

The rapid and exponential expansion of technology-based startups, which have relatively few overheads and have an infinitely replicable product, has blurred the line between the opportunities presented, with age and size no longer sharing such a strong correlation and therefore not fitting exactly into either investment profile.