Migration: A Global Issue in Need of a Global Solution 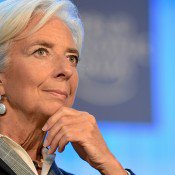 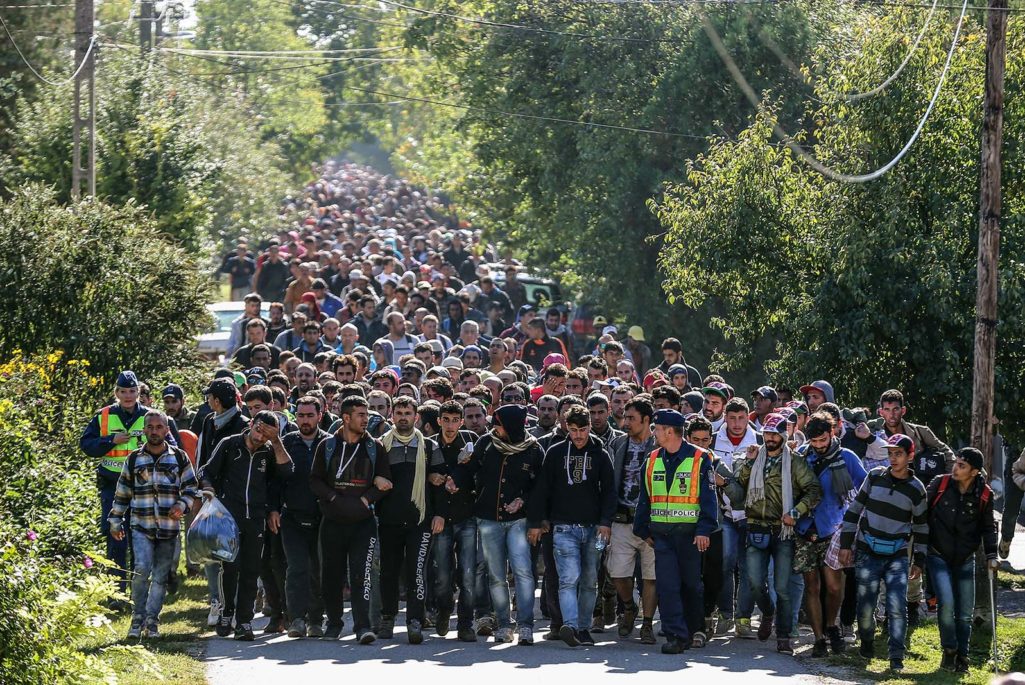 Hundreds of migrants who arrived by train at Hegyeshalom on the Hungarian and Austrian border walk into Austria on September 22, 2015. Thousands of migrants have arrived in Austria over the weekend with more en-route from Hungary, Croatia and Slovenia. Politicians across the European Union are trying to find a solution to the crisis and the dispute of how to relocate 120,000 migrants across the EU.

As the Group of Twenty leaders gather in Turkey this weekend, they will have on their minds heartbreaking images of displaced people fleeing countries gripped by armed conflict and economic distress. The surge of refugees in the last few years has reached levels not seen in decades, and these numbers could increase further in the near future.

The immediate priority must be to help the refugees—who bear the heaviest burden, and too often tragically—with better access to shelter, health care and quality education.

Many of the countries neighboring conflict zones—which have welcomed most of the refugees—have stretched their capacity to absorb people to the limit. To support additional public services for refugees, they will require more financial resources. The international community must play its part. With the International Monetary Fund’s support, for example, Jordan has been able to adjust its fiscal targets to help meet this need.

Those countries that have done most to welcome displaced people are to be commended. Some countries have been willing to receive large flows of refugees and done their utmost to provide them with food and shelter. Others, especially among advanced countries, should look at how they might increase their scope for admitting more refugees.

Ultimately, however, one thing is very clear: No country can manage the refugee issue on their own. We need global cooperation.

Cross-border migration, of course, comes in several forms. It includes both refugees who are forced to leave their country and economic migrants who voluntarily leave in search of opportunities. This total number of migrants has risen significantly in recent years, now accounting for more than 3 percent of the global population.

Regardless of the motivation, the decision to uproot and leave one’s home is difficult and can be risky. But once people make the journey, resettle and find stability, migration can—with the right policies—have an overall positive economic impact for migrants, their host country and their country of origin (as shown in staff analysis).

More importantly, migration can also help address the challenges from aging populations in a number of advanced countries. Over the medium term, our research shows that migrants could help reduce pressures on pension and health spending, and in the near term, the net budgetary impact tends to be relatively small.

One thing is very clear: No country can manage the refugee issue on their own.

What about countries experiencing an outflow of migrants? Certainly, these countries often lose their youngest and brightest, with important implications for growth. This has been the case in Caribbean countries, for instance, which lost more than 50 percent of their high-skilled labor between 1965 and 2000.

Remittances help to counterbalance some of these effects. Indeed, they can be a very important source of income, which has been shown to lead to higher education and health spending. In 2014, remittance flows to developing countries amounted to $436 billion, more than half of the total net foreign direct investment and well over three times as much as official development assistance.

Moreover, if the transaction costs of remittances could be lowered further, even greater benefits would accrue. Estimates suggest that reducing remittance costs to one percent of the amount transferred could release savings of $30 billion per year, more than the entire bilateral aid budget to sub-Saharan Africa. We should strongly support the G-20’s commitment to reduce remittance transaction costs.

The key challenge is to facilitate the smooth integration of newcomers, whether economic migrants or refugees. No doubt there will be hardship and difficulties at the outset, whether logistical, fiscal or political, but these need to be weighed against the benefits that accrue over the medium to longer term. Easier said than done—but it can be done.

In Sweden, for instance, an introduction program for refugees provides employment preparation and language training for up to 24 months, together with financial benefits. The program is beginning to help the latest inflow of refugees to find jobs, even though it will inevitably take time to fully succeed.

The IMF will also do its part through our financing and capacity building. In addition, over the next few months, our analysis on this issue will feed into our policy advice to countries in Africa, Europe and the Middle East dealing with massive population movements.

Migration is a global issue. We must all work together to address it.

This piece first appeared on iMFdirect.

Christine Lagarde is Managing Director of the International Monetary Fund. She was appointed in July 2011. A national of France, she was previously French Finance Minister and also served as France’s Minister for Foreign Trade.

Xianbin Yao Professorial Lecturer of International Studies at De LaSalle University Manila
URL: https://www.brinknews.com/migration-a-global-issue-in-need-of-a-global-solution/
Get ahead in a rapidly changing world. Sign up for our daily newsletter. Subscribe
​​