NAFTA: Scenarios for a Trade Deal in Crisis 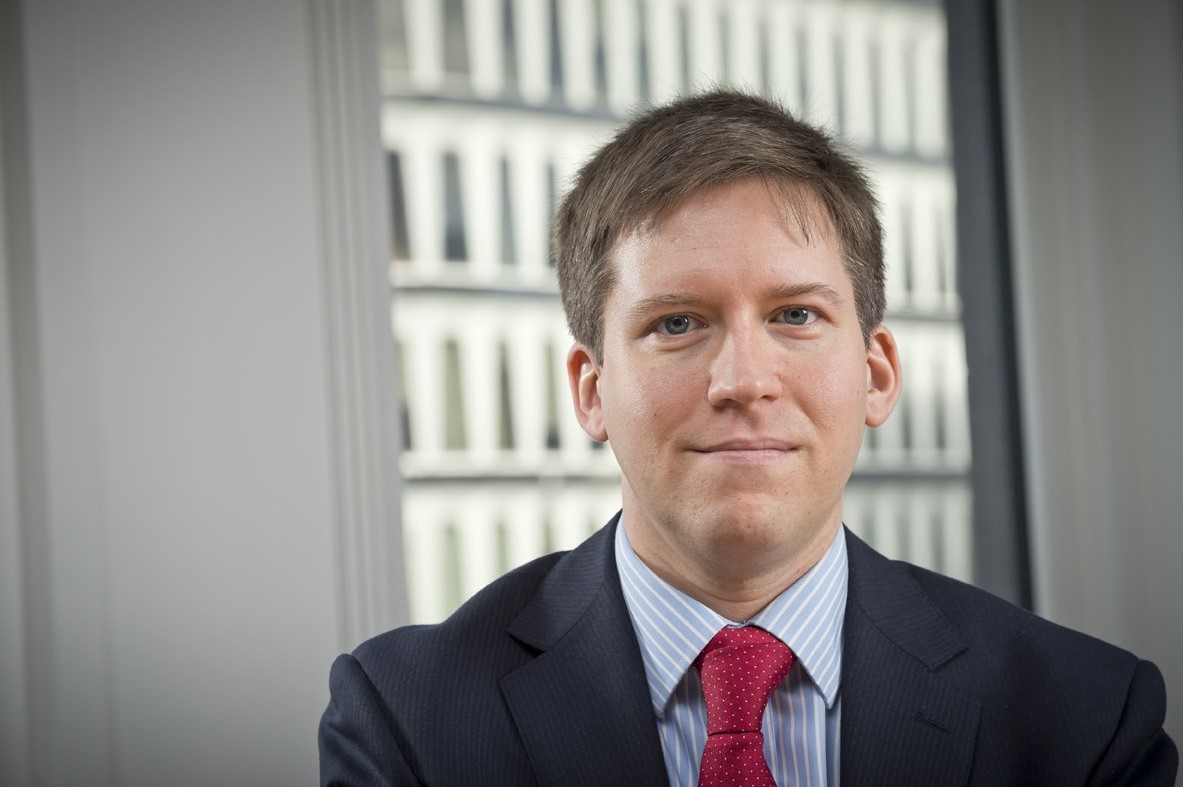 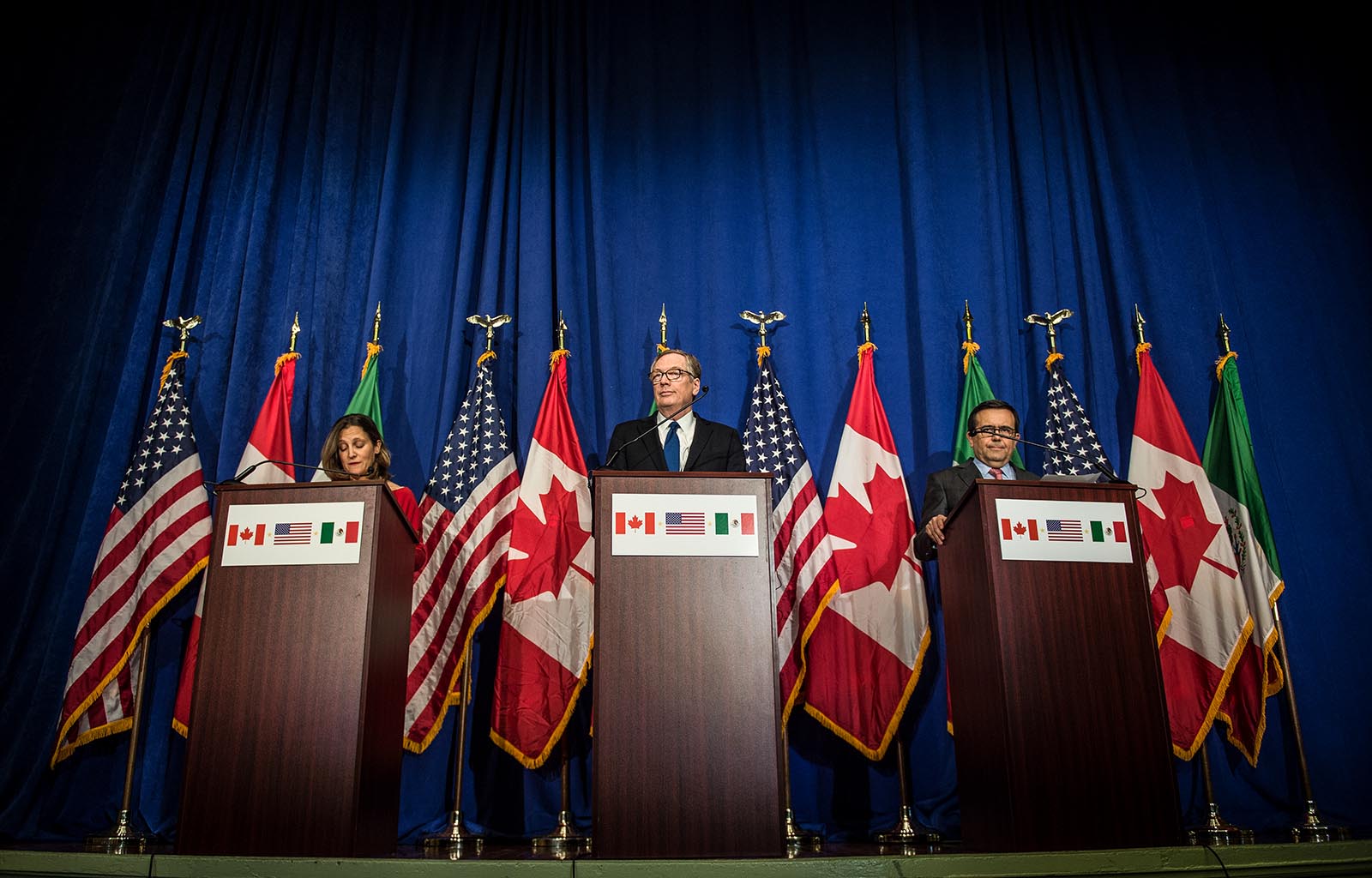 Our core view is that the North American Free Trade Agreement will remain largely intact following the conclusion of ongoing renegotiations between the U.S., Mexico and Canada. However, the hard-line stance taken by U.S. negotiators has significantly increased the chance of a U.S. exit.

The U.S. introduced a number of controversial proposals in the fourth round of talks surrounding dispute settlement, dairy trade, government procurement, “rules of origin” requirements in the auto sector and a “sunset clause,” which would require a renegotiation of the agreement every five years. Many of these are non-starters for Canada and Mexico, and their inclusion by the U.S. raises questions of the U.S. team’s ultimate goal.

The fifth round of negotiations, which concluded on November 21, did little to assuage investor fears that NAFTA will collapse. At the very least, the prospect of a deal being reached by the end of the first quarter of 2018 is diminishing.

While the probability that NAFTA will emerge from renegotiations relatively unscathed has diminished in recent months, our core view remains that only modest changes and “modernizations” will be made. Several factors support this view:

Given the above factors, we see scope for the U.S. trade negotiators to soften their stance in the coming months, allowing for an agreement to be concluded. In this scenario, Mexican and Canadian negotiators would make a number of concessions, with dispute settlement, government procurement, and a modest increase in rules of origin provisions among the likely targets. The concessions and the other changes, especially on labor regulations, would be enough for the Trump administration to claim a “win” in its renegotiation efforts. Alternatively, the U.S. could hold firmly to its current hard-line stance, derailing negotiations and leading to a U.S. withdrawal from NAFTA. Mr. Trump could see withdrawal as a viable negotiating or political strategy. By issuing notice of withdrawal, the Trump administration could see an opportunity to score political points and rally its base, billing it as a political victory and another fulfilment of campaign promises.

On the Mexican side, politics will become an increasingly unpredictable influence on negotiations as we approach general elections scheduled for July 2018. The current leader in the polls, in what will be a hotly contested presidential race, leftist populist Andrés Manuel López Obrador has long voiced his dissatisfaction with NAFTA. Moreover, concessions to the U.S. on NAFTA will increasingly become a political liability for the candidate from Mexico’s ruling Partido Revolucionario Institucional. As such, we see scope for the Mexican negotiators to walk away from negotiations should the U.S. maintain its hard-line stance. This would likely trigger a U.S. withdrawal.

The U.S. Issues Withdrawal Notice, What Happens Next?

Should the Trump administration issue notice of withdrawal, we would expect immediate legal action from numerous U.S. businesses and trade groups claiming damages. The legality of unilateral executive action is ultimately a constitutional issue, and thus would most likely escalate all the way to the Supreme Court after months of legal battles in the lower courts. The U.S. Constitution states that Congress has the power to “regulate commerce with foreign nations.” While we ultimately expect the administration’s ability to terminate the agreement would hold up to judicial scrutiny, we would expect heightened levels of uncertainty to weigh heavily on investor sentiment and present headwinds to economic growth, especially in Mexico.

An end to the agreement would likely result in a reimplementation of trade duties among Mexico, the U.S. and Canada. However, key provisions of NAFTA, especially regarding investment and regulatory cohesion, were codified into U.S. law by the North American Free Trade Agreement Act and cannot be terminated without an act of Congress.

That said, the termination of NAFTA would assuredly be disruptive to the economies of all three countries, especially in sectors where supply chains are deeply integrated. Mexico’s economy would be the most heavily impacted, given the importance of exports to the U.S. relative to its overall economy, with the impact in Canada and the U.S. being less but still profound.

Canada-U.S. trade relations would likely fall back to the Canada-U.S. Free Trade Agreement, largely mitigating the impact of the NAFTA termination. While trade between Canada and Mexico would revert back to the status of the WTO’s most favored nation, this is a relatively moot point given that total trade in goods between the two countries was only $15.7 billion in 2016, compared to $580.4 billion between Canada and the U.S.

We highlight the risk that a termination of NAFTA could spark a trade war between the U.S. and Mexico. As the termination of the deal would not further the U.S.’s goal of reducing the country’s trade deficit, we see scope for further action by the Trump administration. The U.S. average most favored nation tariffs on imports would revert back to an average of around 3.5 percent, compared to 7.5 percent for Mexico. Furthermore, more than 90 percent of U.S. exports to Mexico are in products with rates above 30 percent. This would undoubtedly be perceived as a bad deal for the U.S. and likely spur Mr. Trump to implement countervailing and safeguard duties in an effort to raise effective tariffs.

Such actions would be perceived as being in violation of WTO agreements. While Mexico would appeal to the WTO, the process would be lengthy and Mexico would be likely to retaliate in kind. Under such a scenario, we estimate that Mexico’s GDP could be negatively impacted by as much as 3 to 4 percent over one to two years, as manufacturers curtail production, real earnings suffer, and private consumption contracts as a result of rising prices, especially for foodstuffs.

A NAFTA collapse means U.S. leadership is willing to act on its aggressive rhetoric on trade despite opposition from U.S. businesses and Congress. This would suggest that several other countries with which the U.S. has trade deficits would also be targets. While we envisage targeted complaints and tariff increases against the likes of the EU and China, U.S. policy could get even more aggressive.