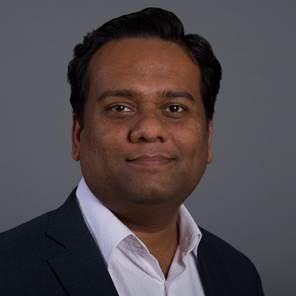 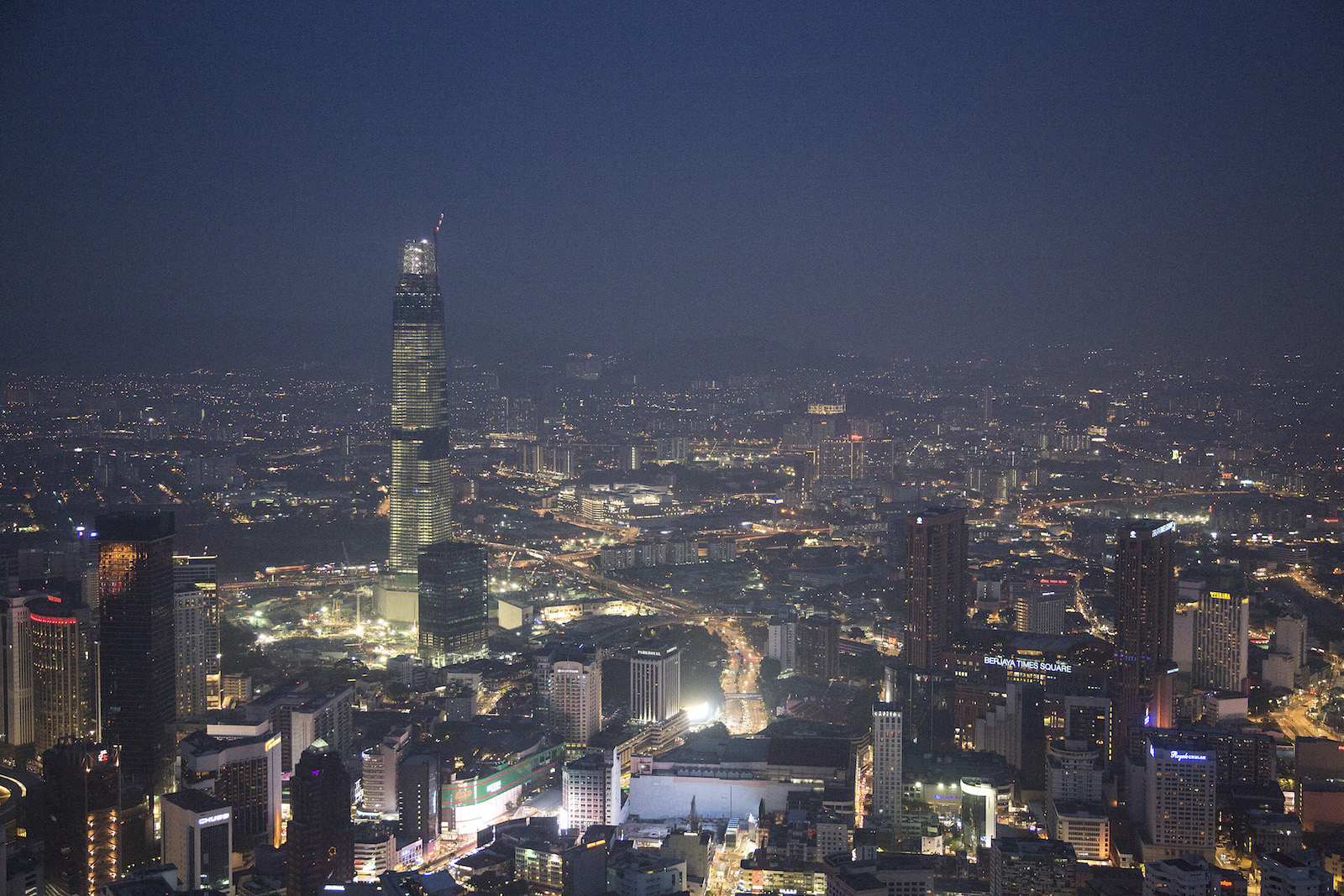 General view of Kuala Lumpur. A key challenge faced by business leaders in Malaysia is identifying ways to address shifting skills needs due to advancing technology and changing regulations.

This is the third in a series of articles that seeks to provide a nuanced analysis of the risk profiles for five countries in Asia-Pacific and aid business leaders in understanding the region’s diverse risk environment. These articles complement the 2019 Global Risks Report, which is produced by the World Economic Forum in partnership with Marsh McLennan and Zurich Insurance Group, and will be launched on January 16.

Malaysia witnessed a surprising change in political regime in 2018, with Mahathir Mohamad mounting a comeback to become prime minister once again, this time as the world’s oldest head of government.

The change in government was followed by a sweeping change in policies—scrapping of several expensive infrastructure projects and the goods and services tax, to name a couple. Even as businesses slowly adjust and regain confidence in the government, many business executives continue to face a myriad of challenges. These range from burgeoning technological threats, the diverging effects of the U.S.-China trade disputes, and a growing shortage of talents in critical industries.

These concerns are reflected in Marsh McLennan Insights’ recent market risk report, titled 14 Shades of Risk in Asia-Pacific, which looks at the most important concerns for doing business across 14 economies in the region. The report leverages the rich experience and expertise across Marsh McLennan Company and the Executive Opinion Survey (EOS) conducted by the World Economic Forum, with whom Marsh McLennan Companies has a strategic partnership.

The 2017-2018 period witnessed the momentous rise of technological concerns among business leaders in Malaysia. While these concerns were confined to potential cyberattacks in 2017, throughout 2018, data fraud/theft and the broader misuses of technology have also come to the fore. Instances of data fraud and cyberattacks have increased in scale and severity in the past few years; the latest incident involved the leaking of data of over 45 million mobile phone users. At the same time, social media channels have been misappropriated to sway public opinion. Digital Forensic Research, a U.S.-based digital media research institute, found that, in the weeks leading up to the 2018 national elections in Malaysia, over 17,000 bots flooded Twitter with spam messages.

The prevalence of these types of incidents—despite Malaysia’s high ranking in the International Telecommunication Union’s annual Global Cybersecurity Index (3rd in 2017)—means that building Malaysia’s cyber resilience is an ongoing national project with shortfalls that need to be overcome. In response, the government is increasingly prioritizing cyber resilience, setting up the CyberSecurity Malaysia agency to lead the country’s cybersecurity agenda in 2017. While domestically, businesses have started to stabilize after the election of a new government, the international geopolitical scene remains a turbulent one for businesses in Malaysia and the region due to the ongoing trade dispute between the U.S. and China. While the country has chosen to take a neutral policy of noninterference in the fallout, both the U.S. and China are key export destinations for Malaysian products. As such, Malaysia’s economy is slated to be impacted by the protectionist policies erected during the dispute. Analyses from DBS and OCBC, for instance, have marked Malaysia as one of the most exposed economies in the trade war due to the country’s trade openness and its close participation in global supply chains. Sectors that contributed most to Malaysian exports, such as electrical and electronic products, are expected to be affected, while others, such as solar panel and solar panel components manufacturing, have already been directly impacted from tariff hikes by the U.S.

Talent shortages are significant and create a bottleneck for growth across many industries in Malaysia. Addressing skill shortage should be a combined effort from both the government and the industry.

However, there are Malaysian industries that could potentially benefit from the trade war. According to a recent analysis by the Economist Intelligence Unit, Malaysia’s information and communication technology products and the automotive sector may be the biggest winners, as manufacturers can readily shift their production from China to Malaysia. While this is generally good news, there is also a risk of missed opportunities if companies cannot take advantage and lose out to other economies in the region.

Vulnerabilities in the Labor Market

According to the IMF, Malaysia has registered an impressive 4.6 percent GDP growth rate in 2018 and is slated to maintain similar growth levels in 2019. World Bank also reported late last year that Malaysia will achieve high-income status between 2020 and 2024.

Yet such growth optimism has been tempered by potential weakness in the labor market, most notably the threat of high un- and under-employment. While the headline unemployment rate in Malaysia is relatively low at about 3.4 percent over the first eight months of 2018, youth unemployment numbers have been an important concern. Malaysia’s youth unemployment rate has consistently exceeded 10 percent since 2015, and while not as severe as other economies such as Indonesia, it is among the highest across East and Southeast Asian economies.

This is reflective of the existing mismatch among industry needs, skills being taught in educational institutions, and the limited success in creating high-skilled jobs. More broadly, high youth unemployment is emblematic of the growing problem of talent shortages in Malaysia, which is expected to affect companies’ productivity and competitiveness. To be sure, this is also a regional problem that has been outlined in Marsh McLennan’s previous report From Threats to Impact that surveyed the threats to physical and human infrastructure across Asia-Pacific.

A key challenge faced by business leaders in Malaysia is to identify ways to address shifting skills needs due to advancing technology and changing regulations. Tellingly, the time and effort taken to fill professional vacancies in Malaysia is significantly higher than some other major economies in the regions, such as Indonesia, Vietnam and the Philippines. In particular, financial services firms are facing difficulties recruiting talents with relevant industry experience that covers evolving financial regulations, as well as data analytics and technology capabilities to meet changing demands. As the EOS 2018 results suggest, rapid technological change and its associated risks have become executives’ top concern in Malaysia. To this end, executives in Malaysia should take a strategic view in fostering, developing and retaining talent. Businesses and human resources need to understand the implications of an increasingly digital operating model on talent—both in terms of number of resources and required skill sets. Human resources should redefine their talent strategy and ensure that talent management objectives align with the business’s evolving strategy.

Anirudh Singh is a partner based in Oliver Wyman Singapore’s office. He has worked in-depth with several multinational and domestic banks and insurance players in Asia. He has done a range of projects in areas including strategy, operating model, performance management, finance and risk management.

Jonathan Munemo Professor of Economics at Salisbury University
URL: https://www.brinknews.com/navigating-malaysias-risk-landscape-in-changing-times/
Get ahead in a rapidly changing world. Sign up for our daily newsletter. Subscribe
​​