North Atlantic Hurricane Season for 2018—Near Normal But With Uncertainty 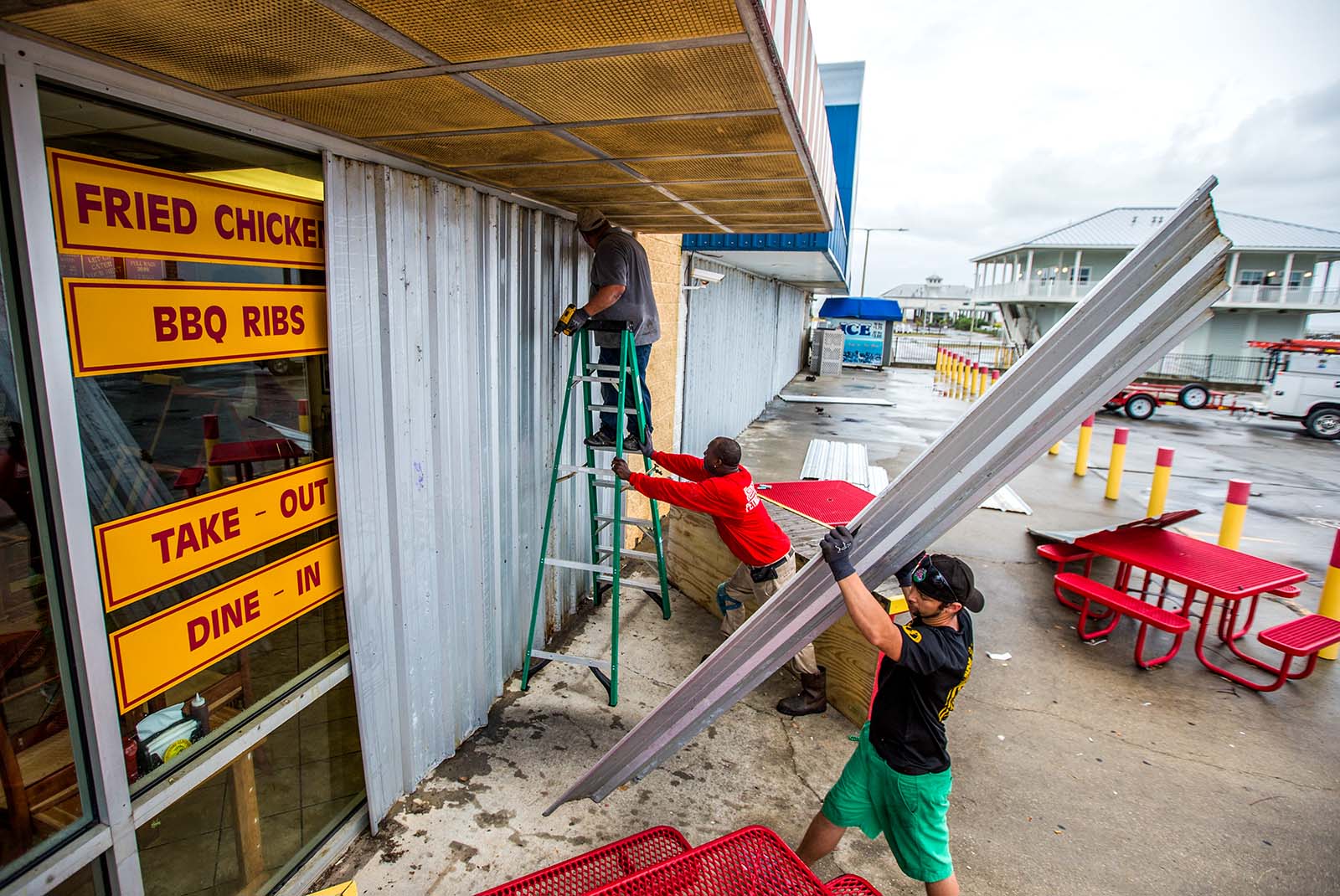 Mississippi citizens board up a restaurant as Hurricane Nate approaches the northern Mississippi Gulf Coast. The 2018 North Atlantic hurricane season is predicted to be "near-normal," but certain big questions remain.

The U.S. National Oceanic and Atmospheric Administration (NOAA) recently issued its seasonal outlook, predicting a near-normal hurricane season. The NOAA outlook notes considerable uncertainty for the coming season due to prediction challenges both for possible El Niño conditions and sea-surface temperatures through the peak of hurricane season. The state of transition for the Atlantic Multidecadal Oscillation, a prominent climate factor associated with Atlantic sea-surface temperatures that significantly impacts Atlantic hurricane activity for decades at a time, also remains unclear. Both the UK Met Office (the United Kingdom’s national weather service) and research scientist Phil Klotzbach of Colorado State University have issued predictions for near-normal activity.

Key factors for the 2018 season include a probable neutral state of the El Niño Southern Oscillation (ENSO) and cool sea-surface temperatures (SSTs) for key areas of the Atlantic Basin. In the meantime, SSTs are warmer than average for areas adjacent to the U.S. mainland and western Gulf of Mexico; this warrants some caution for potential development close to the mainland as the season unfolds.

The winter of 2017-18 saw La Niña conditions that have since weakened to a neutral state, according to the NOAA Climate Prediction Center (CPC). Model and statistical guidance indicate a probable shift to an El Niño state by the winter of 2018-19. However, there is some uncertainty for the August-October peak of hurricane season. If a weak El Niño were to develop, the resulting circulation might reduce overall hurricane counts for the Atlantic Basin. However, the CPC indicates that neutral conditions are most probable. All else being equal, this would be associated with normal hurricane activity in the Atlantic Basin.

Observed SSTs have been cooler than average for broad areas of the far-northern and eastern Atlantic and in key areas of the Atlantic tropics and subtropics. Meanwhile, some areas of the western Atlantic and western Gulf of Mexico have been trending warmer than average. The pattern could well change over the coming months, but all else being equal, this indicates the potential for near-normal activity in the basin and potential development of tropical storms or hurricanes close to the mainland. Seasonal outlook providers have variable views on the influence for 2018 hurricane activity.

For context, a metric for long-term SST variability in the Atlantic Basin is the Atlantic Multidecadal Oscillation (AMO) index. This index has been largely positive since 1995, consistent with the general period of elevated hurricane activity that began in 1995. There was some indication prior to 2017 of a possible shift in the AMO and an associated shift to a less-active phase of hurricane activity. However, the Kaplan AMO index, which accounts for SSTs (shown below), and the AMO index of Klotzbach and Gray (2008), which also accounts for pressure, have given conflicting signals. We have also seen some seasonal volatility in the AMO index in recent years. Given this uncertainty and the especially active hurricane season of 2017, the state of transition for the AMO remains unclear.

The basin to landfall ratio for the continental United States is highly volatile on an annual basis, and history reminds us of impactful hurricanes even during quiet years. Hurricane Betsy (1965) rendered severe impacts to the Northern Gulf during a season with only four observed hurricanes in the basin. Meanwhile, the 2010 season was very active with 12 hurricanes in the basin, and not a single landfall for the continental United States occurred. Hurricane landfall is influenced by how close the hurricane is to land and steering currents in play during the hurricane life cycle; neither of these are reliably predictable on long timescales.

Seasonal outlook providers generally predict near-normal hurricane activity for the Atlantic Basin in 2018. Variable SSTs and the potential for hurricane development adjacent to the mainland lend some uncertainty to predictions. Some forecast revisions are possible as we approach the heart of hurricane season, which runs from August to October. History reminds us that impactful landfalls can occur in any season, regardless of basin activity.

James Waller is a research meteorologist with Guy Carpenter Analytics. He is responsible for extreme weather advisory and post-event analysis, and testing and evaluation of catastrophe models. Prior to joining Guy Carpenter, he worked with a team to define tornado-prone regions for the National Building Code of Canada and also reviewed Canadian snow loads.

Carolina Klint Risk Management Leader, Continental Europe at Marsh
URL: https://www.brinknews.com/north-atlantic-hurricane-season-for-2018-near-normal-but-with-uncertainty/
Get ahead in a rapidly changing world. Sign up for our daily newsletter. Subscribe
​​