Out of the Shadows: the Pakistan Problem 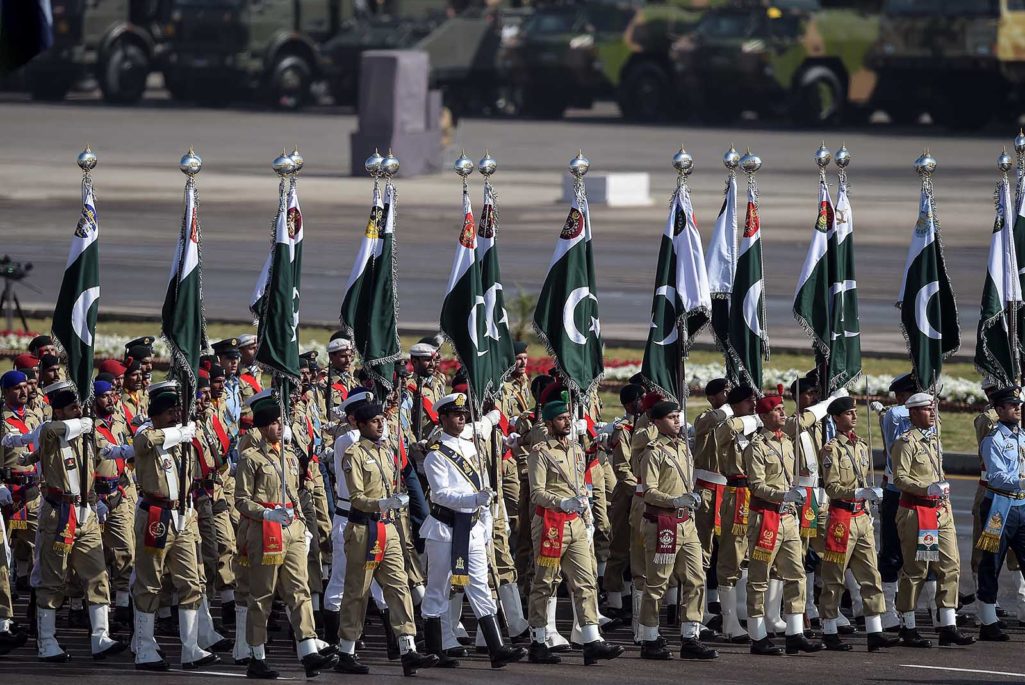 Pakistani soldiers march in formation during a Pakistan Day military parade in Islamabad on March 23, 2017.

Current global attention is distracted by the nuclear brinkmanship unfolding on the Korean peninsula and the farrago of diplomacy, chastisement, coercion and outright threats being bandied around by parties to that potential conflict. But the serious nature of this situation should not divert our attention from evolving security issues in South Asia in light of President Donald Trump’s provocative announcements on Pakistan, combined with enduring issues of entrenched corruption among government figures in that country.

There is cause to be concerned about Pakistan, an erstwhile U.S. ally. Pakistan, like North Korea, has a nuclear capability, as well as a large well-trained military that sponsors terrorist proxies and has a penchant for dominating its democratic governments.

President Trump has put Pakistan on notice to mend its ways. He wants Pakistan to cease and desist from offering safe havens and bolt-holes to the “agents of chaos, violence and terror.” Worryingly for Pakistan, Mr. Trump is encouraging India to do more in Afghanistan. The president’s statements on Pakistan, as well as the finalization of his Afghanistan strategy, have been met with some favor in Afghanistan as well as with the U.S. military.

Mr. Trump’s blunt statements about Pakistan’s lack of effort reining in Pakistan-based terrorists, such as the Taliban-allied Haqqani network, previously mentioned by U.S. and British sources as being a “veritable arm of Pakistan’s Inter-Services Intelligence (ISI) agency” were met with outrage in Pakistan. The Haqqani network is the primary terrorist organization discussed in these statements. Admiral Mike Mullen’s 2011 statement was perhaps the most blunt open-source accusation prior to Mr. Trump’s current statements on Pakistan.

Pakistan Has Distinguished Between ‘Good’ and ‘Bad’ Militants

There is a risk involved in the new American strategy of combining more pressure on Pakistan while also encouraging a greater role for India in Afghanistan. This risk is amplified if Pakistan military leaders believe the U.S. encouragement of India is more than hyperbole and represents an intolerable risk. Since 1947, the elemental security concern for Pakistan has been India, which it suspects of harboring an equally elemental desire to diminish Pakistan. The strategic nightmare for Pakistan’s generals is being squeezed between India on its eastern border, with U.S.-backed Indian support for Afghanistan to the west. Pakistan will not abide or abet an increasing Indian presence in Afghanistan and will turn to its proxies in order to secure some type of parity of influence in Afghanistan. This would mean trouble for the U.S. and its allies in Afghanistan with more and better-trained militants. Apart from the propensity to further destabilize the region with militant groups receiving support from Pakistan’s ISI, another risk is the delegitimization of Pakistan’s ostensible democracy.

Pakistan does not need to provide its army further reasons to elbow aside civil government.

Last year’s dust-up over an article by senior Pakistani journalist Cyril Almeida proved the Pakistan government is nervous of even giving the appearance of criticizing or encroaching on long-established Pakistan military interests.

Pakistan’s government is aware that it will be pushed even more to the sidelines if the military believes they have to assume a more aggressive approach to national security in the face of what they believe to be belligerent American support of India in Pakistan’s Afghan sphere of influence.

The Pakistani democratic tradition has been weak since the foundation of the state and has suffered from an aggressive military believing itself to be the predestined savior of the Pakistani State from internal enemies such as corrupt government officials and external enemies such as India. This democracy suffered a body blow with this year’s dismissal of Prime Minister Nawaz Sharif who, for the second time in his career, had to relinquish his position in the light of corruption allegations.

On this occasion, misdemeanors alleged against Mr. Sharif’s family came to light as a result of the Panama Paper revelations of fortunes being siphoned into overseas property markets via confidential Virgin Island accounts. Despite the revelations, Pakistan’s government displayed remarkable staying power by getting on with the job of ruling the country and experiencing a valuable lesson in resilience on the reality of democracy.

Pakistan does not need to provide its army further reasons to elbow aside civil government and even more forcefully push its security agenda. Neither does the West need to push this nuclear-armed state with a shaky democracy away from dialogue and closer to China.

U.S. favor of India has strategic implications for the West with Pakistan having a long history of trying to link its fortunes to China when it perceives the U.S. has abandoned it. The embrace of Pakistan from China continues with the recent defense material deals and the continuing development of the Pakistan-China economic corridor.

While Pakistan’s record has not been blemish free in regards to a range of security and governance issues, from proliferation to support for terrorist entities, military coups and corrupt governments, the fact is Pakistan remains an important ally that the U.S. returns to over and over again to negotiate with because of its important strategic role linking South Asia with China, Central Asia and the Middle East.

The U.S. has the capacity to bolster Pakistan’s democratic leaders if it can keep them in power and teach them the lessons of democracy. The court decision on Mr. Sharif arising out of the Panama Papers corruption scandal is a positive development. Having such a democracy develop will also prove more fruitful in providing workable links to addressing South Asian terrorism and nuclear proliferation issues.