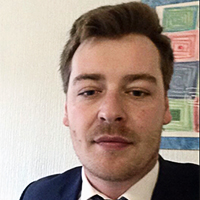 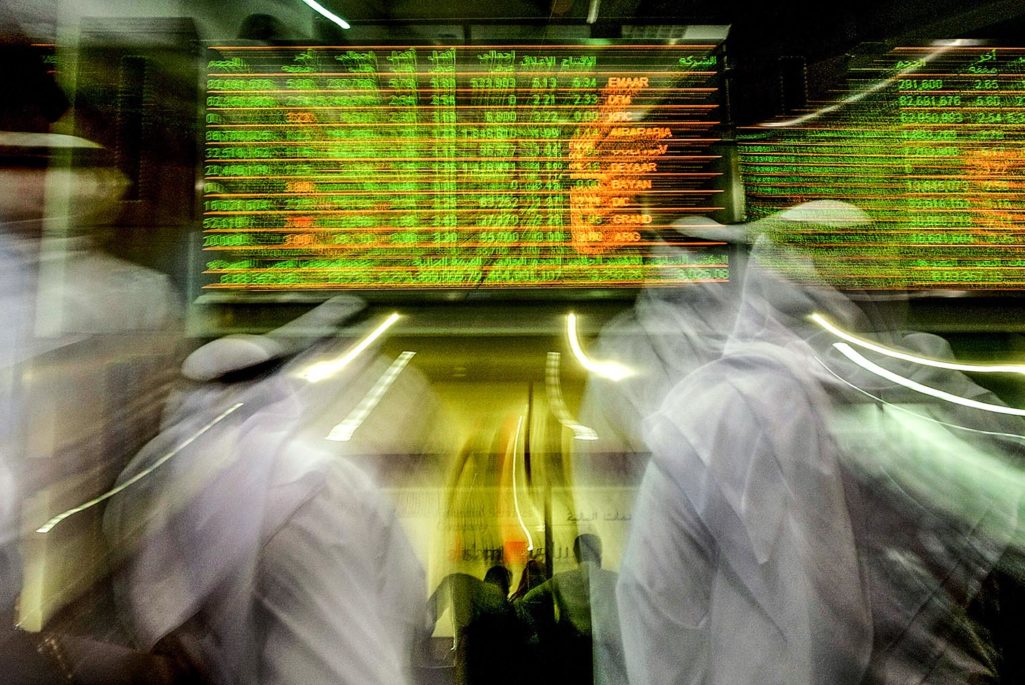 Emirati investors look at monitors showing the prices of stocks at the Dubai Financial Market.

With the precipitous plunge in oil prices, major producers are being pushed to the brink. Gone is the boom that lifted the fortunes of oil producers the world over, from Azerbaijan to Angola, the Gulf to Gabon. Instead, the next few months will provide a stern test for some and a fight for survival for others.

Producers are hoping the fall will be followed by an inexorable rise. It’s precedent, after all; peak oil provides finite supply and growing demand will drive prices upward over time.

Except this time, it might not. The Financial Times recently warned that it is “doubtless there will be price spikes but there are strong reasons to believe that the rules have changed.” Indeed, barring a major geopolitical event, prices are likely to remain relatively low. For petrostates around the world, this portends a perilous future.

2016 is not 2009 or even 1986. To be sure, the current glut does bare some resemblance to that of 30 years ago. This includes a surge in oil from outside the Middle East and OPEC driving down prices to fend off competitors. But there are important differences that suggest a new paradigm is emerging. Shale oil, in particular, is a game-changer.

Whereas the early 1980s saw production surges in Non-OPEC regions such as Mexico and China, shale is a different dilemma. Recent reports suggest U.S. shale has the potential to double from 4 to 8 million barrels per day by 2035. That is, the market could see U.S. shale surpass these predictions.

That may seem insignificant; the International Energy Agency (IEA), for instance, forecasts yearly worldwide demand at around 96 million barrels. But consider this: Some analysts claim even a 5 percent cut in global output—around 4.8 million barrels—would raise prices by 50 to 100 percent.

Just as important is the limited time and money needed to set up shale wells. This provides Washington a flexible lever to balance price shocks. It also weakens Saudi Arabia’s influence as a “swing” producer.

Not surprisingly, traditional exporters have plotted shale’s downfall. Yet efforts by Saudi Arabia and others have largely fallen flat. Many have packed up, sure; thousands of workers have been laid off and a wave of bankruptcies is expected this year. But others have tightened their belts, readjusted their strategies and business plans to be more cost-effective, all in an effort not to concede market share to conventional producers wanting to preserve the status quo.

Jim Burkhard, head of oil research at IHS, claims the cost of completing a shale well fell by almost 40 percent last year. And as technology improves, shale production will only get cheaper; many shale producers are reportedly trying to turn a profit at $50 a barrel in anticipation of a long-awaited rise in prices.

What does this mean for supply? In the short term, the IEA predicts that an extraordinary cutback on oil exploration and investment—worth around $500 billion—will see oil climb to $80 a barrel by 2020 as supply slowly steadies.

In the longer term, however, shale will radically alter the supply side. With shale production far more flexible in terms of money and time than traditional sources, any price recovery will be met by a string of producers coming online. This, in turn, will also act as a cap on prices.

So, with global demand growing at a modest pace (see below), the reintroduction of shale producers—once it becomes profitable again—means high supply vis-à-vis demand. This will guarantee that prices remain relatively low.

The coming shale resurgence will occur just as unprecedented shifts in the energy sector take hold. In December last year, nearly 200 nations agreed to a landmark pact during the COP21 climate talks in order to rein in greenhouse gas emissions. The main pollutants, they said, were coal, gas and oil.

This is key, according to the Intergovernmental Panel on Climate Change: For the world to have even a 50-50 chance of achieving its target goal of 2 degrees Celsius temperature rise, more than two-thirds of the world’s fossil fuel reserves will have to stay in the ground. Similarly, in the lead up to the Paris Climate Summit, the IEA declared oil demand must peak by 2020, gradually declining throughout the next decade.

Leaders around the world now acknowledge nothing short of an epochal transformation can achieve these goals. Whether that happens remains to be seen. But importantly, Paris was the first time ever this level of consensus or cooperation has been achieved.

Moreover, technological changes, including large bets on renewable energy sources and new methods of transportation and heating, should combine to slow demand. The result, says Amy Myers Jaffe, an energy consultant, “is as startling as it is world-changing: Global oil demand will peak within the next two decades.” This might not be 2020, as the IEA has called for, but it suggests the age of oil is coming to an end.

That outcome is not set in stone. Political leaders may backtrack, clean energy investment may stall and emerging market demand could offset the green revolution. More likely, though, is that a structural shift is occurring.

Indeed, the slump in demand for oil, in step with the nascent shale boom in the U.S., indicates that a new oil paradigm has emerged. Peak demand, not peak oil, will be the best indicator of prices in the future. And on this basis, low oil prices look here to stay.

The Fate of the Petrostate?

Petrostates face a foreboding future. With roughly twenty countries dependent on petroleum for at least half of their government revenue—and with many needing oil prices in excess of $50 or $60 a barrel to break even—their political and financial fortunes look bleak.

Financially, most petrostates have utilized currency reserves or made deep cuts already. Some, including Saudi Arabia and Russia, can sell off prized state assets—such as Saudi Aramco—to ease their pain, but others do not have this luxury. In any case, such measures cannot buttress against low prices forever.

These states must clearly diversify, though that route may be tougher than first imagined. For one, there is little precedent of this happening; according to World Bank figures, no country that gets more than 20 percent of its GDP from oil and gas has substantially reduced those resources’ share of their economies in the last three decades. Rather than promoting vibrant economies and producing revenue, their leaders have extracted wealth to build patronage machines and put down unrest.

Furthermore, even if there existed political will, there are strong reasons to believe many would struggle to diversify. Countries such as Nigeria, Angola and Myanmar continue to rank poorly in governance and corruption measures. Others, such as Equatorial Guinea, Chad and Libya, could easily be called fragile states. This will inevitably hamper their ability to diversify; unless these broader challenges are addressed, efforts to differentiate their markets are doomed to fail.

Meanwhile, the political ramifications of low oil are likely to be equally severe.

It is no secret petrostates have survived largely because of their ability to appease citizens through subsidies, remittances and other economic measures. Already, however, low oil prices have seen some, including those in the Gulf, scrap subsidies and raise taxes; this year was the first time Riyadh started taxing its citizens. With little domestic legitimacy keeping these regimes in place, sustained low oil prices—and the painful knock-on effects—could act as a catalyst for political instability and regime change.

This has happened before, in Venezuela and the Soviet Union in the 1980s. And it is happening again, with many predicting that low oil prices will spell the end of Nicolas Maduro’s listless government in Venezuela. Others states may soon follow suit.

While talk of a “Petro-Spring” would appear overblown, the legitimacy and viability of many of these petrostates will inevitably be called into question, especially if they cannot provide basic services for their people. With these events now beginning to play out, the future for these countries looks perilous indeed.

Andrew Manners is a visiting fellow at the Future Directions International and editor at Global Risk Insights. His research and analysis focuses on Sub-Saharan Africa and emerging markets.

Alan Jenn Assistant Professional Researcher at The Institute of Transportation Studies at the University of California, Davis
URL: https://www.brinknews.com/petrostates-face-perilous-future-in-new-oil-paradigm/
Get ahead in a rapidly changing world. Sign up for our daily newsletter. Subscribe
​​