Is This Year One of an Economic ‘Lost Decade’?

Moisés Naím
Fellow at the Carnegie Endowment for International Peace 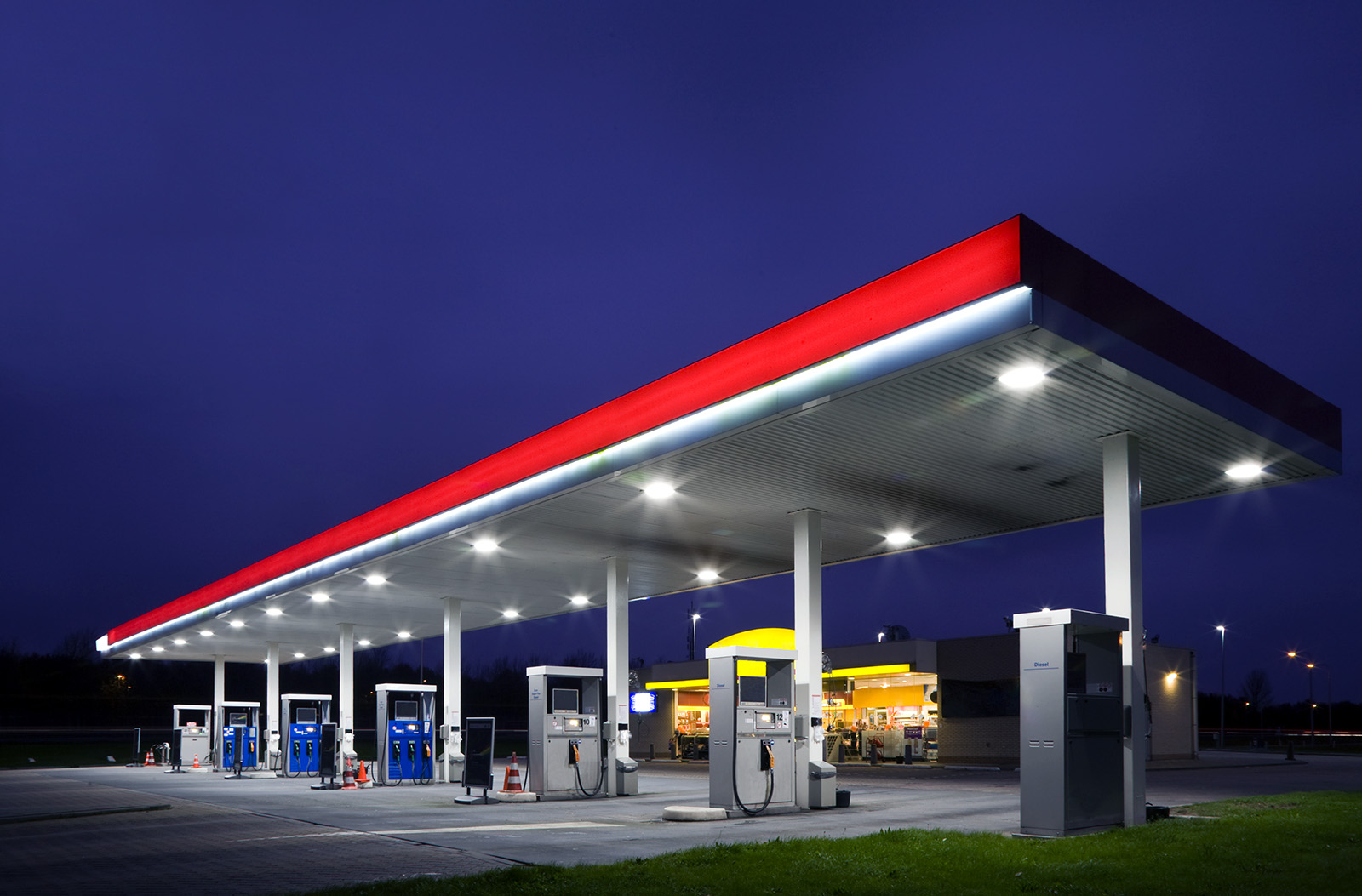 Governmental measures to address coronavirus stopped economies in their tracks in unprecedented ways. For example, no one could anticipate the drop in demand for oil being as significant as it was.

The latest economic data from the IMF suggests that coronavirus and the subsequent lockdowns will cause the global GDP to shrink by at least 3% this year. To get some insight into whether we might expect a quick or long recovery from that, BRINK turned to Moisés Naím, distinguished fellow at the Carnegie Endowment for International Peace, and chief international columnist for El País, Spain’s largest newspaper.

In the early 1990s, Naím was Venezuela’s minister of trade and industry, director of Venezuela’s Central Bank and executive director at the World Bank. BRINK’s executive editor, Tom Carver, began by asking Naím if he thought this crisis was different to anything that the global economy had had to face before.

NAÍM: Of course, this is new, but it’s also early days. We don’t know how it will evolve. If we have a vaccine in six months or so, that’s one outcome. But if it takes a couple of years, or if it becomes a chronic thing in which it becomes seasonal, it’s a completely different ball game.

But I do detect several similarities to previous crises, like 2008 and 9/11. The first is that the reaction to the crisis touched more lives and had more consequences than the event that triggered the crisis. Think about 9/11, which had a bit over 3,000 fatalities. But the reaction to it was far more costly in human lives, economic consequences and geopolitical turmoil. After two decades, the effects of the reactions to the attacks are still with us today.

The second common factor in the big crises of the last half century is an overestimation of their consequences. If you look at the media coverage, opinion columns, TV political discourse and even scholarly seminars and papers during these crises, you find that the common wisdom was that the event was a world-altering game-changer, and that nothing would remain the same. In reality, what happened is that while some important changes did indeed occur and affected parts of the world, none changed the entire world.

And the third commonality is that this crisis generates situations in which what we thought was permanent — institutions, ideologies, political and economic arrangements, business models, habits — ended up being transitional. And what we thought was temporary became permanent.

A good example, an iconic example, of this in this current crisis, is with teleworking. Of course, people working from home had already become a trend before COVID-19 but not in significant ways. Now, most companies and governments will have work from home programs even if the pandemic recedes.

CARVER: One characteristic of this crisis has been a sharp drop in the price of oil. You obviously have enormous experience running a resource economy, from your time in Venezuela. Do you put this price drop in the category of long-term or short-term change?

NAÍM: What no one could anticipate was that the drop in demand for oil was going to be as significant as it was. It was a result of the measures taken by governments to deal with the coronavirus that essentially stopped the economies in their tracks in unprecedented ways.

The conversation and the debates about oil used to be centered on production levels and prices. Now the conversation has shifted to competition for markets, clients and storage facilities. We are far from the days when producers called the shots.

Oil for Low, for Long

This is going to be part of what is going to stay with us, oil for low for long. I’m not suggesting that we’re going to have oil permanently at $25 a barrel; it may go up, may go down, but it’s not going to be near $80 or $90 levels that we have seen. There were even brief moments in which oil prices reached three digits. I don’t see that ever coming back.

I see a lot of stranded assets, meaning oil fields that are not economically viable and, therefore, left underground. I also see a redefinition of the industry, the very telling factoid about what’s going on is that the valuation of Netflix today is higher than that of ExxonMobil.

CARVER: How long do you think it’s going to be possible for governments to continue to support and pay the wages of workers who have lost their jobs and may not have jobs to come back to?

In the short term, we are going to have a combination of political turmoil, economic mediocrity and stagnation caused by COVID-19.

NAÍM: Well, it depends on the country, of course. If the world uses your money, you have a long way to go because you can just print your money. I’m thinking, of course, about the United States.

There are two protagonists of almost all economic crashes that so far have been missing in the current crisis. One is inflation and the other is devaluation. The United States just gave a stimulus equivalent to 14% of GDP. It’s quite amazing and it’s very surprising first how large it was and second how limited its stimulative effect was.

Inflation Is Missing in Action

And yet very few people believe that such a massive monetary expansion in public spending will spur inflation. In the past, that would have been the case. It hasn’t happened. And the second is devaluation of the dollar. Again, we have not seen that.

More broadly, it’s looking increasingly likely that, as Larry Summers has been alerting, we have entered a long period of secular stagnation. Low interest rates are no longer the powerful boosters of investment and consumption that they once were.

CARVER: Do you think this crisis increases the chances of some sort of permanent universal base income having to be introduced?

NAÍM: We have a very large number of countries that, in one way or another, are doling out cash to their populations in different forms. But there’s a lot we still don’t know about this crisis.

We don’t know how fiscally sustainable this is, and there’s plenty that we don’t know about the long-term effect of these instruments. But it’s already happening. It’s happening in many European countries and in emerging markets.

CARVER: What’s your view of the future of the developing world economies? They obviously have additional challenges such as weak infrastructure, weak social safety nets and so forth.

NAÍM: Unfortunately, it is a dire perspective. These emerging markets largely depend on the export of raw materials and minerals, hydrocarbons, agricultural products, commodities in general. The prices of all of these commodities have been down and will stay down until the world’s economy vigorously recovers steam.

The Coming of a Lost Decade?

Many of these countries also depend quite significantly on remittances of their citizens living abroad and sending money back to the families. Remittances will be down by about 20%, according to the World Bank this year. Credit and foreign investment flows along with tourism are all sharply down. Capital is fleeing, inflation is up and devaluations are common, large and, of course, very damaging.

So there are some economists predicting that this could be year one of a lost decade for the emerging markets. In the eighties, you may recall, as a result of the debt crisis, there was a lost decade, at least for Latin America, in which economies were stagnating and social policies had to be curtailed. It created a lot of human suffering and political repercussions.

Let’s hope we can avoid it this time, but surely the signals are not good.

CARVER: That’s a depressing thought. With all the years of experience you have, do you feel optimistic or fundamentally pessimistic about what is going to happen over the next few years, both economically and politically?

NAÍM: If you take the long view, you’re always optimistic. Eventually humanity solves significant problems and, in the end, things end up well for some, though not for everyone. But in the short term, we are going to have a combination of political turmoil, economic mediocrity and stagnation. That is going to nurture a highly turbulent environment.

Fellow at the Carnegie Endowment for International Peace @moisesnaim

Moisés Naím is a distinguished fellow at the Carnegie Endowment for International Peace and an internationally syndicated columnist. He was the editor in chief of Foreign Policy magazine from 1996 to 2010 and the author of bestsellers like Illicit and The End of Power. He is on Twitter at @moisesnaim.

D. Brian Blank Assistant Professor of Finance at Mississippi State University Rodney Ramcharan Professor of Finance and Business Economics at the University of Southern California
URL: https://www.brinknews.com/political-turmoil-and-economic-stagnation-is-this-what-the-next-decade-will-look-like-recession-political-instability/
Get ahead in a rapidly changing world. Sign up for our daily newsletter. Subscribe
​​