America Has the Most Extreme Income Inequality Among G-7 Peers 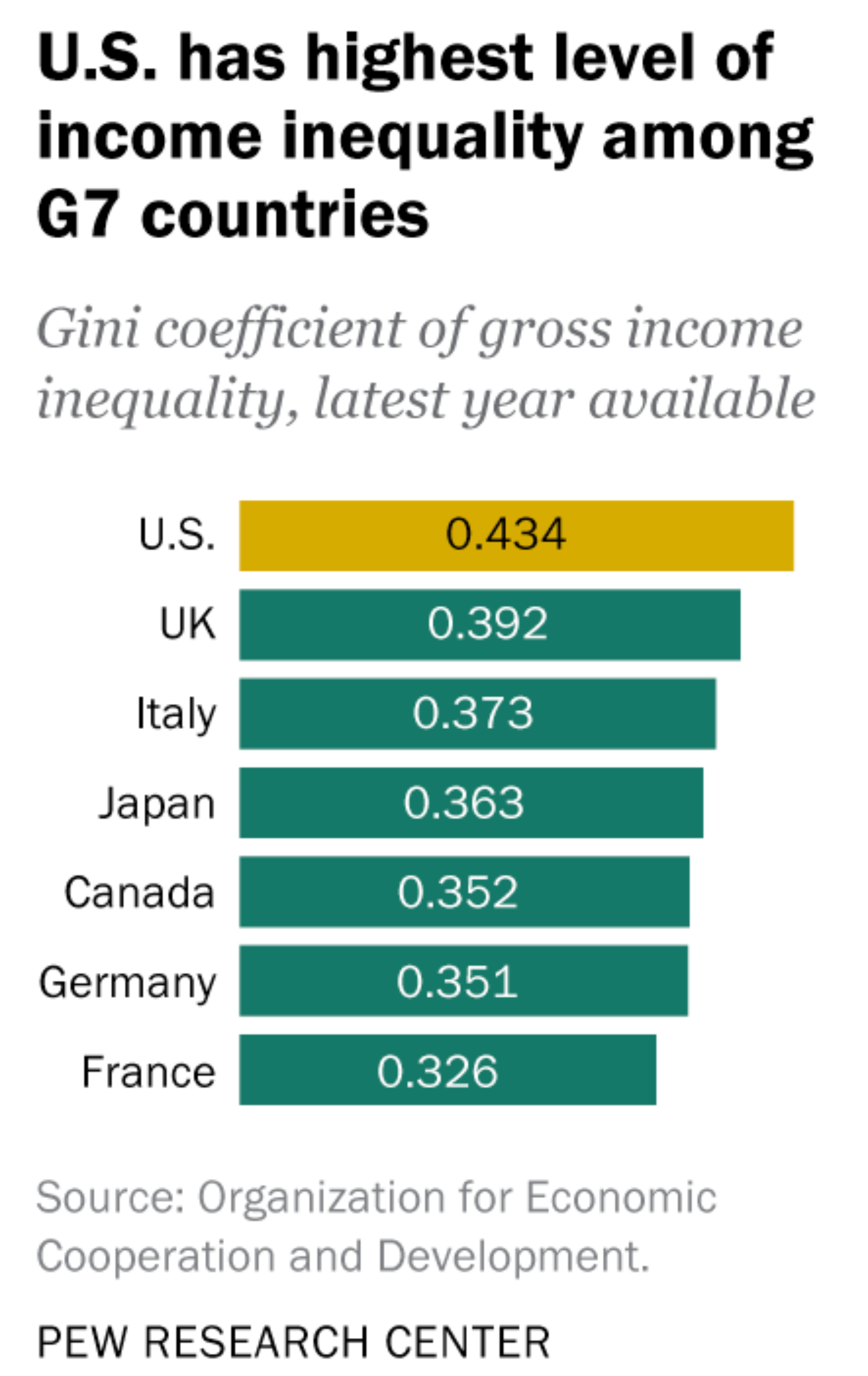 Income inequality in the U.S. outranks all other G-7 countries, according to the Pew Research Center.

The Gini coefficient, the measurement tool used by the OECD to discern equality, operates on a scale of 0, complete equality, to 1, complete inequality. “Globally, the Gini ranges from lows of about 0.25 in some Eastern European countries to highs of 0.5 to 0.6 in countries in southern Africa,” says Pew.

In the U.S., the top 20% of earners made more than half of all income in 2018. And alarmingly, Pew says, the highest earners are the only group to have increased their wealth following the Great Recession.

Income inequality has been the subject of public outcry and countless protests across the world over the past year, in particular. “We’re going to see people in increasing numbers dropping out of our mainstream drive for economic success. [Income inequality is] leading to large, loud political cries for completely upending our capitalist system.” says University of Maryland economist Melissa Kearney. 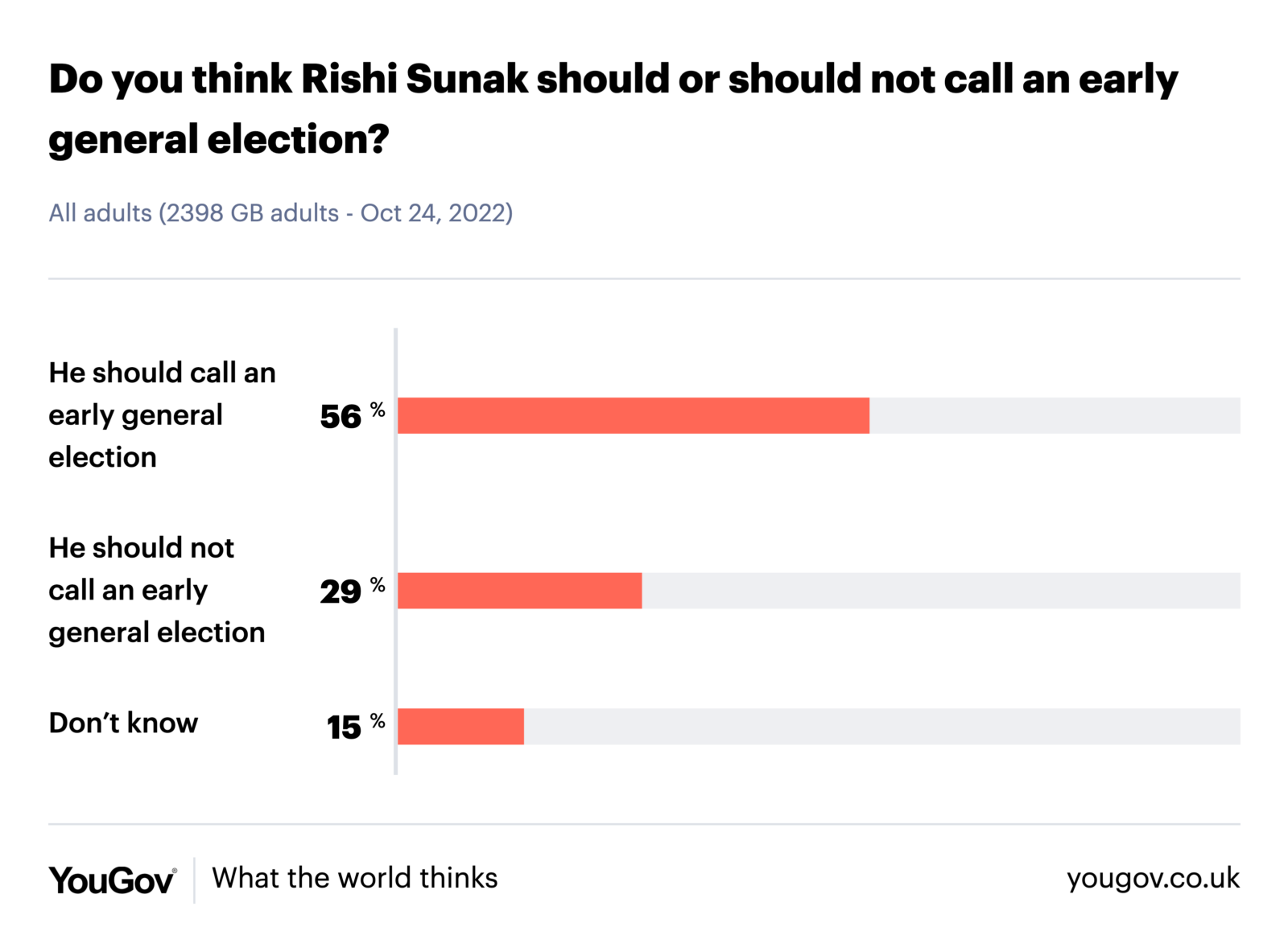 According to a new survey by YouGov, more than half of British adults think that new Prime Minister Rishi Sunak should call an early general election, rather than waiting until one is legally required. The poll, sampling opinions of 2,398 adults, shows near unanimous majorities in favor of calling an election across region and gender. The only surveyed demographic that did not fully align was age: 60% of those aged 18-24 and 66% of those aged 25-49 preferred calls for an early election; 50% of adults over 65 disagreed.

In his first public remarks as prime minister, Sunak reiterated that he would focus on stability and unity for the country. However, the BBC reports that the new prime minister told his party’s ministers behind closed doors that he had “ruled out” calling for an early general election, despite strong demands from the opposition Labour Party.

The next general election must be called by January 2025 as the last one was held in ​​2019, which Boris Johnson and the Conservative Party won in a landslide, garnering the greatest share of popular vote of any party in a general election since 1979. Current polling shows that has flipped — some polls now show the largest public preference for Labour in a quarter-century. 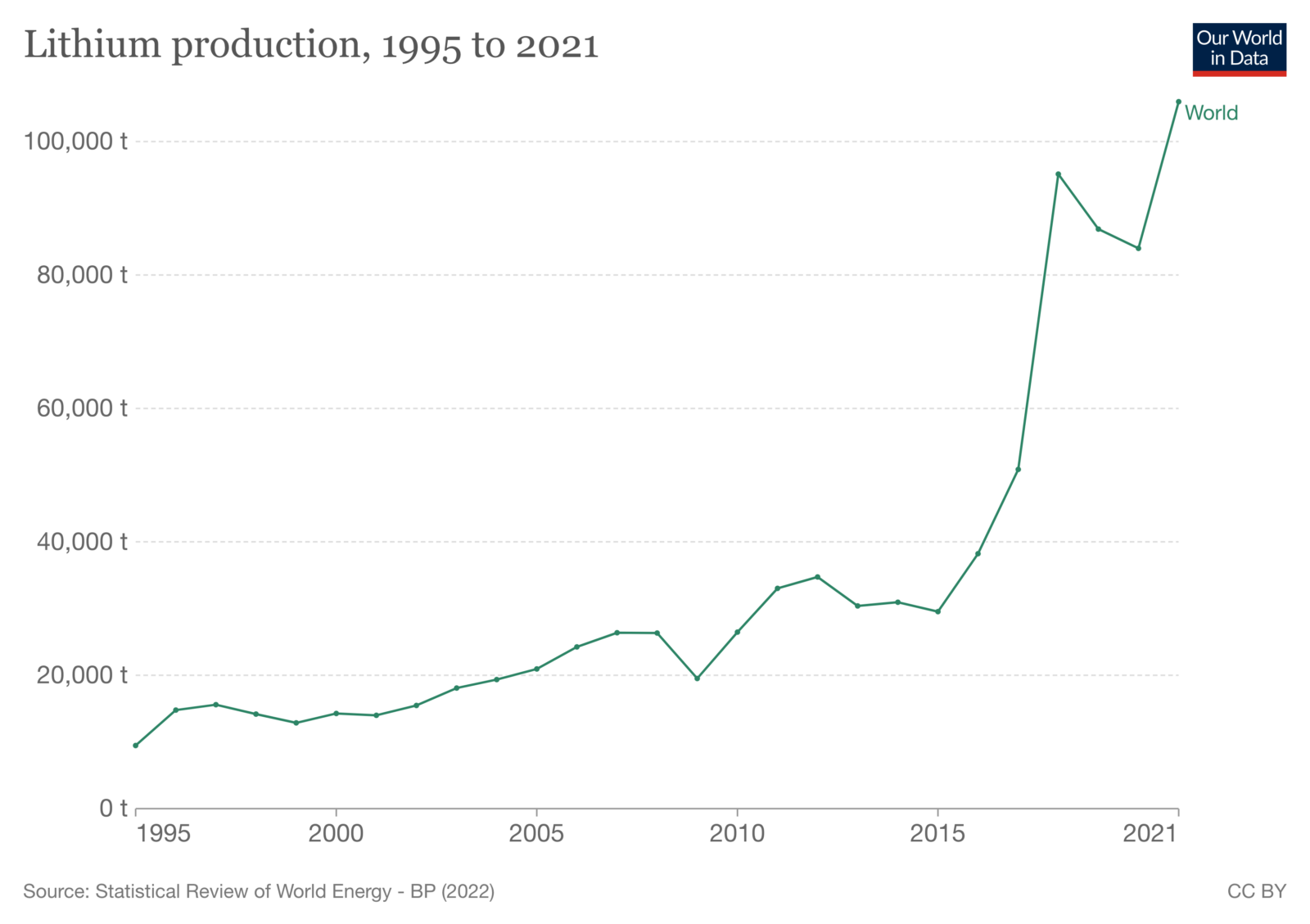 A combination of energy shortages, new electric vehicle incentives and action toward governmental climate adaptation goals has created a “white gold rush” for lithium. Global mining efforts for the metal have tripled since 2015 as global demand is expected to rise to three to four million metric tons by 2030.

Currently, only five countries — Argentina, Chile, Bolivia, Australia and China — are responsible for nine-tenths of the world’s extraction of lithium. However, more nations and coalitions are aiming to hop on the train in order to meet the increasing need for the alkali metal, particularly in Europe. Businesses in Portugal, Germany, Austria and Finland are increasingly investing in conventional extraction operations, while France is touting the innovation of “green lithium,” which is produced from geothermal sources.

The expansion of lithium mining is critical for both the expanded production and controlled pricing of batteries in more sustainable consumer products. The cost of lithium-ion batteries dropped 88% over the past decade, though experts fear that shortages of raw materials could cause costs to spike over 20% in the next few years. 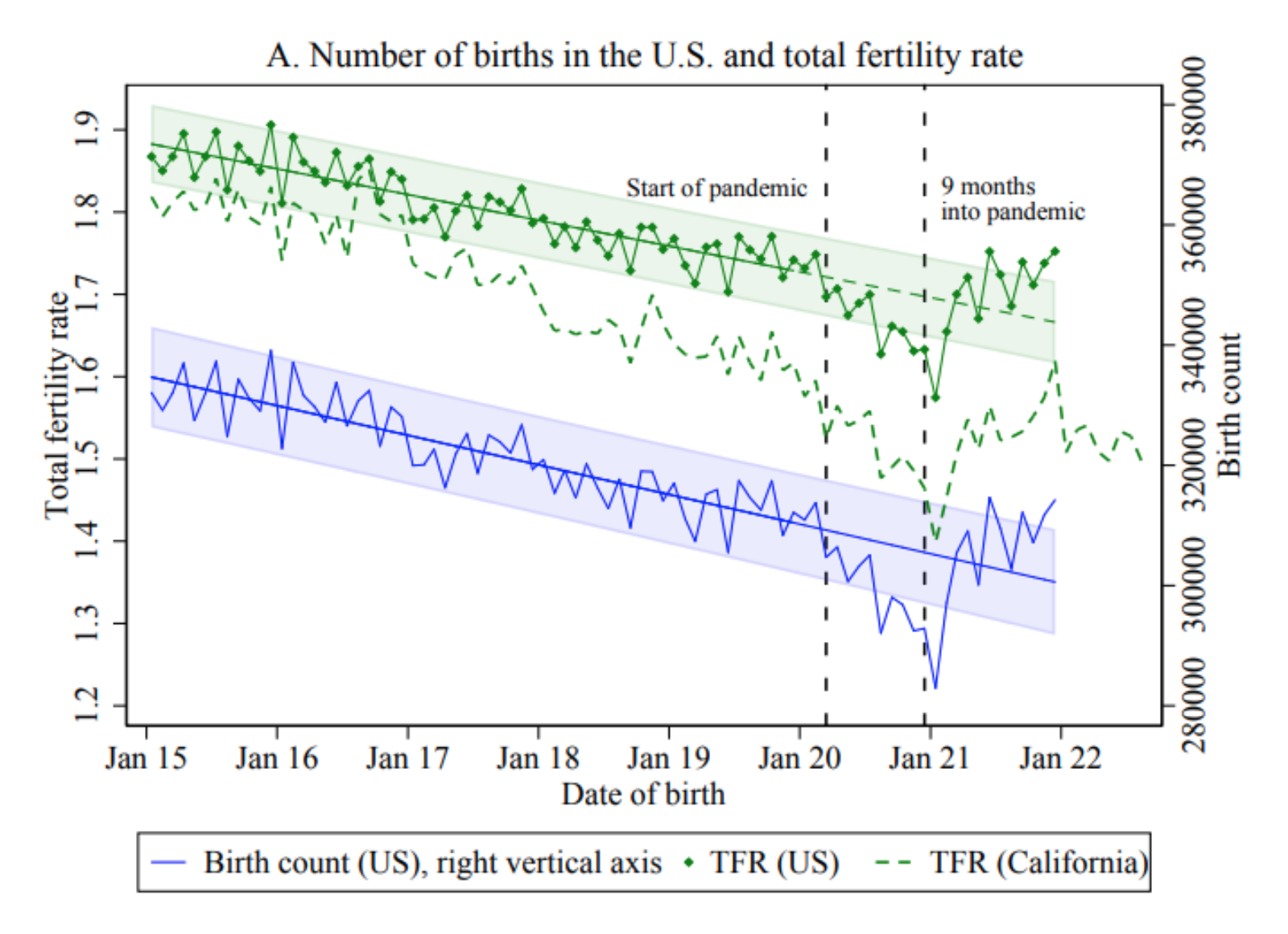 Despite strong predictions that the COVID-19 pandemic would lead to a “baby bust,” new data demonstrates a more optimistic outlook. A new report from the National Bureau of Economic Research notes that an increase in births in 2021 represents “the first major reversal in declining U.S. fertility rates since 2007.”

During the first year of the pandemic in 2020, official data showed U.S. births declining by 4%, hitting their lowest level since 1979. Combined with the impact of travel lockdowns on foreign-born mothers — who accounted for 23% of U.S. births in 2019 — researchers anticipated that as many as half a million fewer babies would be born in the U.S. as a result of the pandemic. However, U.S.-born mothers — particularly those aged 25 and younger and college-educated women aged 30-34 — ended up raising the total fertility rate for 2021 by 6.2% over the pre-pandemic trend.

Such findings, while they are focused on the United States, are heartening short-term news for social scientists who have spent most of this year projecting that the global population will peak later this century. A rebound in fertility rates may potentially have a positive effect on connected social metrics such as school enrollment, labor force participation and entitlement viability.

Are All Countries Representing Their GDPs Accurately? 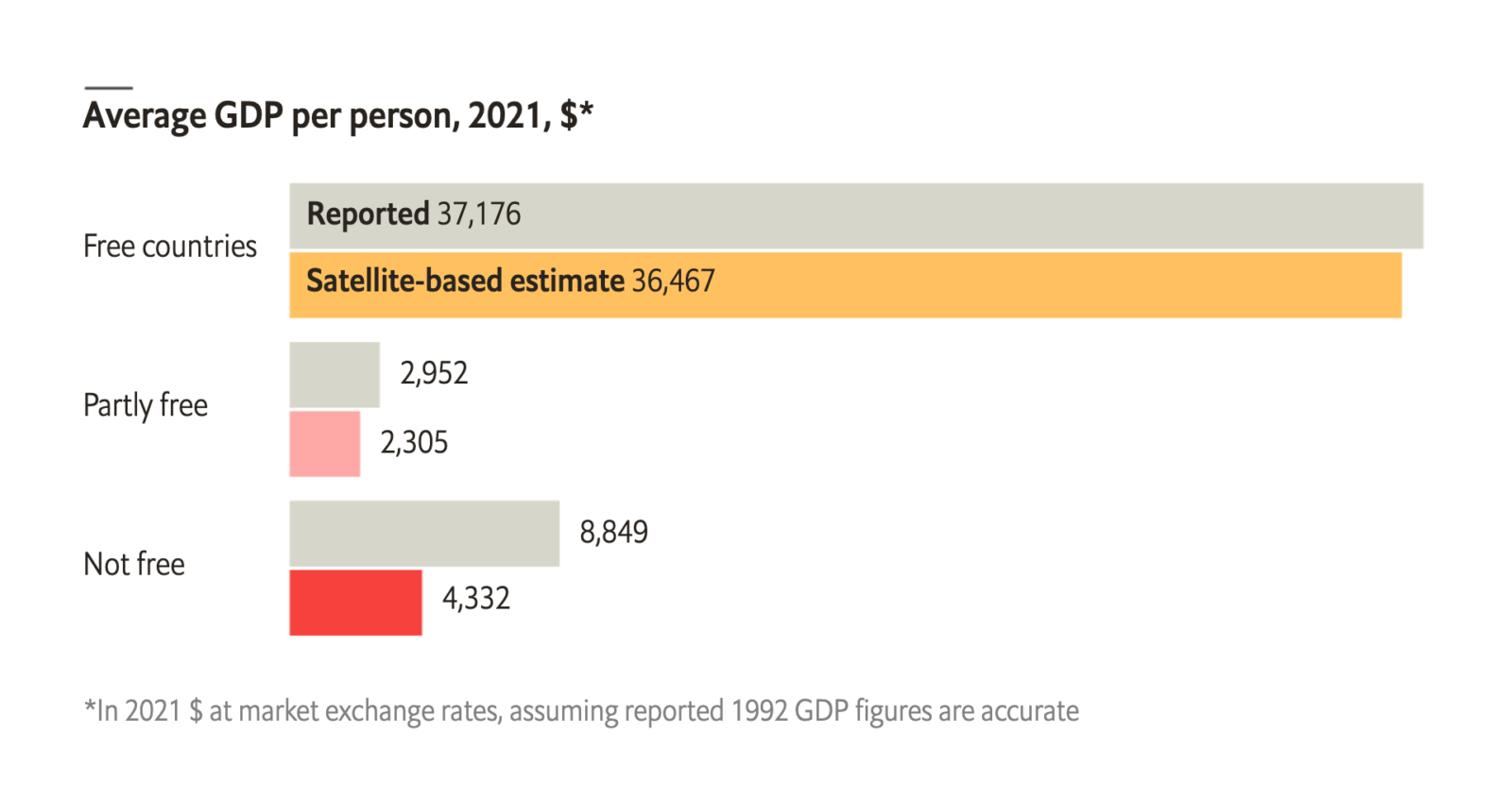 The economies of non-democratic countries have been growing twice as fast as countries with democracies, according to official gross domestic product figures, since 2002. But new research using satellite imagery reveals that non-democratic regimes exaggerate annual GDP growth by approximately 35%.

Assistant professor Luis Martinez, from the University of Chicago, used satellite imagery to determine the brightness of a country’s lights at night, which strongly correlates with economic activity. In growing economies, more areas are lit up over time, whereas regions of conflict are darker, according to the IMF. Martinez found that even with the same amount of night-time light growth, autocracies reported higher GDP than democracies.

On average, autocratic countries reported GDP growth of 147%. But satellite data puts that GDP growth closer to 76%. Further research shows that differences between reported numbers and satellite data were more prevalent in more-easily manipulated figures like investment and government spending.

Only five democratic countries appeared on the list of the 20-fastest growing economies between 1992 and 2013, according to official numbers.

“If we rely only on the self-reported data, we’d conclude that autocracies are dramatically outperforming democracies economically,” said Martinez in an interview. “But when you adjust the data based on my model, you get a much more nuanced picture: Democratic countries actually account for 10 of the 20 fastest-growing economies.”