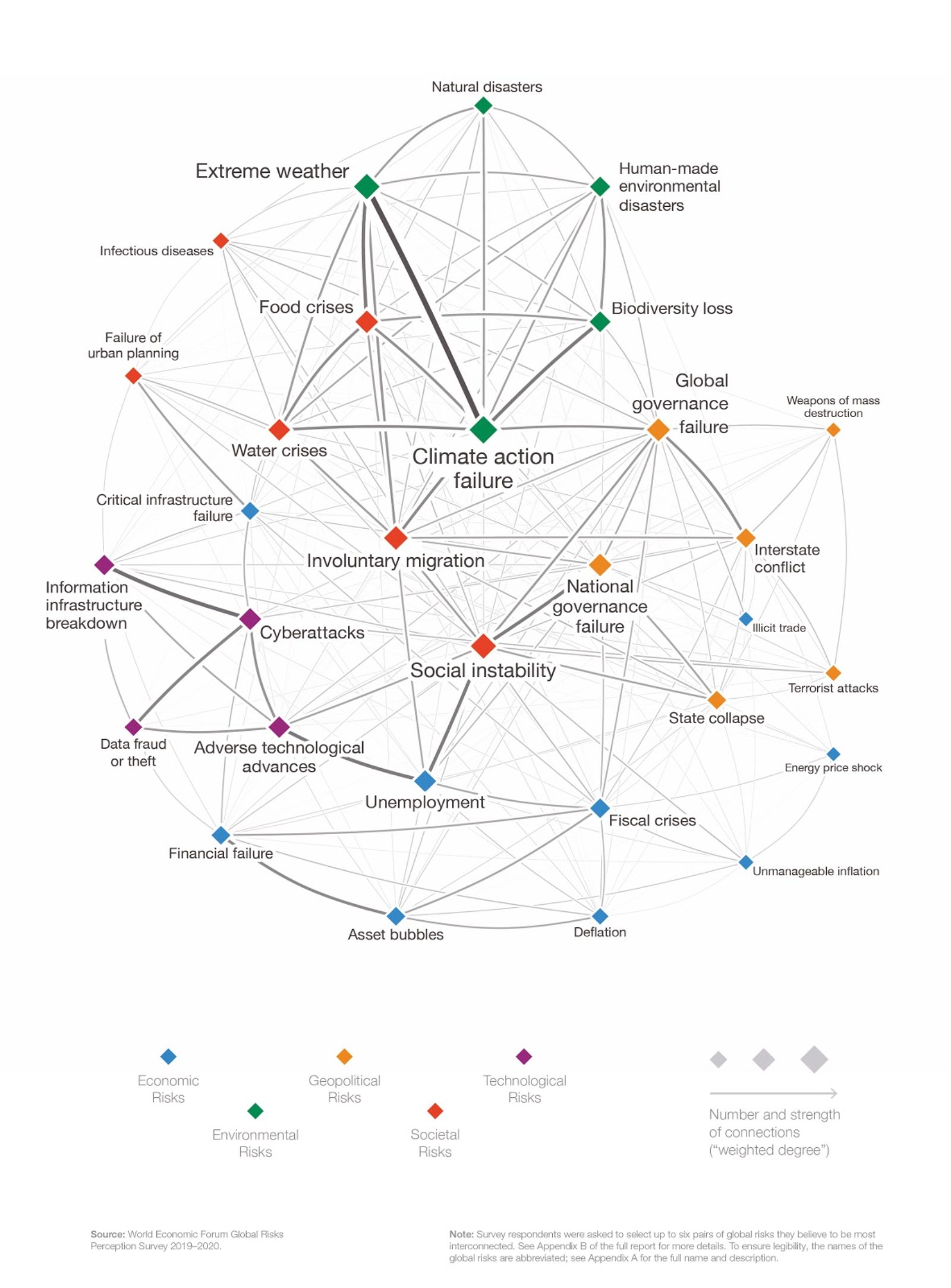 Failure to effectively tackle climate change is raising alarm bells among macro-level risk experts. Respondents to the Global Risks Perception Survey, published by the World Economic Forum in its annual Global Risks Report, identified climate inaction as the leading global risk, as illustrated in the above interconnections map.

Climate change is seen as having a causal effect on other global challenges, such as involuntary migration, as more than “20 million people a year have been forced from their homes by extreme weather such as floods, storms, wildfires and hotter temperatures,” according to the report.

The climate crisis has also strained geopolitical dynamics across the world — for example, melting Arctic ice is causing “tension between countries already at odds over unresolved maritime and land boundaries,” the report says.

Further, climate change is triggering biodiversity loss at an alarming rate, intensifying health risks: The report notes “an estimated 50,000–70,000 plant species are harvested for traditional or modern medicine, and around 50% of modern drugs were developed from natural products.”

“Nature-related risks are undervalued in business decision-making,” it says, as “the destruction of nature will inevitably impact bottom lines.” 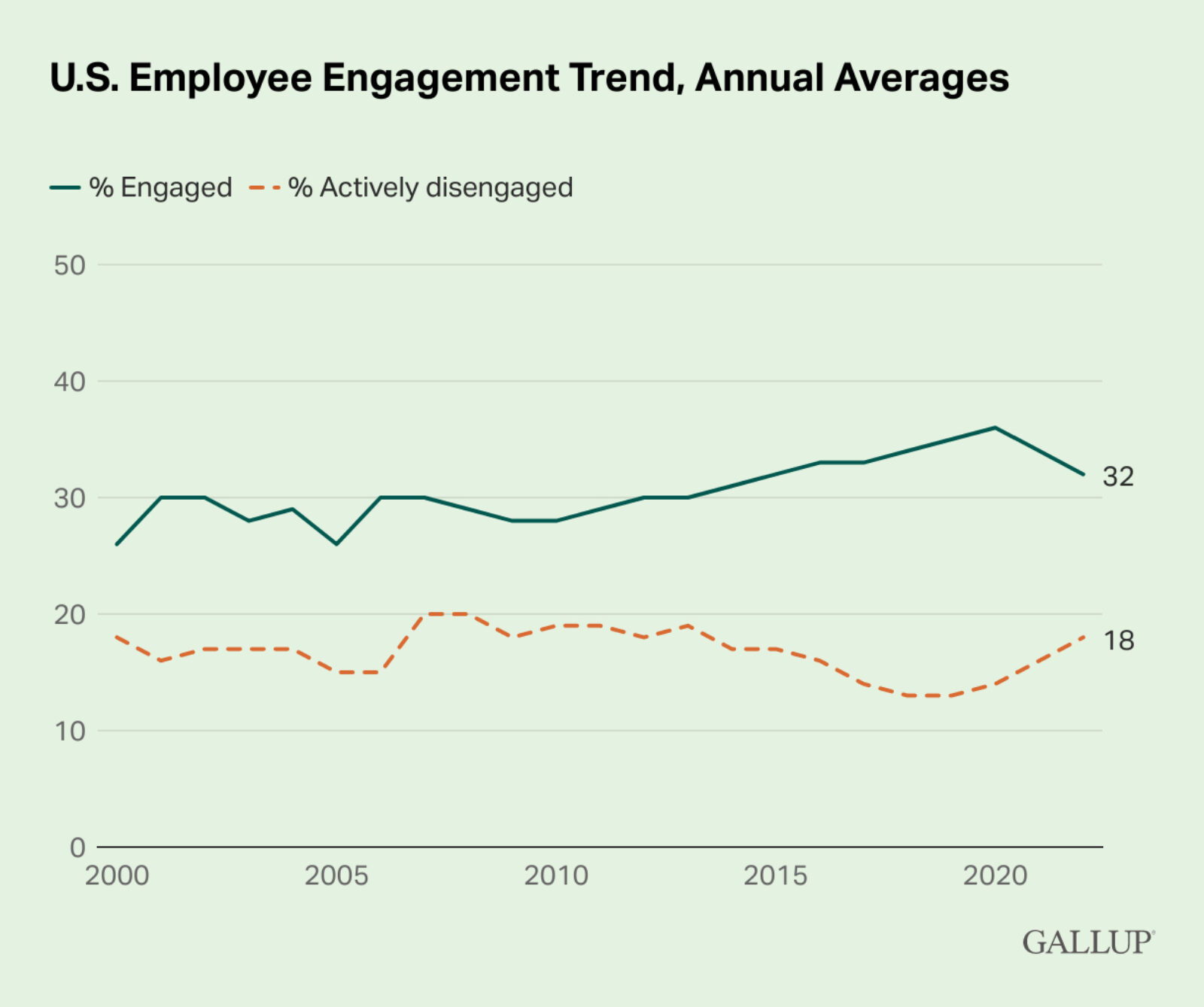 A barrage of headlines in recent years containing phrases such as “quiet quitting” and “Zoom fatigue” may have put a clever name to the feelings employees were experiencing at work. A recent study by Gallup provides some concrete numbers that may explain why words such as these can carry weight.

Gallup measures engagement by asking respondents about how well their organizations respond to various needs, which include: having clear expectations, feeling heard and included, feeling supported in growth and development, and even cultivating friendships at work.

Since 2019, these engagement elements have declined the most:

Researchers advise that, above all, leaders clearly communicate their expectations for employees. A lack of clarity can lead to workers feeling confused and unsure of how to achieve their goals and possibly disappointment come review time because of this misalignment.

GDP Growth, Low Unemployment Belies a Growing Food Insecurity Problem in the US 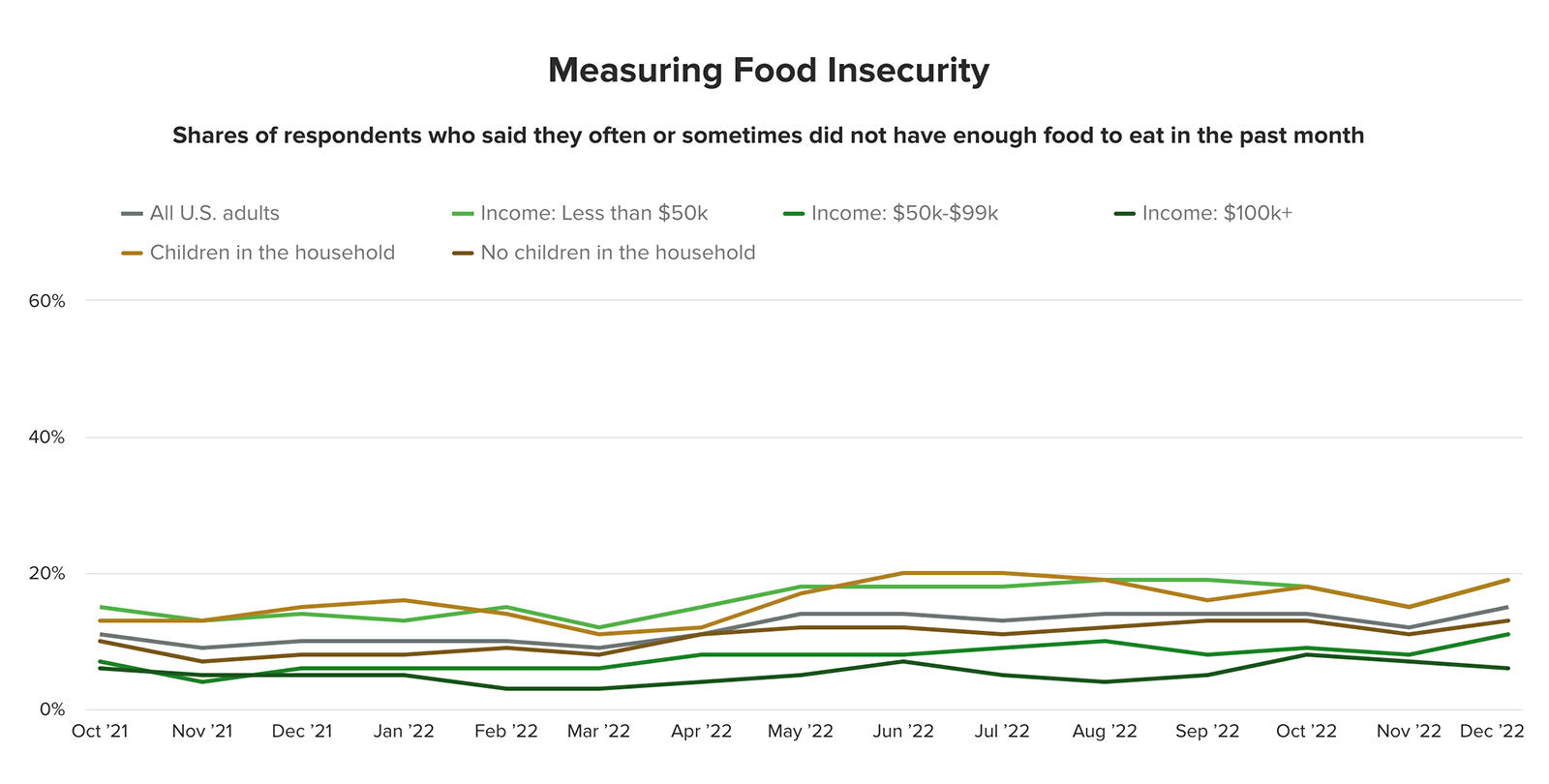 With the latest GDP report showing a second consecutive quarter of growth in the U.S., and with inflation gently slowing, concerns for an imminent recession may be pushed further into the future.

But while some of these figures, including a continuing strong labor market, show positive signs for the economy, many still feel the pain when it comes to purchasing basic necessities.

A recent survey from Morning Consult shows that a growing share of Americans experienced food insecurity in the past year. In December 2022, 15% of U.S. adults said they “often or sometimes did not have enough food to eat,” compared with 10% in December 2021. The authors said this accounts for a “notable rise after a year of persistent price increases.”

Globally, over 770 million people were undernourished in 2021, according to the most recent data from the U.N.’s Food and Agriculture Organization (FAO). Last year, food prices rose to record levels as the Russian invasion of Ukraine destabilized supply chains, as measured by the FAO Food Price Index. 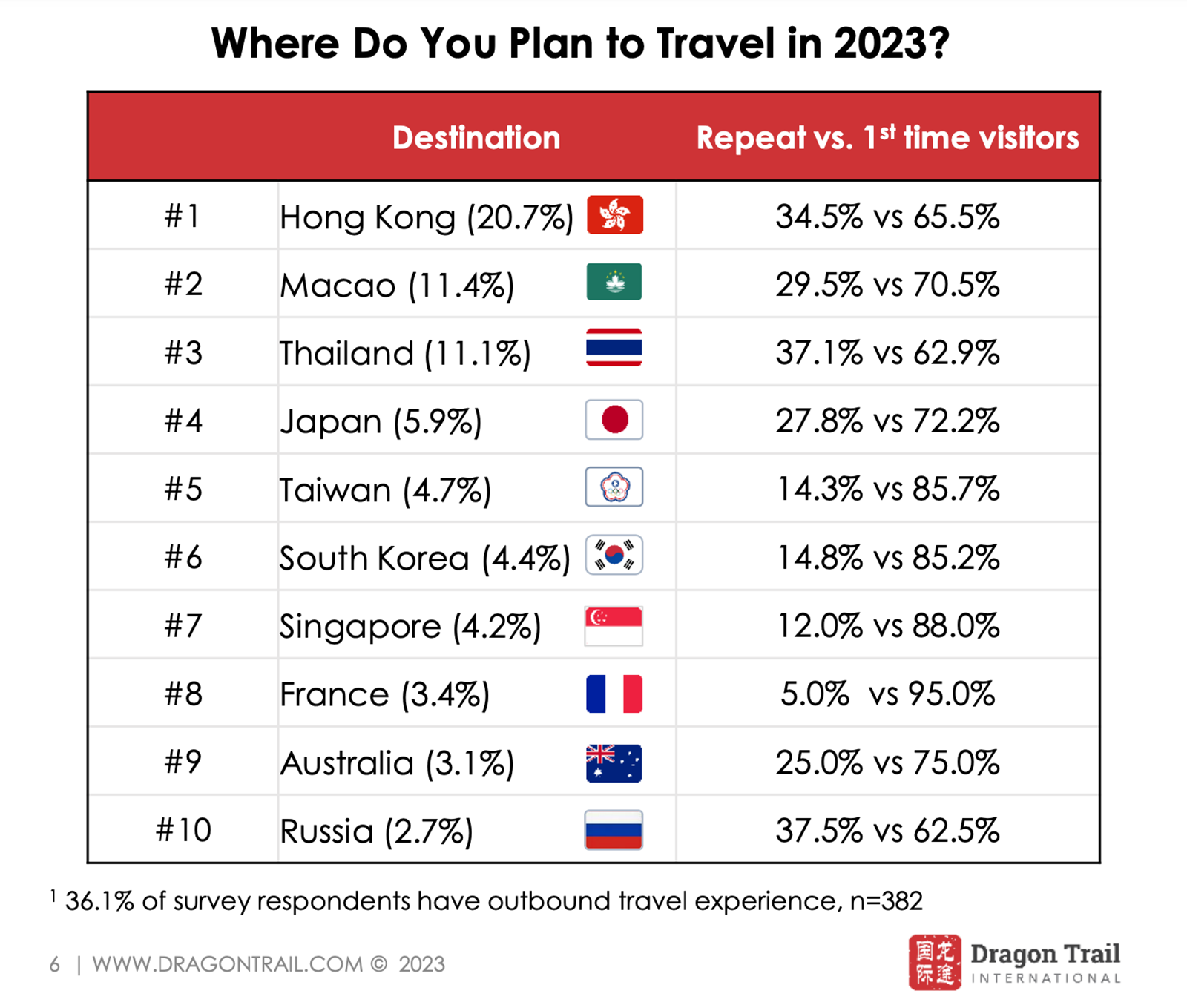 The day after China announced it was lifting its travel ban, outbound flight bookings increased 254% overnight, according to the Chinese travel company Trip.com. After nearly three years of COVID restrictions and lockdowns, eager Chinese tourists are ready to dust off their travel documents again.

A new survey of would-be travelers in Mainland China reveals that nearly 60% want to travel outbound in 2023, while 40% would either stay home or travel domestically, according to the research firm Dragon Trail International.

The top seven destinations outside of Mainland China that tourists plan to visit are in Asia, with Hong Kong, Macao and Thailand leading the top three spots. At No. 7, France was the top destination in Europe, with Australia and Russia rounding out the top 10.

Although some experts note that rising inflation and interest rates may curb demand for travel in 2023, hospitality operators should prepare for an uptick in these new travelers later this year. Survey respondents said they are planning a return to tourism in late summer (42%) and mid-autumn, around China’s national Golden Week holiday (32%). 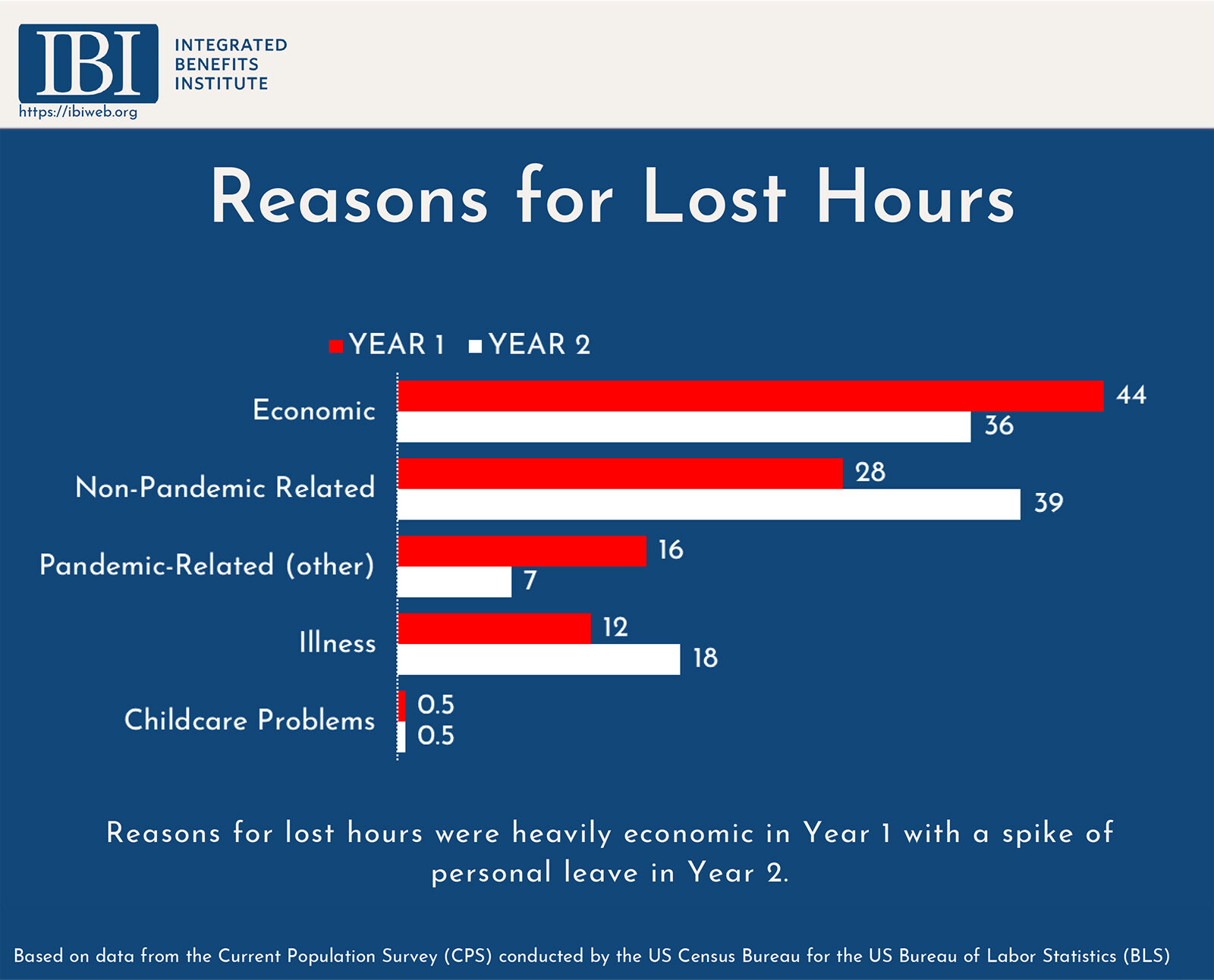