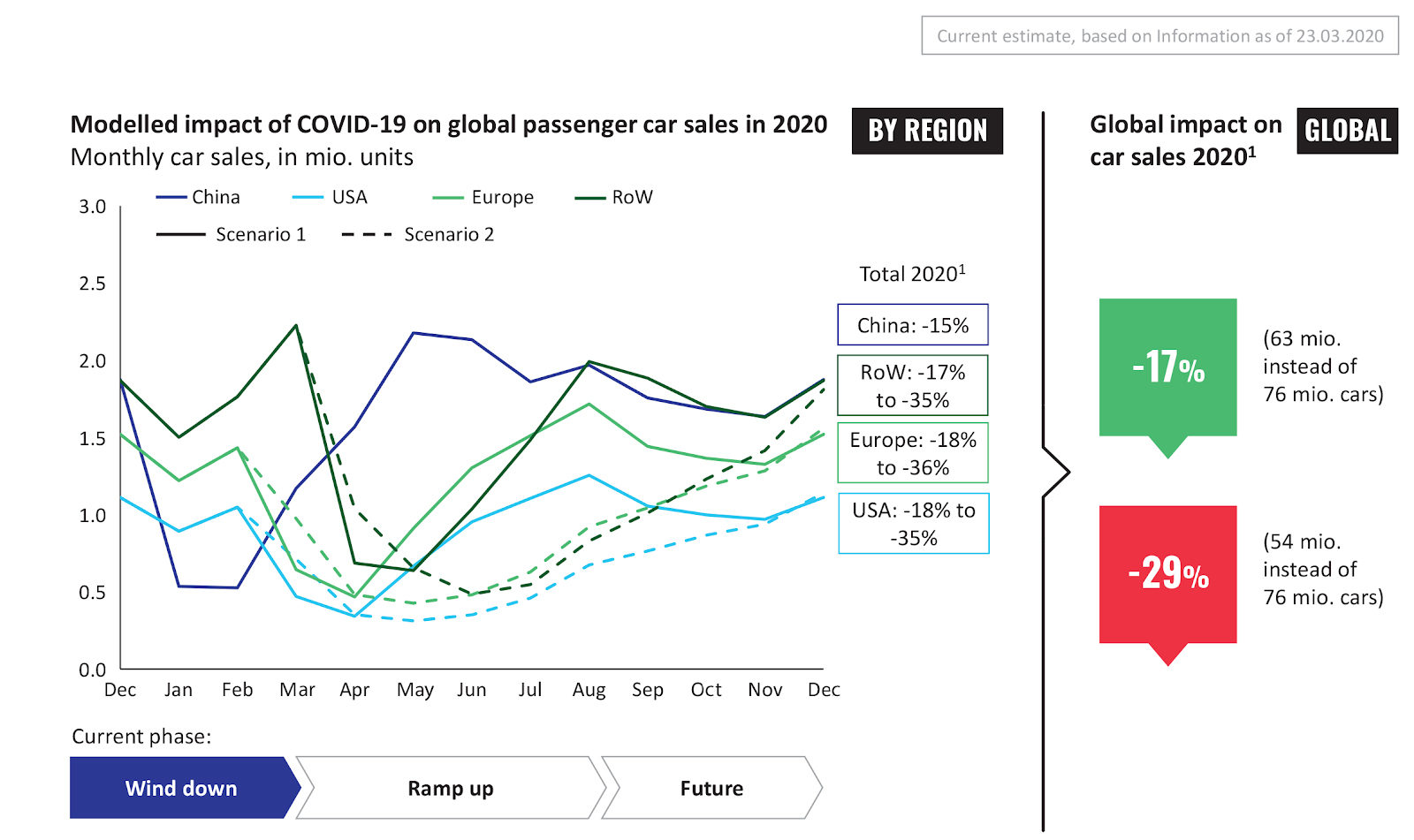 Global car sales will drop between 15-30% in 2020, as the automobile industry grapples with the economic fallout from the coronavirus.

Car manufacturers in the U.S. and Europe have temporarily suspended production due to the pandemic, and with social distancing measures likely to remain in place until summer, sales are unlikely to rebound anytime soon. Consumers have already indicated they’re holding off on big purchases, such as vehicles, until the coronavirus threat subsides.

The double-digit drop in global car sales comes as the world enters a recession due to the coronavirus, with deep economic pain ahead before any expected recovery. The paralysis in consumer spending caused by stay-at-home measures has effectively ground the global economy to a halt. Automakers haven’t received the financial support from Congress they were seeking, but according to The Detroit News, they “will be able to qualify for loans that can become grants if they demonstrate they used the money for operations expenses.”

Foreign Aid Is at a Record Peak, But Is It Enough? 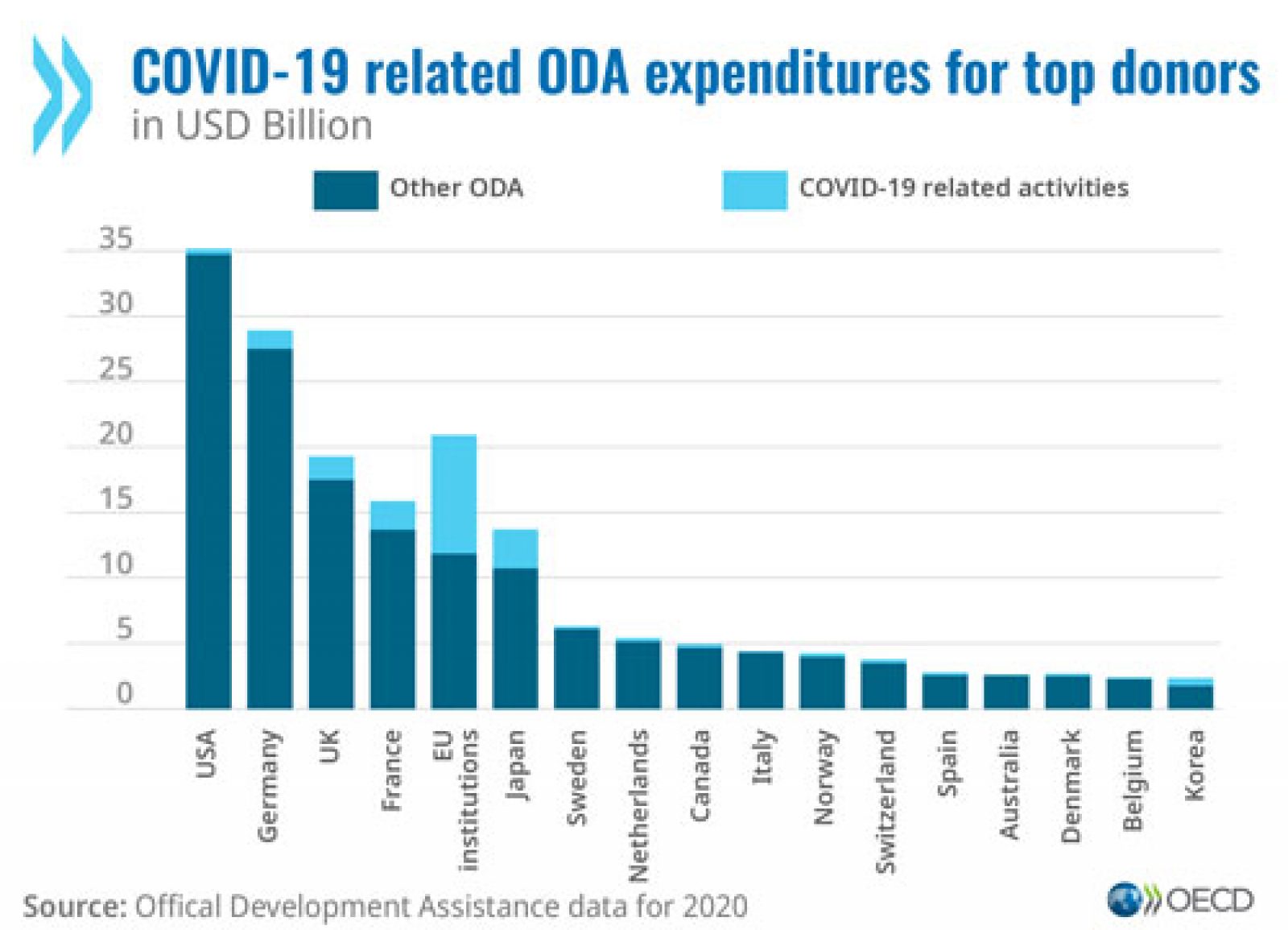 Foreign aid rose to an all-time high of $161.2 billion last year, a 3.5% increase from 2019. In many cases, larger economies directed these funds to countries in need of significant help to respond to the short-term impacts from the COVID-19 pandemic, according to the OECD.

An OECD survey shows that the foreign aid supported health systems, humanitarian aid and food security. However, OECD Secretary-General Angel Gurría added that there will need to be “a much greater effort to help developing countries with vaccine distribution … to build a truly global recovery.”

Internationally, governments approved $16 trillion worth of COVID-19 stimulus measures, but only 1% was used to help developing countries handle the virus. Trade, foreign direct investment and remittances in developing countries have also declined as a result of the pandemic, intensifying their need for support. 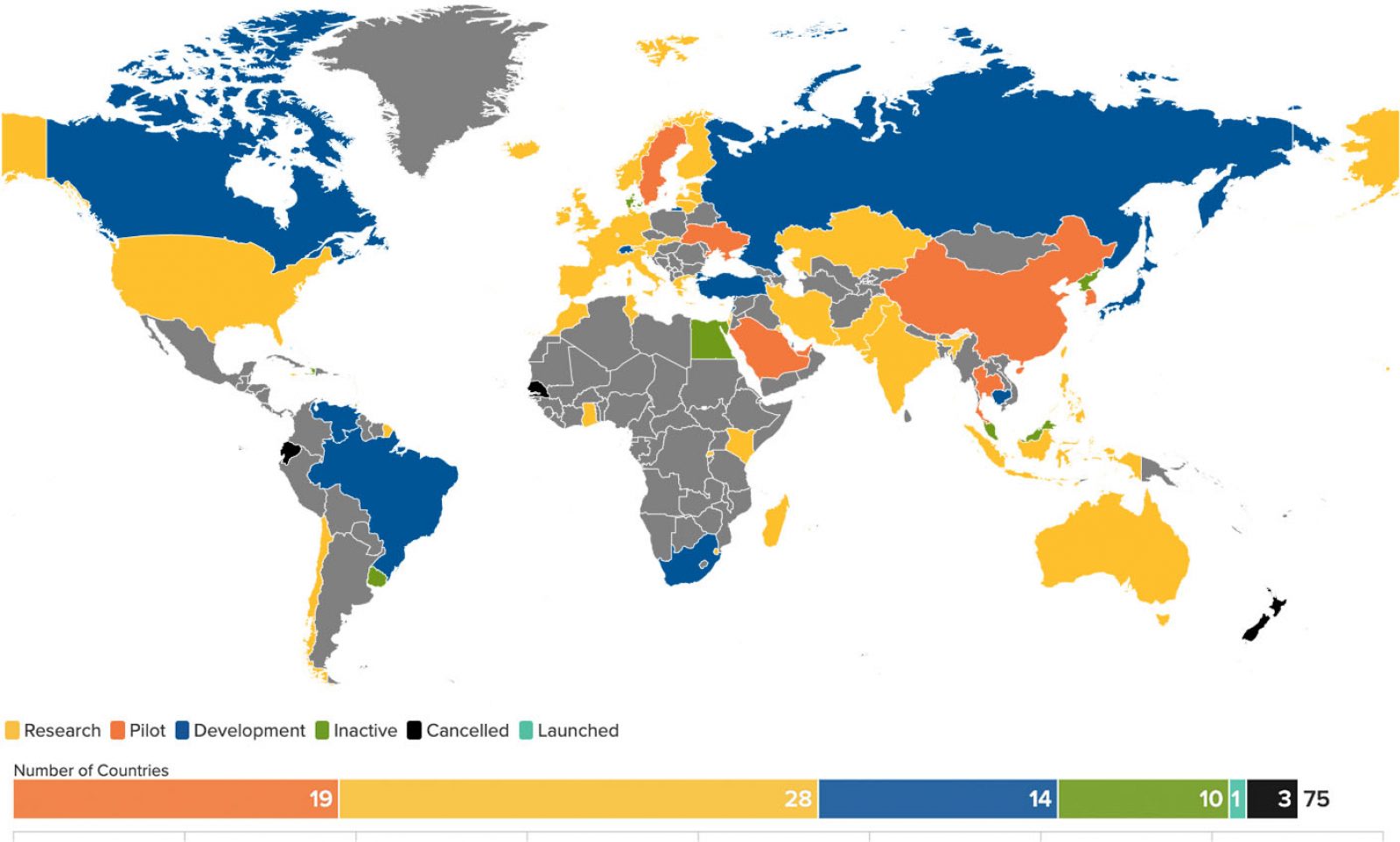 Nineteen countries have started to test a central bank digital currency (CBDC) on a small-scale with a limited number of participants. The Atlantic Council defines CBDC as “the digital form of a country’s fiat currency that is also a claim on the central bank.”

As of today, the People’s Bank of China (PBOC) and the European Central Bank (ECB) are prominent players in the digital currency realm. The United States currently lags behind in the research phase, yet the Federal Reserve has expressed continued interest in the digital dollar.

As digital currencies expand globally, there are challenges ahead — the legal, political and regulatory properties of CBDCs remain unclear. But the IMF notes that there are also multiple benefits to having government involvement in digital currencies, including lower cash transfer costs, greater accessibility to banking services and easier implementation of monetary policies. 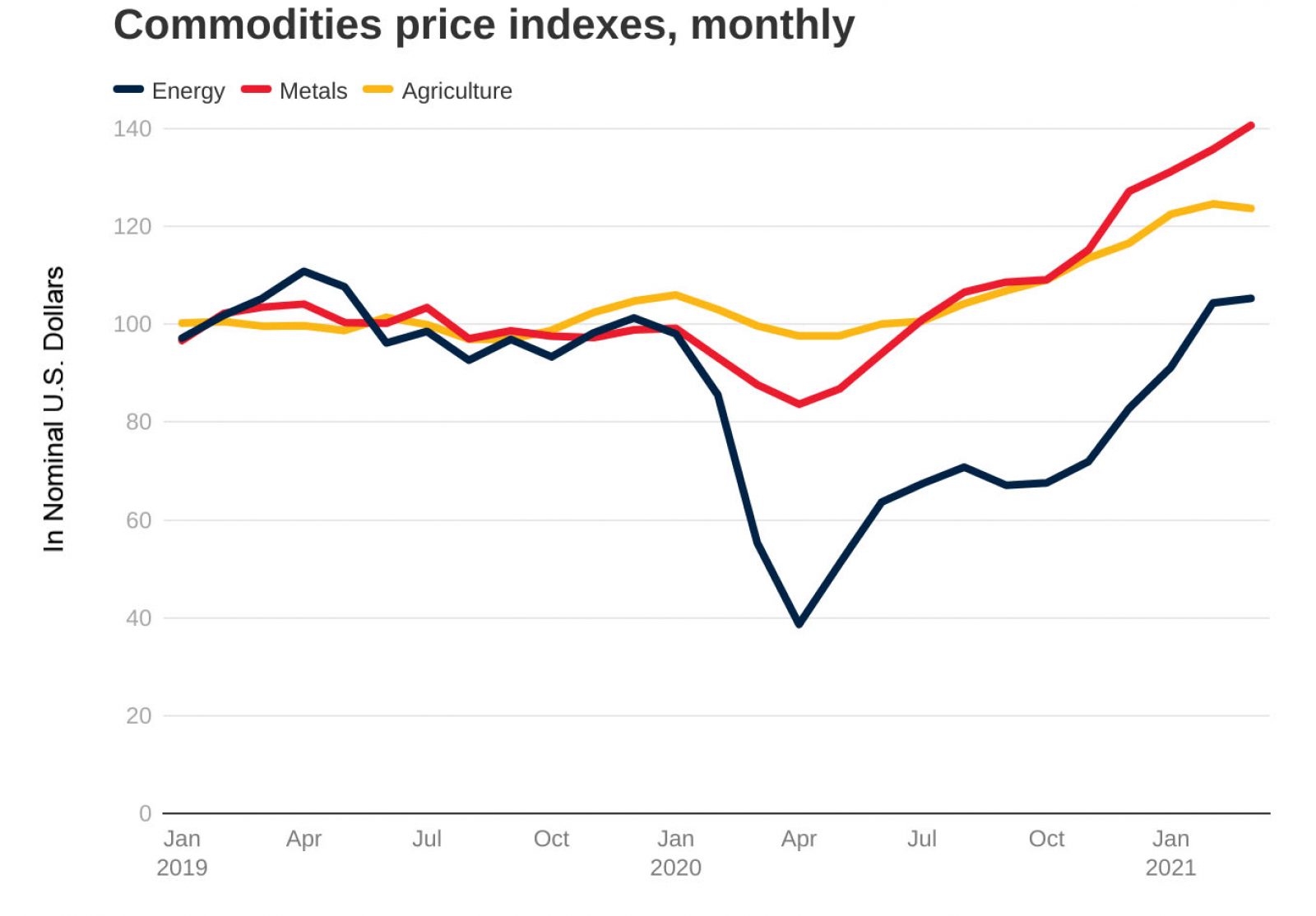 Most global commodity prices were higher than their pre-pandemic levels during the first quarter of 2021. Metal prices are expected to continue their upward trend, rising by 30% during 2021, according to the World Bank. This jump in commodity prices parallels the rise in global economic activity, the impact of stimulus bills and changes in supply factors.

The crude oil industry saw a record-fast recovery after a price and demand collapse in 2020. The predicted average cost of crude oil for this year is $56 per barrel —  about one-third higher than its cost in 2020. Natural gas prices also rose by one-third as a result of increased demand during the winter season.

The World Bank expects that price levels will “remain close to current levels throughout the year” driven by “global economic rebound and improved growth prospects.” The report notes that all commodity markets heavily depend on how long the economic implications from the pandemic last and how well the risk is managed by governments.

Journalistic efforts were completely blocked or severely disrupted in 73% of the 180 countries analyzed in the 2021 World Press Freedom Index. Last year, only 7% had a “favorable environment for journalists,” compared to 8% of the countries in 2019.

“The coronavirus pandemic has been used as grounds to block journalists’ access to information sources and reporting in the field,” the report notes. The largest drop in ranking was Malaysia — down 18 places at 119 — as a result of increased censorship. Countries in Asia, the Middle East and Africa ranked the lowest due to internet censorship, surveillance and propaganda — especially in China, which ranked 177th.

Norway ranked first in the index, followed by Finland and Sweden. Europe and the Americas remain the most favorable continents for press freedom, despite “abuses” and “violations” against press freedom increasing. At the same time, the public is putting an increasing amount of trust in business, as opposed to media, along with expectations for social leadership, according to Edelman’s latest Trust Barometer.