Employee Experience Rises to the Top of HR’s Plans

Nearly half of HR teams across the United States plan to improve their analytics on workforce modeling, reskilling and pay equity. The new Mercer Global Talent Trends report — based on a survey of 163 HR leaders — identifies areas of focus for HR teams: environmental and social concerns, reskilling, using data to ensure accountability and inspiring the workforce.

Fifty-three percent of HR leaders say they are “tying ESG goals to [their] purpose and keeping the purpose visible to employees.” Some teams are increasing their spend on reskilling and rewarding employees for new skill acquisition. “The next step on the maturity curve after understanding different employee group needs,” the report says, is using “AI to offer inclusive benefits.” Forty-five percent of employers are adding benefits that address mental health issues, and nearly a quarter are training managers to spot mental health issues.

These areas of focus reveal how significantly the employee experience has come to the fore and is driving HR’s transformation. The report notes that leading with empathy and cultivating trust with employees will be the keys to success in long-term reinvention strategies. 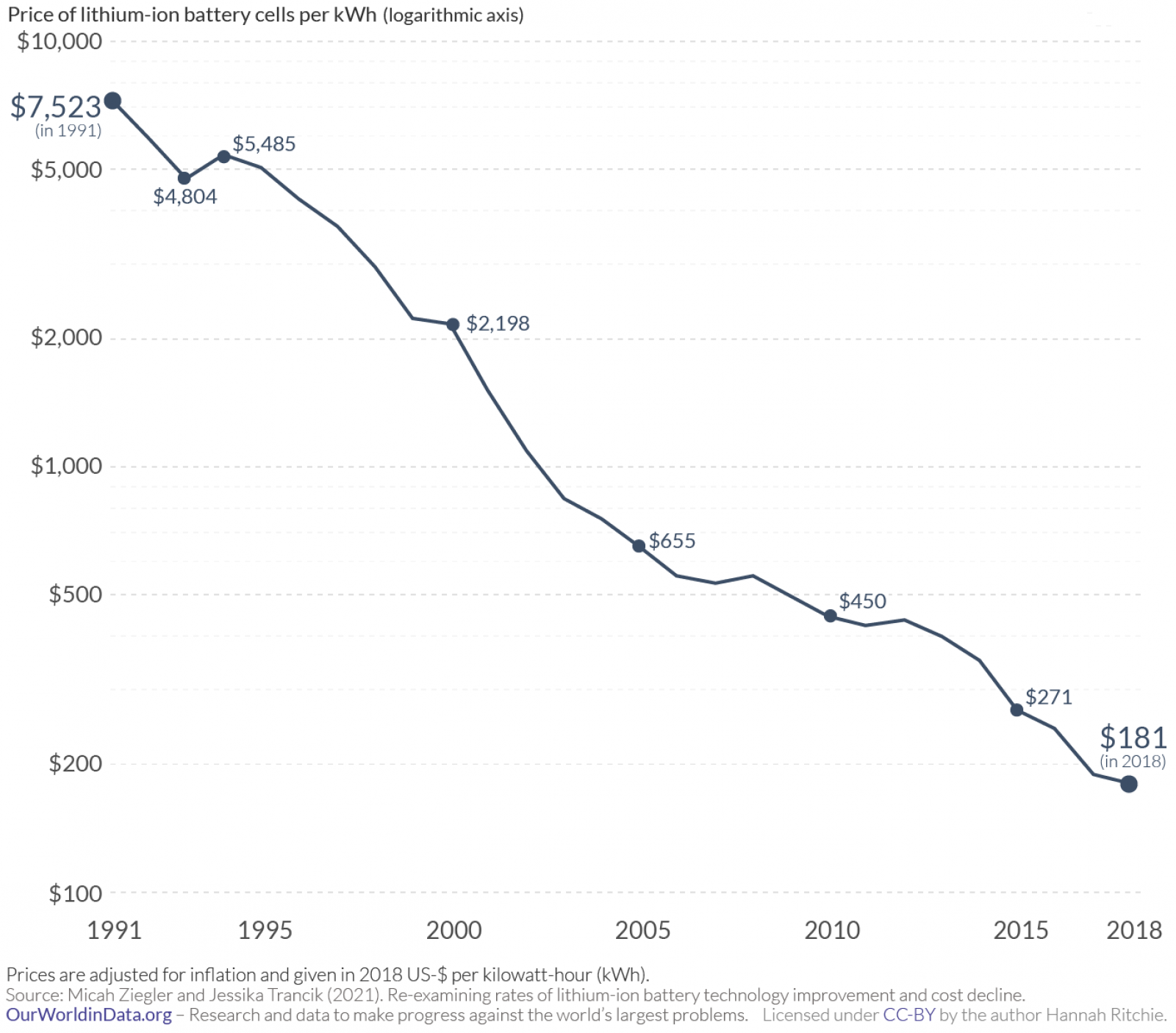 The price of lithium-ion battery cells fell by 97% over nearly three decades — since they were first commercially introduced in 1991. The cost halved in just four years, according to Our World in Data, and it’s still declining. Thirty years ago, a battery with a one kilowatt-hour capacity cost $7,500; that same battery cost $181 in 2018.

Improvements in production and technology — batteries are getting smaller and lighter — are contributing to the declining cost of lithium-ion batteries. Additionally, each time installed capacity doubles, prices fall 19% on average.

Battery technology is becoming crucial in storing energy, accelerating the electrification of transportation and expanding the use of stationary batteries. The cost of renewables, previously a barrier in reducing global greenhouse gas emissions, now matches the cost or is cheaper than new fossil fuels.

How Does US Infrastructure Spending Compare Internationally? 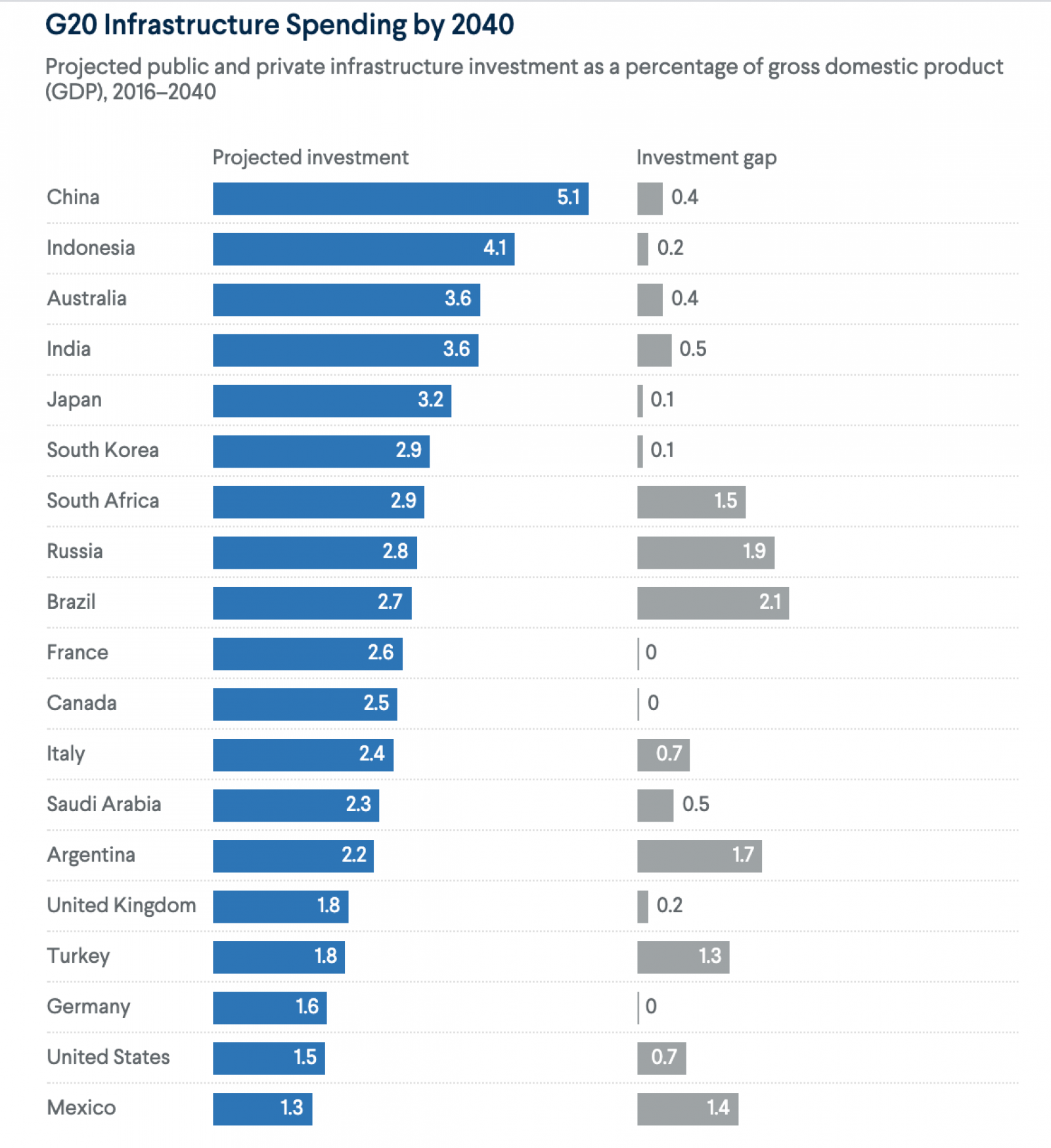 The U.S. population has more than doubled since the 1960s, when most of the country’s infrastructure systems were created. Experts believe that making further investments in infrastructure could boost long-term U.S. competitiveness, better equip the economy to handle climate-related shocks and create jobs. 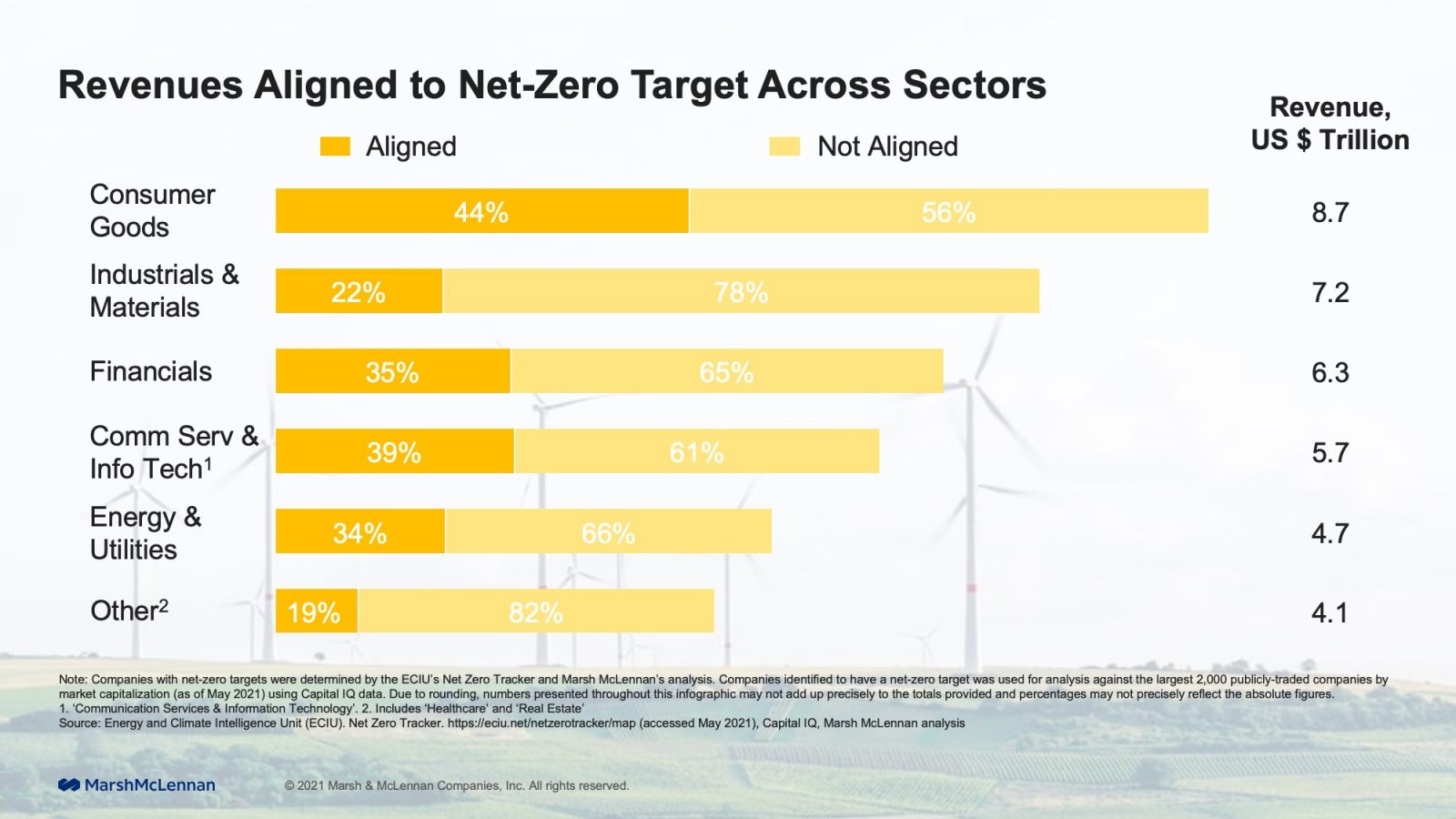 As COP26 approaches, momentum to set net-zero emissions targets among large corporations is growing, thanks to initiatives such as the UN Race to Zero Campaign, The Climate Pledge, Business Ambition for 1.5°C, and the Glasgow Financial Alliance for Net Zero. Over 350 of the 2,000 largest listed companies in the world have now announced net-zero targets, covering around a third of total revenues.

However, net-zero ambition varies significantly across sectors. Among the largest listed companies, the Consumer Goods sector has the largest share of revenues – 44% – covered by net-zero targets, which is twice the proportion of Industrial and Materials companies. However, it is in high-emitting, hard to decarbonize sectors such as Industrials & Materials that more ambition is most needed. For example, analysis of European corporates by Oliver Wyman and CDP revealed that the Industrials & Materials sector was responsible for 35% of Scope 1 and 2 emissions, but only 5% of low-carbon investments in 2019.