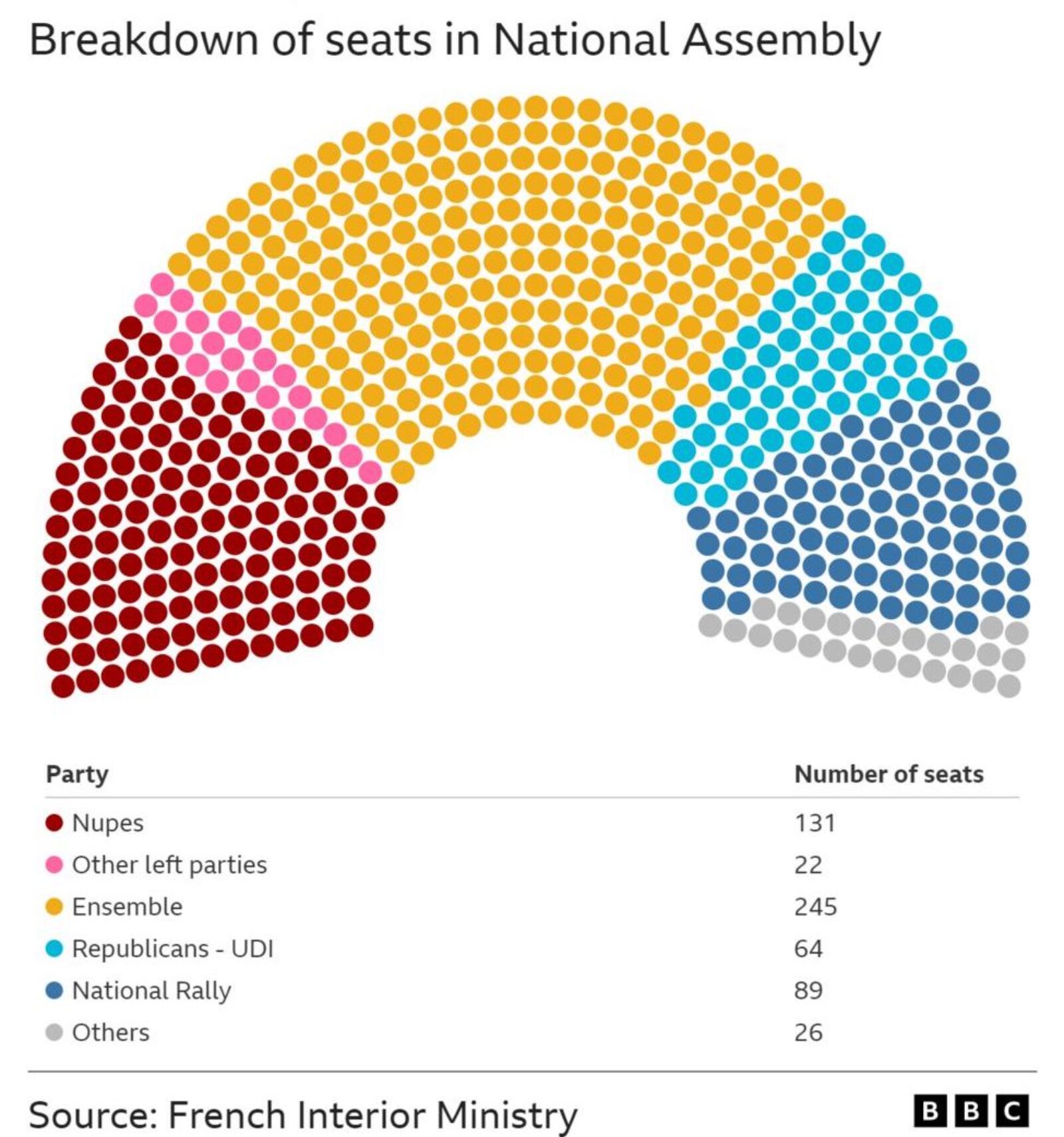 President Emmanuel Macron lost his absolute majority in the French National Assembly after voters gave more seats to the far left and right in Sunday’s legislative elections. President Macron’s centrist coalition held onto 245 seats in the lower Parliamentary house, well short of the 289 seats needed to maintain a majority. The loss of dozens of seats will cause friction in the president’s second term as he negotiates with opposition parties.

Far-left leader Jean-Luc Mélenchon successfully brought together more mainstream left parties with the Communist and Greens into an alliance called NUPES (New Ecological and Social Popular Union). NUPES now has 131 seats in the Assembly, making it the largest opposition force in France.

Marine Le Pen and her far-right National Rally party also gained ground, turning eight seats into 89. Le Pen, who lost the presidential election to President Macron in April, helped win the record number of seats for the National Rally with her efforts to attract voters during her presidential campaign.

Employees Are Happiest Working From Home 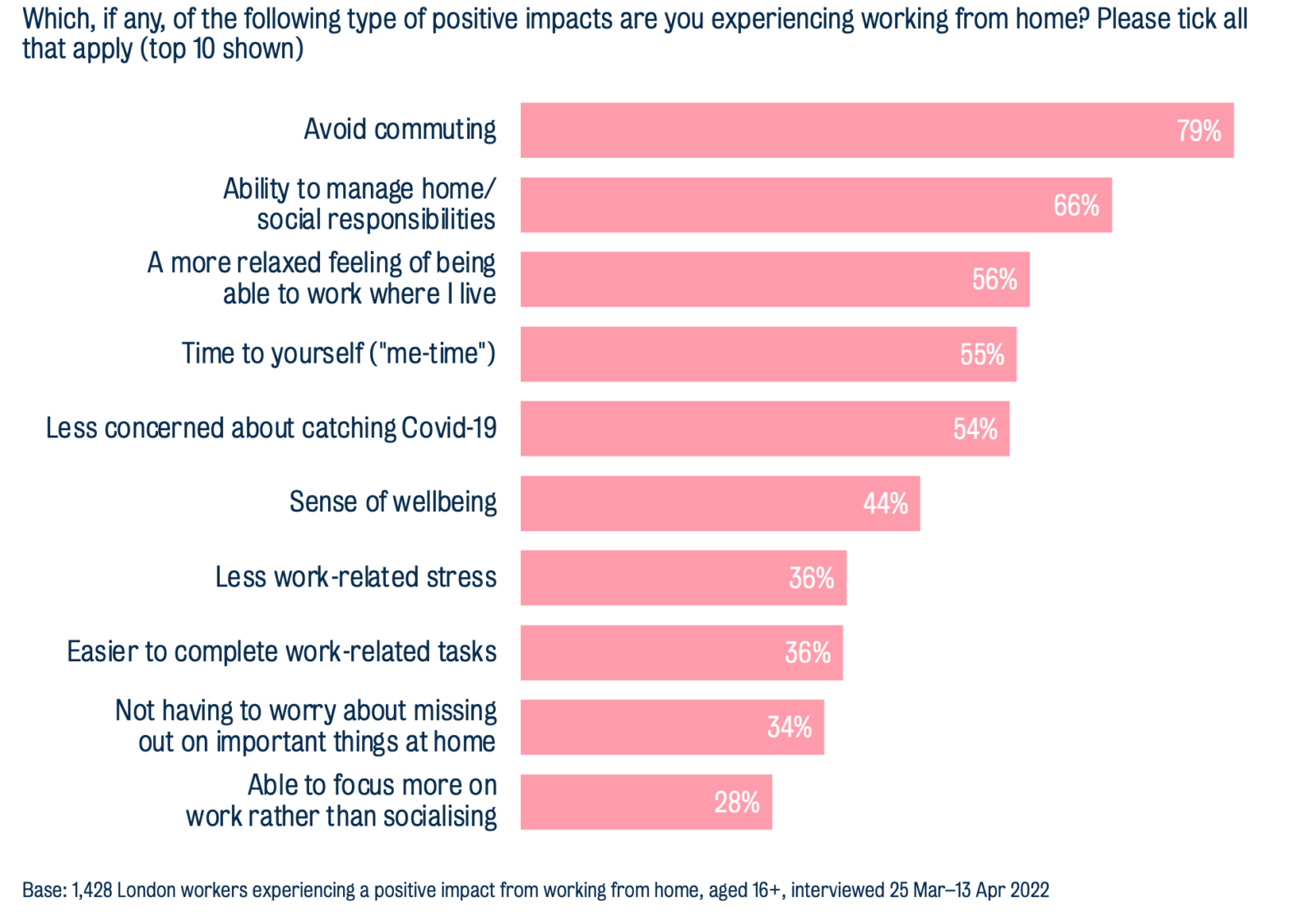 The vast majority of workers prefer to work from home rather than return to the office, shows a new study from the Policy Institute and King’s College London. The survey of over 2,000 London-based workers reveals that 75% of workers believe that we’re never returning to the previous model of working full-time in an office.

Eight out of 10 workers say working from home at least once a week has a positive impact on their lives. The top benefits of working from home include no commute, being able to manage home and social responsibilities, less stress, and less exposure to COVID-19.

Women (84%) are more likely than men (76%) to say that remote work has improved their quality of life, and their ability to manage responsibilities at home. Older workers are also more likely than younger workers to experience a positive impact. Contrary to popular assumption, there is no significant difference between introverts (82%) and extroverts (79%) who enjoy working from home.

Black American Unemployment Rate Is Double That of White Americans 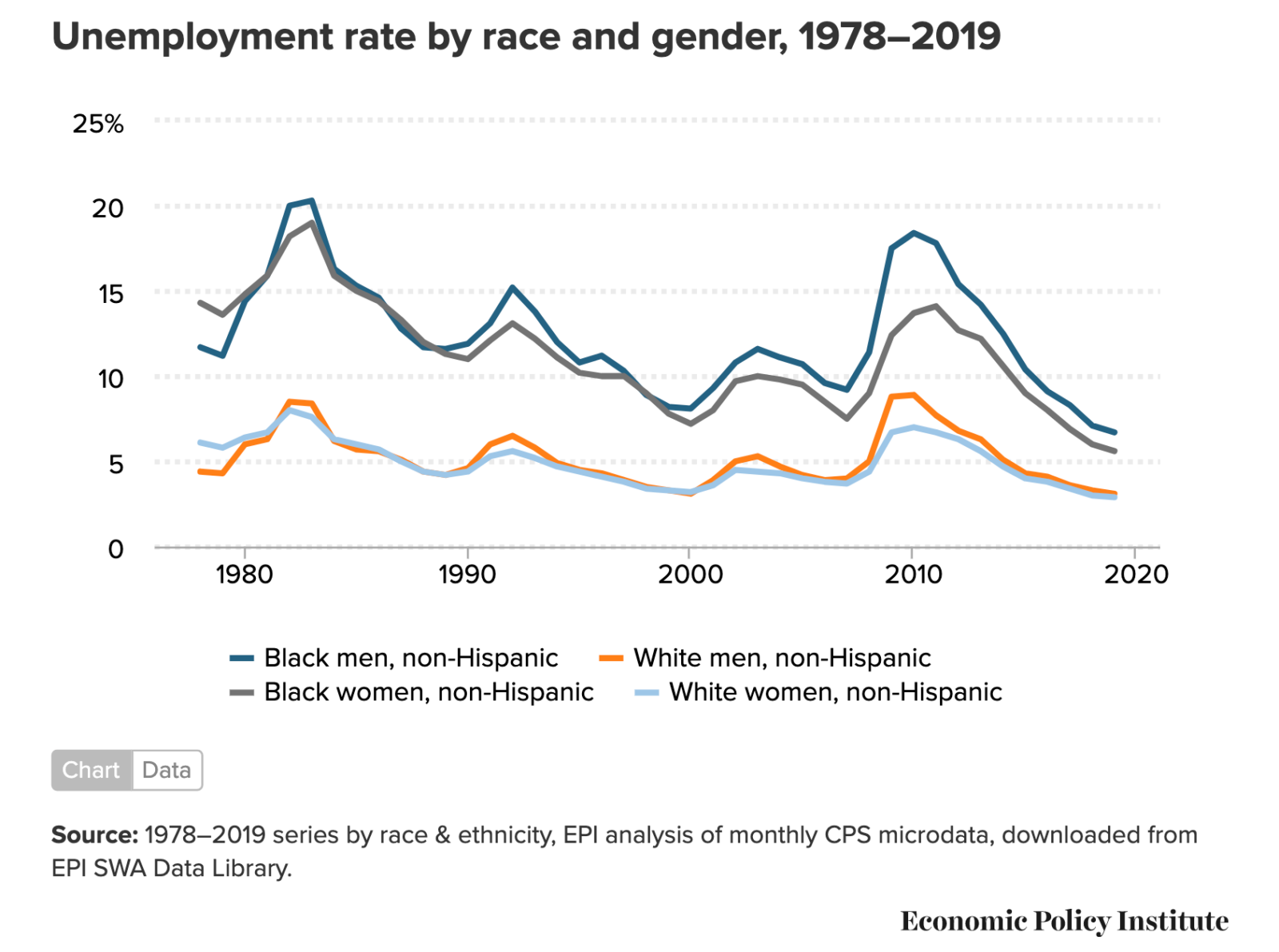 The usual factors cited to explain this gap—differences in education, experience, or skills—fall short of explaining the racial inequality in the labor market without factoring in discrimination. The 2:1 ratio between Black and white workers remains the same, despite gains in educational and skill attainment by Black Americans over the past four decades. 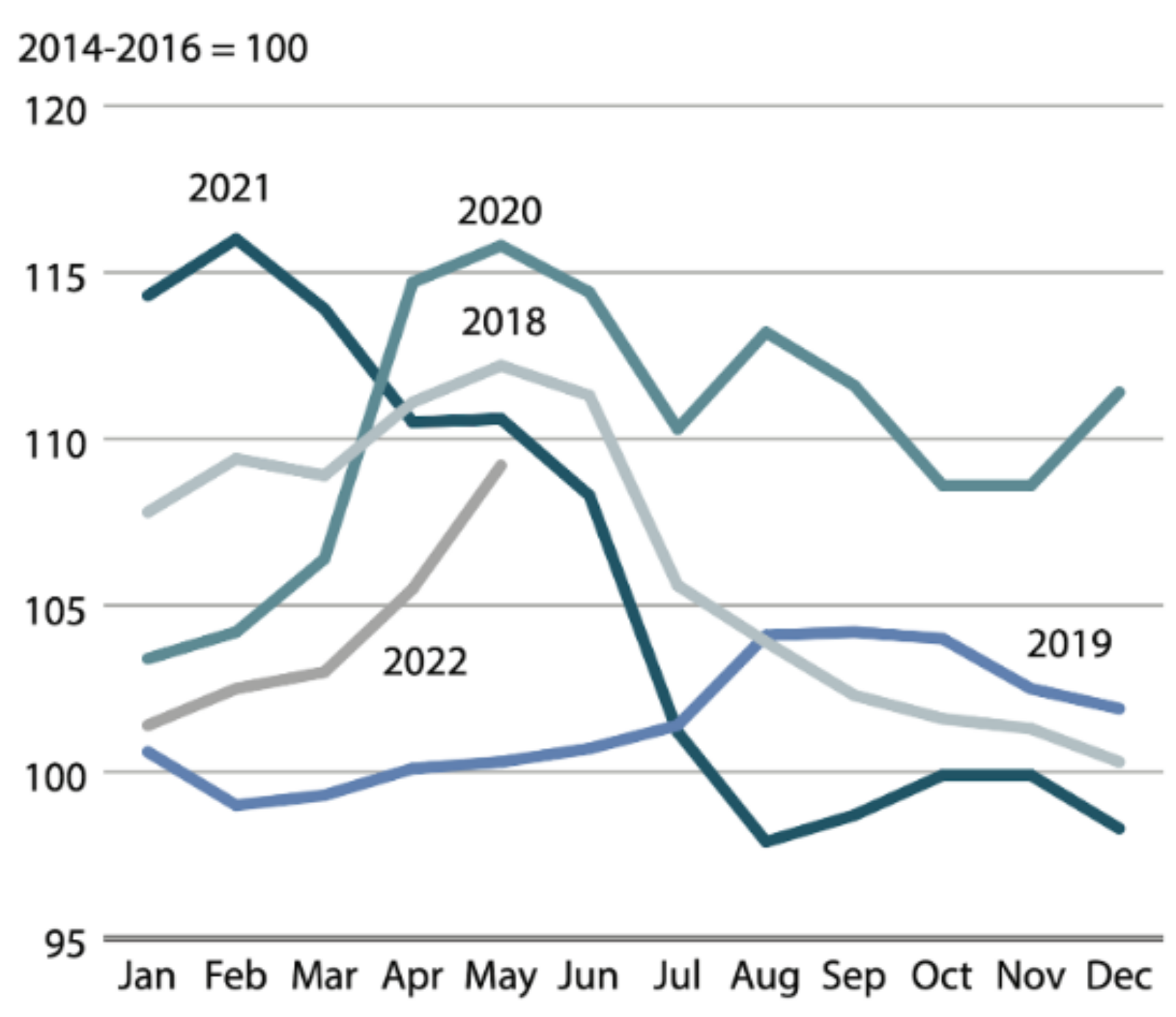 The price of rice continues to rise for the fifth consecutive month as global food prices soar to record highs, reports the Food and Agriculture Organization (FAO). Rice, a staple food throughout much of the world, has been more resilient against the price increases affecting other food commodities because of abundant harvests. But international rice prices have been rising since the beginning of the year and are now 11% higher than they were at the end of 2021.

Food prices have been rising precipitously around the world, as a result of Russia’s invasion of Ukraine, higher energy and fertilizer costs, and other factors like food export bans. Wheat, another global food staple, has been particularly affected by the Ukraine crisis, with prices rising 55% since last year. Steep wheat prices could lead to an increased demand for rice, potentially pushing rice prices higher as the conflict continues.

The FAO warns that countries are expected to spend a record $1.8 trillion importing food this year, placing low-income countries at high risk for a food crisis.

American Businesses Have More Work to Do on Racial Equity 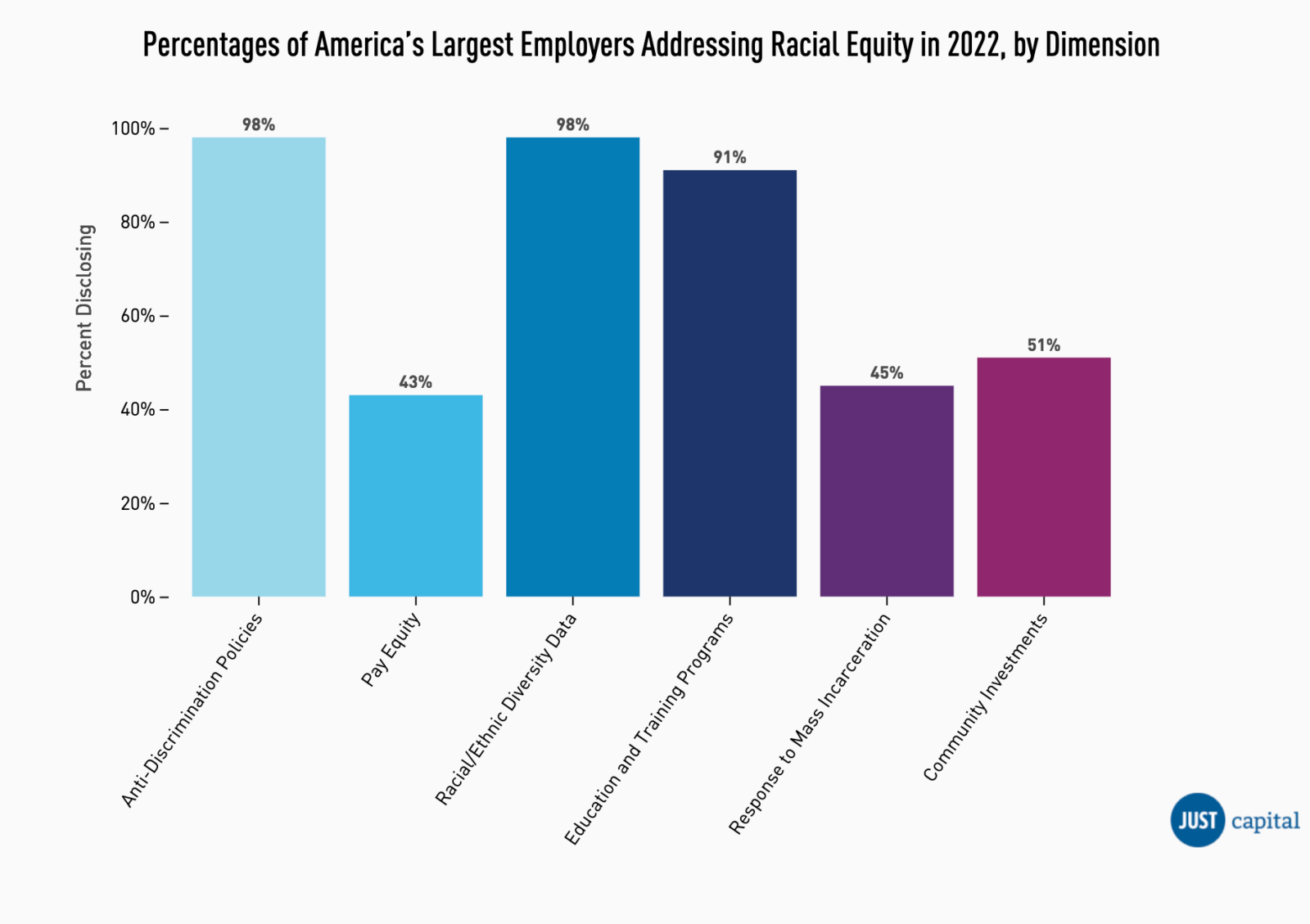 In the wake of George Floyd’s murder by police, businesses across the U.S. committed to increasing racial diversity and equity. But in the two years since, how many have followed through?

The greatest progress has been made in disclosing diversity data and pay ratios, according to JUST Capital’s 2022 Corporate Racial Equity Tracker. Of the 85 largest employers in the U.S., the majority disclose racial diversity data — 91% of companies now share their data on workforce diversity data, and 95% share board diversity data.

Fewer companies share salary data, though the increases were significant over the past two years: Racial pay equity analysis increased from 34% to 45%, and disclosure of pay ratios by race increased from 14% to 24%.

These issues remain important to consumers and investors: A recent JUST Capital survey found that 92% of Americans believe it is important for companies to promote racial diversity and equity in the workplace. And 68% of Americans, and 87% of Black Americans, believe companies have more work to do.