Upending Conventional Wisdom on Pollution, Trade and the Race to the Bottom 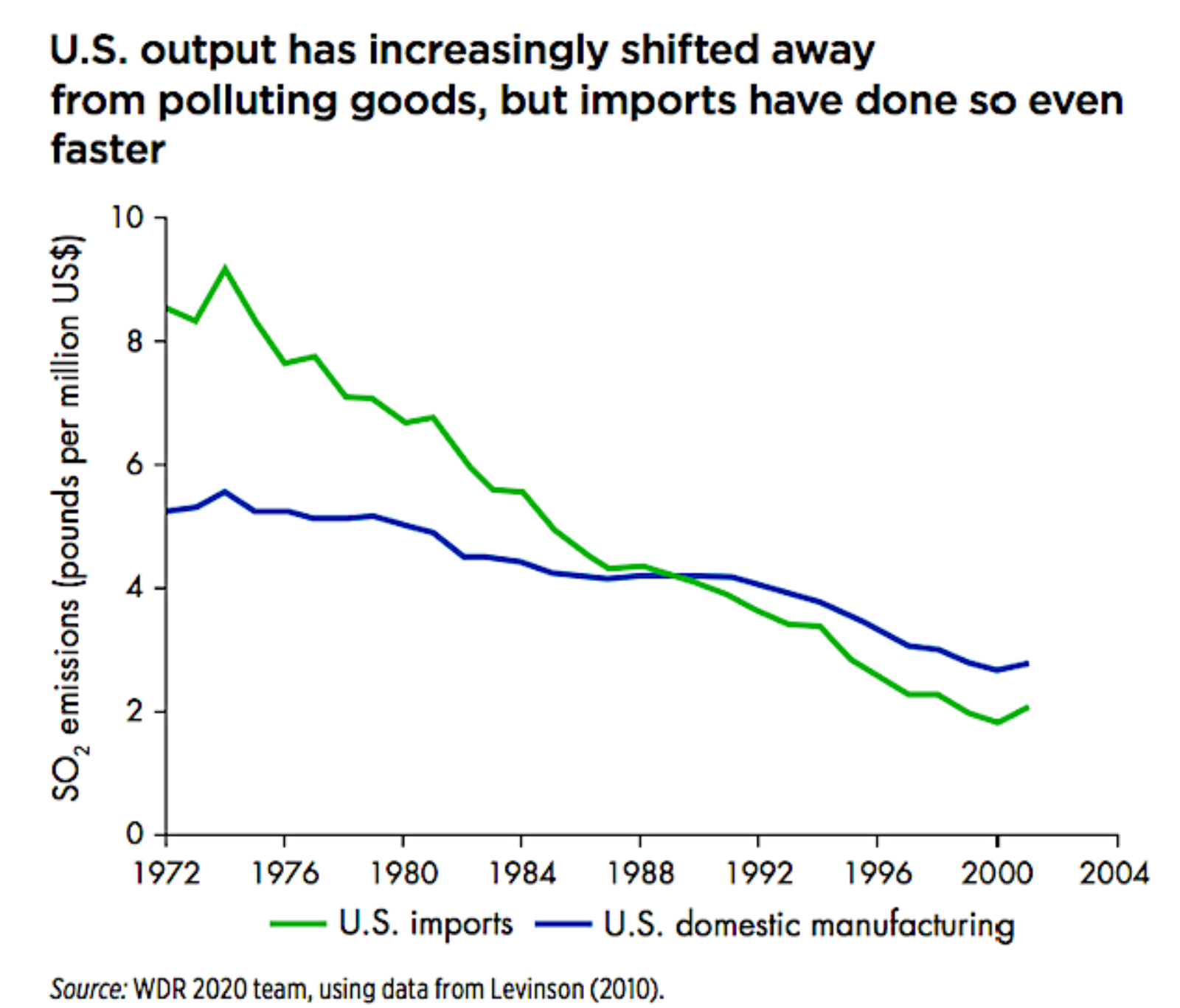 One might anticipate that increasingly tight environmental restrictions, coupled with falling trade costs, might inspire a race to the bottom, as producers relocate to countries with less stringent regulations. However, new research by the World Bank, published in the World Development Report 2020, finds that this hypothesis has not been borne out.

Looking at the United States as a case study, the report observed that emissions from U.S. manufacturing fell between 1990 and 2008. However, “contrary to the conventional wisdom about industrialized countries ‘offshoring’ production of polluting goods, imports to the United States have been shifting away from pollution-intensive goods even faster,” wrote the report’s authors. 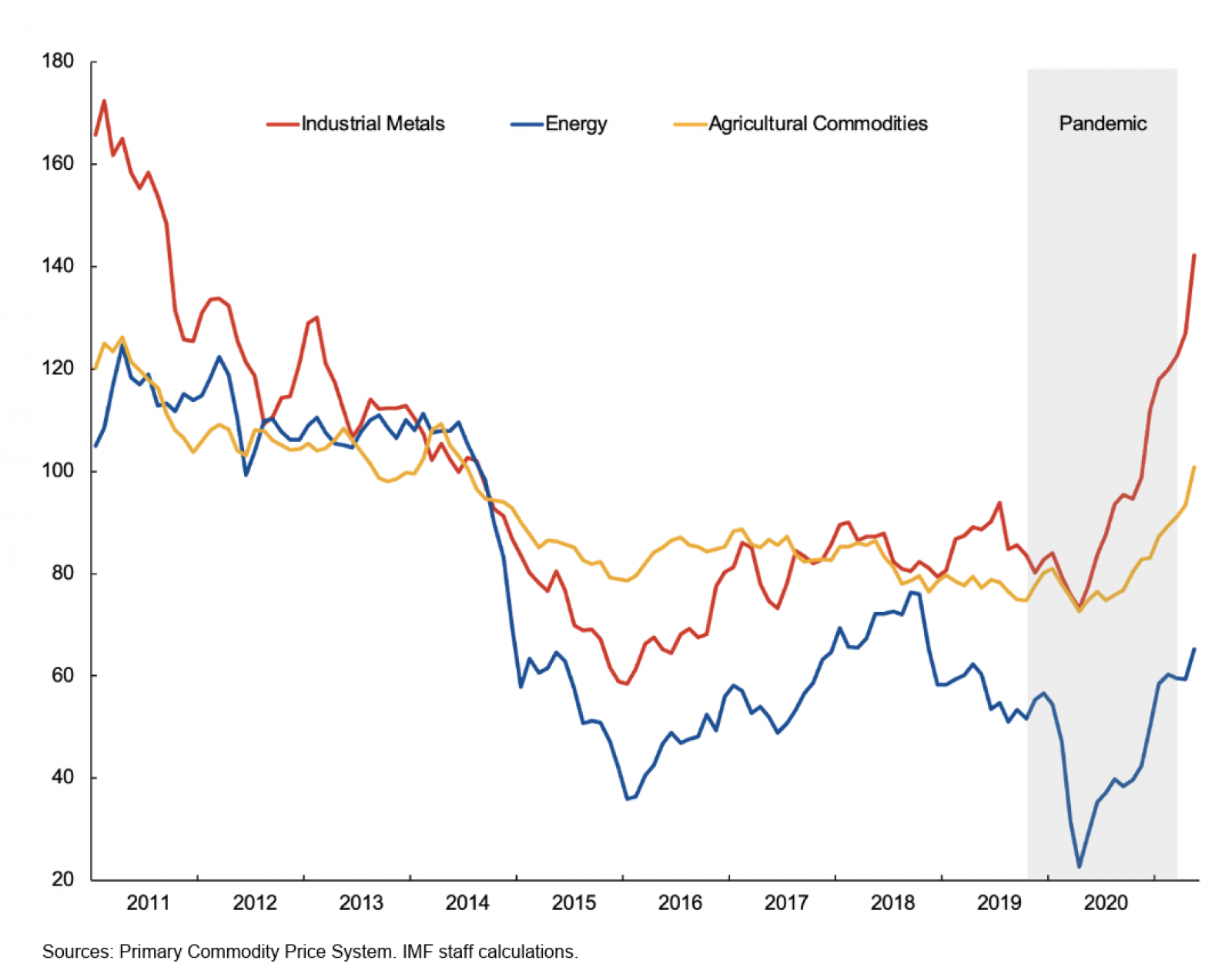 Global industrial metal prices reached a nine-year high in May, with a 72% increase compared to pre-pandemic levels. Of the metals reviewed, the price of copper is up 89% year-over-year, iron ore is up 116% and nickel is up by 41%, according to the IMF.

Four factors contributed to metals’ soaring prices: manufacturing activity, supply chain disruptions, storability and a push for a greener economic recovery. Many mining operations temporarily paused due to COVID restrictions, and freight rates for transportation of bulk materials reached a 10-year high — both attributing to the cost of metals.

Market predictions indicate that industrial metal prices will rise a further 50% YoY; however, prices are then expected to decrease by 4% in 2022. As the U.S. and EU introduce high-scale infrastructure projects, demand for copper, iron ore and other industrial metals could spike to accommodate a quicker energy transition. 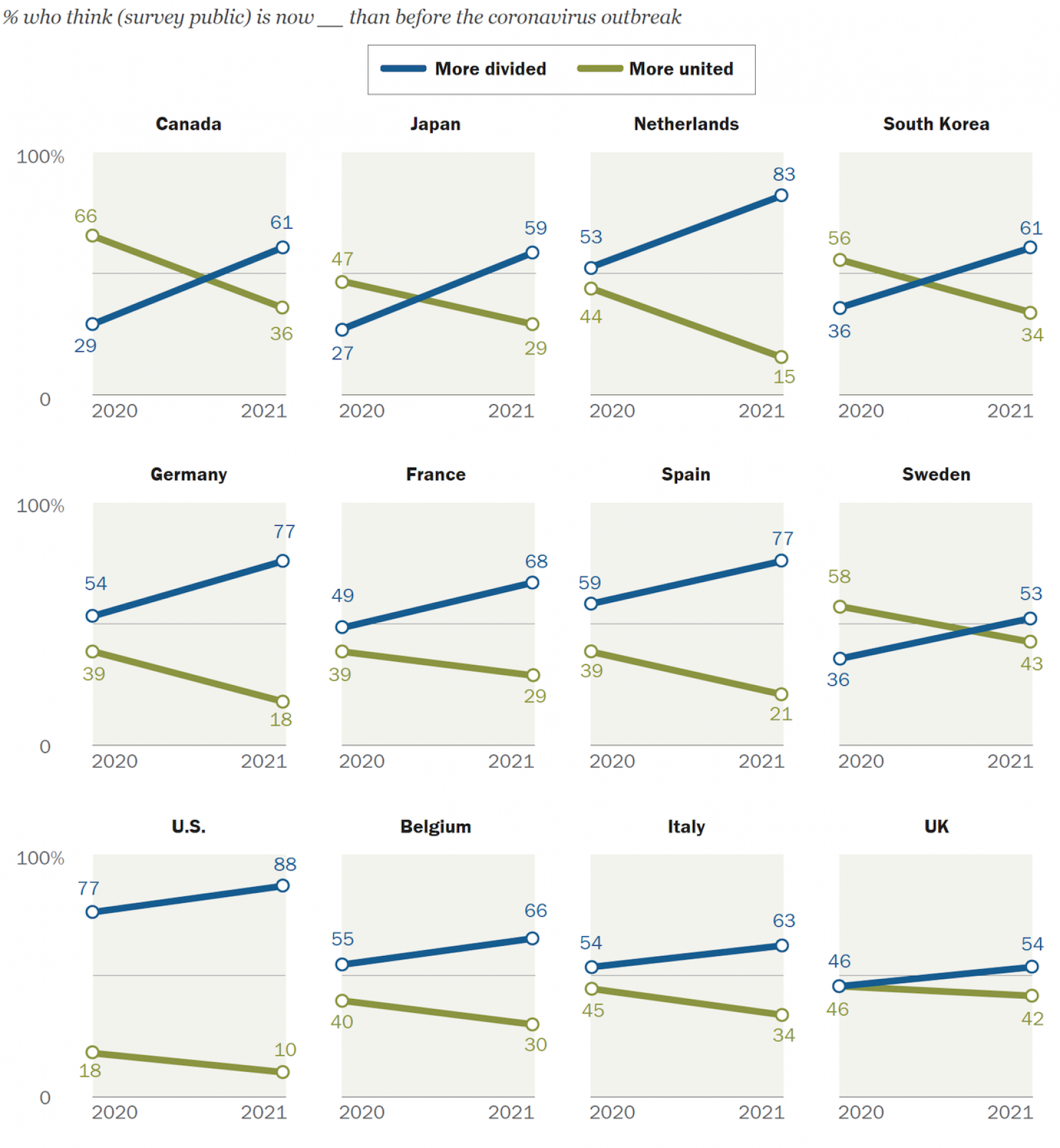 Over sixty percent of the publics surveyed feel their countries are more divided now than prior to the pandemic. Among 17 advanced economies, more people in the U.S. (88%) felt increased division compared to any other country, followed by the Netherlands, Germany and Spain. Only 34% of countries surveyed feel more united this year, according to Pew Research Center.

As economies recover this summer and vaccine distributions continue, 75% of respondents have confidence that their health care system can handle future global health emergencies, but a median of 65% continue to feel the day-to-day impact of COVID-19 a great deal. 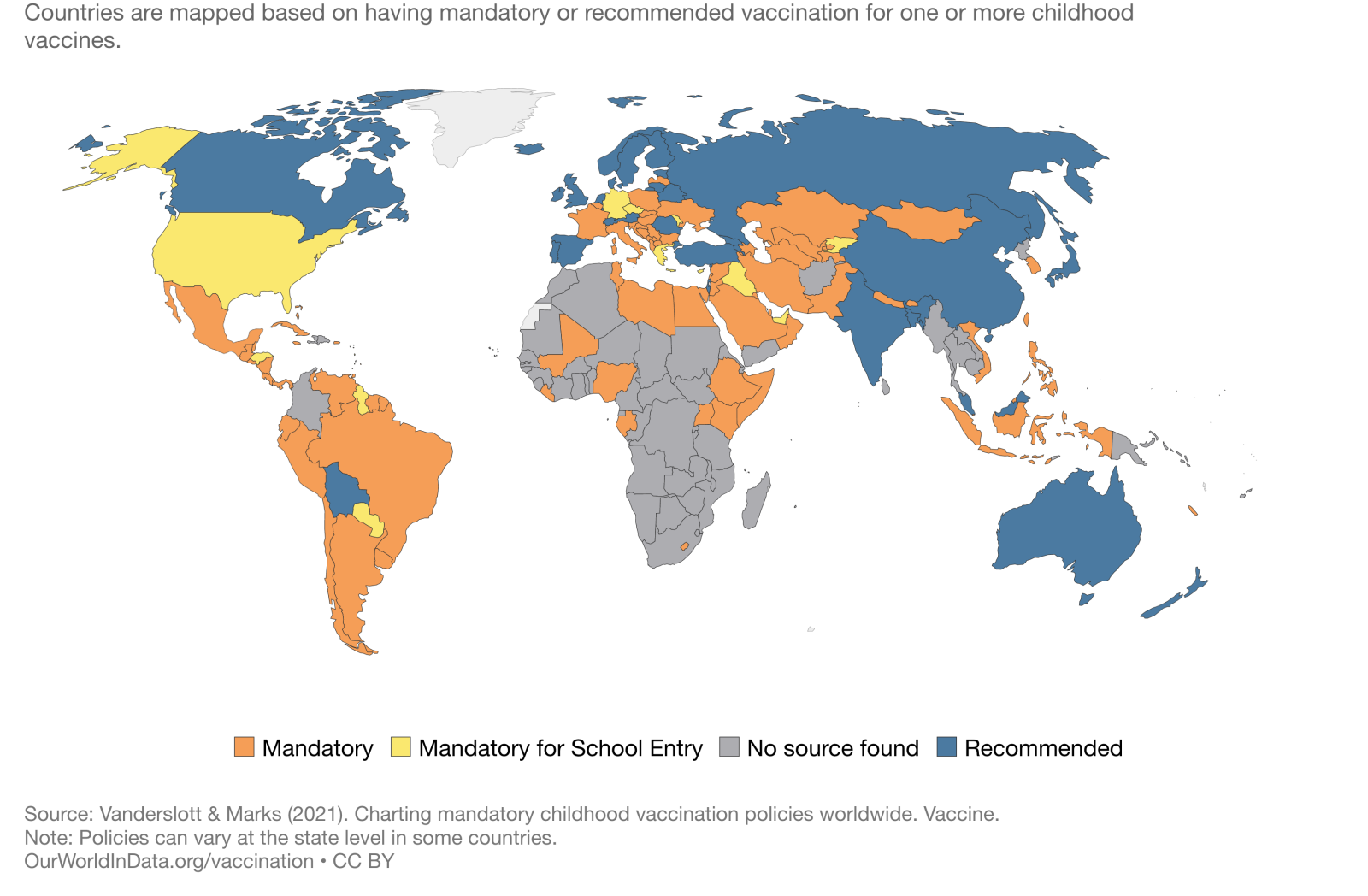 Various vaccinations for children are mandatory in 89 countries, recommended in 32 countries and required for school entry in 20 countries. Vaccines have helped reduce the likelihood of child mortality, measles, mumps, rubella, polio, hepatitis B and tuberculosis, to name a few.

Our World in Data found that disease outbreaks are a major driver of enforcing mandatory vaccination, followed by a lack of other policy alternatives. About half of the countries in Europe do not have mandatory vaccinations, whereas 29 out of 35 in the Americas do. Many low- and lower-middle-income countries have mandatory policies but miss their target vaccination rates due to vaccine supply, delivery and access limitations — similar to what they are encountering with the COVID-19 vaccine.

Although no country has made the COVID-19 vaccine mandatory for its population, some are considering the idea. Many countries are also offering the vaccine for children aged 12 and above, with the U.S. vaccinating more than 600,000 children in less than a week.